The candidates in the race for N.H. Senate District 10, which covers 15 Monadnock Region communities, largely agree on what the biggest issues facing the area are. But they say they would take very different approaches to address these challenges, which include the COVID-19 pandemic, health care and public education funding.

The two candidates differ on their view of the state government’s appropriate role in responding to issues such as the coronavirus outbreak. Kahn favors greater government involvement, in order to provide services for people who need them.

“And during this pandemic, there have been a lot of people who’ve experienced job loss and income insecurity that haven’t faced that before,” said Kahn, who before winning a seat in the Senate served as a Keene city councilor and longtime administrator at Keene State College. “... I think I’ve proven to be an effective advocate for my constituents as they face unexpected crises during this pandemic.”

For instance, Kahn said a bill he sponsored to expand access to telemedicine has helped Granite Staters continue to receive health care during the pandemic.

LeClair, on the other hand, said his top legislative priority would be ending New Hampshire’s state of emergency, which he views as government overreach.

“I’m not a big fan of government telling people what to do,” said LeClair, who works as head of business development for Superior Walls by Weaver in Swanzey, and previously owned his own construction business and served as a Winchester police officer.

The state should work to direct federal funding to people and businesses that have been most hurt by the pandemic, LeClair said. But he also believes Gov. Chris Sununu’s emergency orders have allowed for municipal mask mandates, like the one the city of Keene enacted in August, which LeClair thinks are unconstitutional.

“When I go into small businesses and locally owned businesses and restaurants, I put a mask on because that’s what you do, you respect their rules and regulations and what they want their customers to do to keep other customers safe,” he said. “We don’t need government to tell us what we have to do.”

“People complain about funding for public education, and Democrats over the last few years have voted down twice the $46 million funding package from the federal government,” LeClair said. “And then they’re the first ones to complain.”

Democrats on the state’s fiscal committee who voted against the funding said it would have strained the state’s existing public education system, according to a report in the Concord Monitor.

Kahn, who chairs the Senate Education and Workforce Development Committee and sits on a statewide commission to study public school funding, said he’s committed to changing the state’s current funding system, which essentially provides an equal amount of money per student across the state. The bulk of public school funding in New Hampshire comes from local property taxes.

“The school funding commission, on which I serve, can see the inequities that less wealthy communities have to tax at much higher rates to achieve the same spending level per pupil as wealthier communities,” he said. “... So, I believe the commission will have recommendations to change the way state funds support communities, with greater emphasis on differentiated needs.”

Kahn added that the state also needs to provide greater support to public colleges and universities to ensure New Hampshire has a well-educated workforce, especially in sectors like health care.

“Before the pandemic, there were 4,000 health care [job] vacancies in New Hampshire,” he said. “So, making sure there are enough seats in health care education programs is important, but we also need a sufficient number of faculty.”

Looking forward on health care, Kahn also said he believes telemedicine will continue to be key, and greater broadband access will be necessary to support that.

LeClair said he believes the state should do what it can to expand access to affordable health care, but he ultimately views that as a federal issue.

“I’m not a fan of Obamacare,” he said, referring to the Affordable Care Act. “Until they’re able to get rid of that and replace it with something that’s going to drive down costs and allow insurance companies to compete for customers, which also drives down the cost, I don’t see the cost of insurance moving too far.” 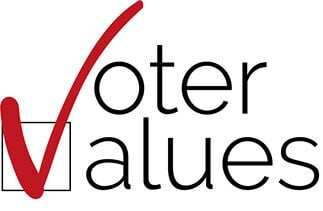