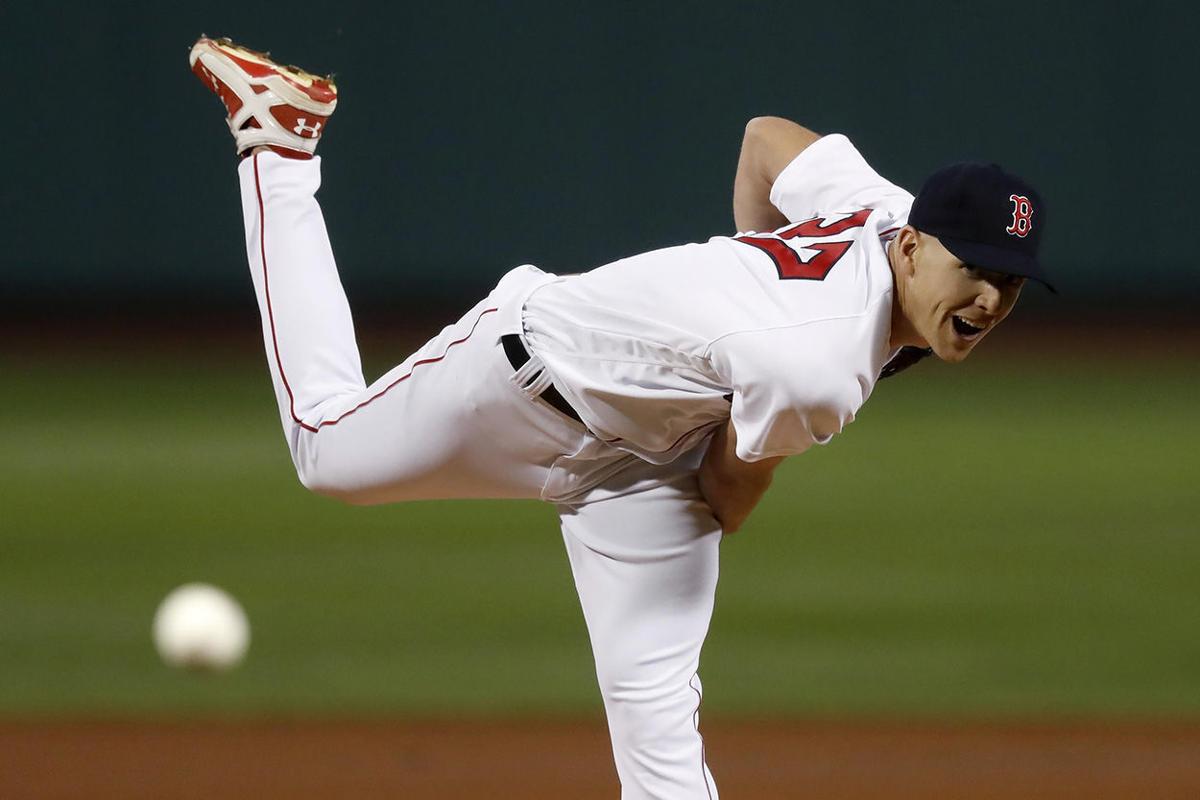 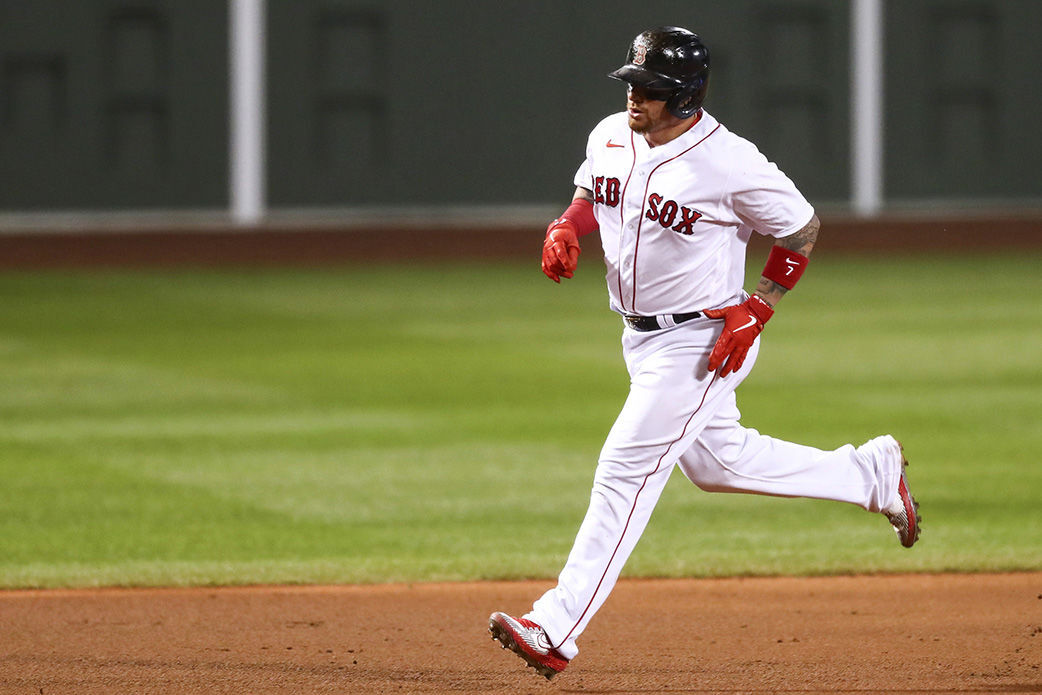 Christian Vazquez rounds the bases after hitting a three-run home run in the 6th inning.

Christian Vazquez rounds the bases after hitting a three-run home run in the 6th inning.

It was a month ago Monday when Chaim Bloom continued to look towards the Red Sox’ future, completing a trade that sent two linchpins of the bullpen in Brandon Workman and Heath Hembree to the Phillies for starter Nick Pivetta.

One month later, it seems to be working out.

Workman and Hembree have struggled mightily since being dealt — something that Red Sox manager Ron Roenicke admitted was surprising, and that was before Workman served up a walk-off home run Tuesday night that put the Phillies’ postseason hopes in jeopardy.

And while Workman, who is a free agent after the season, was walking off the field in Washington, Pivetta was putting the finishing touches on an impressive Red Sox debut, striking out eight and allowing just one run on four hits in five innings of an 8-3 victory over the Orioles at Fenway Park. He was in command of his pitch mix, fooling the O’s lineup all night and showing the Red Sox a glimpse of what they hope is a bright future.

“It was a great start to his Red Sox career,” Bloom said. “He was confident and composed and used both breaking balls really well.”

When the Red Sox acquired Pivetta, they did so with the hope of unlocking his potential. The 27-year-old had a 5.50 career ERA over four seasons, which included 72 starts, and Bloom saw the ability despite the results, and thought the Red Sox were a good match for him to reach a level he hasn’t got to yet.

If Tuesday’s performance is any indication, they might have something going forward, at least a back-end rotation piece. Pivetta showcased a strong four-pitch mix, relying on his slider a little more than usual and overcoming some fastball command issues to come away with an encouraging outing, especially since it was his first one since last July.

“That’s the pitcher that I am,” Pivetta said of using all his pitches effectively. “You can’t go out there with two pitches. Being able to have a solid mix-up of four pitches, which I showcased pretty well tonight, I think that’s just what we’ve been working on and it paid off tonight.”

In the bigger picture, Pivetta’s strong debut was the latest reason for the Red Sox to be optimistic about the future of their starting pitching as the season comes to a close. Once a rotation that was in complete disarray, Red Sox starters in their last five games have posted a 1.04 ERA (26 innings pitched, three earned runs) with a .128 opponent batting average. It’s no coincidence that it’s come with arms that project to be important ones in 2021 and beyond.

Nathan Eovaldi, though he missed a significant portion of the season due to injury, and Martin Perez have had solid seasons and are each finishing strong. Tanner Houck has looked great in his first two career starts, and then there’s Pivetta, who made a strong impression Tuesday.

There is still, of course, some uncertainty at the top of the rotation. Chris Sale will miss the start of next season as he continues to recover from Tommy John surgery, and how Eduardo Rodriguez looks next season as he continues to recover from myocarditis and awaits an offseason throwing program remains to be seen. But if the Red Sox can get them back healthy and pitching at or close to their best, with those other arms or anyone else who emerges behind them, they actually have some hope within their rotation moving forward.“You look forward to seeing new guys come and when you see them start this way, it’s no doubt you’re looking at next year and what could happen and the possibilities,” Roenicke said. “I know Chaim and his crew will look at that and figure out where everybody fits in, but the more arms you have, it is vital to have depth in your starting staff because you know they’re not going to make it through the season, not five guys. So I think it’s really important down the road, for the future trying to get some guys, some younger guys and hopefully we have them here for a long time. …

“When you look at Eddie being back next year and Chris whenever he is able to get after it again, and you look at a couple of these guys, it’s a good feeling going forward.”

Pivetta will get one more start — Sunday’s season finale against the Braves — and he can help end the year on a high note for the rotation as the Red Sox look forward to 2021 and beyond. A month ago, during a season of record lows within their starting rotation — which at times wasn’t a rotation at all — that seemed almost impossible.

“I think it’s huge,” Pivetta said of his late-season chances. “I’m given two opportunities to showcase myself and do the best I possibly can. I’m looking forward to every opportunity I have and just moving on from that.”