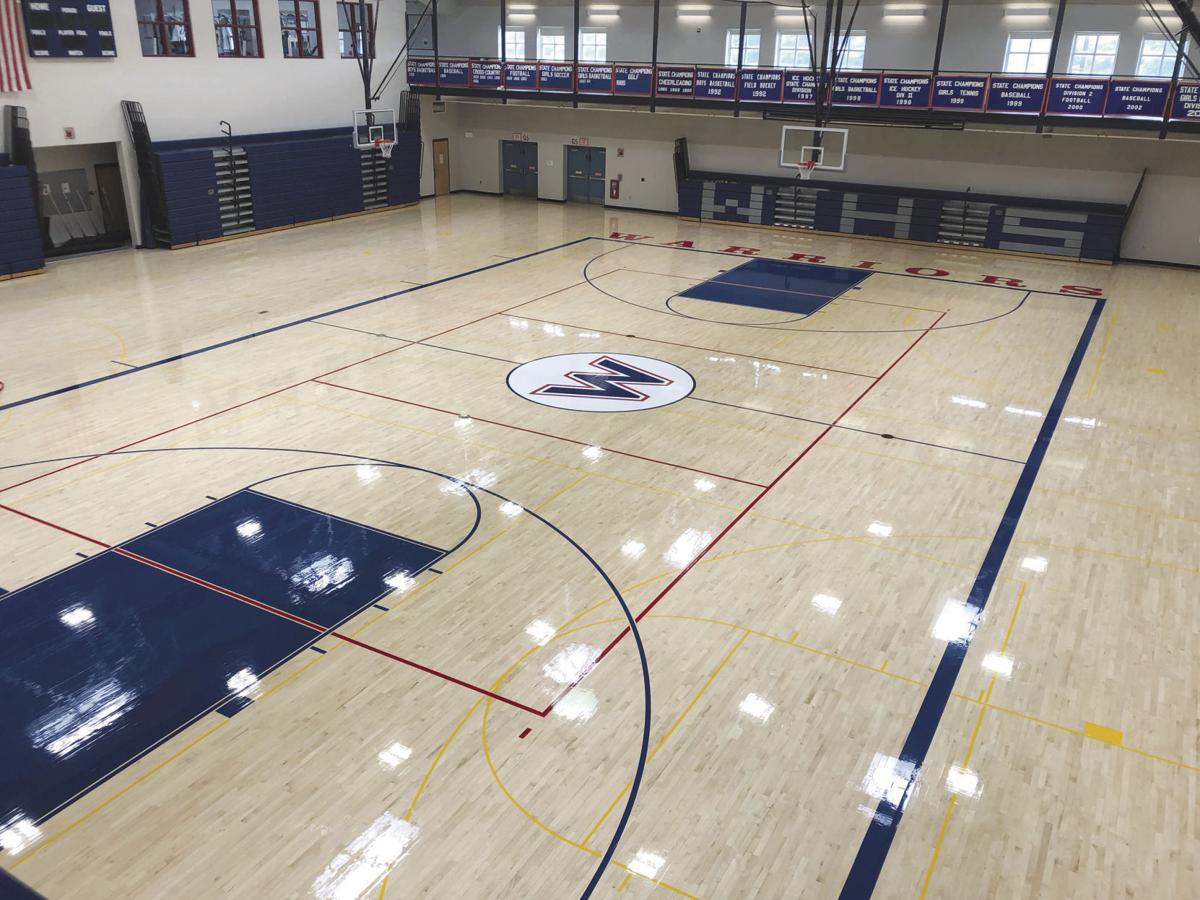 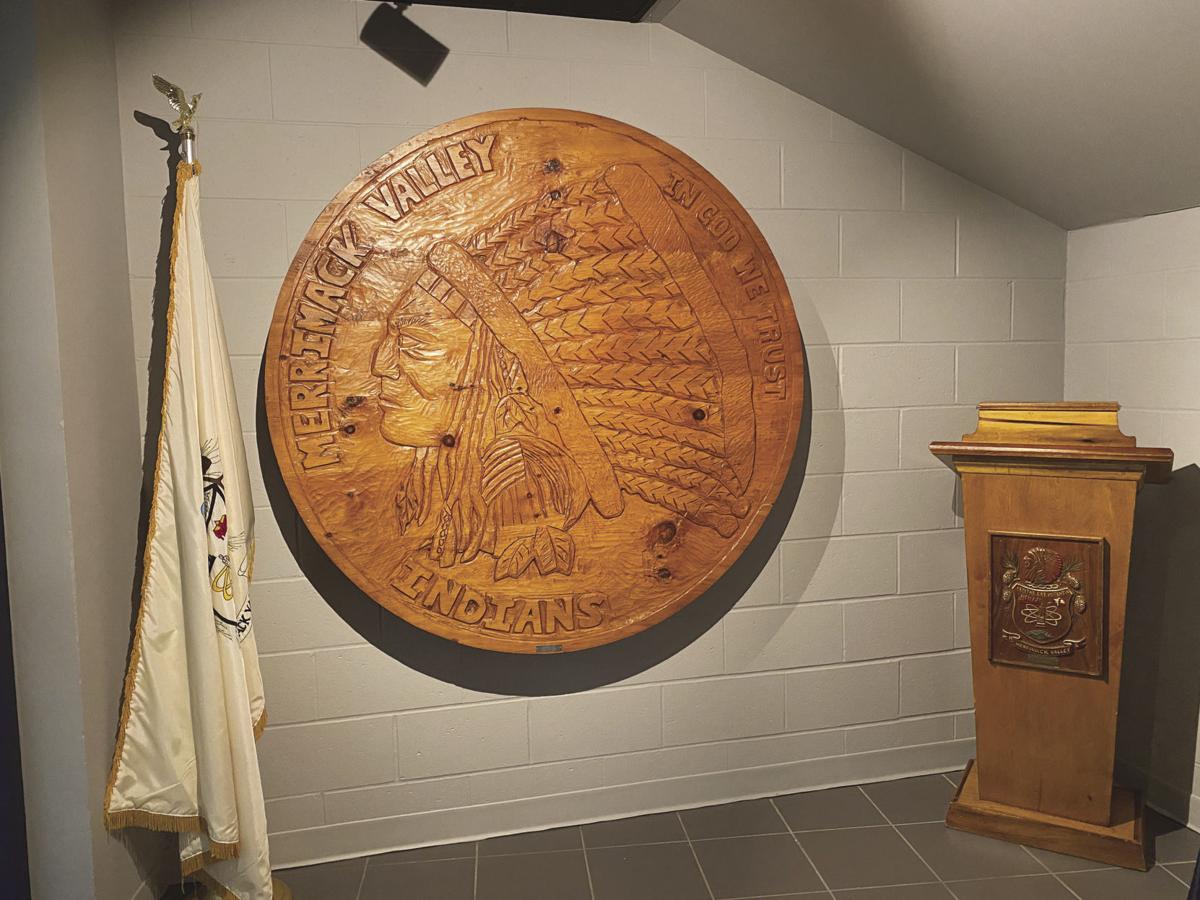 After efforts to change the “Red Raider” mascot at Spaulding High School were shot down by the Rochester School Board last September, Connor Lempke did not give up. Instead, the rising senior decided to take the issue all the way to the state legislature.

“I want our school to be an environment where everyone from every background can be accepted and not have to look at something that they see as a caricature of themselves,” Lempke said.

It’s been 19 years since the N.H. Board of Education endorsed a prohibition on Native mascots in schools. Since then, progress toward a ban has been slow and not at all steady. More recently, a year has passed since the state Commission on Native American Affairs implored Gov. Chris Sununu to take action and did not receive a response. Advocates who have been working to end Native mascots in the Granite State for years are now hanging their hopes on a new strategy: legislative action.

Lempke and a Spaulding High teacher scanned through state legislators’ voting histories online, searching for a representative who might support the movement. They found an ally in Rep. Gerri Cannon, D-Strafford, who readily took on the idea and is now crafting a bill that would ban Native American mascot names and logos in New Hampshire schools.

“I have to applaud the students,” Cannon said. “They’re fighting to change the world that we live in to be more accepting of others … to protect our Native American brothers and sisters who are a major part of who we are as a country. They were the indigenous population here in North America. This is their land, and we need to support them and honor them, not degrade them.”

The Strafford representative plans to submit a draft of the legislation in September, at which point she will work with the Office of Legislative Services to further develop the bill before it is assigned to a House committee at the start of the new session in January.

In 2002, the N.H. Board of Education adopted a resolution that endorsed the elimination of “Indian sports mascots.”

The Commission on Native American Affairs sent its letter to Sununu in August 2020, directly advising the governor to place a ban on Native mascots. The governor did not issue a response.

Sununu’s spokesperson did not respond to multiple requests for comment.

“We implore you Governor Sununu to summon the strength to do what is right and end Native school mascots for good in this state. It is critical to protect our Native children living in this state and to take an active role to end the racism that they face,” the commission wrote.

Chair Anne Jennison said the commission has been disappointed in the governor’s lack of response.

“The continued use of these mascots perpetuates stereotypes that are harmful to all New Hampshire residents, because they give a very distorted perception of contemporary Native American people thus allowing misconceptions and racial prejudice to continue without being taken seriously throughout our state,” Jennison said in a statement.

Cannon, who is transgender, said she knows what it’s like to be mistreated and misrepresented.

“Most transgender women are considered to be hookers or drag queens. There’s always a bad connotation when in reality, we’re just regular people,” she said. “I believe the same thing is true of our Native Americans. I don’t know that the American public knows who our Native Americans are. We only see them in movies, and not in the best of light.”

Studies show that Native sports mascots harmfully affect Native Americans’ psyche and proliferate negative stereotypes. Evidence has shown that the mascots even increase the likelihood of white students discriminating against people of color.

According to a joint study from the University of Michigan and the University of California at Berkeley, Native mascots decrease Native American teenagers’ self-esteem, lower their achievement-related goals and diminish “both their sense of community worth and belief that their community can improve itself.” The use of such mascots have additionally been shown to increase suicidal ideas and depression among Native Americans.

Additionally, the state Board of Education’s 2002 resolution states that the use of such mascots have “a detrimental effect on the achievement, education, self-concept and self-esteem of American Indian students and sends an improper message to everyone of the true meaning and spirit of being of American Indian heritage.”

Cannon herself previously attended a school with a Native mascot — Lincoln-Sudbury Regional High in Massachusetts. Similar to Winnacunnet High, Lincoln-Sudbury has retained its “Warriors” moniker but did drop its logo portraying Native imagery.

“I think it might help to change the names as well,” Cannon, who plans to include a name change requirement in her bill, said. “(Alumni) can still retain those names as their history, but moving forward we need to seriously consider using mascots that don’t negatively impact the cultures we have in our country.”

While Lempke would like to see a change to Spaulding’s “Red Raiders” name as well, the student said the mascot image is priority number one.

Tribal leaders Denise and Paul Pouliot — of the Cowasuck Band of the Pennacook Abenaki People — said they have suggested compromises in the past that retain mascot names but phase out the logos.

For instance, in the case of the “Red Raiders,” Denise recommended changing the mascot to a cardinal during last year’s talks in Rochester. She was largely met with objection from the crowd.

The Pouliots, who go by the tribal titles Sagmoskwa and Sagmo or lead female and male speakers, have long been advocating for a ban on Native mascots.

Leading up to the stalled efforts at Spaulding High, the Pouliots did make progress at three schools that have since taken steps to phase out Native imagery: Winnacunnet High, Merrimack Valley High and Pentucket Regional High in Massachusetts.

When efforts to change a school’s mascot are set in motion, the Pouliots said their role is to help organize meetings, facilitate discussions and provide recommendations. They emphasized that they do not institute change themselves.

“We will not go in and bully our way around in a school because you will get absolutely nowhere by doing that,” Denise said. “Unless we have an active student movement, there’s really nothing we can do.”

Looking ahead, Cannon said she has high hopes for her legislation.

“To put things into statute is to let people know, even in the future, to think about it. Think twice about who you’re putting up as a mascot,” she said. “In this day and age, we really need to think about these things that we do and how that affects other people in our communities. Native American people are people just like anybody else.”

Lempke envisions going back to Spaulding High one day as an alum and seeing an inclusive environment, void of the caricatures that many view as far from an act of respect.

“I feel if we had wanted to respect and honor [Native Americans] then we would have done it the first time instead of using them for our own profit,” Lempke said. “I want to make it so that our schools are a place where everyone can feel welcome, and having imagery like that for Black and indigenous students isn’t a very welcome sight.”

This article is being shared by a partner in The Granite State News Collaborative as part of our race and equity project. For more information visit collaborativenh.org.