Free
Get Started
You are the owner of this article.
Edit Article Add New Article
You have permission to edit this article.
Edit
Home
News
Sports
Opinion
Events/tickets
Obituaries
Hub
Publications
Classifieds
Jobs
E-edition
1 of 3 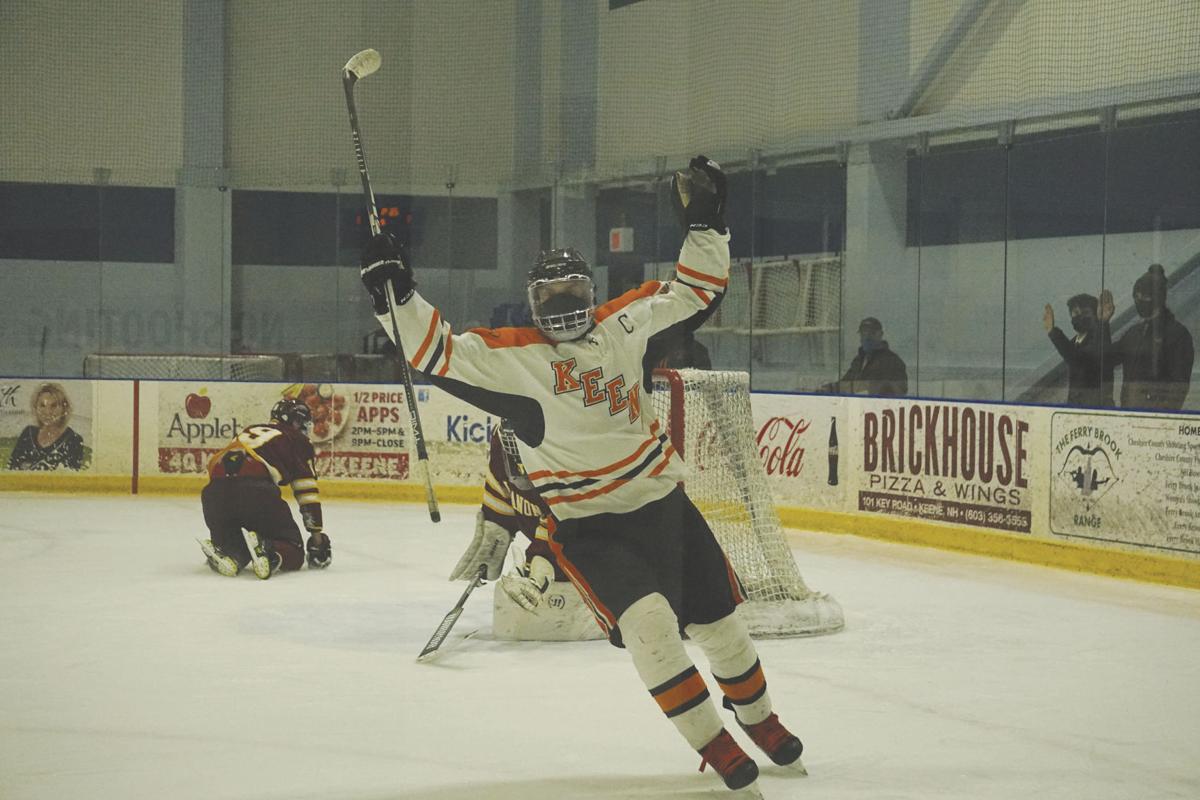 Senior Zach Mooers celebrates his game-winner late in the second period during Saturday’s win over Lebanon. 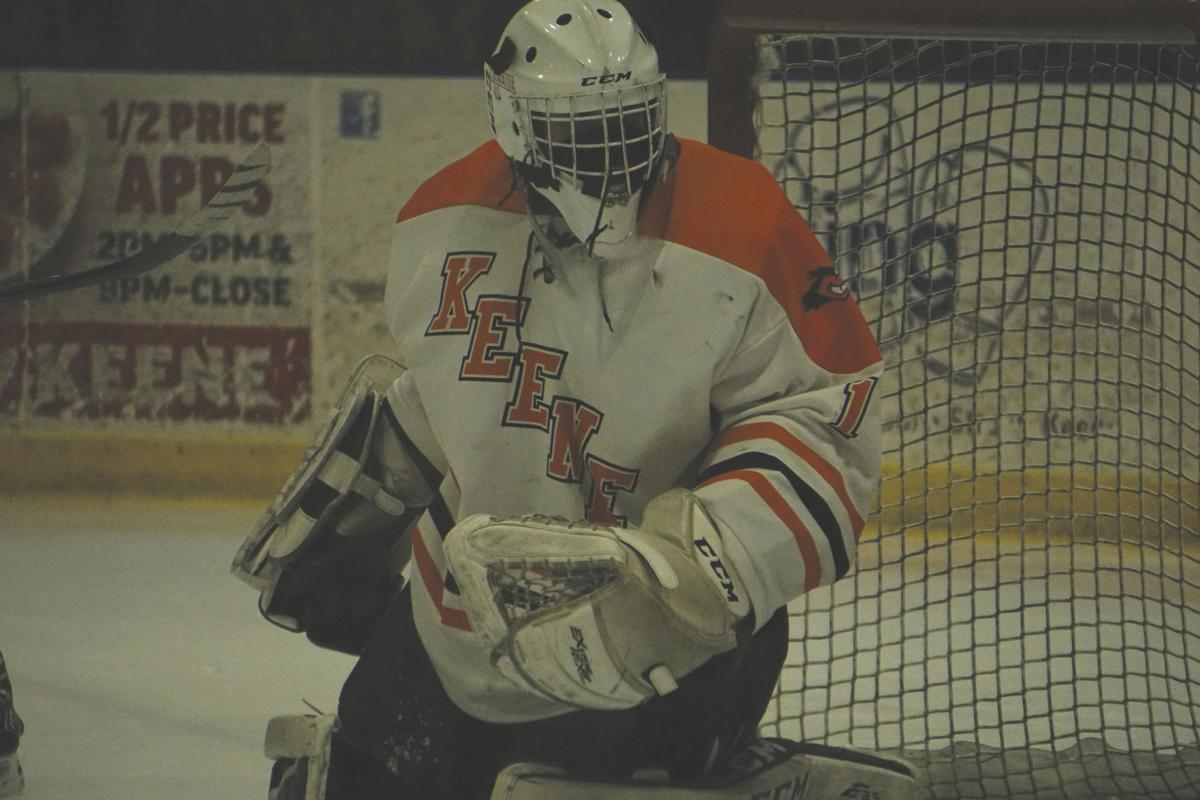 Senior Taylor Panek makes the final saves down the stretch on Saturday against Lebanon at Keene Ice. 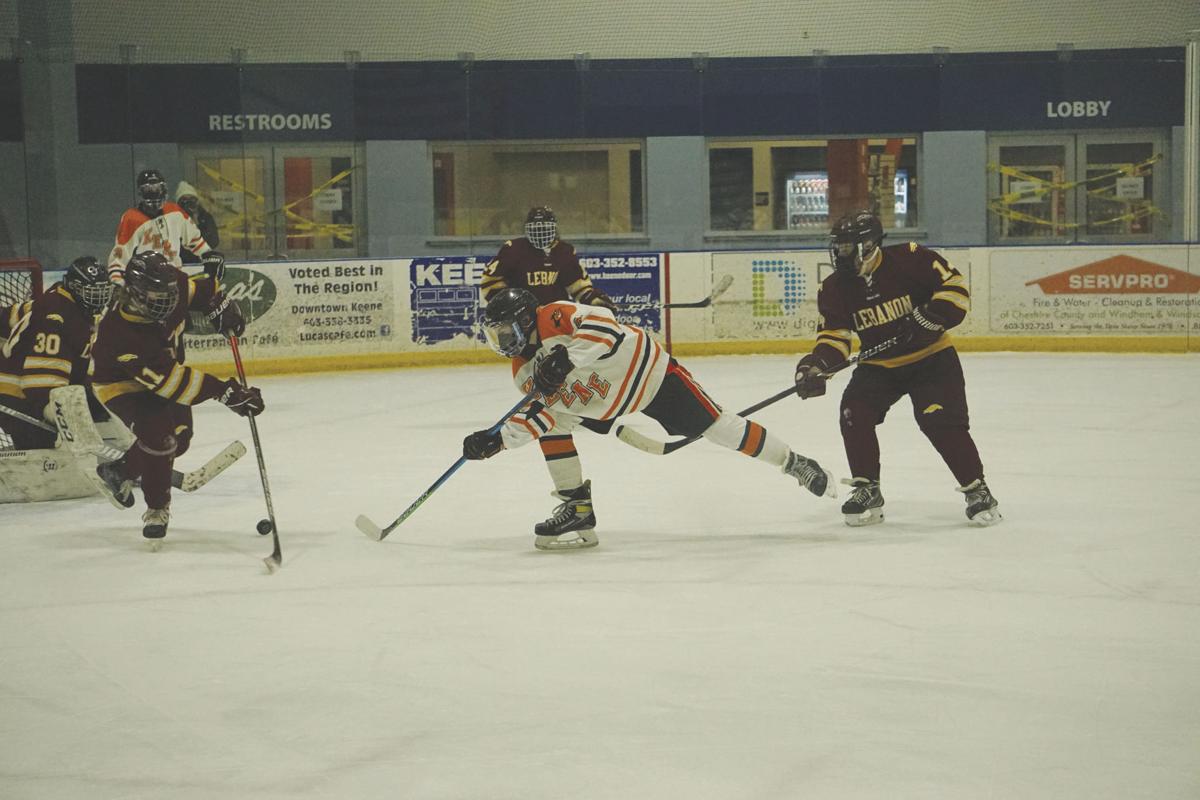 Freshman Colin French pushes towards the net as he scores his first career goal during Saturday's game against Lebanon at Keene Ice.

Senior Zach Mooers played hero for the Keene boys hockey team, scoring the game-winner on senior night in a 5-3 victory over Lebanon on Saturday at Keene Ice.

The goal came with 26 seconds to go in the second period. Before that, the Raiders had scored three unanswered goals to tie the game.

A perfect cross-ice pass from junior Robbie Nowill put Mooers in an ideal position to carry the puck all the way to the net to give Keene the lead for good.

“Robbie and I were doing that stretch pass all night and it finally worked,” Mooers said. “The morale definitely jumped. We were much more enthusiastic in the locker room and on the bench.”

A timely goal, to say the least.

“That was a huge one for us, it was a game-changer,” said Keene head coach Chris McIntosh. “It could’ve been a different tone going into the locker room because they did wear us down. They outplayed us in that second period.

“After he put that away, I definitely think we carried that momentum into the third period and built off of it,” McIntosh added.”

After getting shut out by this same Lebanon team on Wednesday, the Blackbirds (2-1) found the net early in this one, with freshmen Colin French and Noah Parrelli each scoring their first career goals, both in the first six minutes of the game. Just like that, Keene was up 2-0.

“It is always fun when one of your captains or one of your seniors pulls a puck out of the net, because you know it’s somebody’s first,” McIntosh said. “It was nice to see both Noah and Colin rewarded. They’ve been working very hard.”

Mooers added another in the first period on a two-on-one opportunity and Keene held a 3-0 lead at the first intermission.

But the Raiders (2-1) came out strong in the second period, controlling the puck in their offensive zone and putting pressure on Keene’s senior goalie, Jacob Russell, who got the start on Saturday.

Lebanon scored twice in the first 4:30 of the second period and recorded six shots to Keene’s one.

Halfway through the second period, with Keene still up 3-2, senior goalie Taylor Panek came in for Russell, who skated off the ice to an ovation from the limited crowd. The switch was simply to get both seniors some ice time, McIntosh said.

“It is tough to switch goalies in the middle of the game, and ordinarily we wouldn’t, but because it was senior night, I wanted to make sure they were both out there,” McIntosh said.

Lebanon went on the power play soon after Panek came in, and the Raiders scored 30 seconds into the man-advantage to tie the game at three with 6:30 to play in the second period.

But, thanks to Nowill and Mooers, the Blackbirds went into the second intermission with a one-goal lead.

Nowill gave Keene some breathing room in the third, scoring the lone goal four and a half minutes into the final frame.

Keene killed two penalties in the third, Panek fended off some late pressure from the Raiders, and the Blackbirds ended senior night with a win.

Mooers said one of his biggest concerns coming into the season was not being able to play in front of his parents, but, with each athlete getting two tickets to the game, he had that opportunity on Saturday.

“It was a great experience,” Mooers said of his senior night, which looked a lot different than usual, with ceremonies taking place outside before the game, and a limited crowd inside the rink..

“Definitely a great night. I probably won’t be able to sleep because of it,” he added.

The two goalies combined for 27 saves.

“I’m really confident with either of them in net,” McIntosh said of his senior goalies. “They both played well and gave us a chance to win.”

Keene next visits Manchester Central on Monday at 4:10 p.m.