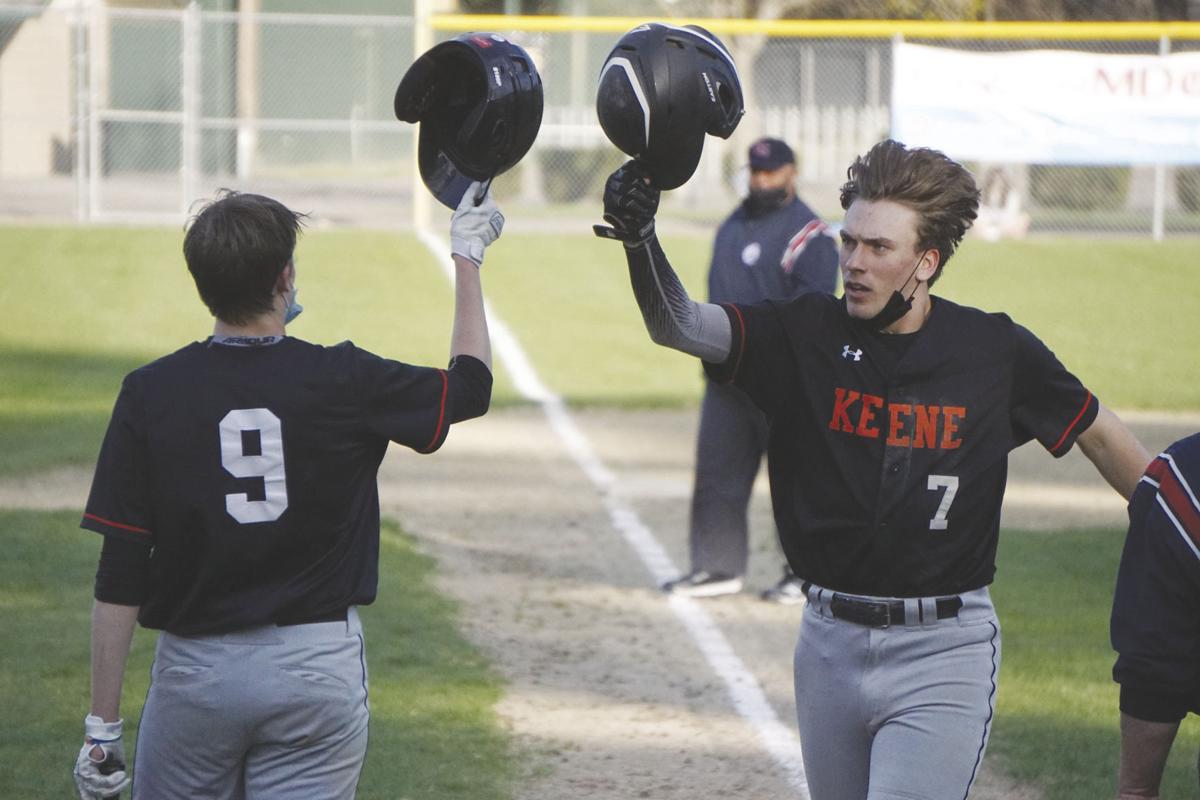 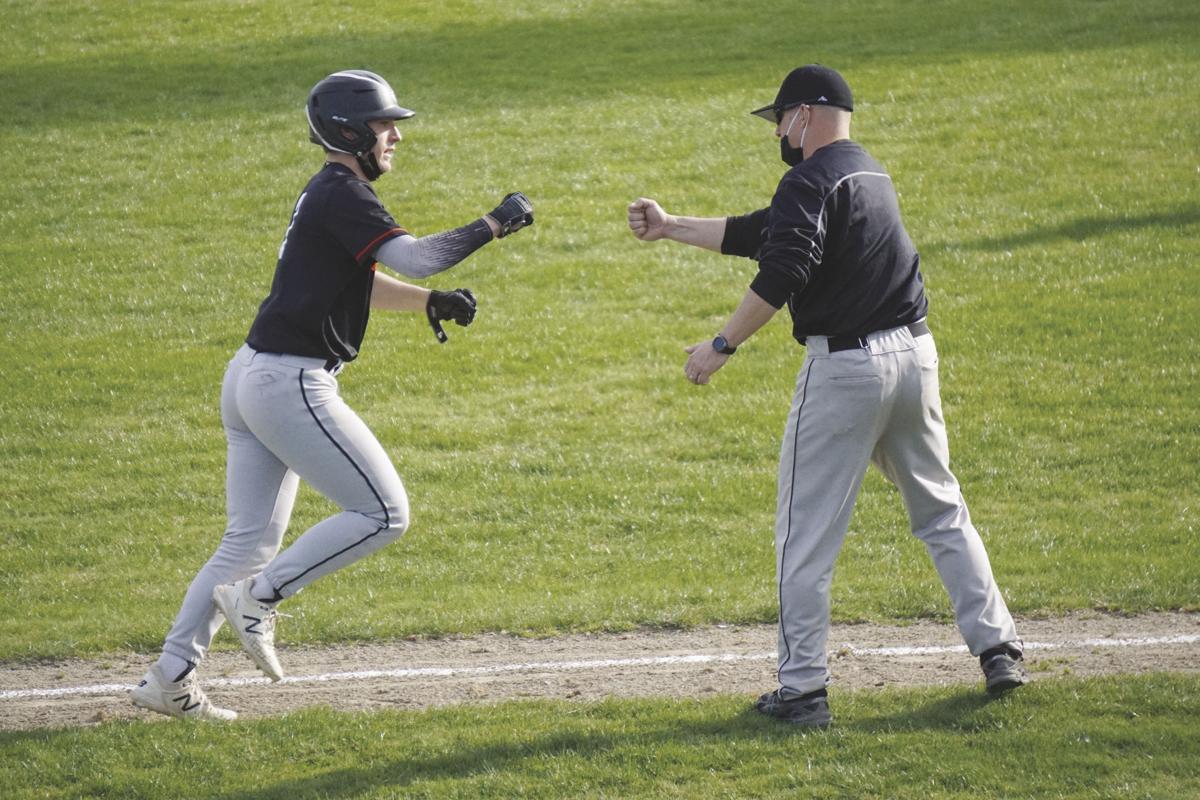 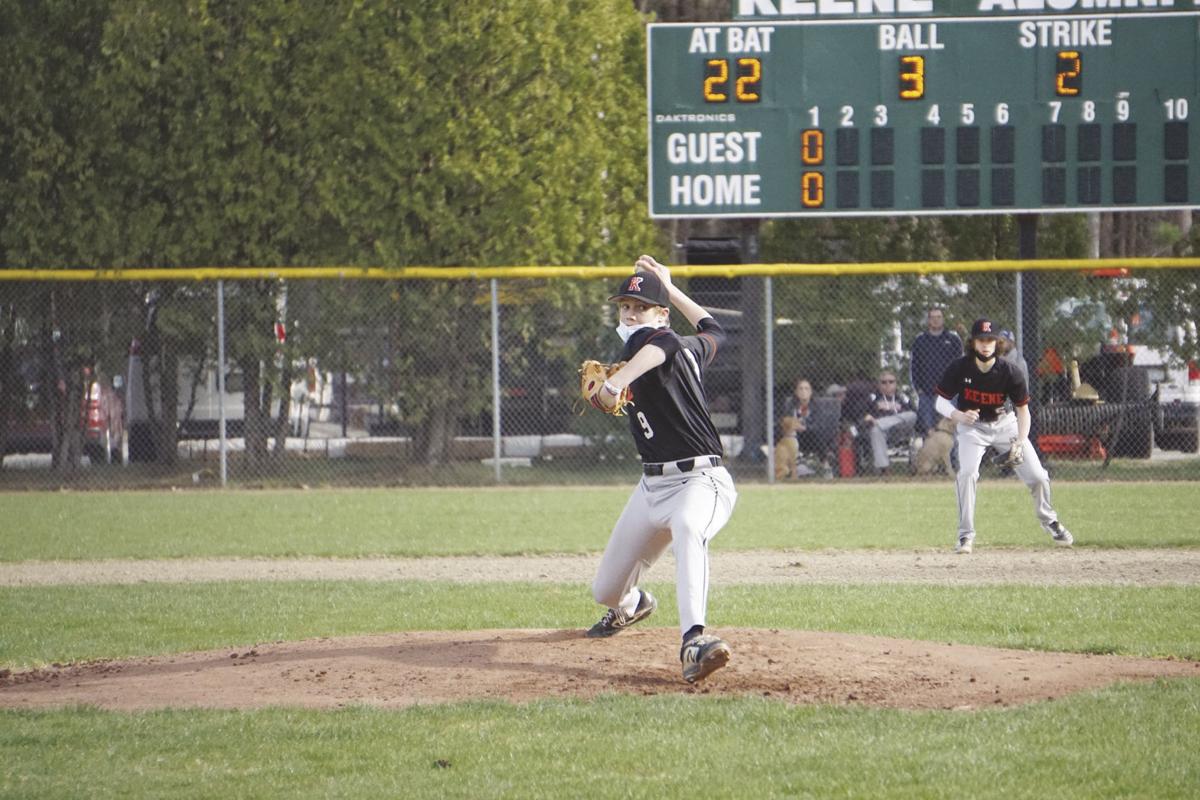 Zach Mooers was just feeling it in the box on Monday.

“It felt good,” Mooers said. “I haven’t felt that comfortable at the plate, so today was definitely a big relief. … I just had to be more confident at the plate and I finally found a little something.”

His first home run came with two outs in the bottom of the third inning to break a scoreless tie and give Keene (3-0) a 1-0 lead. It was the Blackbirds’ first hit of the game.

Manchester Central tied things up in the next half inning, but Mooers gave Keene the lead back, for good this time, in his next at-bat in the fifth inning, sending another pitch into the Alumni Field parking lot.

Both were solo shots — his first two home runs of the season — but it was the spark the team needed to get the bats going.

“I think it really changed the game,” Mooers said of his first home run. “The dugout was much more energetic, the fans were much more into it. … It was one of those things you definitely get up for.”

Mooers found his way on base on all four plate appearances: a walk in the first, his two home runs and an intentional walk in the sixth.

The Blackbirds scored twice in the fifth, including Mooers’ home run, and twice again in the sixth to pull away.

Keene complemented its successful offensive production with key defensive plays that kept the Blackbirds in the game in the early goings, when the offense was still warming up.

Senior Peter Haas, who got the start on the mound for the Blackbirds, made an athletic, diving play to record a crucial out at third base to end the third inning, when the Central runner tried to go first to third.

Haas also picked off a runner at first base in the fifth inning, likely saving a run that would’ve given Central the lead at that point in the game.

“Haas is a bright kid, he’s got some baseball savvy to him,” Moylan said. “The game doesn’t speed up for him.”

Haas went five innings, giving up eight hits and one earned run while striking out five in his second start of the young season.

“He’s a polished pitcher, he understands what he’s doing,” Moylan said. “He pitched better than he did the other night.”

Senior Alex Charles came in relief to pitch the sixth inning, seeing only three batters and striking out two of them.

Mooers polished off the win in the seventh on the mound, also recording two strikeouts.

The Blackbirds next visit Manchester Central Wednesday at 4:30 p.m.