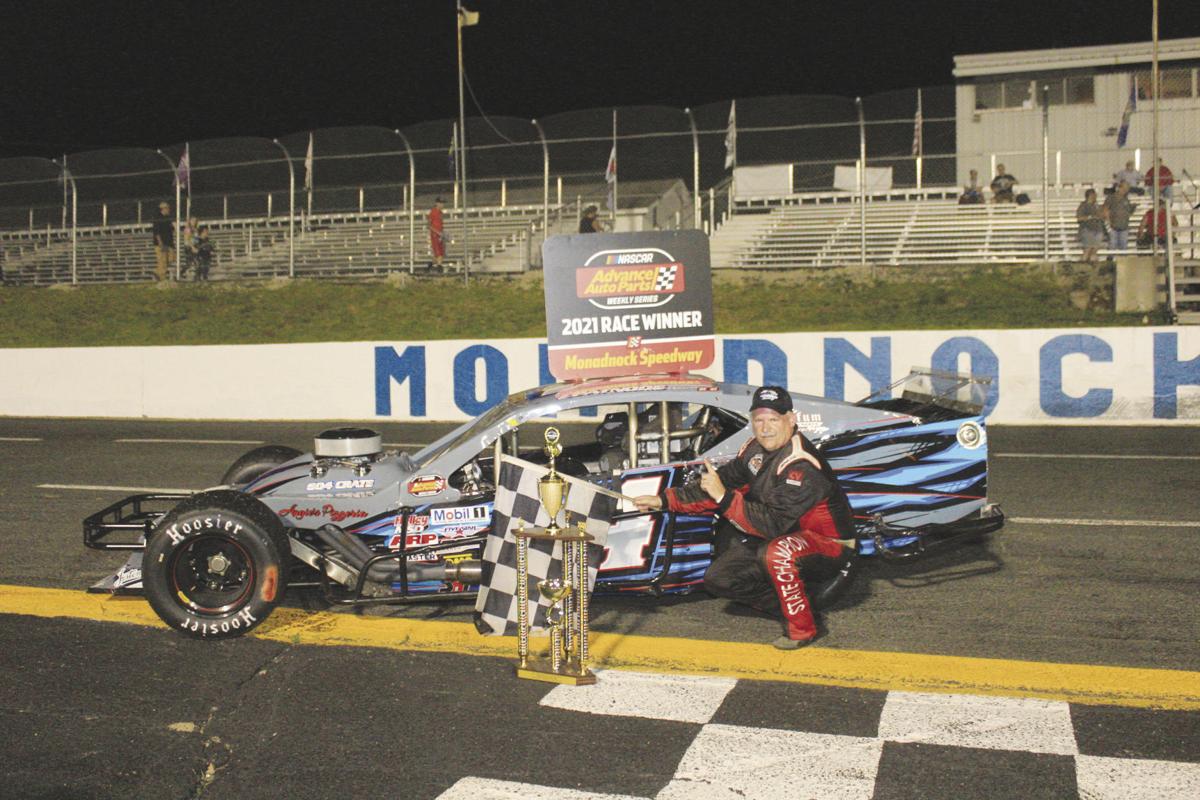 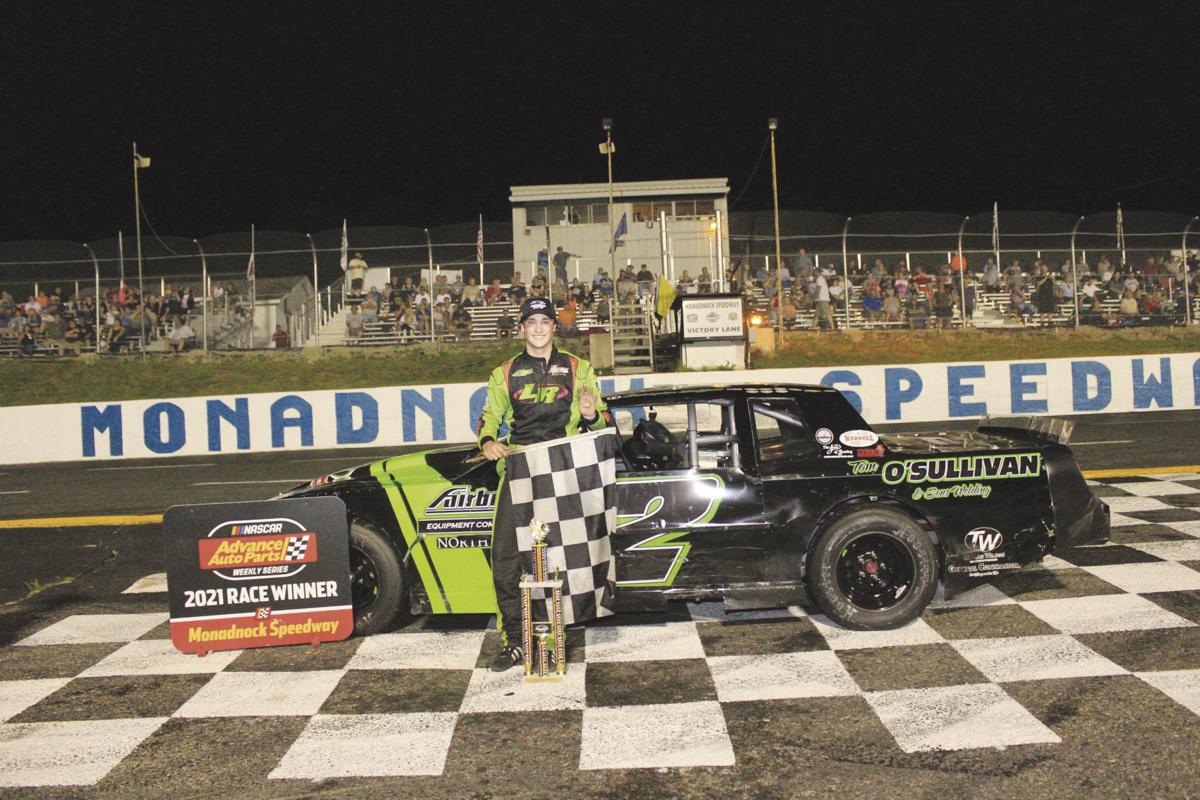 WINCHESTER — Five of six feature winners fell into a familiar pattern Saturday night at Monadnock Speedway with several repeat winner. Still the racing was typical for a hot August night.

The feature event of the program was a 100 lap race for the New Hampshire Short Track Racing Association (NHSTRA) Modifieds. In the qualifying time trials, Russ Hersey of Swanzey set the fast time. The redraw to set the lineup put eighth faster driver, Brad Zahensky of Hopkinton, on the pole.

When the green dropped, Zahensky led the field with Ben Byrne second. Byrne took over the top spot on lap fourteen moving Zahensky to second. By lap 32, the lead cars were trying to negotiate lapped traffic.

Andy Major of Brookfield, Mass., spun between turns three and four blocking the upper lanes. The lap traffic bumped Byrne out his preferred line and into the disabled Major racer. Byrne’s night was over. Zahensky resumed the lead on the restart with Todd Patnode next.

For the next 31 laps, it was Zahensky in the spotlight. On lap 63, Patnode made his move, taking over the lead. The pace of the race changed after that with five cautions slowing the field before the checkers fell.

Patnode collected his fourth win of the year. Hersey posted second and Joe Kendall of Winchendon, Mass., had a strong finish for third.

In the preliminary events, there were some last lap fireworks in the Late Model Sportsman 25-lapper. After Kevin Vaudrien of Brattleboro led the first eight laps, Justin Littlewood of Orange, Mass., moved in front with Vaudrien slowly sliding back in the field before spinning out on lap 17 to bring out a caution.

On the restart, it was Littlewood, Ricky Bly of Sunapee, and Aaron Fellows from Croydon tight on his bumper. In the closing laps the pursuers got by Littlewood and on the final lap got into a shoving match with Bly spinning.

Littlewood took his third win of the year. Austin Brehio of Concord was second and point leader, Cam Curtis of Baltimore, Vt., rolled into third.

The most benign race in the NHSTRA divisions was the 25-lap Mini Stock feature.

A strong field of cars raced incident free from green to checkers. Kevin Clayton of Winchendon, Mass. took the early lead before ceding the top spot to Fitzwilliam driver, Gordon Farnum. Farnum rolled into victory lane with his seventh win of the season.

The Six Shooters ran their third and final event of the year.

Travis Hollins of Milford hit the gas at the green flag and never looked back. Bennington’s John Voorhees rolled into second with Paul Colburn of Charlestown nailing down third.

Young Gun driver, Eddie Petruskevicius of Rutland, Mass., secured his eighth win of the year and “retired” to move on to another division. Teagan Edson had her best run of the year for second. Dominic Stafford from Millers Falls, Mass., had a strong run for third.

Up next at the Speedway

This coming Saturday, Aug. 14, the Tri-Track Open Modifieds will unload for a 100-lap race. The NHSTRA regular divisions in the Advanced Auto Parts weekly series will share the program.