Free
Get Started
You are the owner of this article.
Edit Article Add New Article
You have permission to edit this article.
Edit
Home
News
Sports
Opinion
Calendar
Obituaries
Hub
Publications
Classifieds
Jobs
TicketELF
1 of 7 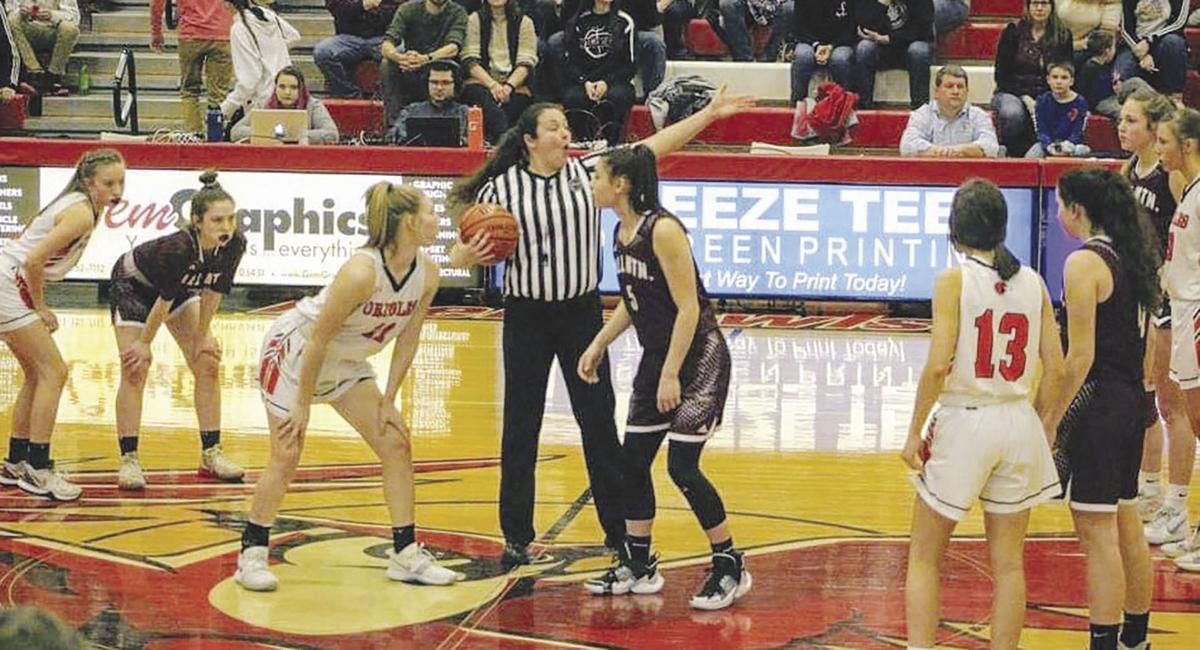 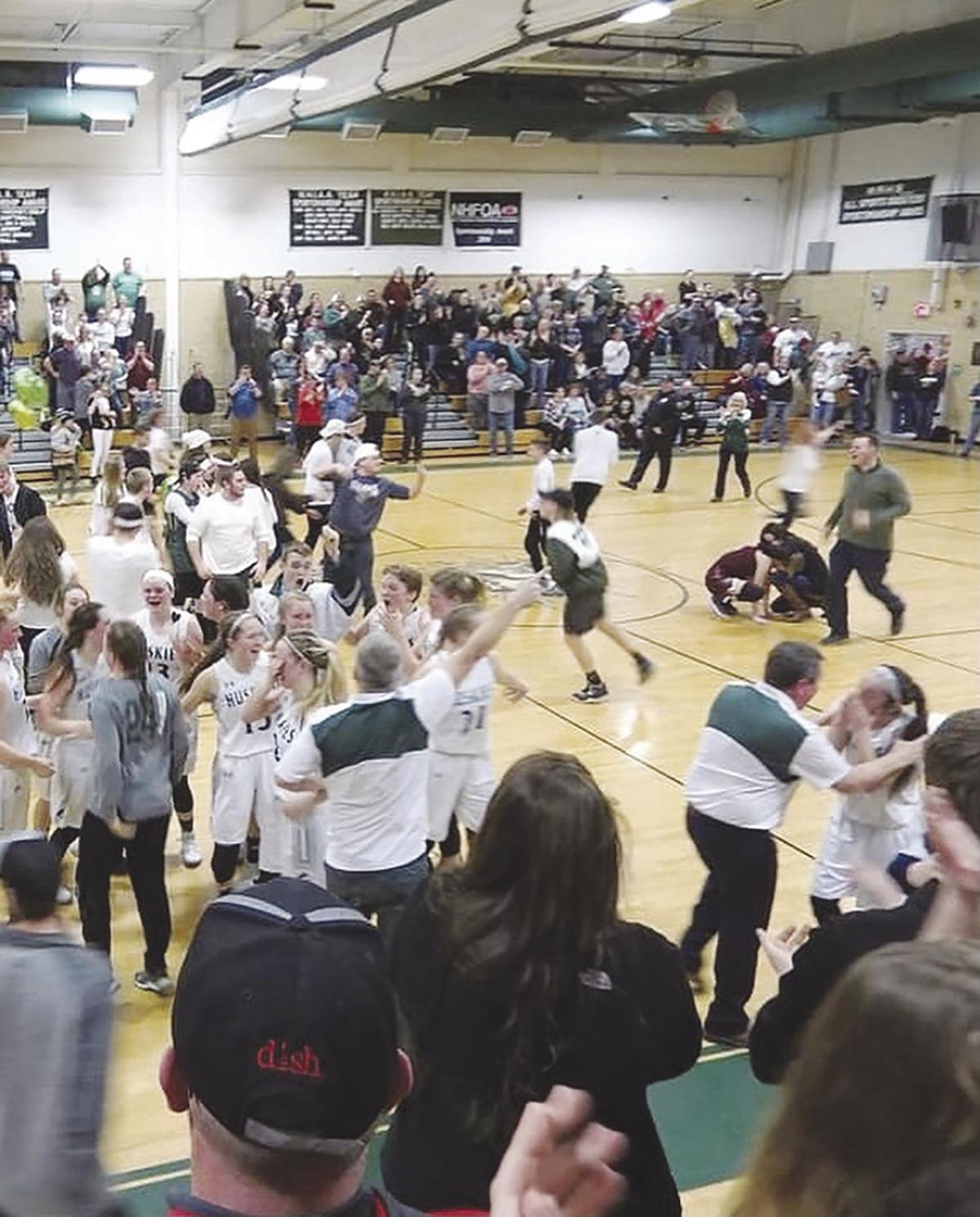 Monadnock fans storm the court after the Huskies beat Fall Mountain in the 2018 quarterfinals, 22-20. Bri Broderick hit a three-pointer with 7.8 seconds in regulation to put the Huskies on top. 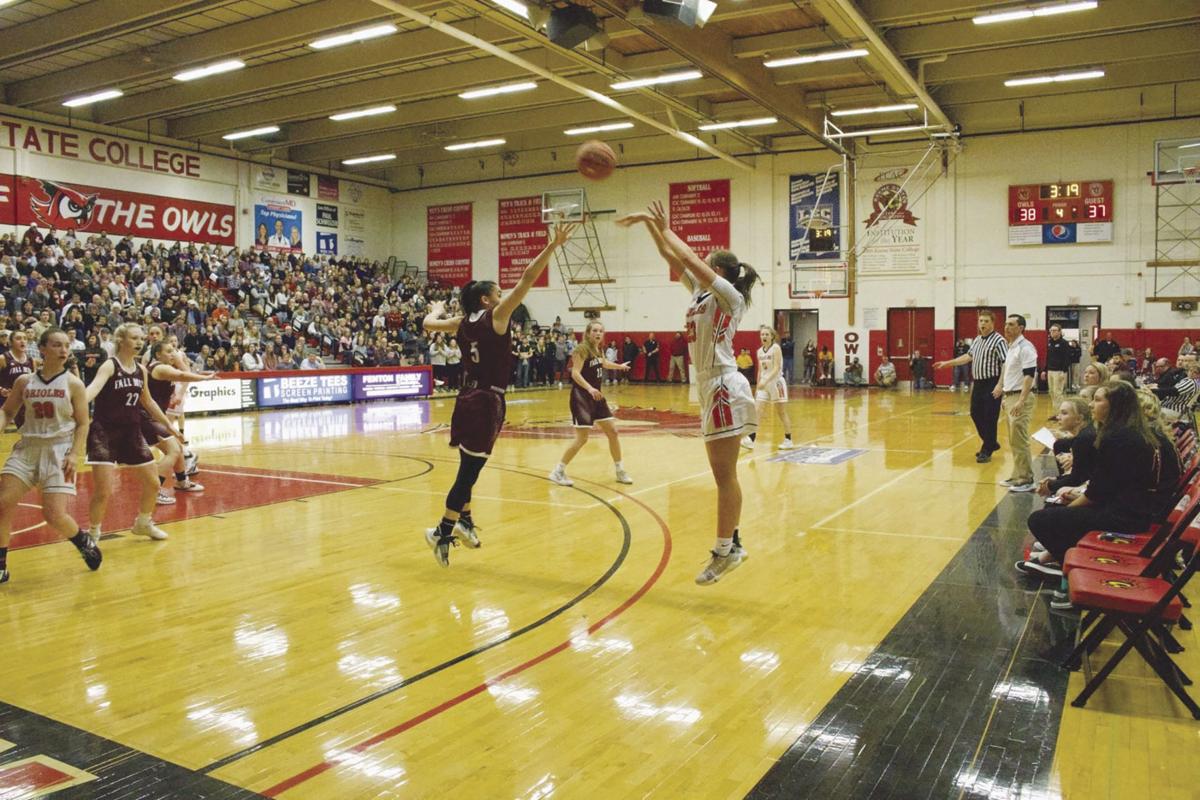 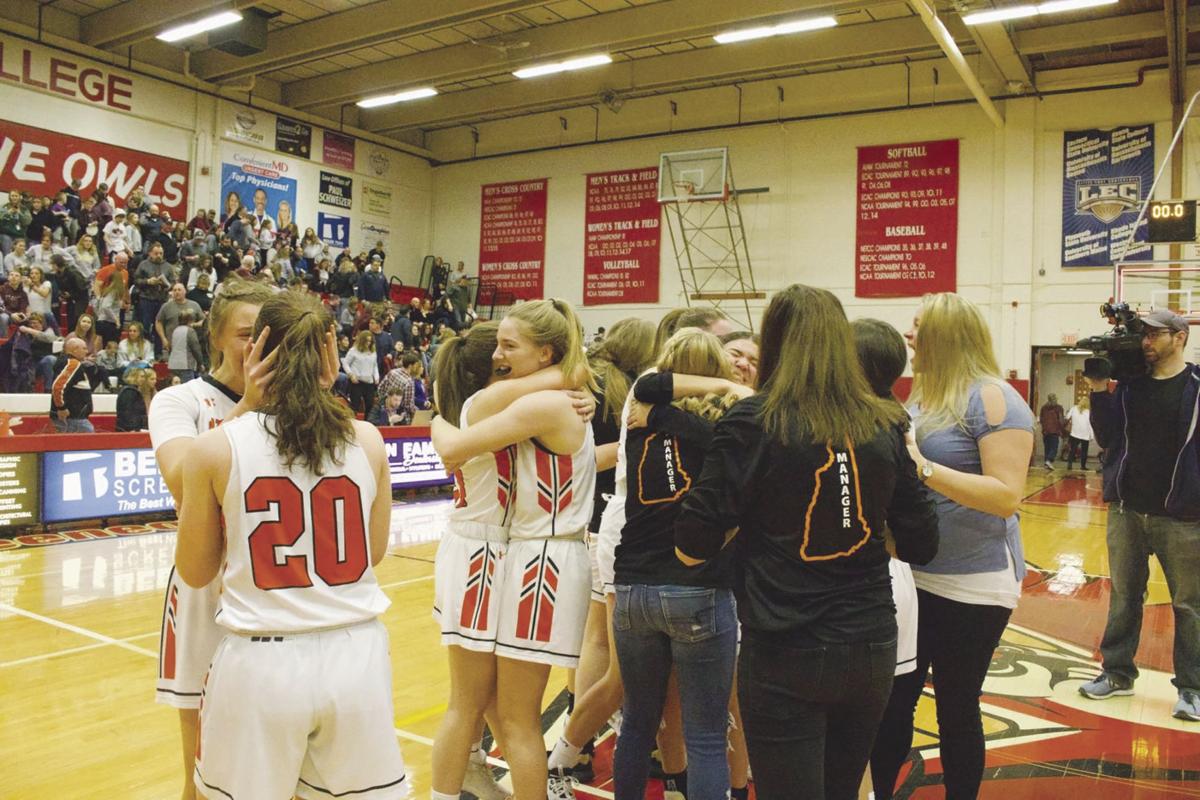 Conant celebrates its 51-44 win over Fall Mountain in the 2020 NHIAA Division 3 state championship. 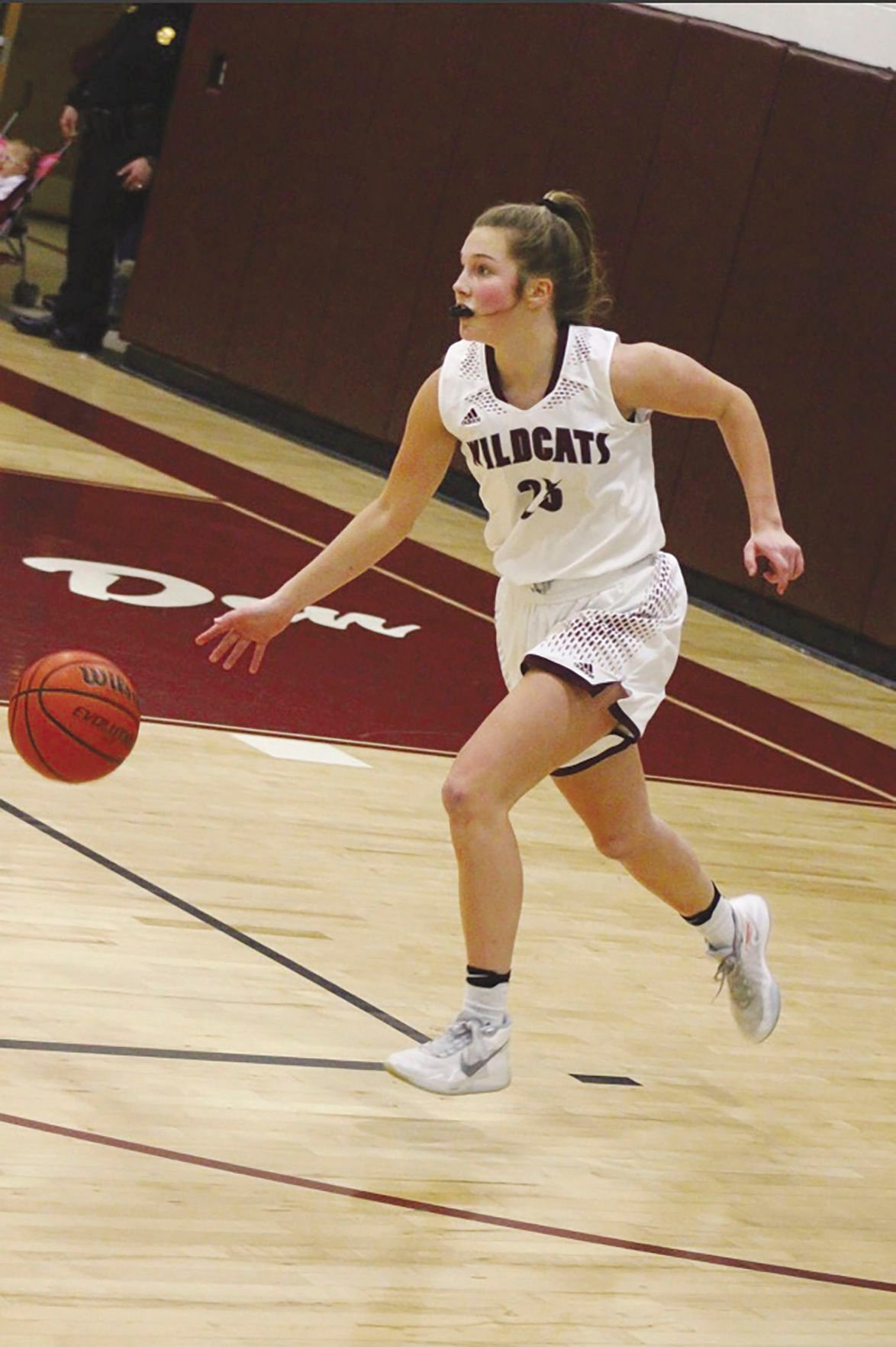 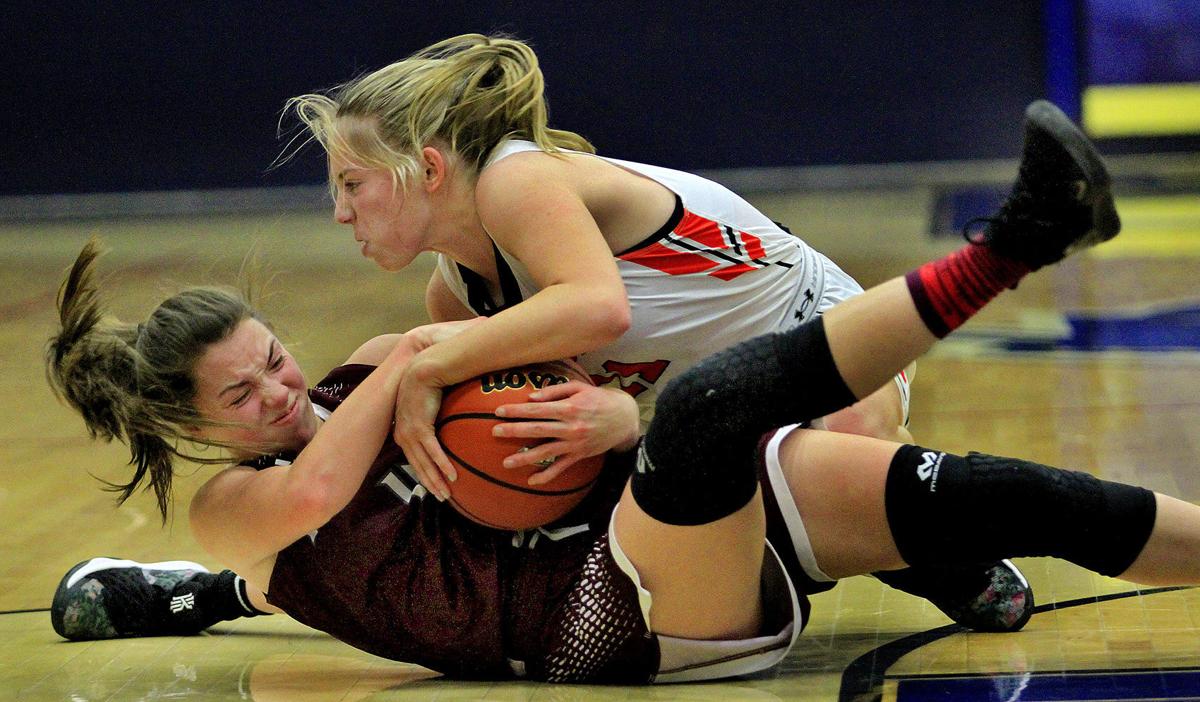 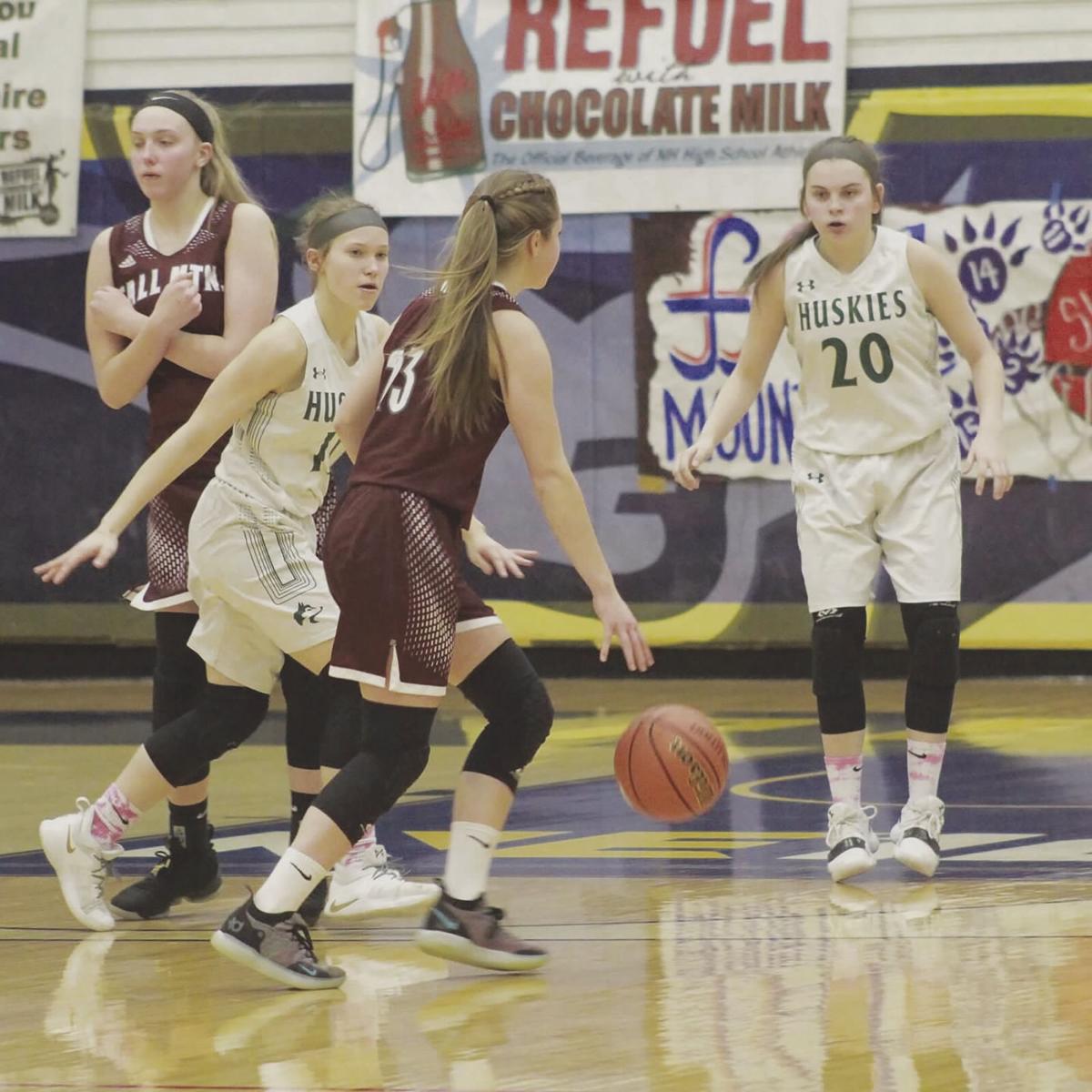 Monadnock fans storm the court after the Huskies beat Fall Mountain in the 2018 quarterfinals, 22-20. Bri Broderick hit a three-pointer with 7.8 seconds in regulation to put the Huskies on top.

Conant, Monadnock and Fall Mountain high schools have been nothing short of dominant during that stretch, consistently battling each other with state title aspirations in mind.

Any time three teams are consistently competitive in high-stakes games, it naturally becomes a rivalry. Add in the geographical proximity of the schools (they’re all within about a 40-mile radius) and you get something really special.

“Every time we meet, it’s special.”

“It’s a huge motivator, it’s a healthy rivalry, healthy competition,” said Matt Baird-Torney, Fall Mountain’s head coach. “We all respect each other’s programs and the players respect each other. So it’s a great thing for the area. It’s unique. Every year, three of the top five teams are going to come from this area, it’s pretty special.”

That proximity means the teams will play each other consistently in the regular season, in addition to the postseason, adding fuel to the rivalry.

“You’re seeing each other on a regular basis. You know each program is good,” said former Monadnock head coach Curt Dutilley, who won two state championships with the Huskies before moving to Nashua after the 2019 season. “You’re seeing how they’re improving so it motivates your kids to keep improving and then it just kind of starts building upon itself and it creates that success culture.”

Most recently, Conant, the No. 1 seed in last year’s tournament, defeated Fall Mountain, 51-42, to earn their second state title in four years. The Orioles were led by D3 Player of the Year Elizabeth Gonyea, who returns this season for her senior year.

“Beating [Fall Mountain] in last year’s state championship — we all went in and we never gave up that game,” Gonyea said of the competitive title game.

It was a game that came down to the final four minutes of play, and it epitomized what had become of the local rivalry: Two teams, who had already seen each other in the regular season, fighting tooth and nail for the state title.

And, sure, a state title feels amazing. But winning it against your rival?

It was also Fall Mountain’s second title game appearance in a row. In 2019, the Wildcats lost to Monadnock in the finals, 51-44.

In the semifinals that year, Fall Mountain upset Conant as the No. 4 seed, 45-44.

“Nobody expected us to beat Conant and we were the underdogs,” said Fall Mountain junior Avery Stewart, who scored 10 points in that semifinal win. “And beating them just felt so good because everybody was like, no way. They’re the underdogs. And then we just proved them so wrong.”

That dramatic semifinal win pitted the Wildcats against Monadnock for the state championship, in which the Huskies prevailed in another instant classic. Monadnock came back from a double-digit deficit to secure its second state title in the last four years.

“It was crazy,” said Monadnock junior Grace Furze, who was a freshman at the time. “It was really a special thing for us, for me and Grace (LeClair) as freshmen to experience our first year on varsity and it couldn’t have been better. It was unimaginable.”

“It was the most exhilarating feeling you could ever feel,” added LeClair, also a junior. “I’m just talking about it and me and Grace (Furze) are both getting goose bumps. It’s the best feeling in the world to know that all your hard work has paid off and you’ve become the state champion.”

Some rivalries are born from a disliking for the opposing team. But a consistent message across the board was that this one is born out of respect.

“It’s a rivalry of mutual respect and understanding between the programs,” Dutilley said. “Ultimately you’re making each other better by continuing to push each other.”

“We all have mutual respect for everyone,” Troy said. “You know when you play each other it’s going to be a great battle. There’s always that mutual respect.”

Caitlyn Boucher and Zoe Utton are proof of the healthy rivalry. Boucher, a Monadnock graduate, and Utton, a Fall Mountain graduate, went head-to-head in that 2019 state title game their senior year.

Even Conant’s Mariah Chamberlain, who graduated at the same time as Boucher and Utton, was looking into going to playing at Colby-Sawyer, Troy said. But Chamberlain eventually decided on Endicott College in Beverly, Mass.

“Over a period of time, it turns into a real respect for each other and … you grow to like the other coach and the other team because you do have such a respect for them,” Troy said.

This kind of consistent dominance and competition doesn’t boil down to just a few people. It takes an entire community and an entire program, from top to bottom, to make it happen.

That includes the school administrations, athletic directors, principals, parents and, of course, dedicated athletes and students.

“Once you have those factors in place, it creates this community feeling,” Dutilley said.

That makes for packed gyms, loud student sections and the whole nine yards.

“If you see one of these two teams matched up, doesn’t matter which day of the week or what game of the year it is, it’s a packed house,” Baird-Torney said. “I mean, the fans understand it, the parents understand it. Just on every level, it’s really neat to see.”

This year, with COVID protocols in place, the community likely won’t have the opportunity to be as involved in the rivalry as in year’s past. The teams might have to play in front of empty bleachers, but that won’t take away from the fierce competition on the court.

“That doesn’t change how we feel as players,” Furze said. “To us, it’s the same. We’re still playing our game. The rivalry is still there even if we have to play in a gym where it’s just the two teams.”

“Even though we lack the fans or things are different this year, I think just going out and playing at our best — of course the gym might be quieter, but I’m just thankful that we’re still even able to play,” Gonyea said.

“There’s been plenty of times where a lot of the energy of the game has relied on the crowd,” Stewart said. “The crowd’s going crazy, so everybody starts to play faster. So I think that we have to energize ourselves.”

It’s going to be a new-look rivalry this year, but likely with similar stakes.

Fall Mountain is returning all five of their starters from last year. Conant only lost one senior and brings back the reigning D3 Player of the Year in Gonyea. Monadnock had a bit of an off year last year, but is bringing in a new head coach, Rob Skrocki, who’s familiar with the program and the players, including Furze and LeClair, who are set up to be leaders on the team again.

So, yeah, buckle up for another successful girls basketball season out of the Monadnock Region.