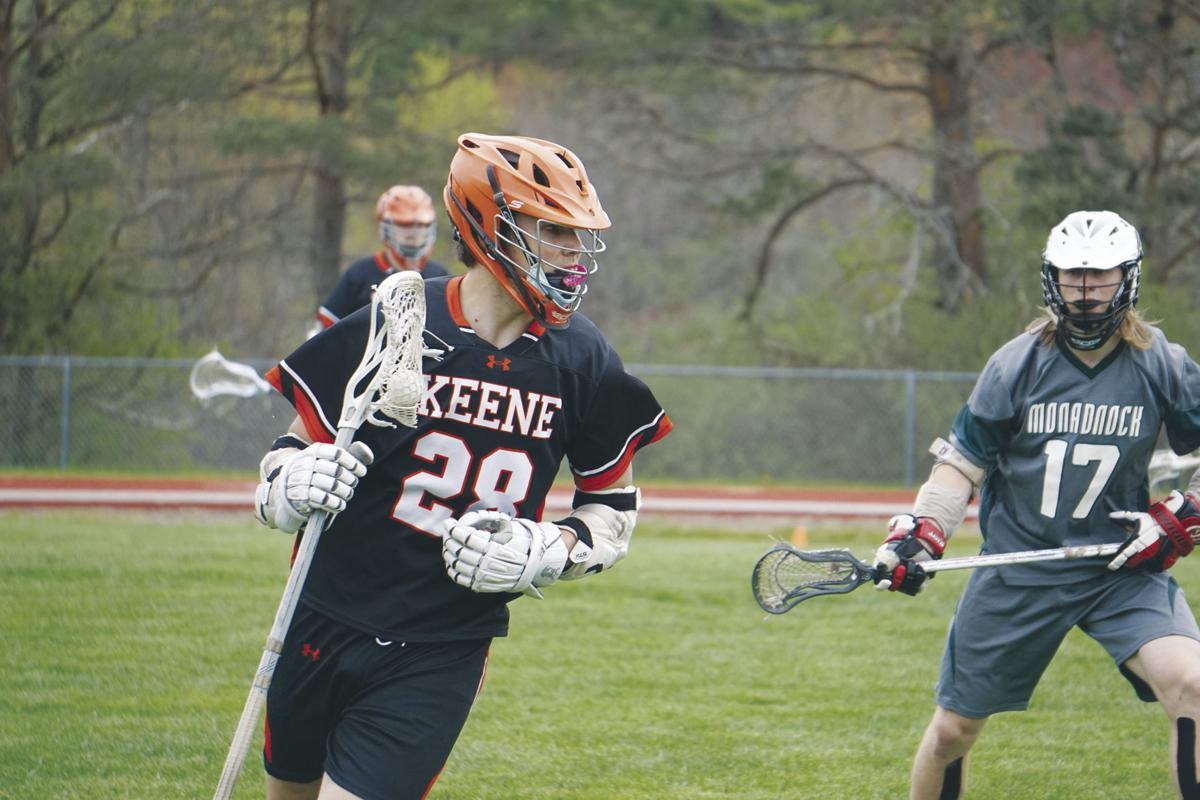 Keene’s Will Levesque (28) holds the ball as Monadnock’s Aidan Hart (17) defends during Saturday’s boys lacrosse game between Keene and Monadnock in Swanzey. 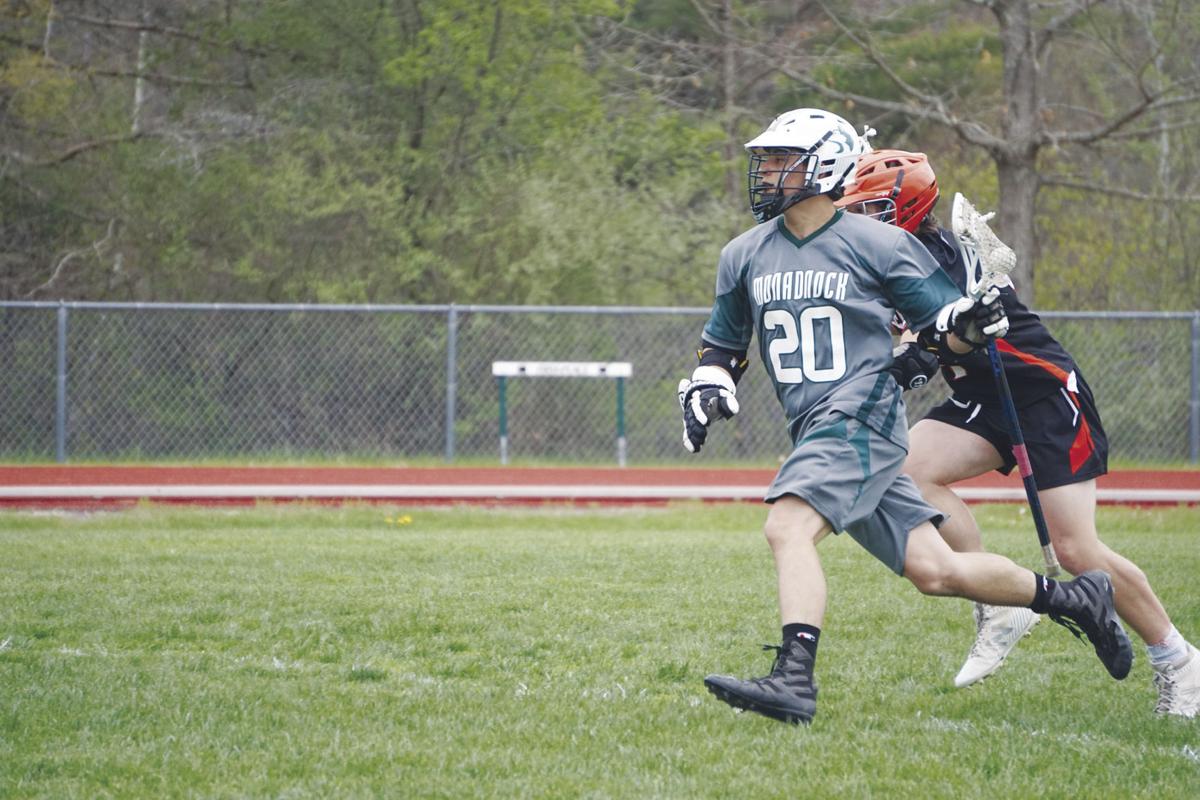 Monadnock’s Justin Joslyn runs through the Keene defense during Saturday’s boys lacrosse game between Keene and Monadnock in Swanzey.

SWANZEY — After a strong third quarter from Monadnock, the Keene boys lacrosse team tacked on the last five goals — four in the fourth — to pull away for the 13-6 win over the Huskies Saturday morning in Swanzey.

Will Levesque led the way for the Blackbirds, scoring four times.

“He’s emerged as a leader for this team,” said Keene’s acting head coach Kristian Smith. “He’s calling the plays and he’s getting everyone out there, so he’s kind of like our quarterback on the offense.”

Jack Burbee had a hat trick of his own for Keene, with three goals, including a momentum-shifting goal with less than a minute left in the third quarter to stop a Monadnock run. The goal came off a Monadnock turnover right in front of their own net, and Burbee made them pay.

Taylor Beamis got things rolling for the Blackbirds, scoring just 30 seconds into the game.

The Blackbirds (4-3) controlled the ball early and eventually got out to a 2-0 lead before Justin Joslyn, who had four goals of his own for the Huskies, scored his first of the day on a quick possession with seven minutes to go in the first quarter.

“He’s what you want in a lacrosse player,” said Monadnock head coach Rob Hart. “He’s a balanced player. He’s just a good athlete. He’s one of those kids you can put out there in any position and he just understands the game.”

The teams traded goals after that, with Levesque scoring for Keene and Joslyn scoring for Monadnock within 30 seconds of each other, and Keene’s lead was just one halfway through the first quarter.

The Blackbirds didn’t let Monadnock hang around too long and eventually got out to a five-goal lead midway through the second quarter and had a 7-4 lead at the half.

Monadnock (1-3) made some adjustments at halftime and came out with a much stronger defense, which led to better looks on offense, and all of a sudden, the Huskies were only down two late in the third quarter.

Aidan Hart scored for the Huskies in that third quarter, his second of the day.

“After a while, they started doing some things, trusting themselves to do certain things and they did better,” Rob Hart said. “I think they understood the game plan and started executing the game plan better.”

Even with Monadnock finding some momentum, Ethan Russell’s strong play in net for the Blackbirds during the third quarter kept Keene ahead.

“Ethan’s been a superstar,” Smith said. “He’s been keeping us in a lot of these close games. He’s just commanding the defense.”

Russell held things down defensively, and then Burbee scored his goal off the turnover to kickstart the Blackbirds offense once again.

Keene took it away from there in the big fourth quarter.

“I saw them actually focus more and actually play with the mentality of how we should be playing,” Smith said. “Once we refocused them and got them right and went over some things, they came out with fire.”

Monadnock has a home-and-home against Stevens Tuesday and Thursday before visiting Keene again Friday for Senior Night for both schools.