Free
Get Started
You are the owner of this article.
Edit Article Add New Article
You have permission to edit this article.
Edit
Home
News
Sports
Opinion
Calendar
Obituaries
Hub
Publications
Classifieds
Jobs
TicketELF
1 of 4 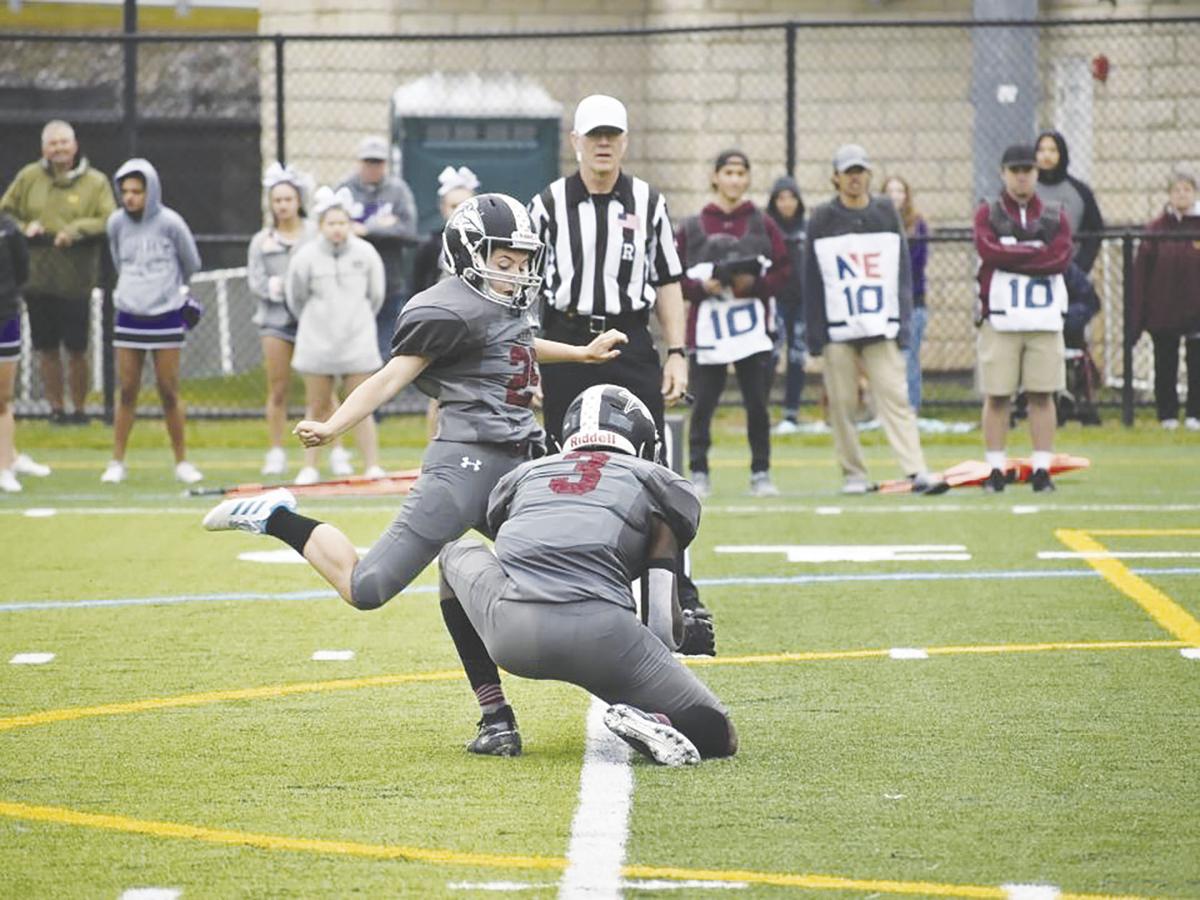 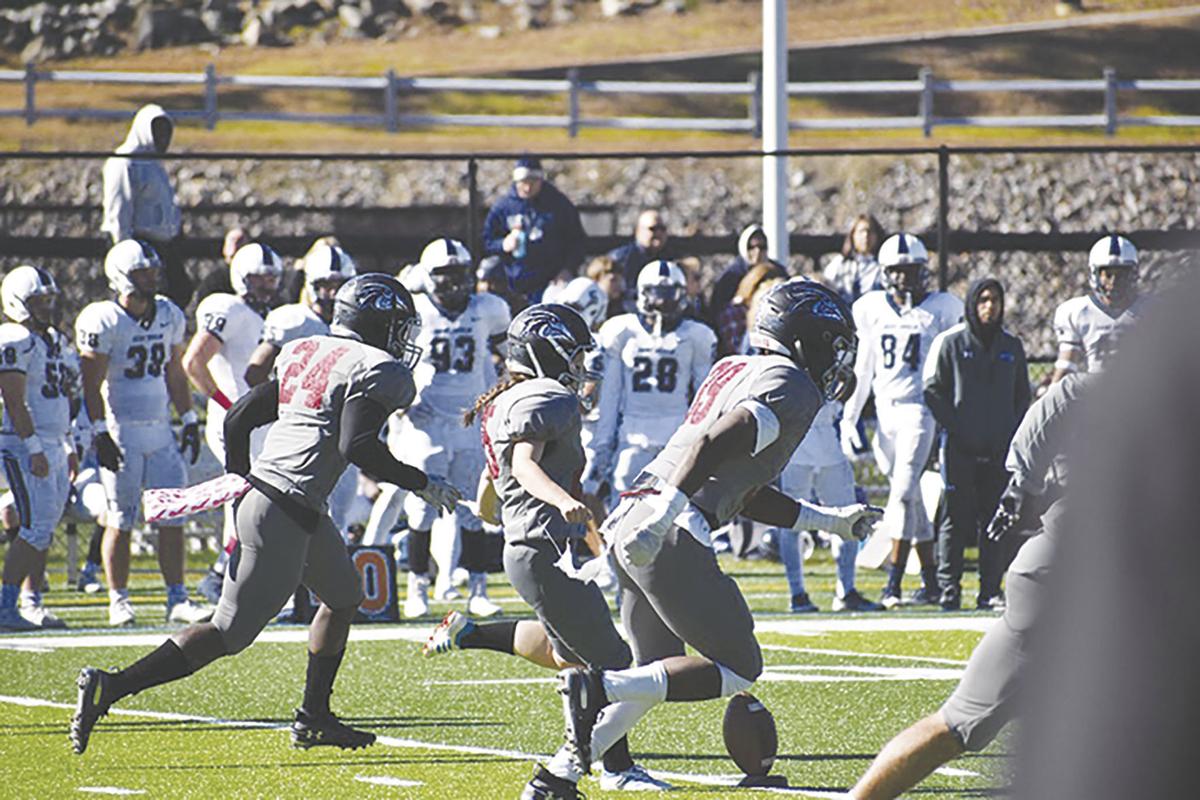 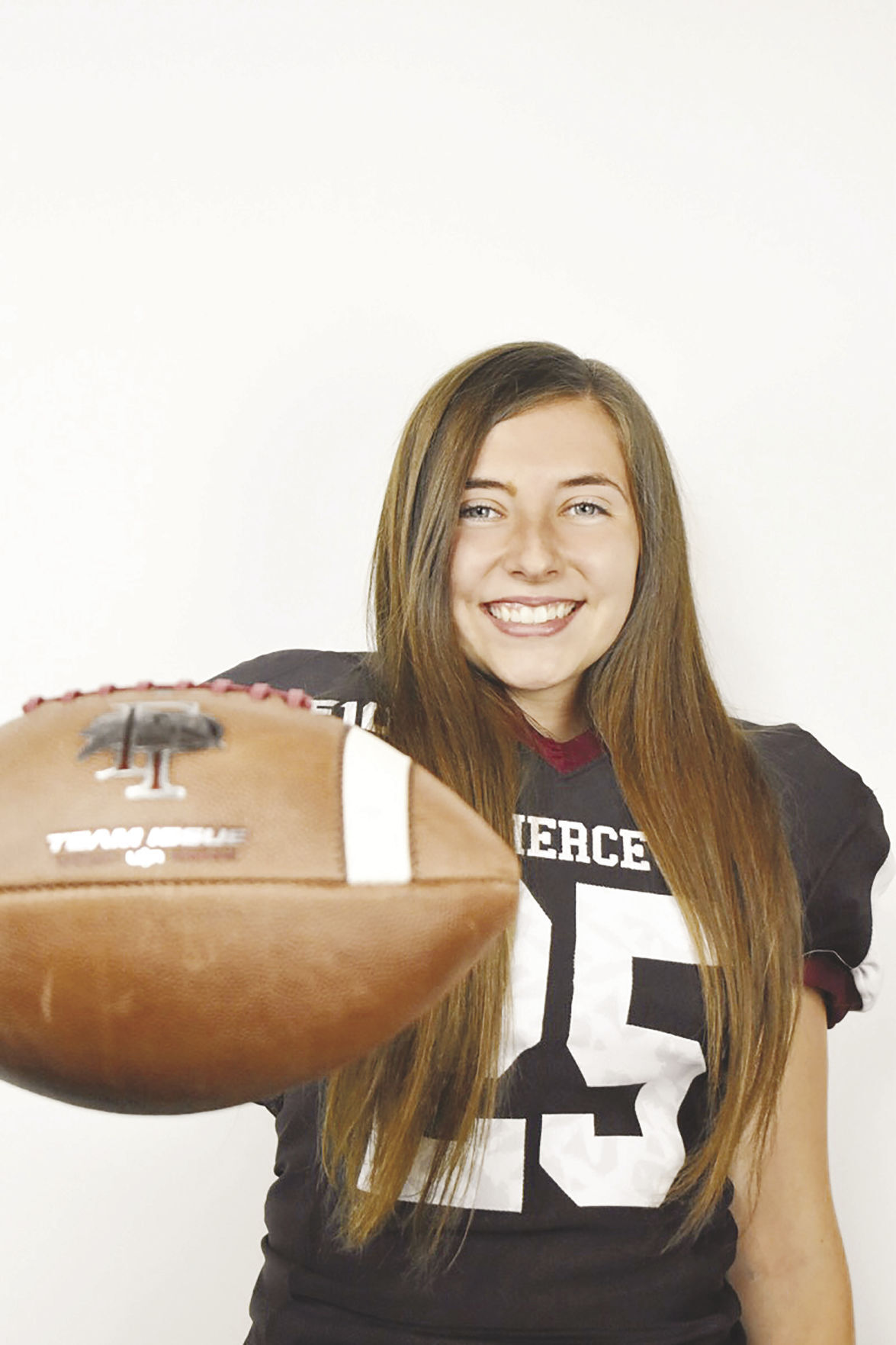 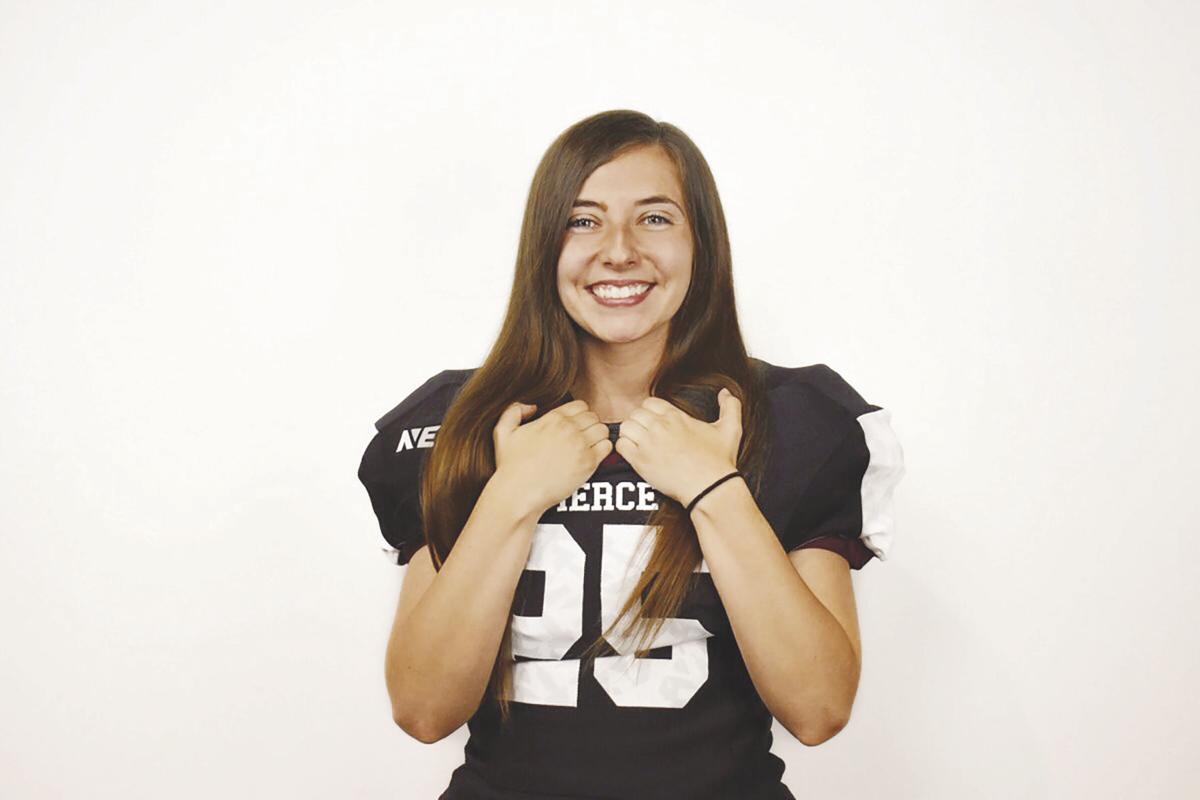 Morgan Smith watched the entire Vanderbilt University football game on Saturday, but she was specifically watching for one player — Vanderbilt kicker Sarah Fuller.

Fuller became the first woman to compete in a Power 5 conference football game. Fuller, who also serves as the goalkeeper on Vanderbilt’s women’s soccer team, put on a different uniform this weekend, and made history.

Like Fuller, Smith’s story starts on the soccer field. The Franklin Pierce University sophomore was recruited out of high school to join the Ravens’ women’s soccer team, but found another passion — football.

During her senior year of high school in South Glens Falls, NY, Smith split her time between the girls soccer team and the football team, serving as their kicker. She came to Franklin Pierce focused on soccer, but that new-found love for football didn’t go away.

“I missed football quite a bit, and the camaraderie that you get on the football team,” Smith said.

So, in May of her freshman year, she asked Franklin Pierce head coach Russell Gaskamp if she could try out for the football team. And he said yes.

“Honestly, I was surprised,” Smith said. “I thought he was gonna tell me, ‘No way,’ … but he treated me like anyone else. He didn’t treat me differently because I’m a female. He told me that he was willing to see me kick and gave me the opportunity like he would with any other player.”

Smith was nervous for the tryout, she said, but the coaches were supportive and made her feel like she belonged.

The tryout came and went, and Smith was offered a spot on the roster.

“I couldn’t have been happier,” Smith said. “Just the opportunity to play football at any level is a privilege. I was so excited.”

“It was humbling. I was excited to be that first,” Smith said. “I wish that there were dozens or hundreds of girls that had done it before me … but I always thought I could start a new trend and hopefully we’ll see more females come after me and be able to kick and play football as a whole.”

“I had no idea,” Smith said with a laugh. “I thought that was crazy, but it was cool after the fact.”

So, when Smith saw that Fuller was going to become the first woman to participate in Power 5 football, she had to watch.

“I thought it was the coolest thing in the world,” Smith said. “I just thought it was amazing and I was so excited to see that Division 1 schools … are open to having females play on the football team. It was mind blowing.”

Smith said Fuller’s impact on the game is massive — and not just on the field.

“You see a lot of little girls that are watching a football game for maybe the first time in their entire life and they’re seeing a girl on the screen and that’s monumental to them,” Smith said. “I think what Sarah did was amazing and just reaffirmed that thought that women belong on the same field as men and that we can compete with them.

“I’m just so proud of Sarah and I wish I could be her. She’s such a historic human being at this point,” she added.

Fuller gained national attention over the weekend for her historic role in Saturday’s game. She now has 124,000 followers on Instagram and over 37,000 followers on Twitter. Her last photo on Instagram, a picture of her holding a Vanderbilt football helmet with the caption “Let’s make history. #playlikeagirl #anchordown,” got over 321,000 likes.

There were a lot of positive reactions on social media, but, as the Internet is, there was a fair amount of negative comments as well.

Smith said even she had received some negative comments after earning her spot on the football team, but always felt supported by the people around her.

“If anything does happen, I have 87 guys on my team that’ll back me up no matter what,” Smith said.

If she had an opportunity to talk with Fuller, Smith said she’d be star struck at first, “because she’s living my dream,” but would want to learn from her experience playing at the Division 1 level.

“And probably just tell her that she’s been an inspiration for people who have been kicking for years. She’s a trailblazer,” Smith said.

Even though Fuller will naturally get more attention as a Division 1 player, Smith said it’s important to recognize that there are plenty of other female football players all across the country.

“I want [people] to know that she’s not the only one,” Smith said. “There’s me, there’s plenty of high school kickers, there’s plenty of other college kickers. This isn’t anything new and it’s going to continue to happen, so don’t be surprised if you see more girls in the future playing football.”