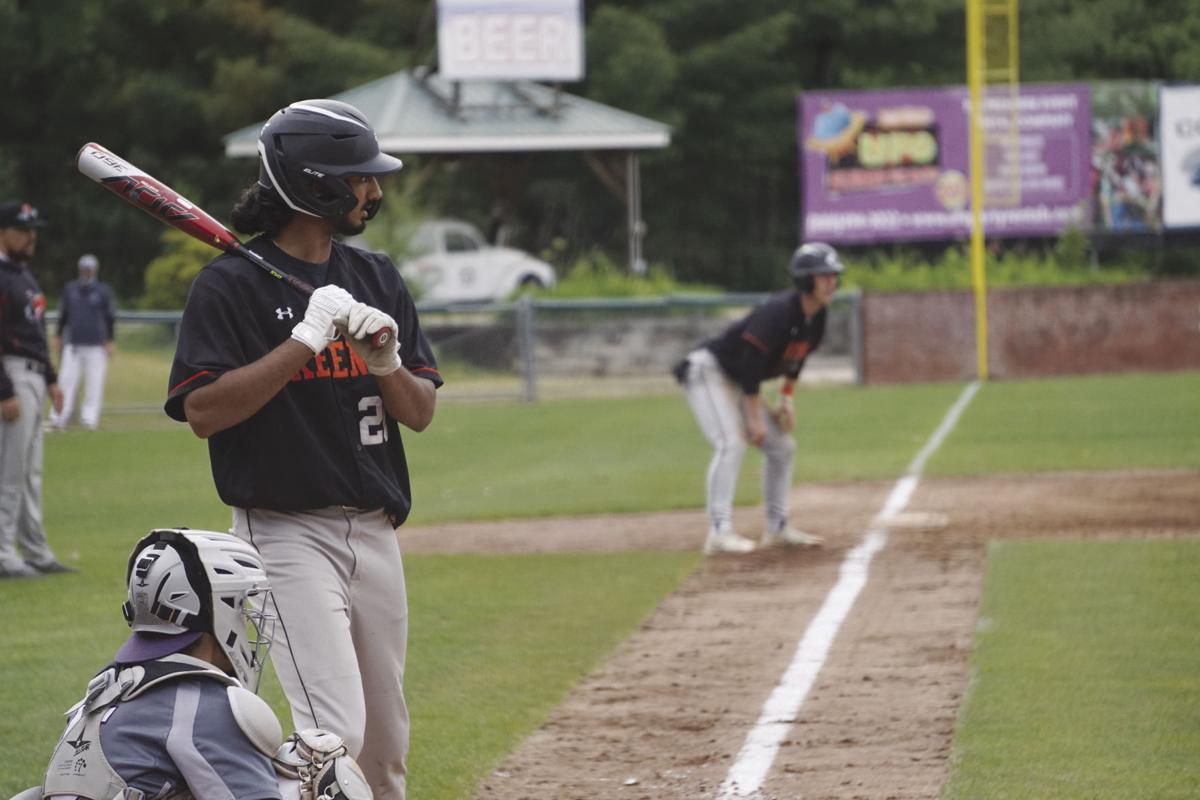 Junior Sharik Khan stands in the box before his two-RBI single to give the Keene baseball team the lead in their first-round playoff game against Nashua South Monday in Nashua. 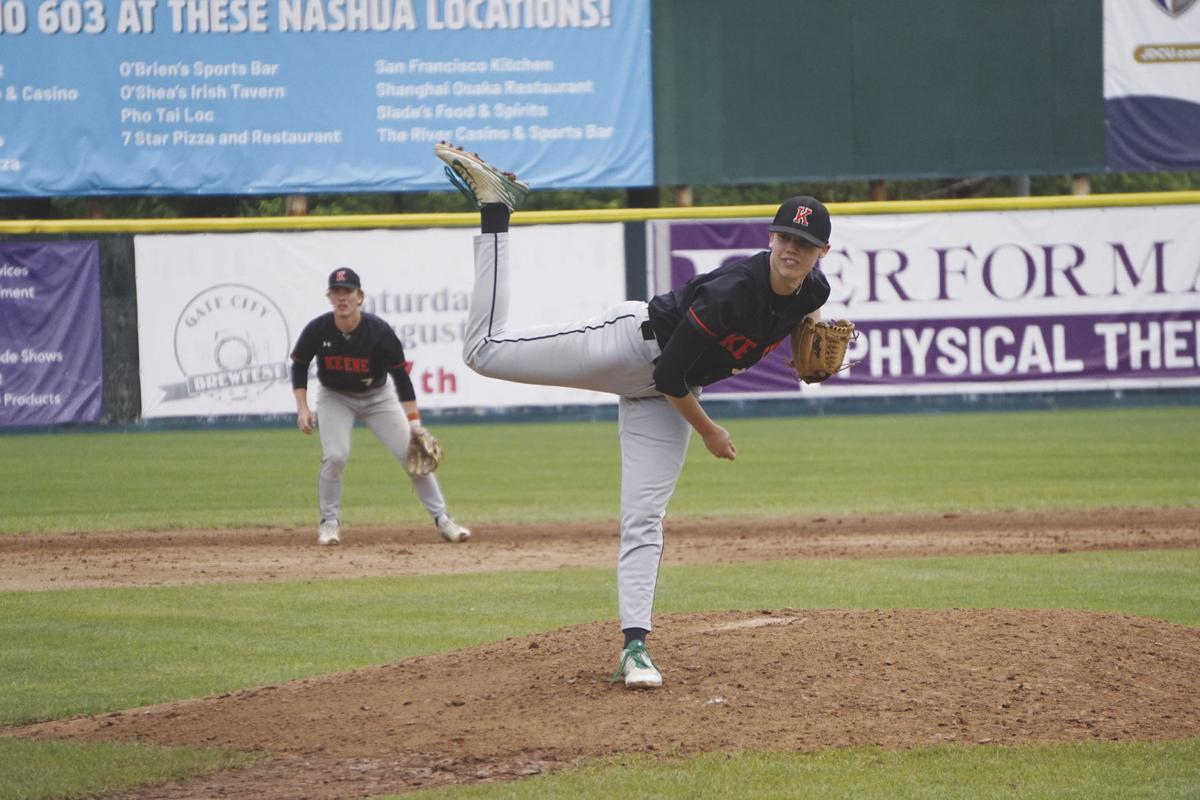 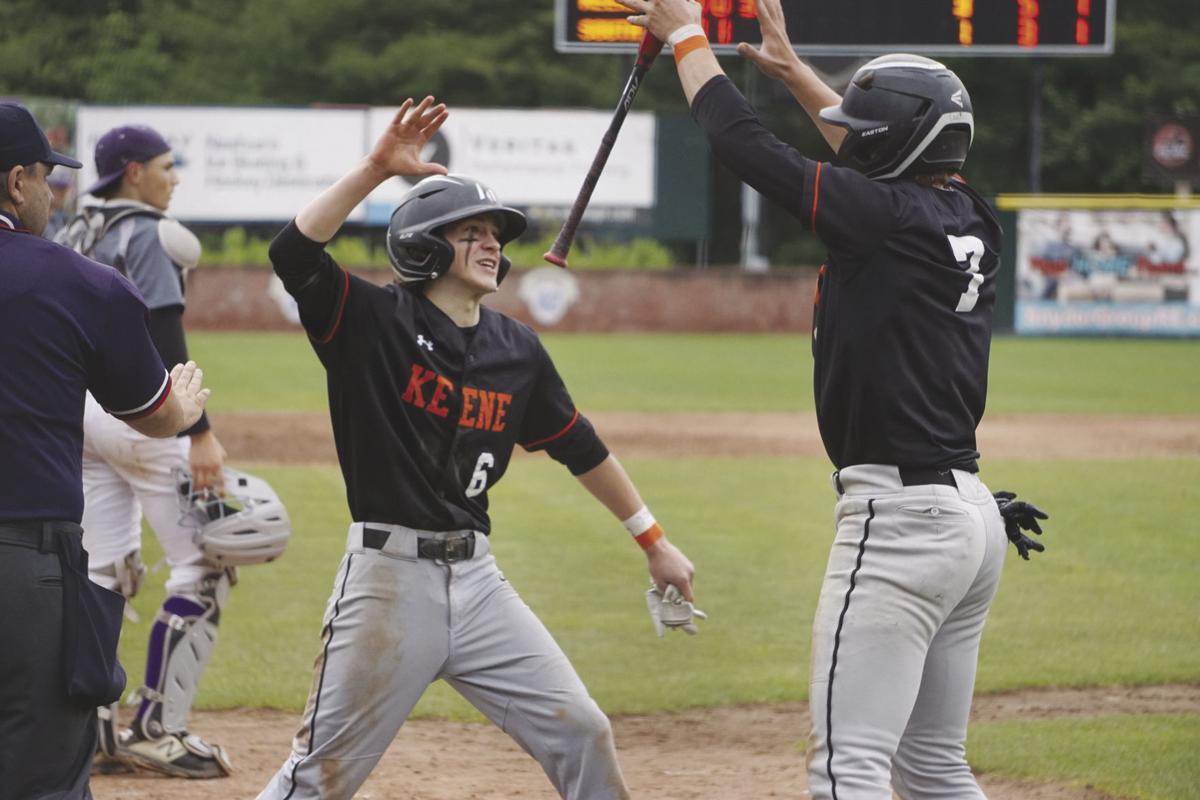 Junior Jared Schmitt, left, celebrates with senior Zach Mooers after scoring in the fourth inning of the Keene baseball team’s NHIAA Division I playoff game against Nashua South in Nashua. 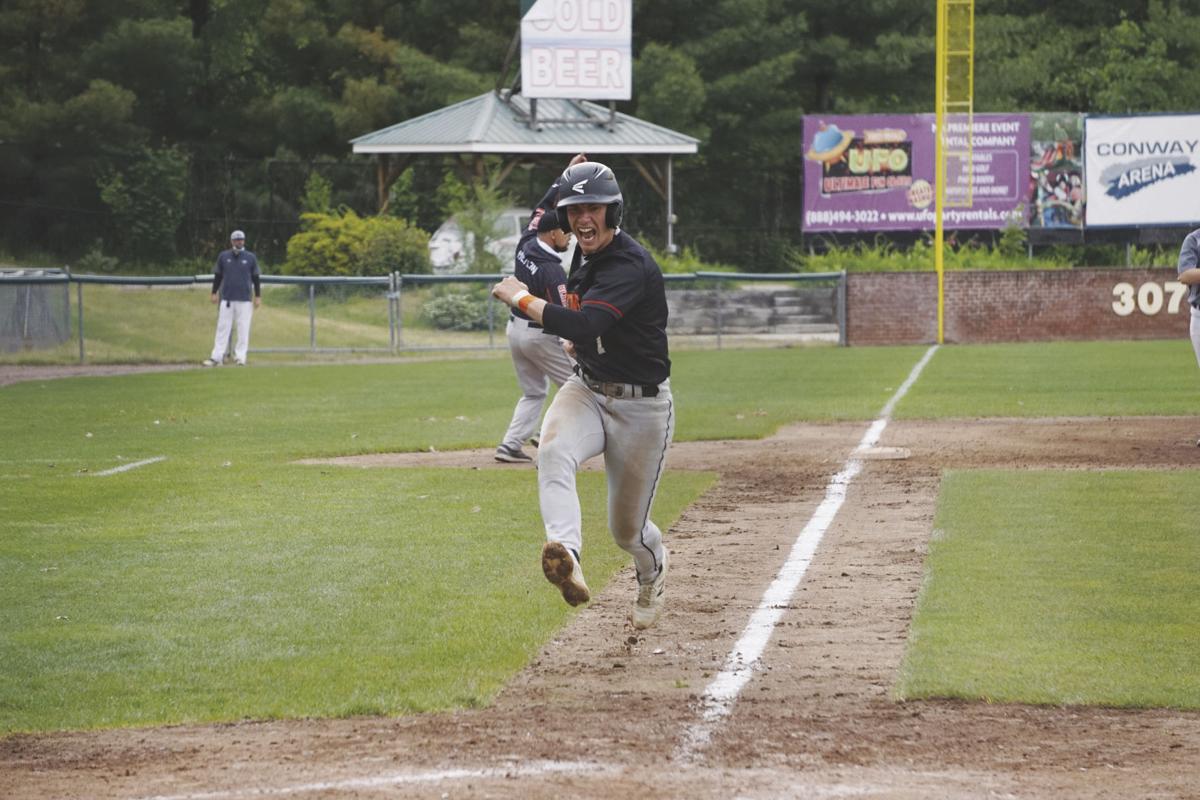 Senior Zach Mooers celebrates as he scores during the fourth inning of the Keene baseball team's NHIAA Division I playoff game against Nashua South Monday in Nashua.

Junior Sharik Khan stands in the box before his two-RBI single to give the Keene baseball team the lead in their first-round playoff game against Nashua South Monday in Nashua.

Junior Jared Schmitt, left, celebrates with senior Zach Mooers after scoring in the fourth inning of the Keene baseball team’s NHIAA Division I playoff game against Nashua South in Nashua.

NASHUA — With the bases loaded and two outs, usually it’s not ideal to have the bottom of the order stepping up to the plate.

Except when it’s Sharik Khan hitting in the eight-hole, apparently.

The junior hit the eventual game-winner — a two-out, two-RBI single — in the fourth inning of the Keene baseball team’s 6-2 win over Nashua South Monday at Holman Stadium in the first round of the NHIAA Division I tournament.

“I was a little jittery,” Khan admitted. “I felt like I had to be more cool, calm and collected and just go up and do my thing. And it worked out for me.”

Categorize it as a break-out game for Khan, who also smoked an RBI triple into the right-centerfield gap in the sixth inning, then later scored on a wild pitch to cement the Blackbirds’ lead.

No better time than the playoffs, right?

“Took the entirety of the season to get it started, but you know what? Better late than never,” Khan said with a smile.

Khan was one of three Blackbirds to have a multi-hit game. Junior Jared Schmitt extended his hitting streak to five games with a 2-2 day and sophomore Cal Tiani went 2-3 and came around to score after both hits.

Peter Haas, Zach Mooers, Aaron Caldwell and Tanner Payne each had a hit as well.

The Blackbirds got 10 hits total.

Four of Keene’s runs came in the fourth inning, sparked by an RBI double from Mooers to score Haas, who had reached on an error to lead off the inning.

After Schmitt reached on a walk and Tiani loaded the bases with a single, Khan came through with his single to score Mooers and Schmitt, much to the delight of the entire dugout.

Mooers in particular was pumped up, skipping down the third base line to score after the hit, smiling from ear to ear.

Then Tanner Payne scored Tiani with a pinch-hit single in the ninth spot of the lineup to put Keene ahead 4-1.

Haas did his part on the mound with another solid outing. He didn’t let South threaten until the third inning when the Panthers put together a two-out rally.

Haas almost got out of the jam, but an error gave South a 1-0 lead going into the fourth inning.

The Keene bats warmed up in the next half inning and the team never looked back.

Haas went the full seven innings, giving up one earned run on four hits. He walked four and struck out seven.

“I thought [Peter] got after it a little bit more with his fastball in innings five, six and seven,” Moylan said. “He was nit-picking a little bit with his breaking ball and changeup and just not giving himself the credit that his stuff has. His last three innings were his best innings.”

Junior Nolan Mederos got the start for South and went 3.2 innings, giving up four runs (three earned) on six hits. Mederos got through the first three innings without much trouble, but Keene got to him in the fourth inning. Sophomore Nick Shaw came in to record the last out of the fourth.

With the win, the Blackbirds (11-7) advance to the preliminary round of the NHIAA tournament Thursday at 2 p.m. where they clash with Nashua North back at Holman Stadium.

Mooers is scheduled to get the start Thursday.

“He’s one of our best players, so I suspect he’ll be ready and compete,” Moylan said. “We’re going to have to play defense behind him … and put together good at-bats. I suspect it’ll be a good game.”

“We’re feeling good,” Khan said. “We’re all hype. We’re going to get back on the bus … and do our thing when we come back.”