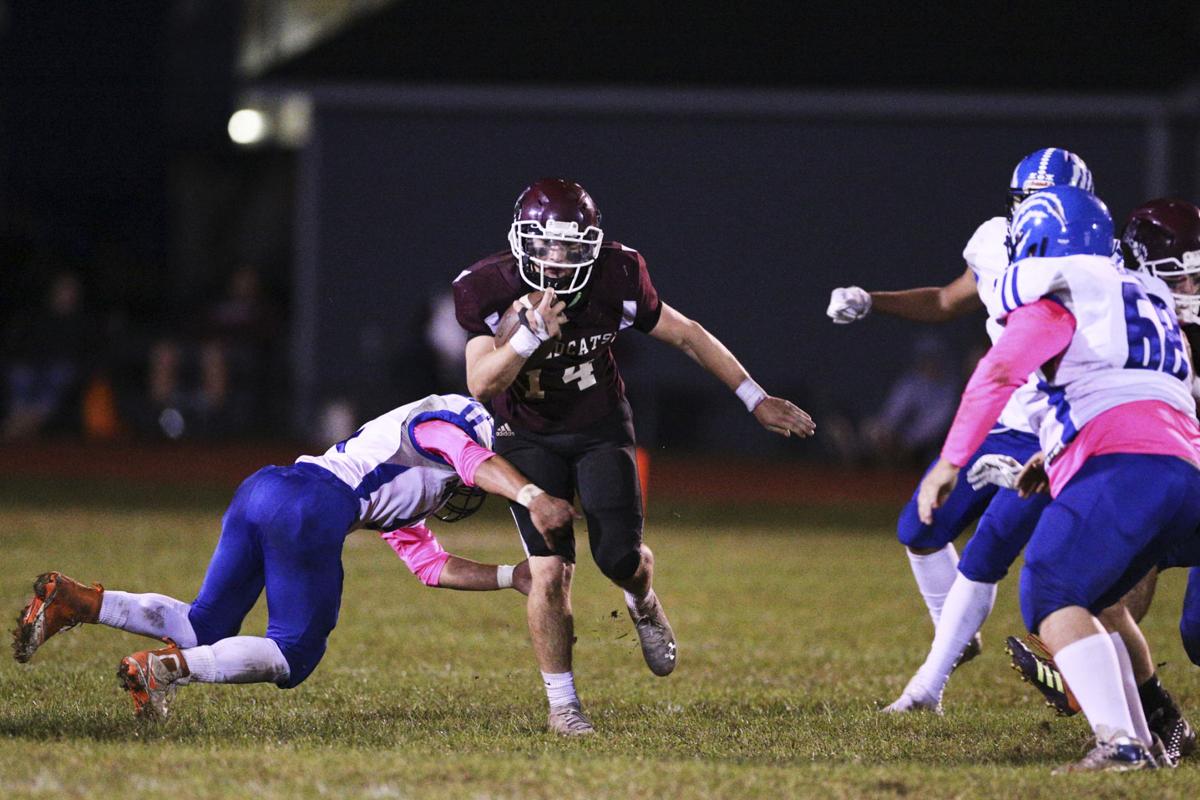 Fall Mountain’s Luke Gay (14) evades a tackle during the Wildcats’ game against the Hilltoppers Friday night in Langdon.

Fall Mountain’s Luke Gay (14) evades a tackle during the Wildcats’ game against the Hilltoppers Friday night in Langdon.

Senior Luke Gay of the Fall Mountain football team was voted by readers as Sentinel Player of the Week for the week of Oct. 9-15.

The Wildcats quarterback went 7-for-9 for 151 yards and four touchdowns in Fall Mountain’s 42-7 win over Bishop Brady Thursday Oct. 14. Gay also ran for 66 yards. Three of his four touchdown passes were two classmate Brady Elliott, who had 115 yards receiving.

“He’s been crazy impressive, and the best is still yet to come,” Binney added.

His first touchdown came on the Cougars’ first offensive play of the game — a 7-yard touchdown run — where he carried half the Kearsarge defense into the end zone with him to give ConVal an early lead. Hutchinson scored again to start the third quarter. He also made his presence known on the defensive side of the ball.

Burgess scored four goals in two games during the week, including a hat trick on Tuesday Oct. 12 in a 5-1 win over John Stark. He scored again during ConVal’s 4-0 win over Pelham Friday Oct. 15, and also had an assist.

Rupp scored the Cougars’ lone goal in the 2-1 loss to Milford on Tuesday Oct. 12.

Nominees for Sentinel Player of the Week for the week of Oct. 16-22 will be announced in Monday’s Sentinel, online at Sentinelsource.com and on Twitter @KeeneSentSports.

Know someone who deserves to be nominated for Sentinel Player of the Week? Email Chris Detwiler at cdetwiler@keenesentinel.com.