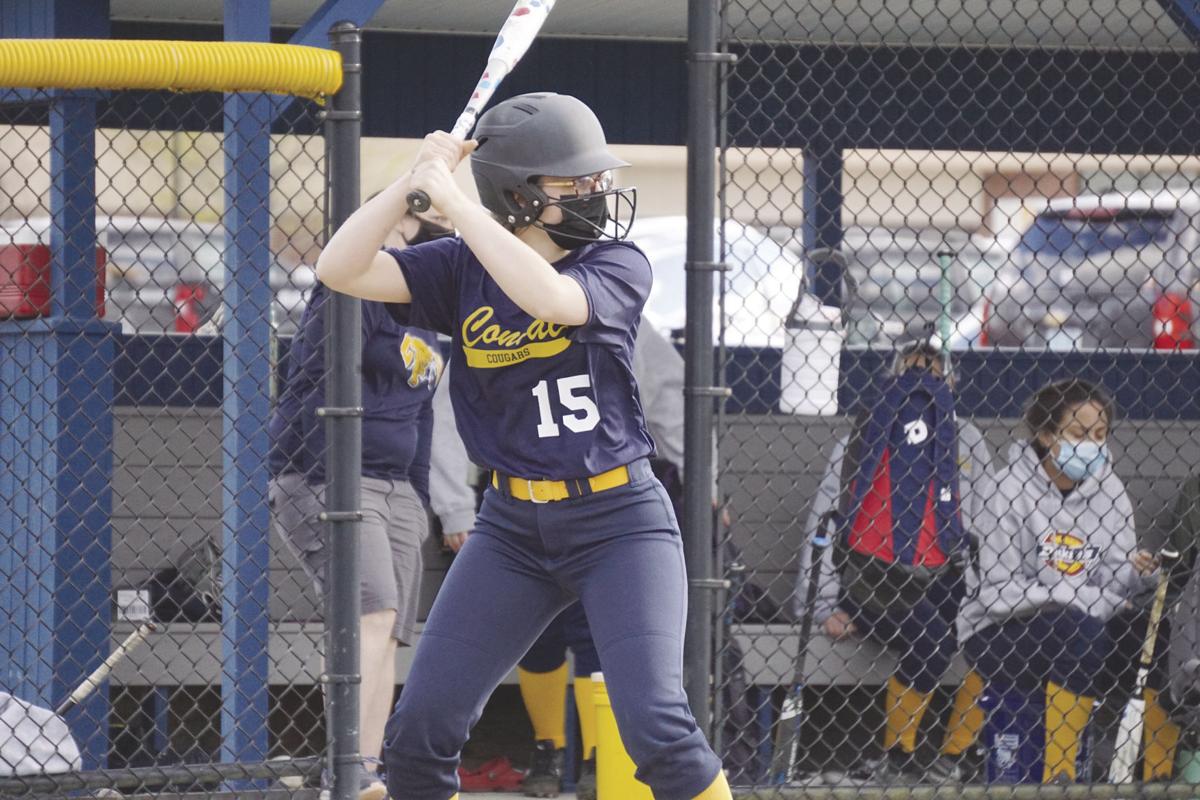 Senior Breanna Hutchinson stands in the box during the ConVal softball team’s game against Pelham Wednesday in Peterborough. 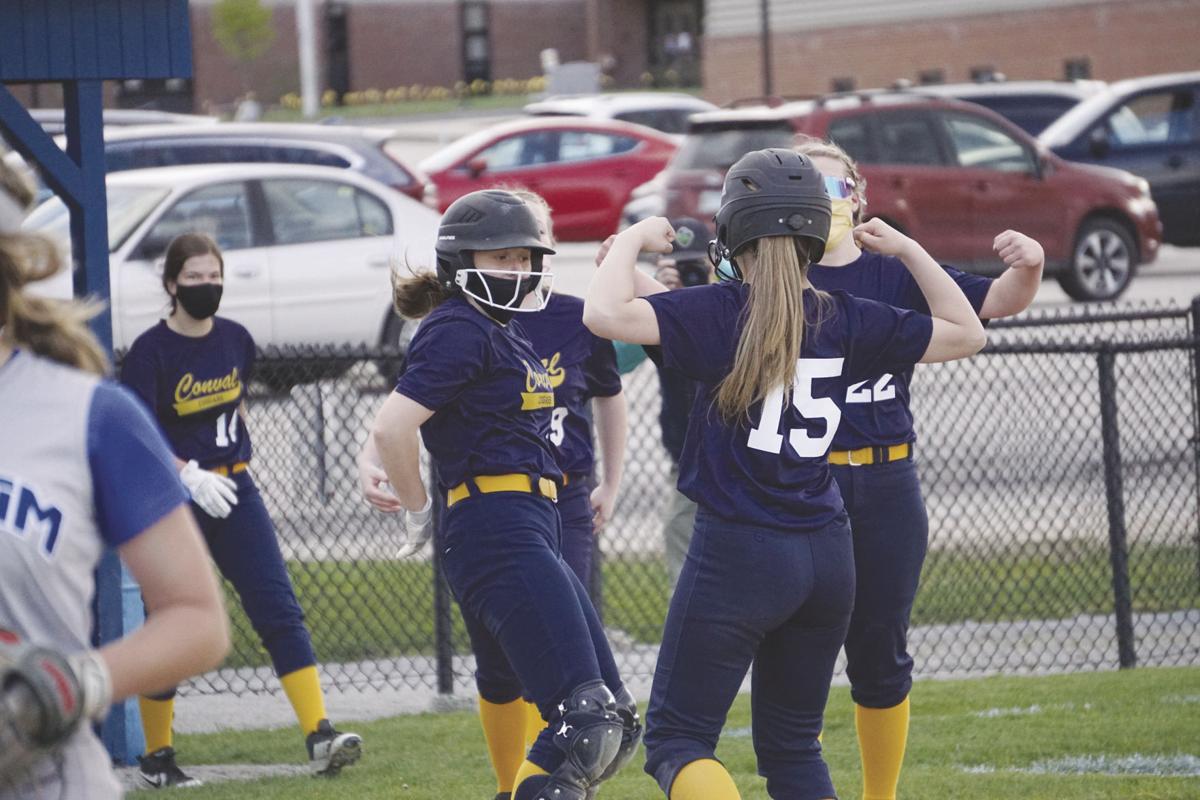 Senior Breanna Hutchinson (15) celebrates with her teammates after her walk-off single during the ConVal softball team’s game against Pelham Wednesday in Peterborough. 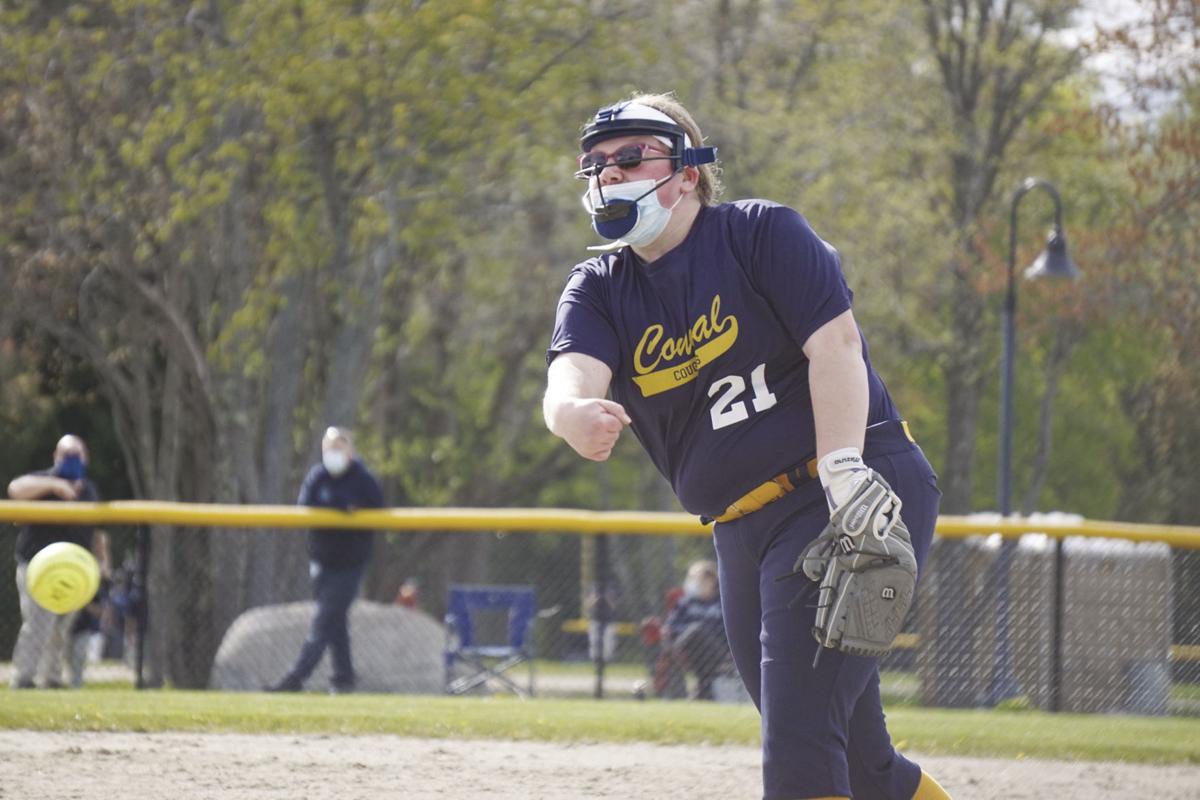 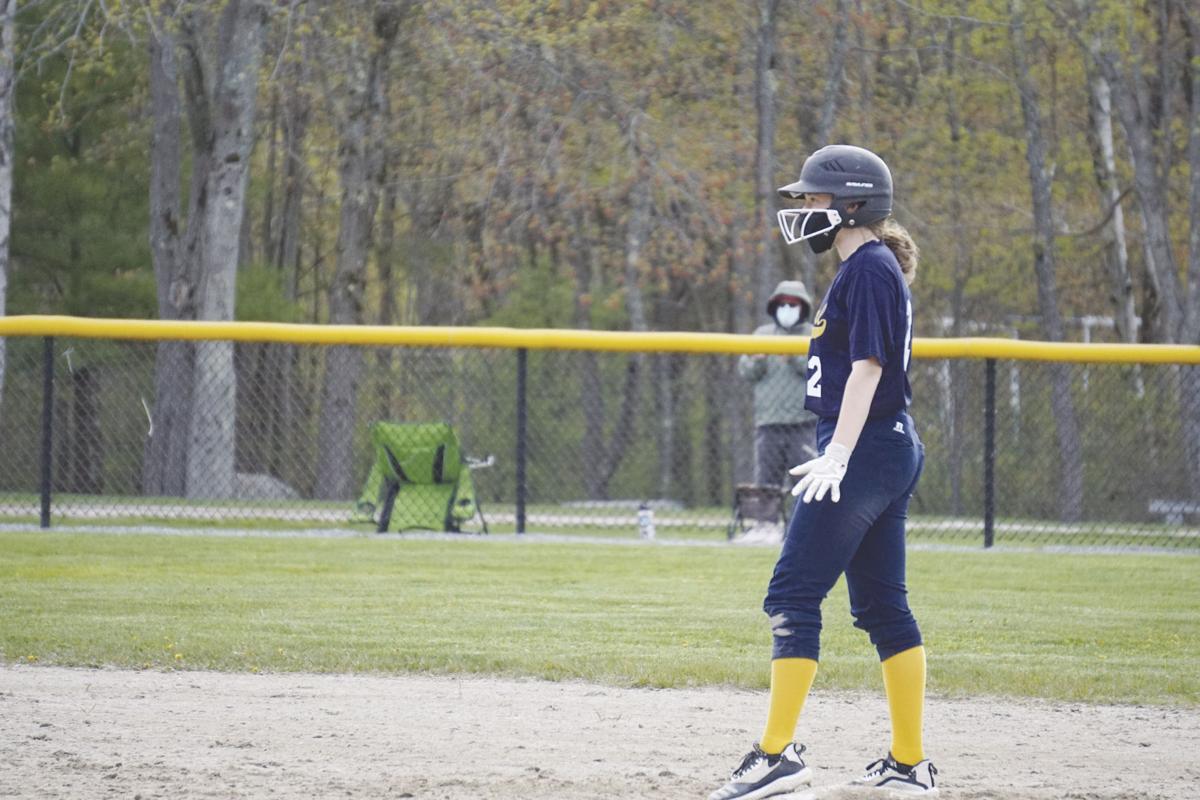 Sophomore Morgan Bemont stands on second base after her game-tying double during the ConVal softball team’s game against Pelham Wednesday in Peterborough.

Senior Breanna Hutchinson stands in the box during the ConVal softball team’s game against Pelham Wednesday in Peterborough.

Senior Breanna Hutchinson (15) celebrates with her teammates after her walk-off single during the ConVal softball team’s game against Pelham Wednesday in Peterborough.

PETERBOROUGH — Breanna Hutchinson’s RBI single in the bottom of the seventh inning was a walk-off hit, right?

It sure was, but nobody on the field seemed to realize it.

Even after the senior’s game-winning hit, play continued for a bit before the message got to the players that the game was over, and the ConVal softball team had won, 7-6, against Pelham Wednesday in Peterborough.

Maybe it was because the scoreboard at ConVal Softball Field is broken, or maybe it was just part of the strategy.

“[The girls] don’t know the score, and I purposefully don’t tell them,” said head coach Amanda Hinton. “I did say, ‘We’re down by a couple,’ and then I said, ‘Now we need to score one.’ I guess they thought that I was lying.”

The scoreboard will be fixed soon though, Hinton said,

Hutchinson’s game-winner was set up by junior Julielle Cabana’s walk with one out in the bottom of the seventh inning. Then, freshman Mary Hulslander — the nine-hole hitter — moved Cabana to second with a clutch single.

A game-tying RBI double in the sixth inning from sophomore Morgan Bemont put the Cougars in position to win it in the seventh.

All-in-all, the Cougars scored three times in the final two innings in the comeback victory.

In the third inning, Pelham scored four times to take a 5-2 lead. The Pythons were hitting off of sophomore Lily Mandel, ConVal’s starter, well.

“We talked about the fact that we had heard that Pelham can hit,” Hinton said. “So, we knew that we would need to hit. Once we got past that rough inning in the third, we played some good defense.”

Pelham’s lead was 6-4 heading into the bottom of the sixth inning, and ConVal’s offense came alive to take the late lead.

“When we have a good inning, the next inning usually goes better,” Hinton said. “They knew that they were down by a little bit … and the girls said, ‘We’re going to get it back little by little,’ and they sure did.”

Mandel pitched the complete game for ConVal, giving up the six earned runs on 11 hits while striking out seven batters to earn the win.

Bemont finished the afternoon 2-3, with a triple in the first inning — when she eventually scored on a wild pitch — and the game-tying double in the sixth. The catcher got on base in all four plate appearances.

“Bemont really had the two big hits,” Hinton said. “That triple in the first was a big one and the double to plate the two runs in the sixth was definitely a big one. And Morgan had another great game behind the plate.”

Hutchinson and Cabana — who was batting eighth — each scored twice for ConVal. Hutchinson also had two RBI on the day.