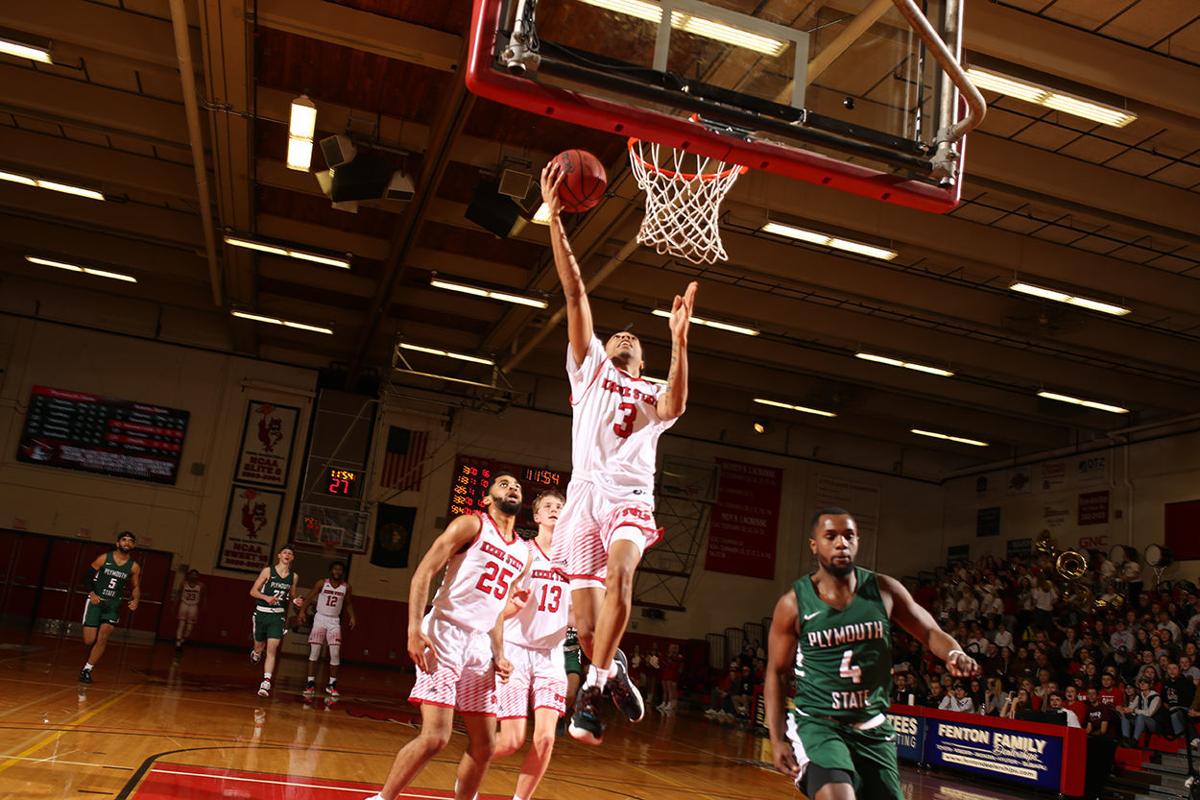 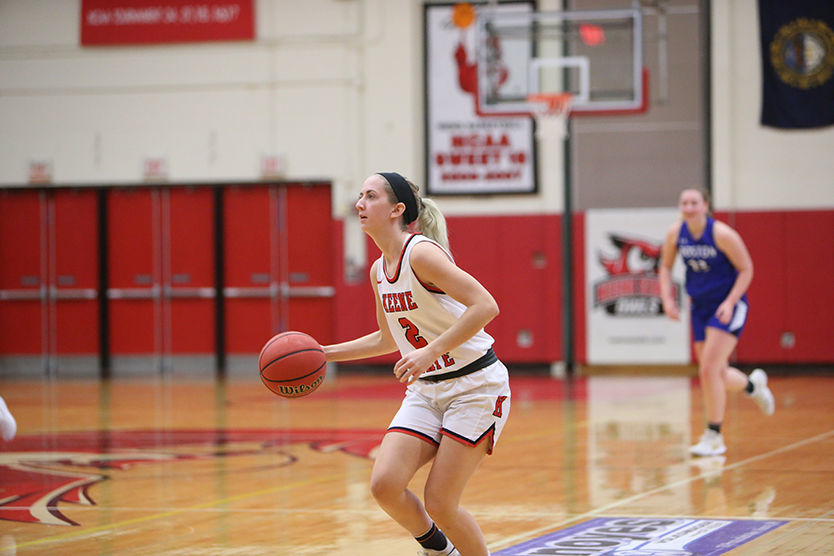 Katie Martineau scored 15 points as the Owls trounced their rivals from Plymouth.

Katie Martineau scored 15 points as the Owls trounced their rivals from Plymouth.

Learning how to close out wins sometimes takes time with young teams, and so it goes for the Keene State College men’s basketball team.

The Owls, with only one senior on their roster, have suffered their share of losses after blown leads this season and it almost happened again Wednesday night. But this time they recovered from giving up a 17-point lead in the second half to defeat rival Plymouth State University 83-77 at Spaulding Gymnasium.

James Anozie became the 37th member of the program to join the 1,000-point club, and DeVon Beasley poured in a career-high seven threes and 25 points. With the victory, the Owls claw back to .500 in the Little East Conference at 6-6 and are 8-13 overall. PSU fell to 6-5 in the LEC and 12-8 overall, as the Owls swept the season series and snapped a six-game Panther winning streak.

The Owls shot 52 percent in the opening half while building a 17-point advantage, then eventually led by that same margin with 9:32 to go. Beasley torched the net with 7-for-14 three-point shooting, and Anozie finished with 14 points on 6-of-11 shooting. He scored his 1,000th point from the foul line with 12:02 to go.

KSC won for the third time in the past four games and gained ground for the sixth and final playoff spot in the conference after Eastern Connecticut State University and the University of Southern Maine both lost.

Dante Rivera led PSU with 18 points. Jaylen LeRoy added in 12 points and 10 rebounds. The Panthers had tied the game with a 9-0 run and took a 73-70 lead. Beasley drained a clutch contested 3-point shot to tie the game with 4.6 seconds left. After a timeout, the Panthers missed a chance to win after Rivera’s running three was well off the mark.

Tony Harris made two free throws in the initial 1:23 of overtime to put the Owls in front again, and they never trailed again.

Keene State 56, Plymouth State 31 — Like the men, the Owl women hung on to the sixth and final conference playoff spot with a victory over their rivals.

Katie Martineau made 5-of-6 from the 3-point line in the opening half as the Owls built a 33-point lead. They are now 6-6 in the LEC, 7-14 overall, while PSU is still winless in league play and 4-16 overall.

The Owls quickly assumed control and never looked back, as they scored the first 16 points of the game, and the lead grew to 39-6. Martineau finished with 15 points, while Abby Grandmaison had eight points and Lilly Shlimon scored eight. All 15 Owls saw action in the game.

Now leading by two games for the sixth and final playoff spot, KSC has a week off before heading to UMass-Dartmouth (11-9, 6-5 LEC) Wednesday, Feb. 12.