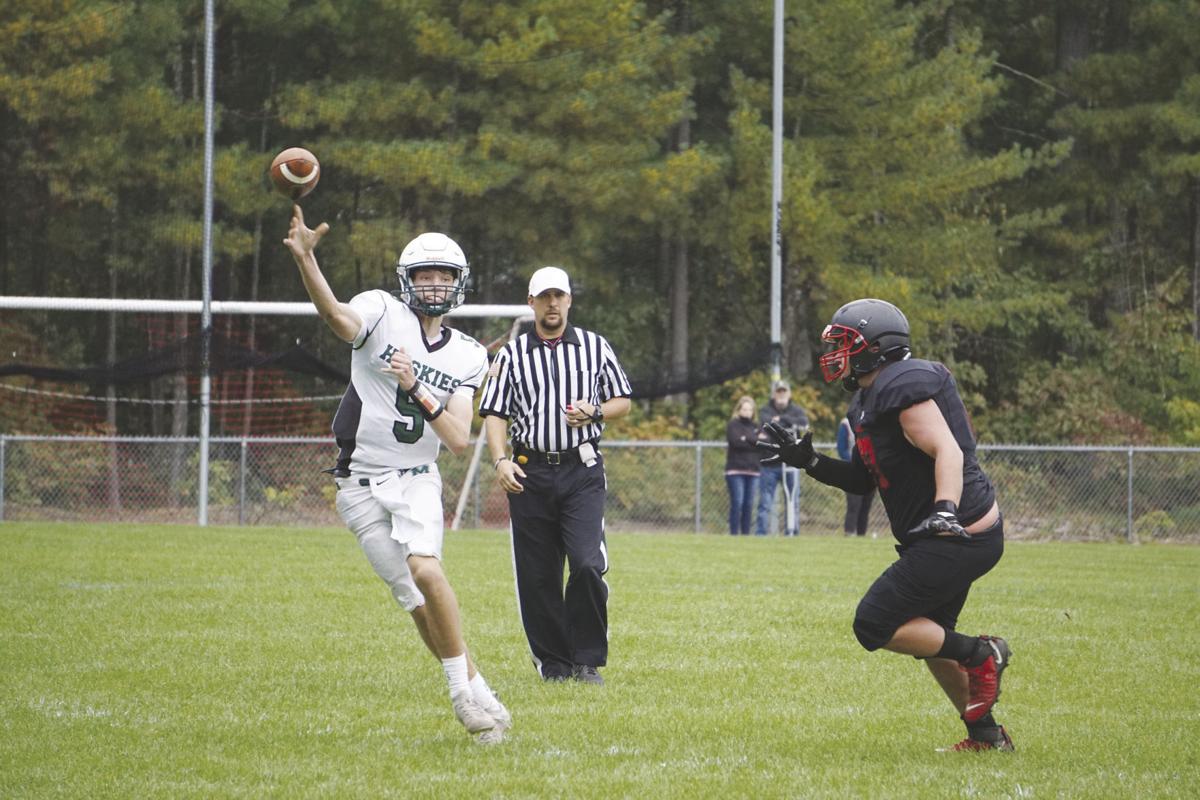 Monadnock quarterback Carson Shanks throws the ball downfield during Saturday’s game between the Huskies and the Campbell Cougars in Litchfield. 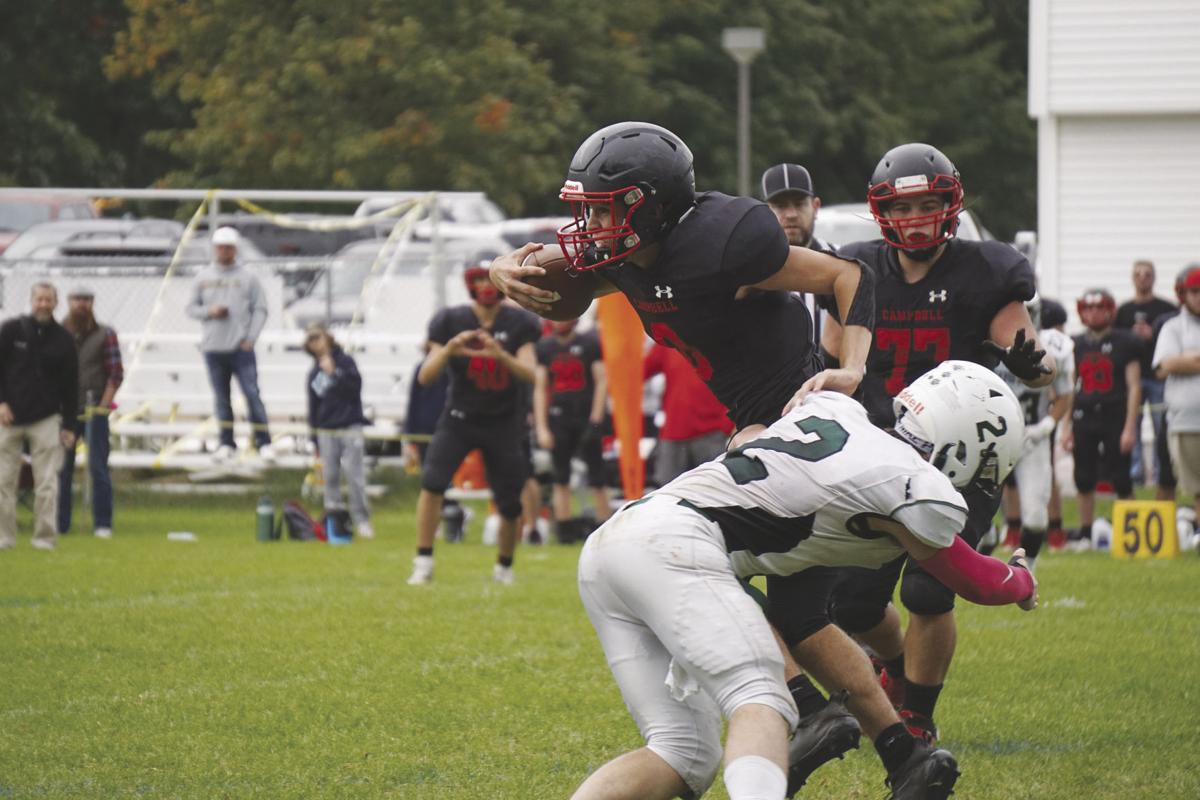 Campbell quarterback John Newell (8) evades a tackle during Saturday's game between the Monadnock Huskies and the Cougars in Litchfield.

LITCHFIELD — The Monadnock football team had one offensive drive during the third quarter of Saturday’s game against Campbell.

The Huskies netted -2 yards on that drive, which ended with a blocked punt that set Campbell up at the Monadnock 33 yard line.

That’s just the kind of day it was for Monadnock in an 18-0 loss to the Cougars in Litchfield, a game that affected Division III standings with three games to play.

“They beat us in the trenches,” said Monadnock head coach Rob Lotito. “That was the difference in the game.”

Twelve of Campbell’s 18 points came on two touchdowns in the third quarter. The Cougars scored on the opening possession of the second half, then scored again after recovering the onside kick after their first touchdown.

“We’ve always tried to get those extra possessions by kicking onside kicks and going for it on fourth down,” said Campbell head coach Glen Costello. “In a game like this, it pays dividends.”

Campbell was set up nicely at the end of the third quarter thanks to the blocked punt, and scored its third touchdown of the game in the first 30 seconds of the fourth quarter to take the 18-0 lead.

Nate Perry scored the Cougars’ first touchdown on a three-yard run to cap off a six-minute, 57-yard drive to open the third quarter.

John Newell had the second one after the onside kick recovery, using his legs — as he did throughout the entire second half — to cross the goalline on a quarterback keeper from 15 yards out.

The quarterback keeper was key for the Cougars during their big third quarter, then in the fourth to help run down the clock. Newell and Perry both found success running the football against Monadnock’s defensive line.

“We couldn’t run the ball, and they did,” Lotitio said. “They ran the same play I think 20 times. It happens. We didn’t get it done.”

Jackson Kanaley scored Campbell’s final touchdown, a five-yard run at the start of the fourth quarter after the blocked punt.

Campbell’s big third quarter came after a scoreless first half, where both teams looked sluggish on the offensive side of the ball. Part of the sluggish start can be attributed to strong defensive play all around.

Campbell pressured Monadnock quarterback Carson Shanks consistently, recording four sacks. Three of them were in the first half.

“They ran some good blitzes,” Lotito said. “They beat us. It’s on me. We should never be in a situation where a team beats us like that physically.”

One of Campbell’s sacks resulted in a fumble in the final 30 seconds of the first half, but Ethan Brown intercepted Newell on the Cougars’ first play after the turnover to get the ball right back.

Brown’s interception was the Huskies’s second of the half. Hayden Haddock had one early in the second quarter after Newell’s throw was tipped in the air and Haddock snagged it.

All-in-all, Monadnock forced three turnovers — Jack Lorenz recovered a fumble in the fourth quarter — but the offense couldn’t turn any of those opportunities into points.

Once Campbell built up a three-score lead in the fourth quarter, Monadnock was forced to spread out and throw the ball downfield — not the Huskies’ MO.

“That was the tipping point,” Costello said. “We broke it open at that point.”

Shanks and the rest of the Monadnock offense could not get anything going in the second half, and the clock wound down with Campbell’s lead in tact.

With the loss, Monadnock falls to 3-2, now fifth in the Division III standings. The Huskies sit behind Kearsarge (3-2), who’s Week 2 game against the Huskies was canceled due to positive COVID tests on Kearsarge’s team.

Campbell moves to 4-1 and sits in third in the standings.