Free
Get Started
You are the owner of this article.
Edit Article Add New Article
You have permission to edit this article.
Edit
Home
News
Sports
Opinion
Events/tickets
Obituaries
Hub
Publications
Classifieds
Jobs
E-edition
1 of 4 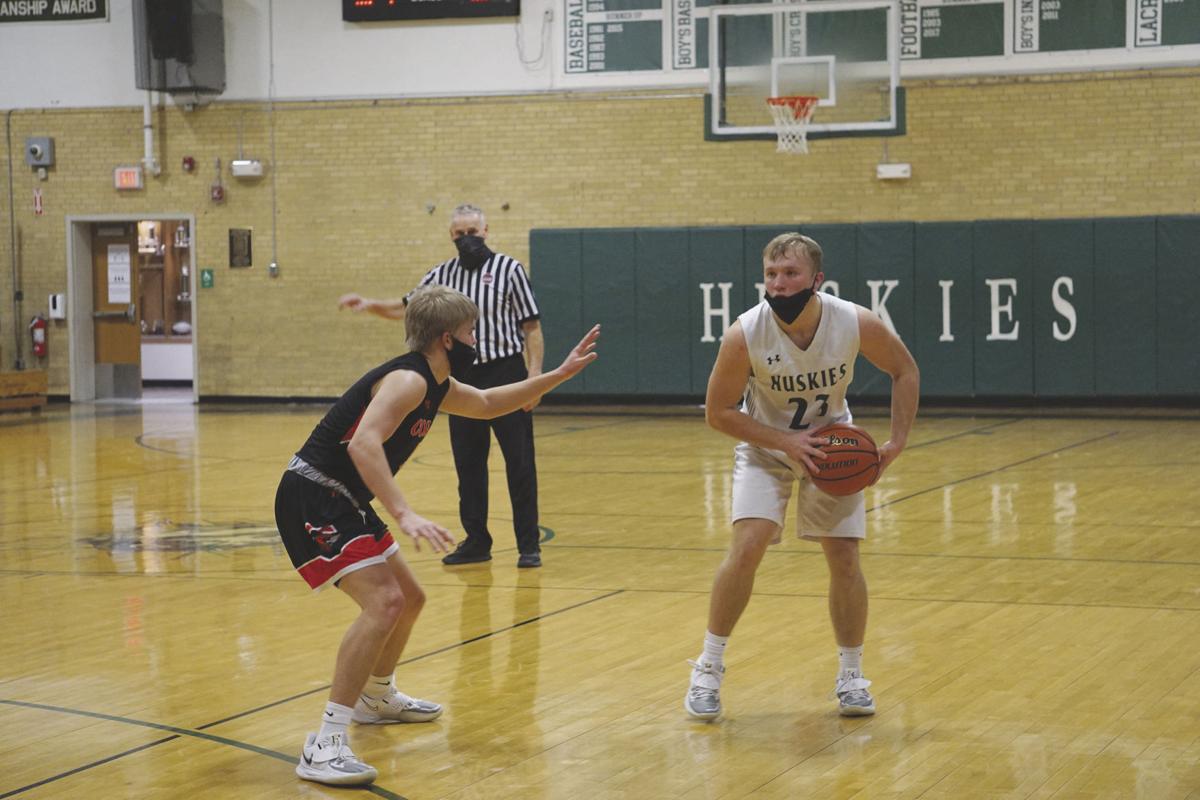 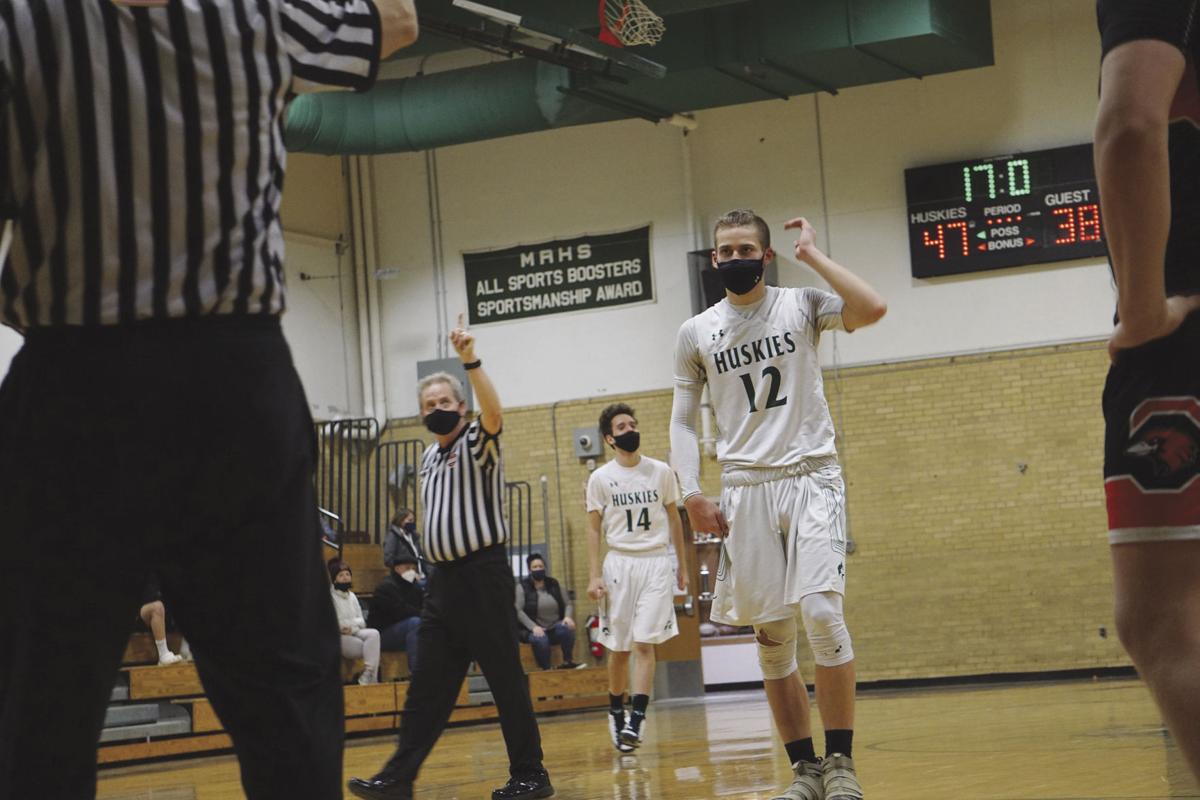 Monadnock senior Nate Doyle lines up to take free throws late in the fourth quarter of Tuesday’s game against Conant in Swanzey. 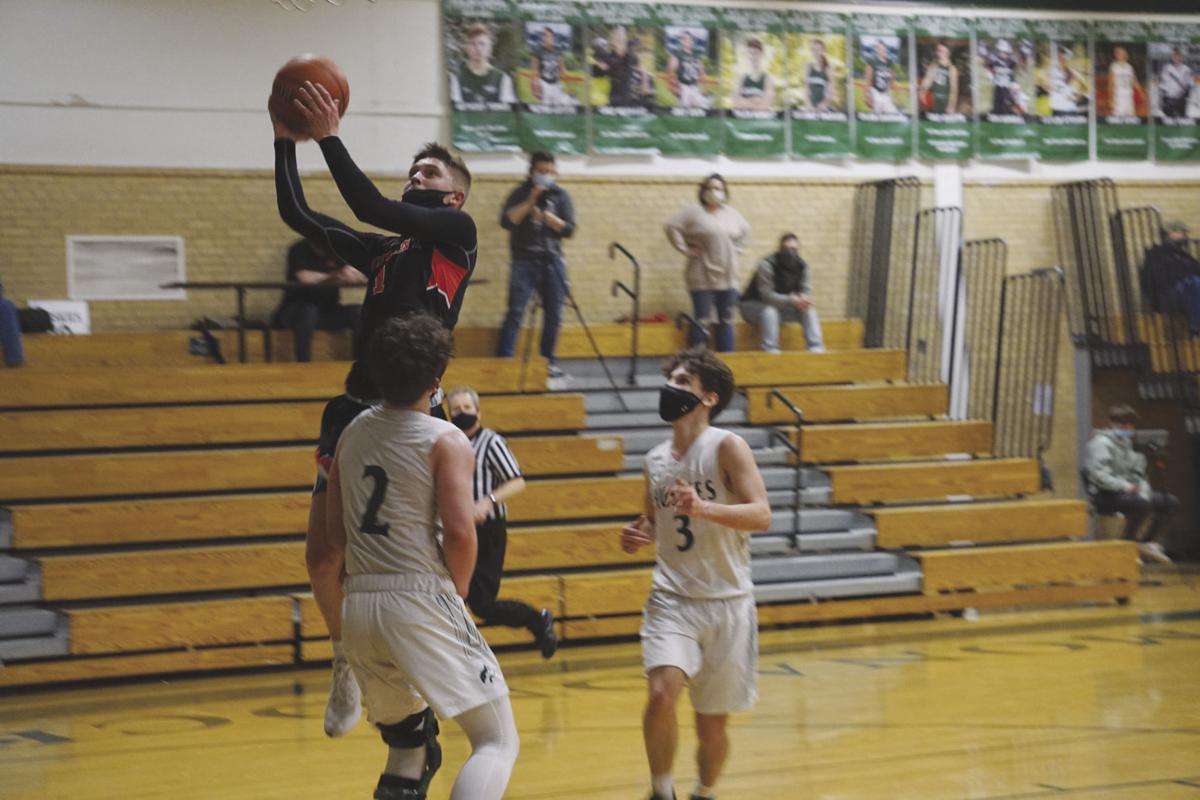 Conant’s Colson Seppala lays up a shot during Tuesday’s game in Swanzey. 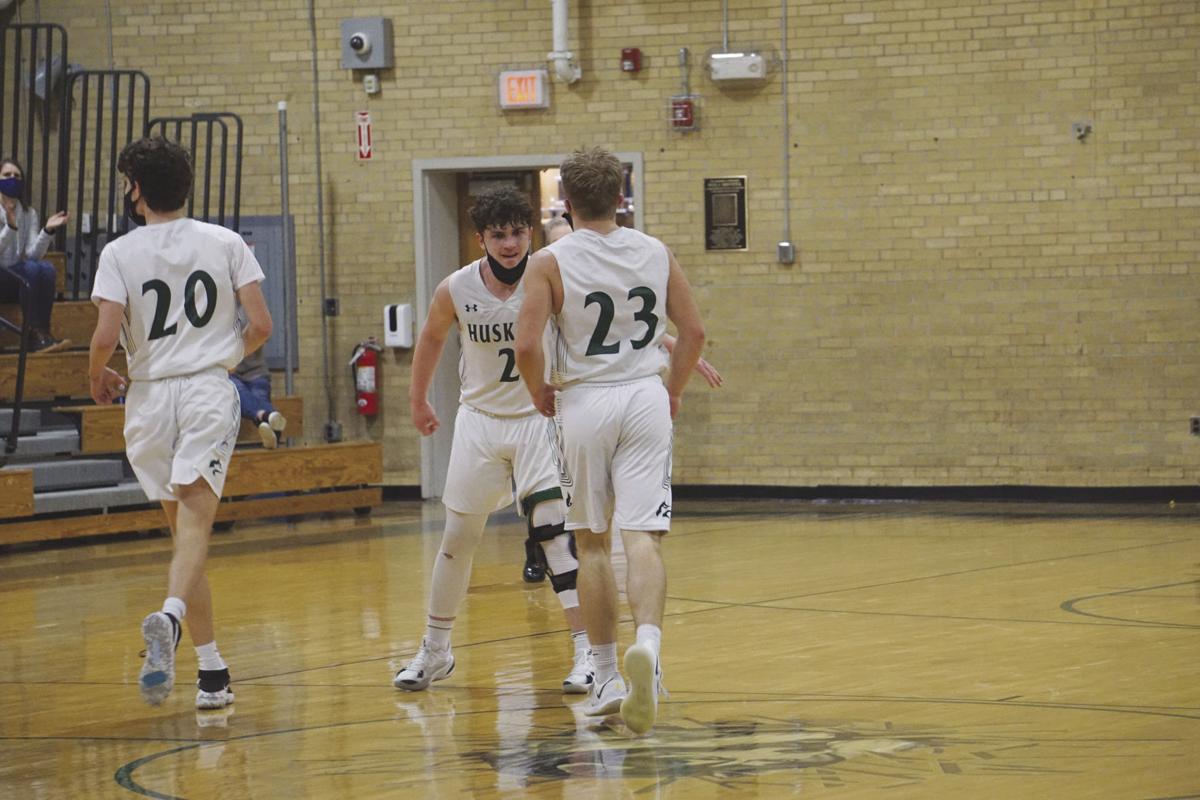 SWANZEY — If the NHIAA tournament preliminary round matchup between these two teams is anything like this one, fans are in for a treat.

Behind lots of pressure and energy, the Monadnock boys basketball team earned a hard-fought win over Conant, 48-38, Tuesday in Swanzey.

Senior Jake Kidney led the Huskies with 13 points, including crucial free throws down the stretch.

He and classmate Nate Doyle, who finished with 11 points, got to the line late in the fourth quarter and iced the game.

It was a defensive battle from the start, with neither team gaining much momentum on offense at any point throughout the game.

Monadnock’s defense was suffocating, and the Huskies held a 12-5 lead after the first quarter.

“We made some slight adjustments before the Mascenic game [Saturday],” said Monadnock head coach Jim Hill. “I think it made a difference in terms of the angle of our defensive positioning.

“If we’re going to do anything for the rest of the year, we have to play defense,” Hill added.

Conant went on a run of its own in the second, coming back to tie the game in the first few minutes of that quarter.

Monadnock had a 22-18 lead at the half, but the script flipped again in the third, as Conant senior Colson Seppala, who finished with a game-high 14 points, hit a three-pointer to put the Orioles in front a few minutes into the second half.

Doyle answered right away, but it was Conant that held a 32-30 lead after the third.

Emotions were running high in the tight fourth quarter, but when the dust eventually settled and the final buzzer rang thorough the gym, it was the Huskies on top.

“I thought our guys played hard,” said Conant head coach Eric Saucier. “It was good getting ready for the playoffs. This was playoff basketball tonight.”

Garrett Somero complemented Seppala’s performance with eight points of his own.

“Everybody needs to be ready to play,” Saucier said. “Especially when it comes to playoffs, it can’t be one guy. It has to be everybody.”

These high-energy, competitive matchups — the kind where you can’t take a single minute off — can be draining. Now, Monadnock and Conant have two more lined up this week.

The teams meet again Friday in Jaffrey to wrap up the regular season, and then again Monday in the first round of the postseason tournament.

But it’s what the teams have trained for all year long.

“We could have two games left, that’s it,” Kidney said. “It could be over tomorrow even, with COVID, so you have to take that opportunity.”

And the key to staying grounded throughout the final games of the regular season?

“We take one game at a time,” Saucier said. “I just told [the team], ‘This one’s over. We go back to work tomorrow.’ We never look ahead.”

Saucier added that since the teams see each other again so soon, his team can bounce back quickly.

“Right now it’s just about playing hard,” Saucier said, adding that he was proud of the team’s effort. “Play hard, and you always have a chance. Shots didn’t fall, and that’s OK. We just get back at it on Friday, that’s the nice part.”

Tuesday also marked senior night for the Huskies, who put out an all-senior starting five to commemorate the athletes who have now played their final game at Paul Joseph Breckell Gymnasium.

“I’ve been playing [in this gym] for four years at least — actually six because we play here in middle school,” Kidney said, adding that he’s been going to Monadnock basketball games since third grade. “I’ve seen a lot of senior nights, but I never thought I’d actually have one because it seemed so far away, so it’s crazy that it’s happening now.

“Obviously a great win tonight. Happy to get it on senior night,” Kidney added.

Hill said the impact the five seniors have had on the program goes deeper than just the success they helped bring to the court; it’s about their influence on the underclassmen.

Hill said he ran an exercise with his team after the game where he had his underclassmen describe a senior. The number one answer, he said, was how helpful and positive these seniors have been.

Since Monadnock was picked as the lowest seed in its region on the postseason bracket — the seedings this year were picked at random — it means the Huskies will be on the road for the rest of the year.

“We need to embrace that challenge,” Hill said. “We have to dedicate ourselves to chaos from here on out. Survive and advance. We’re starting to build up for that.”