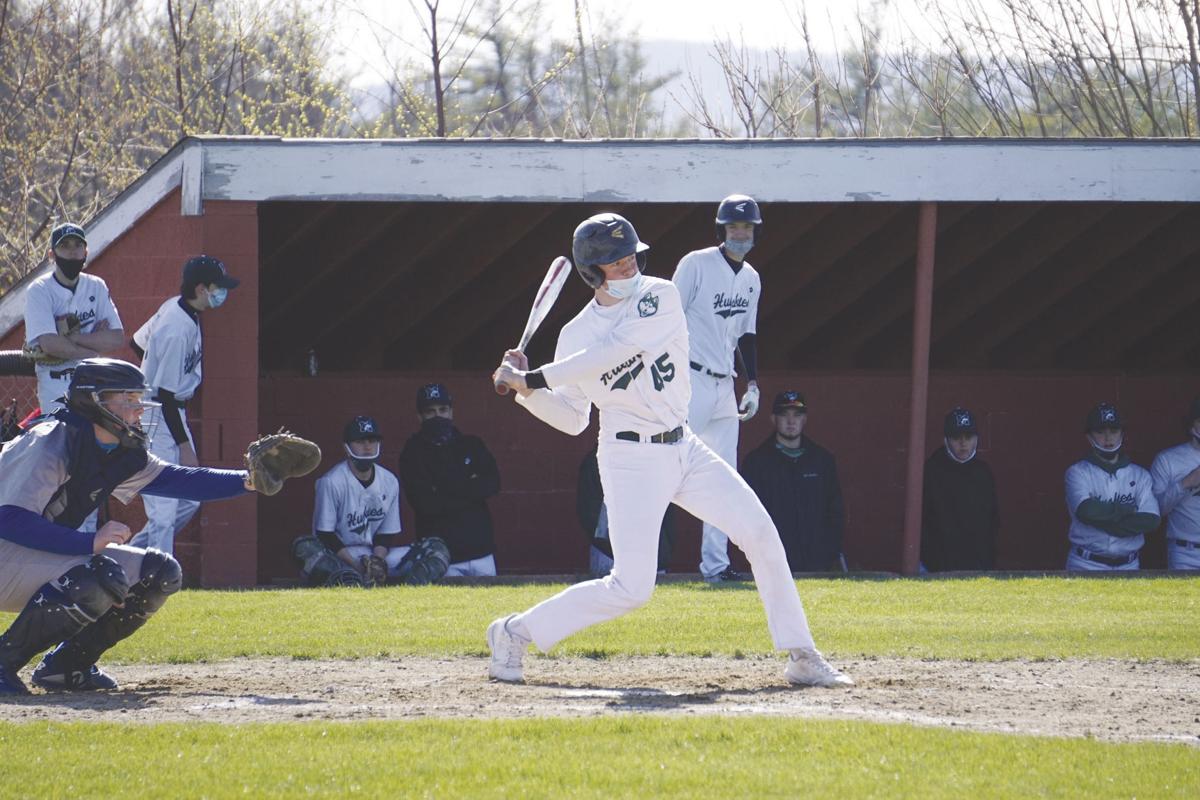 Freshman Ben Dean tees up the pitch during the second inning of the Monadnock baseball team’s win over Mascenic in New Ipswich Friday. 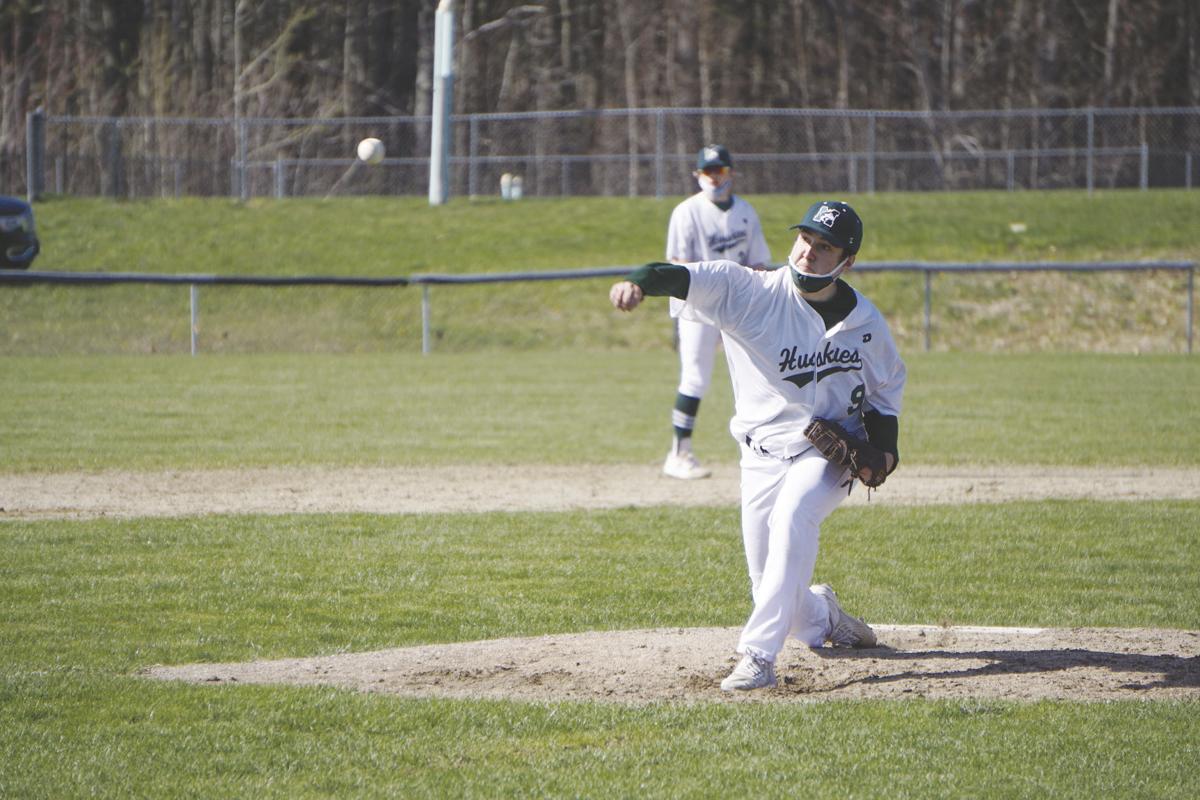 Junior Colin Donnelly pitches during the first inning of the Monadnock baseball team’s win over Mascenic in New Ipswich Friday.

Every Husky got on base at some point during the second inning and, although the Vikings came back to within three in the bottom half of that inning, the Huskies (1-1) settled down for the last five innings to earn the win.

“It seemed like everybody got a hit that inning, with a couple of walks mixed in,” said head coach Tom Cote. “It was a good inning for us. ... Helped get us the win today.”

Freshman Ben Dean ripped four RBI in the game, including a bases-clearing, 3-RBI double in the second inning. He went 3-5 on the afternoon.

“He’s seeing it really good right now,” Cote said. “He hit that double which was huge for us. Everything was hit hard from him. ... To see him swing the bat like he did today as a freshman was just impressive.”

Dean hit an RBI single in the top of the first inning to score junior Kevin Putnam and start the scoring.

The Vikings answered quickly, as Joe Cocozella and Shea Zina both came around to score in the bottom of the first and Mascenic held a 2-1 lead.

Then Monadnock got the bats going in the second to retake the lead for good.

Donnelly got the start for the Huskies — his first varsity start after missing last season.

The junior went six innings, giving up five runs on nine hits and striking out eight while only walking one batter. All five runs he gave up came in the first two innings.

“It was good to get Colin a lot of experience pitching today,” Cote said. “We gave him the opportunity, we didn’t make the plays behind him like we normally would, but he just persevered and ended up getting through six innings which was huge for us.”

Putnam came in to pitch the seventh for Monadnock and ran into some quick trouble, giving up a leadoff single to Blaine Krook. He also walked two, and the Vikings had the bases loaded with two outs.

But Putnam got out of the jam, striking out Joe Cocozella, who had found his way on base three times during the game, to earn the save.

Joe Cocozella got the start on the mound for Mascenic, but couldn’t get through the big second inning before his brother, Jackson Cocozella, came in to pitch.

Jackson Cocozella closed the door on the second inning and pitched the remaining 5-1/3 innings, giving up two runs on five hits while striking out three.

The Huskies next visit Conant on Tuesday. First pitch is scheduled for 4 p.m.