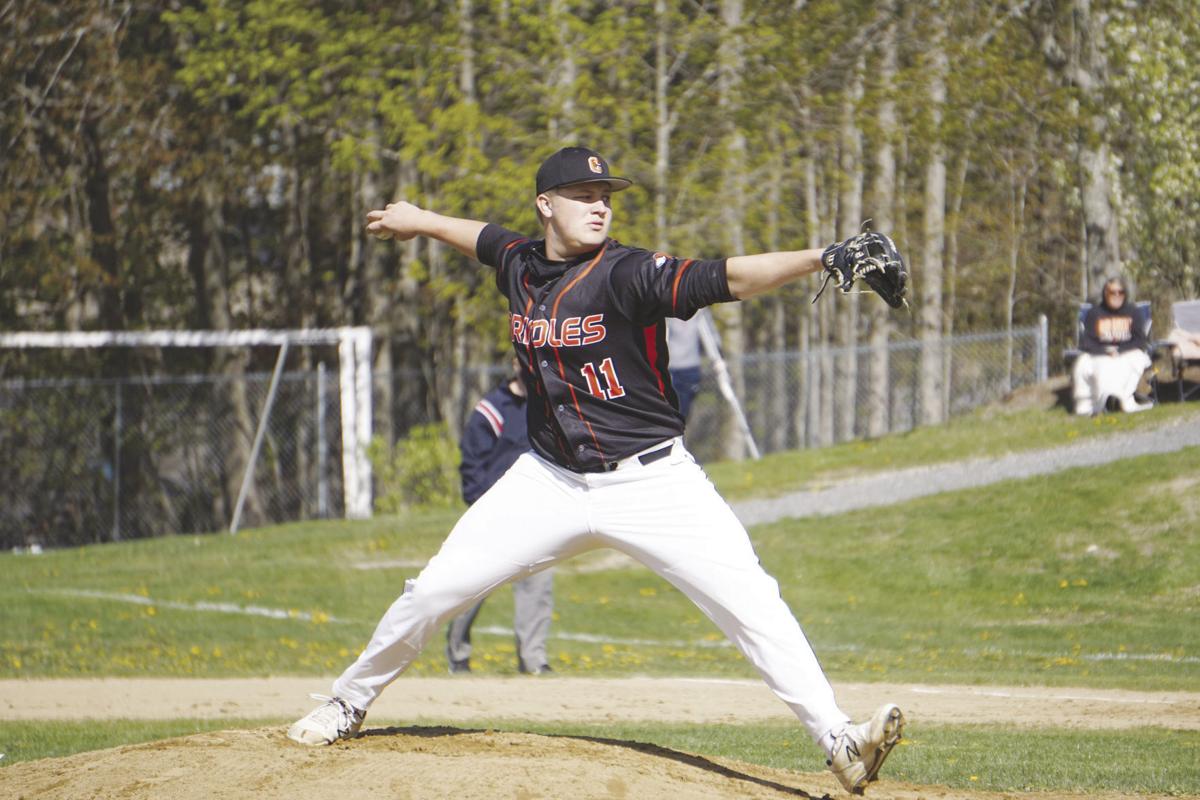 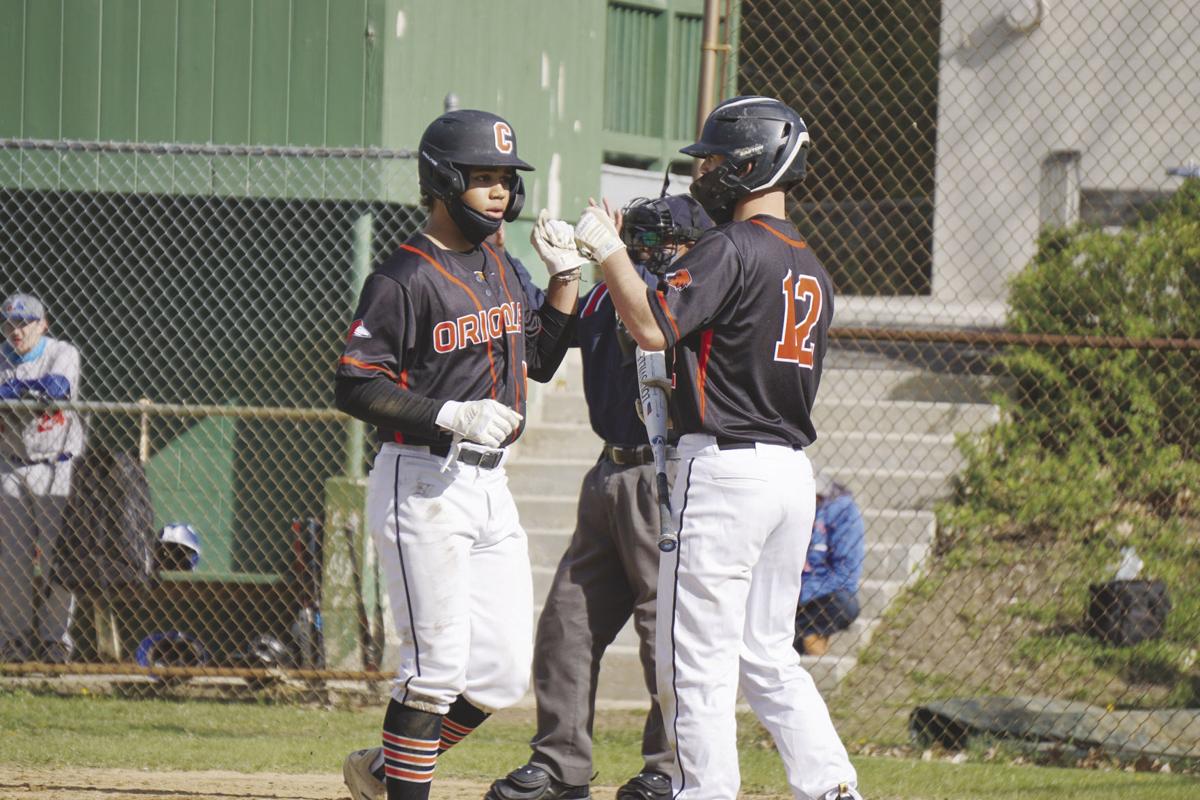 Junior Malique Motazes (left) celebrates with sophomore Luke Lambert after scoring the game's first run in the third inning of the Conant baseball team's game against Mascenic Tuesday in Jaffrey. 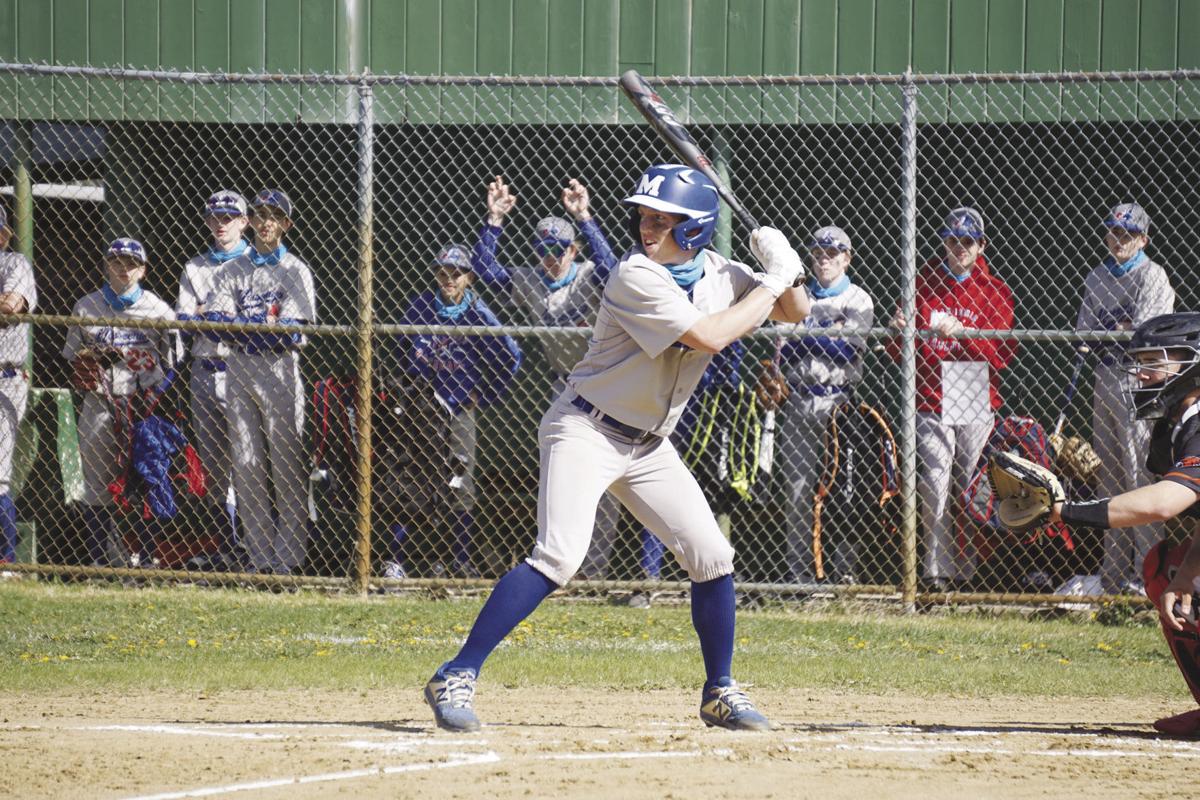 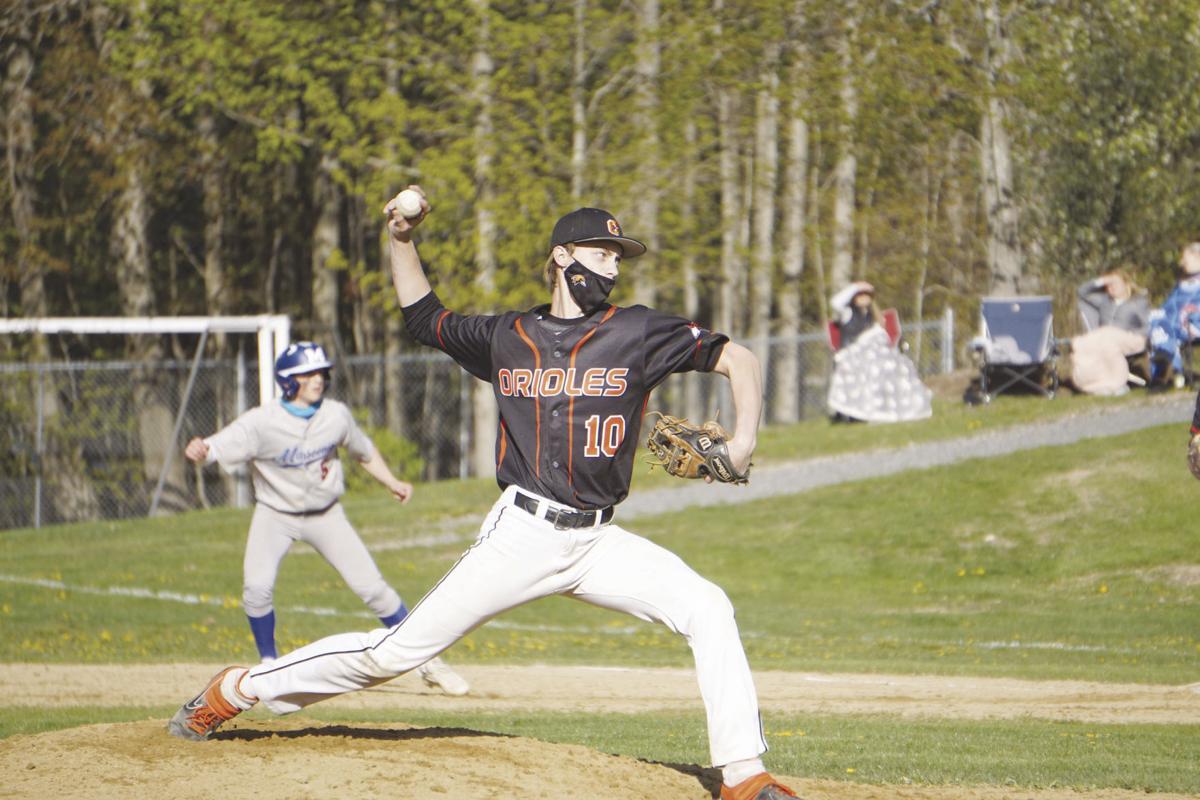 JAFFREY — Five errors led to four unearned runs which combined for a 6-2 loss for the Conant baseball team against Mascenic Tuesday in Jaffrey.

The errors — mixed with a few baserunning blunders — cost the Orioles a couple of runs and a shot at picking up the win against a Division III foe.

“Scoring two runs isn’t going to win you too many ballgames,” said head coach Aric LeClair. “But there could’ve been an opportunity for us to score some more if we didn’t made those mistakes.”

Junior Garrett Somero pitched 4.2 innings for Conant, striking out eight batters and giving up four runs, only two of which were earned.

Senior Griffin LaBonte came in to pitch the final 2.1 innings, giving up two runs (none earned) on two hits while striking out four.

“Those are two guys we’ve been working really hard on mechanically,” LeClair said. “I’m seeing more pop out of these guys with the ball coming out of their hand, throwing it harder which is a good thing. Arm soreness is going down, so that’s a good thing. We’re getting there.”

Conant took the early lead in the bottom of the third when LaBonte drew a bases-loaded walk to score junior Malique Motazes.

Mascenic answered with two runs in the next half inning — with the help of a few errors after a couple of guys got on base — to take a one-run lead.

Conant tied it with a run in the fourth, but Mascenic took the lead again in the top of the fifth and pulled away from there.

Mascenic’s Jack Cocozella hit the eventual game-winning run, an RBI triple in the fifth inning to score his brother, Joe Cocozella, from first base.

Jack Cocozella scored later in the inning on an error to extend the lead.

Jack Cocozella also got the start for Mascenic and went four innings, giving up two runs on three hits with three strikeouts. Shea Zina pitched the final three innings, only allowing two baserunners, one of which got on via an error and the second on a fielder’s choice. Neither got past first base.

Zina struck out four Orioles in his three innings of work and ended the game with a pickoff to catch Conant junior Chris Bergeron at first base.

“We only had a couple hard hits,” LeClair said. “And poor baserunning and … just mistakes that take no talent to do.”

Mistakes such as batters missing signs from LeClair, or not taking a proper drop step while running for a fly ball in the outfield to prevent extra base hits.

The Orioles have five more games before the postseason gets underway, starting with a rematch against Mascenic Thursday in New Ipswich at 4 p.m.

“Hopefully when our name is pulled out of the hat, we get a good team and show them what we can do, because we’re getting close,” LeClair said. “We just need that extra step; that one extra hit, that one play, one less mental mistake.”