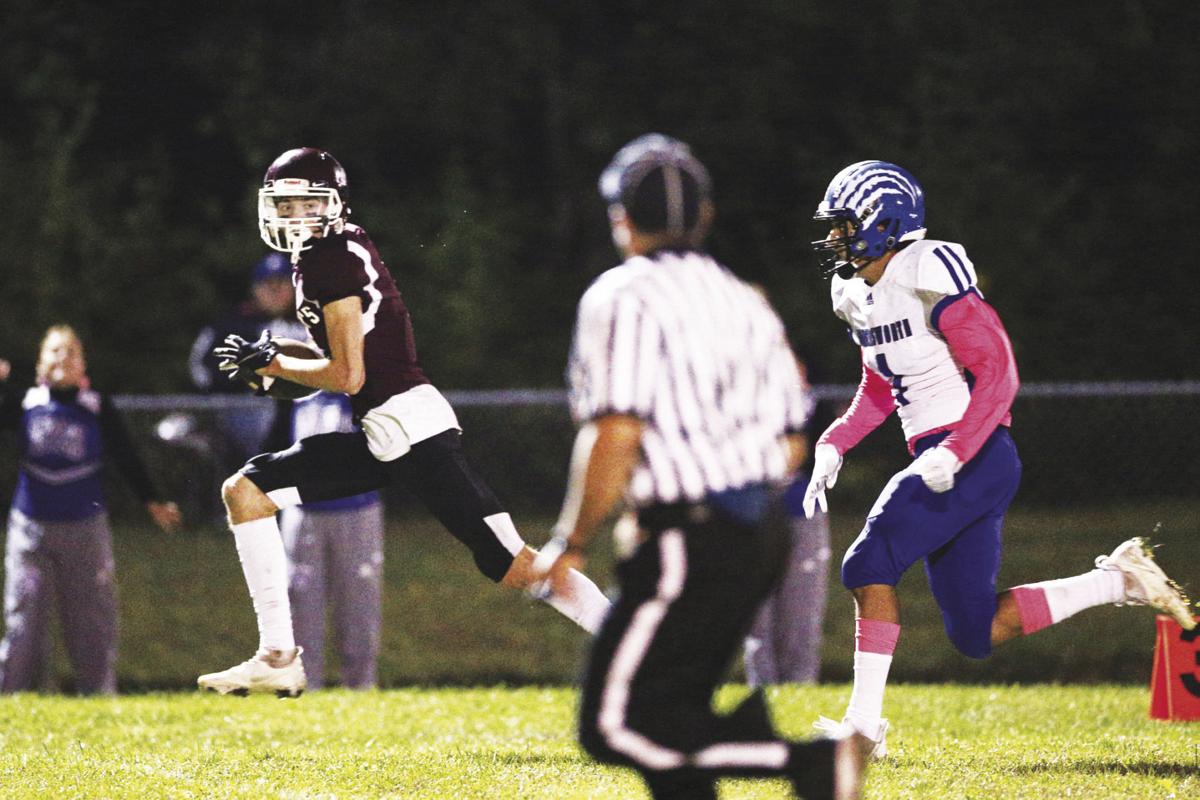 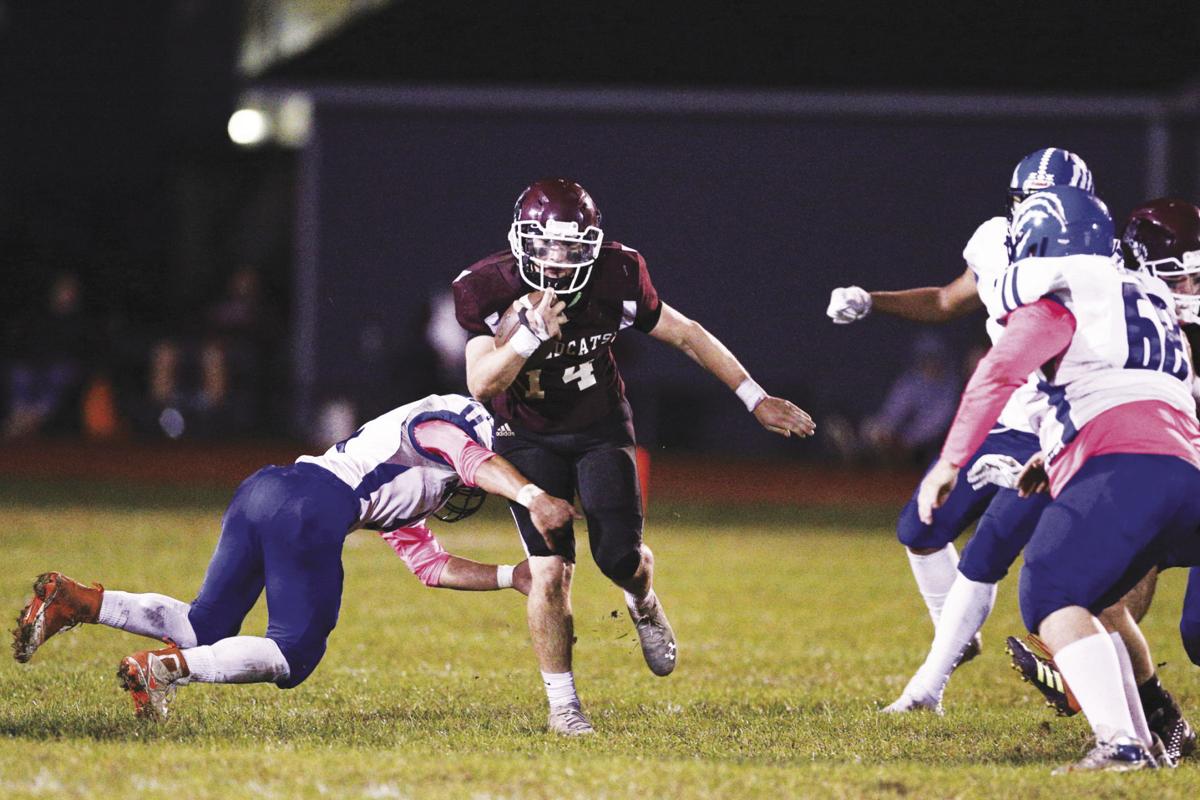 LANGDON — Going up against a team like Somersworth, the Fall Mountain football team knew it would have its hands full.

The Hilltoppers (4-1) moved up to second place in Division III with a 34-6 win over the Wildcats Friday night in Langdon. Fall Mountain (2-3) stays in fourth place in the division with three games left to play in the regular season.

“I don’t think the scoreboard is really indicative of how close of a ballgame it was,” said Fall Mountain head coach Orion Binney. “We shot ourselves in the foot here and there. We clean that stuff up and I think we’re a dangerous team.”

Somersworth’s Calvin Lambert led the running game and finished with three touchdowns, including a 29-yard run at the end of the third quarter to all but put the game away for the Hilltoppers.

Somersworth started the game with a 64-yard touchdown drive that took 4:19 off the clock. They converted the two points to take an 8-0 lead.

After two offsides penalties backed up the Fall Mountain offense on their first drive of the game, the Wildcats needed a spark on 3rd-and-13.

Senior Brady Elliott gave it to them.

Elliott caught a perfect throw from senior Luke Gay and went streaking down the field for a 65-yard touchdown reception to answer Somersworth's first-drive touchdown.

“We run that play a lot at practice,” Elliott said. “Me and Luke have a great connection. That’s my favorite route. When we can go out make big plays like that, it really helps our offense and even our defense to get going.”

“We’ve been playing together for so long, it just clicks,” Gay said. “I know he’s there so I can just chuck it up and he goes and gets it. One big play like that keeps the offense going.”

But the two-point conversion was no good, so Somersworth kept the 8-6 lead.

Again, Somersworth ran the ball successfully down the field on the ensuing drive, mixing in a long pass to eat up a chunk of yards. A couple more runs and a touchdown later, the Hilltoppers had a 14-6 lead.

Elliott was close to another 65-yard touchdown catch on the next drive, again running right past the Somersworth defender to get open, but the ball fell through his fingertips and incomplete.

“I didn’t look it in long enough,” Elliott said. “I was trying to get to the end zone before I caught it.”

Somersworth scored again on the next drive and were threatening once more at the end of the second quarter, but an interception from by sophomore Eric Franklin in the Somersworth endzone kept the Fall Mountain deficit at 14 at the break.

It was the Luke Gay show in the second half, with the senior finding his legs with the quarterback keeper consistently throughout the third and fourth quarters. The Wildcats were moving between the 20s, but penalties kept slowing down any momentum the offense had.

“It’s just mental stuff,” Binney said. “It’s about playing the way we know we can play and staying consistent. It’s stuff we can clean up, thankfully.”

Gay continued to run — and run well, at that — but time was not on Fall Mountain’s side, down 28-6 at the end of the third quarter.

“We were trying to spread them out so I can move up the middle a little more,” Gay said. “Just trying to get the legs moving and change it up on them. Trying to keep the defense on their toes.”

The Wildcats put together a five-minute drive that bled into the fourth quarter, but it ended in a turnover on downs, and Somersworth ran down the clock from there, scoring the last touchdown with 15 seconds to play to take a 34-6 lead.

Fall Mountain next travels to Bishop Brady Thursday at 6:30 p.m.

“I think if we play like we played today for the rest of the season, we should be in good shape as long as we clean up the penalties, turnovers, the drops here and there,” Binney said. “Consistently we’ve shot ourselves in the foot when we have good momentum. If we can keep that momentum, we’re a really good football team.”