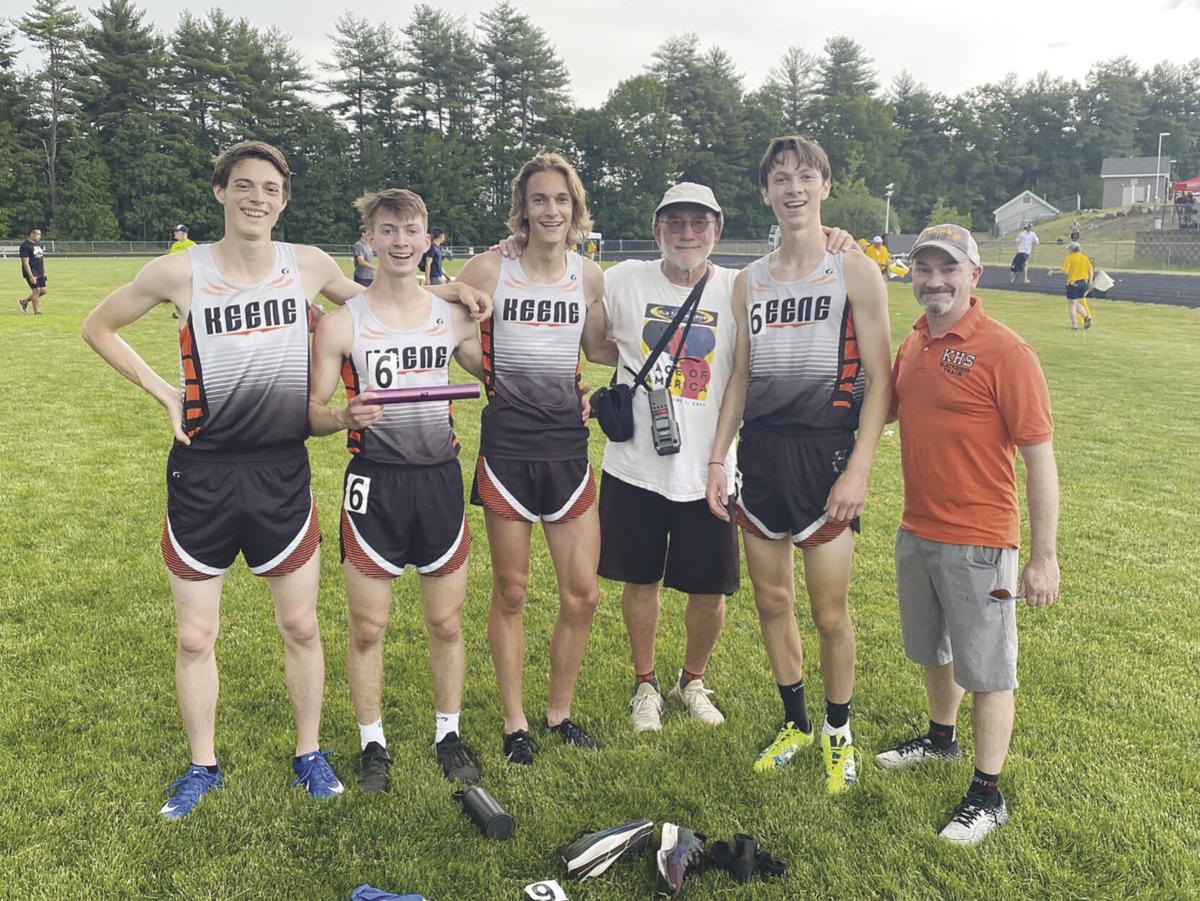 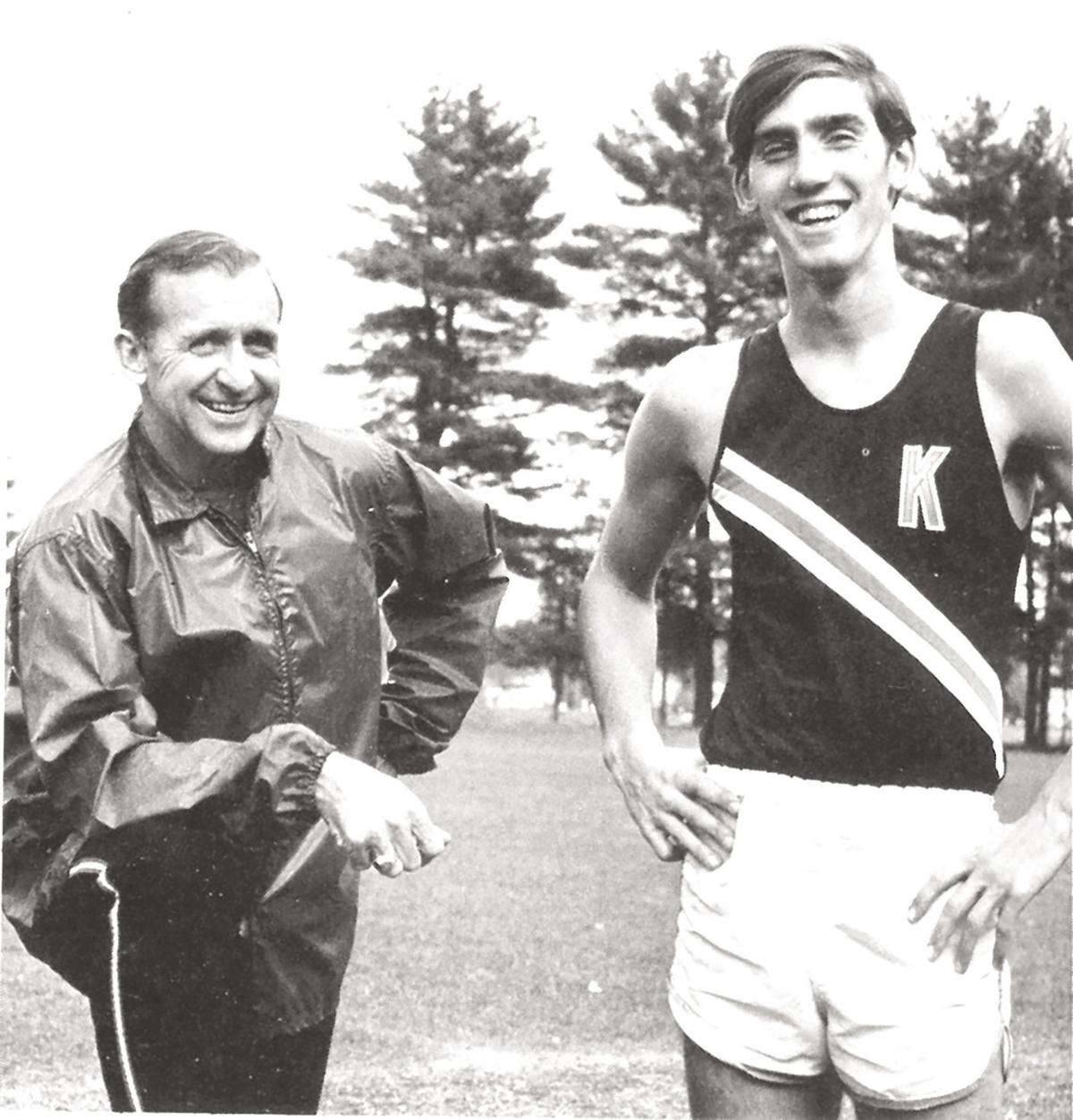 David Goldsmith (right) stands with his high school coach, Jack Mayes, during the 1970 Keene High track season when Goldsmith was a team captain his senior year. 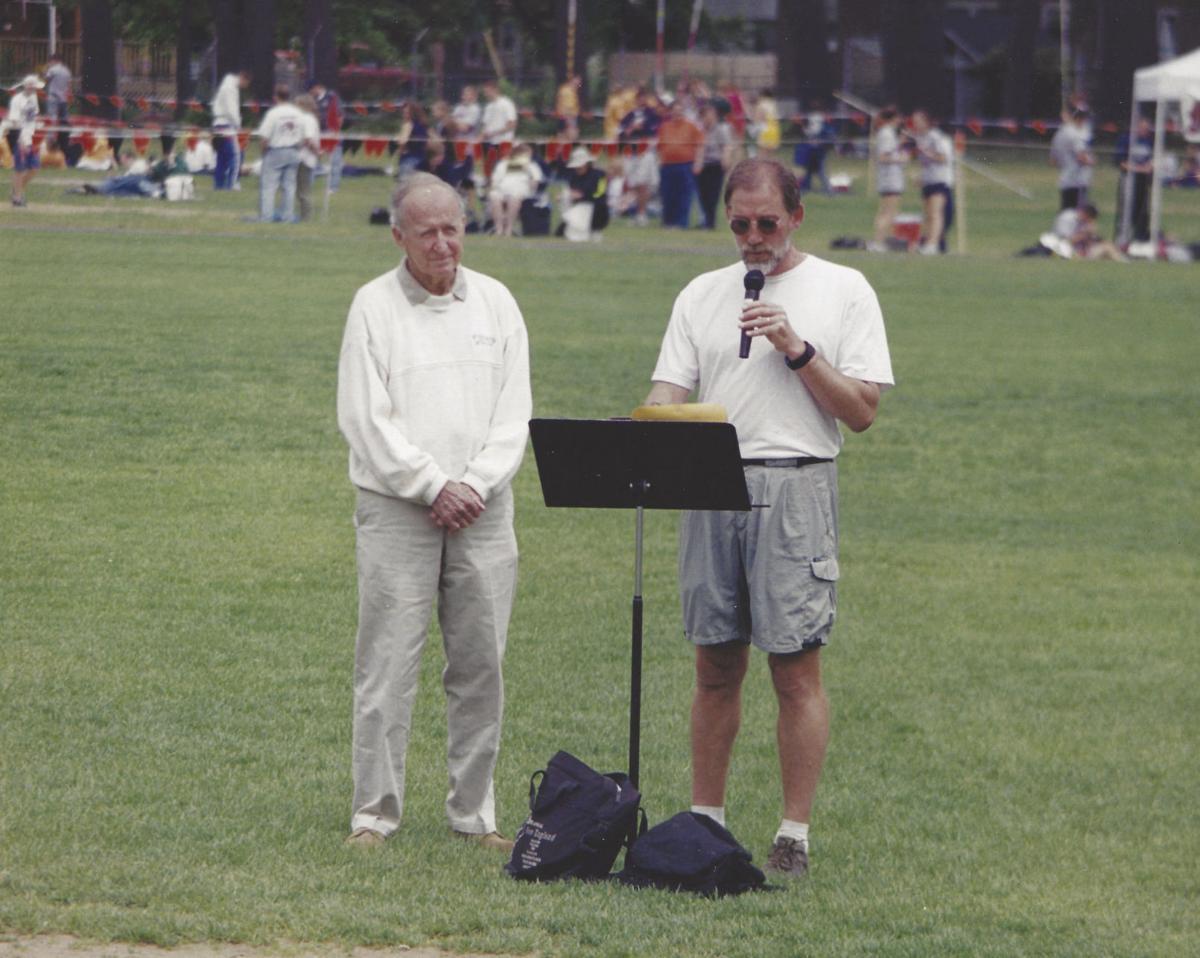 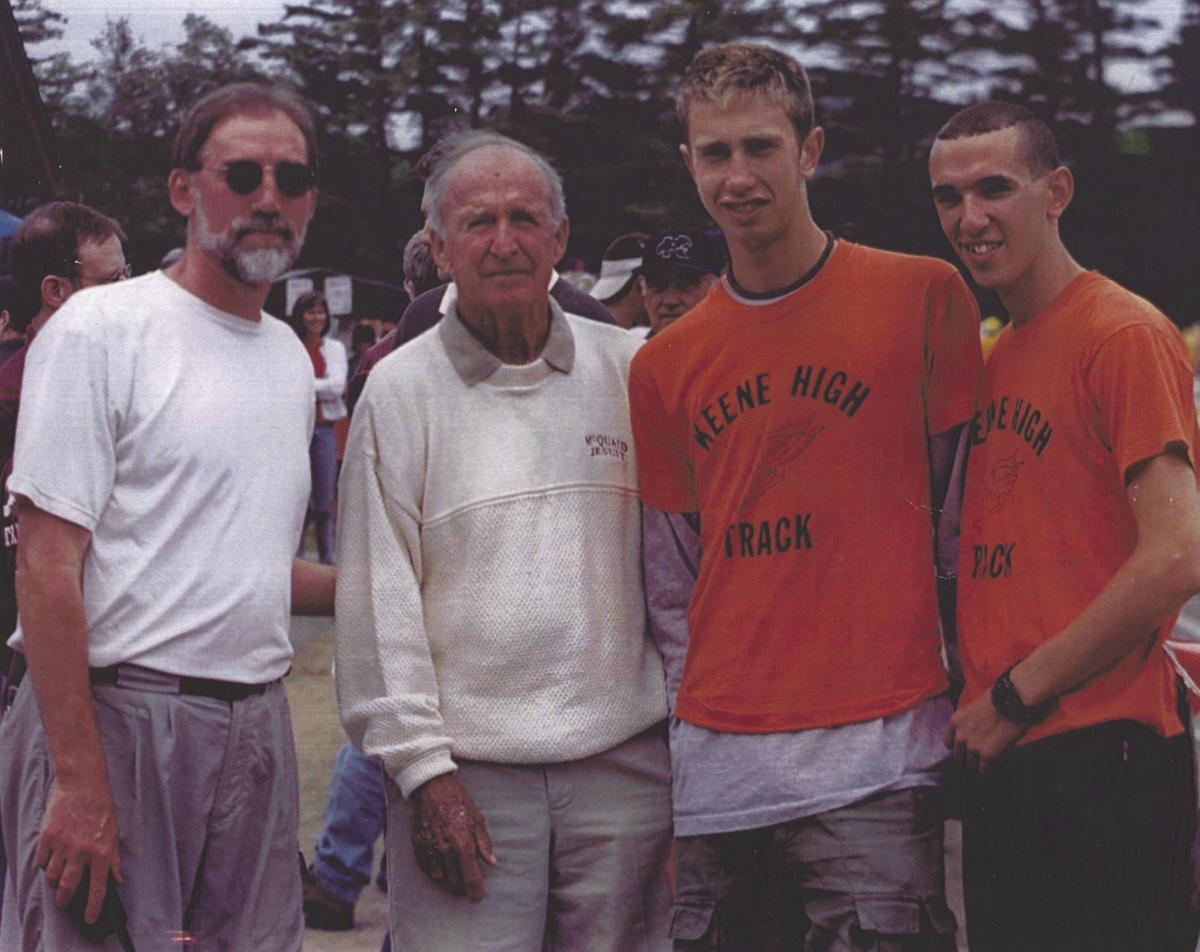 David Goldsmith (right) stands with his high school coach, Jack Mayes, during the 1970 Keene High track season when Goldsmith was a team captain his senior year.

The Keene Board of Education voted at an Aug. 10 meeting to rename the track — currently named after Keene’s previous track and cross country coach, Jack Mayes, and add Goldsmith’s name. The Jack Mayes Track will now be known as the Jack Mayes and David Goldsmith Track.

“We wanted to make sure we recognize [Goldsmith] for his accomplishments and legacy here at Keene High School,” said Keene athletic director Mike Atkins. “He has shown an unbelievable commitment to students and Keene High.”

The Board has been wanting to repave the track on campus for a few years, said board member Kris Roberts, who’s grandchildren ran for Goldsmith. The track was resurfaced last spring, so the Board felt that there’s no better time to rename the facility to honor one of the longest-tenured coaches at Keene.

“The guy has contributed so much to the high school and the students, so we thought it was a good idea,” Roberts said. “He develops men and women with character. Doesn’t matter if you’re last on the cross country team or first. Everyone I know has come out of the program a better person.”

In 2001, Goldsmith rededicated the track to continue to honor Mayes’ legacy at Keene High. The rededication was in May 2001. In September of that year, Mayes passed away.

“It was that opportunity to thank him and recognize him again,” Goldsmith said of the rededication. “I tried to keep the track alive in [Jack’s] name back in 2001.”

Come this spring, the two legendary coaches will have their names together again at the Keene High track.

“The knowledge that we can now share that, it’s very pleasing,” Goldsmith said. “I suspect over time it’ll gain a little bit more impact. There will be a moment [in the spring], a poignant moment for me.

“To be in tandem in Jack, who was a legend as a coach … it’ll be something I carry with me and it will certainly give me pleasure as I make my way out to the track,” Goldsmith added.

“I really want to extend my appreciation to those guys,” Goldsmith said, “I’d like them to know that I really appreciate their efforts and their thoughts.”

The date of the official renaming ceremony is yet to be determined, but will be sometime in the upcoming spring season.

“Cross country is one of our most outstanding programs in the history of the school,” Atkins said. “There’s a reason for that continued success. It doesn’t just happen.”