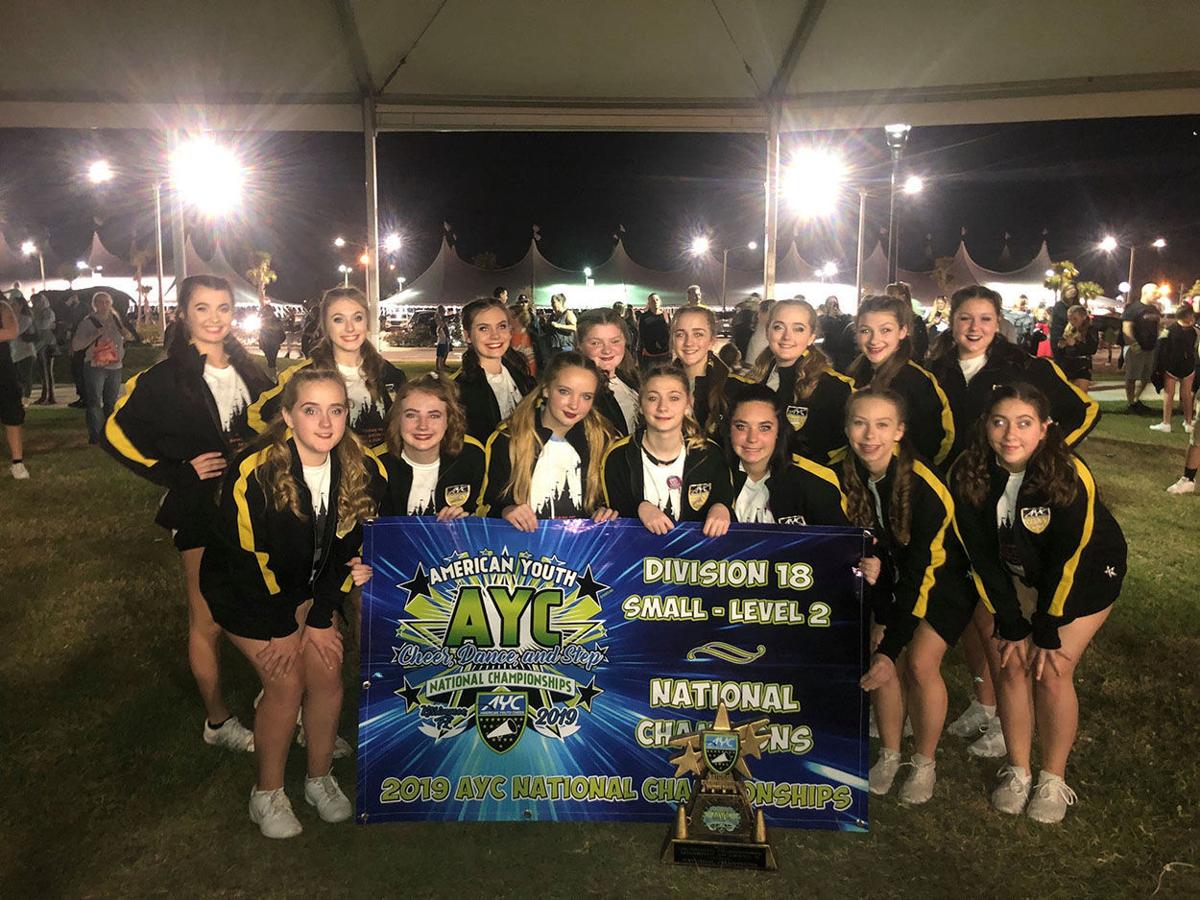 The Keene Knights Division 18 team poses with the national championship banner it won over the weekend in Kissimmee, Fla.

The Keene Knights Division 18 team poses with the national championship banner it won over the weekend in Kissimmee, Fla.

From New Hampshire to Florida, it’s been a euphoric December for the three Keene Knights cheerleading squads in the Keene Youth Football and Spirit program.

For the first time in Knights history, the Division 8 (ages 5-8), Division 12 (9-12) and Division 18 (13-18) all qualified for the American Youth Cheer National Championships in Kissimmee, Fla. And to cap it off, the Division 18 team won the national championship, executing two perfect programs.

The teams will be honored Thursday in Keene, when Mayor Kendall Lane reads a proclamation touting their achievements.

The teams qualified for the nationals through their performances in the New England Regionals held Nov. 23-24 at the Tsongas Center in Lowell, Mass.

In the nationals at Kissimmee, Division 8 competed on day 1 of the competition over the weekend and earned a top-five out of 16 teams competing. That sent them on to day 2, where they finished fifth in the nation.

Division 12 followed a similar path, qualifying for the finals on the first day, then finishing fourth in the nation on Sunday.

In just the first year of Division 18, it also advanced to the final day, then finished first Sunday. The team didn’t receive any deductions on either of its routines.