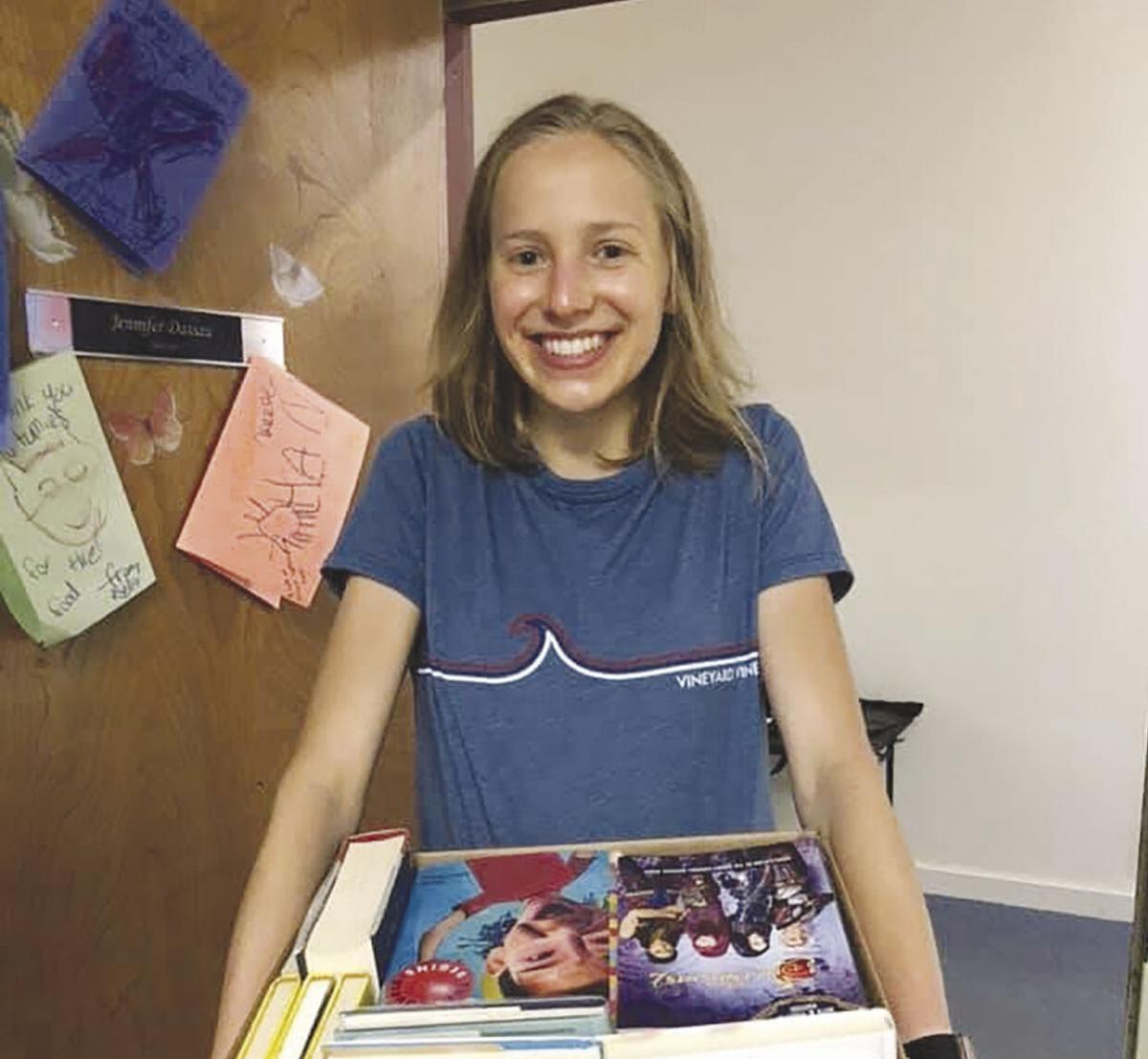 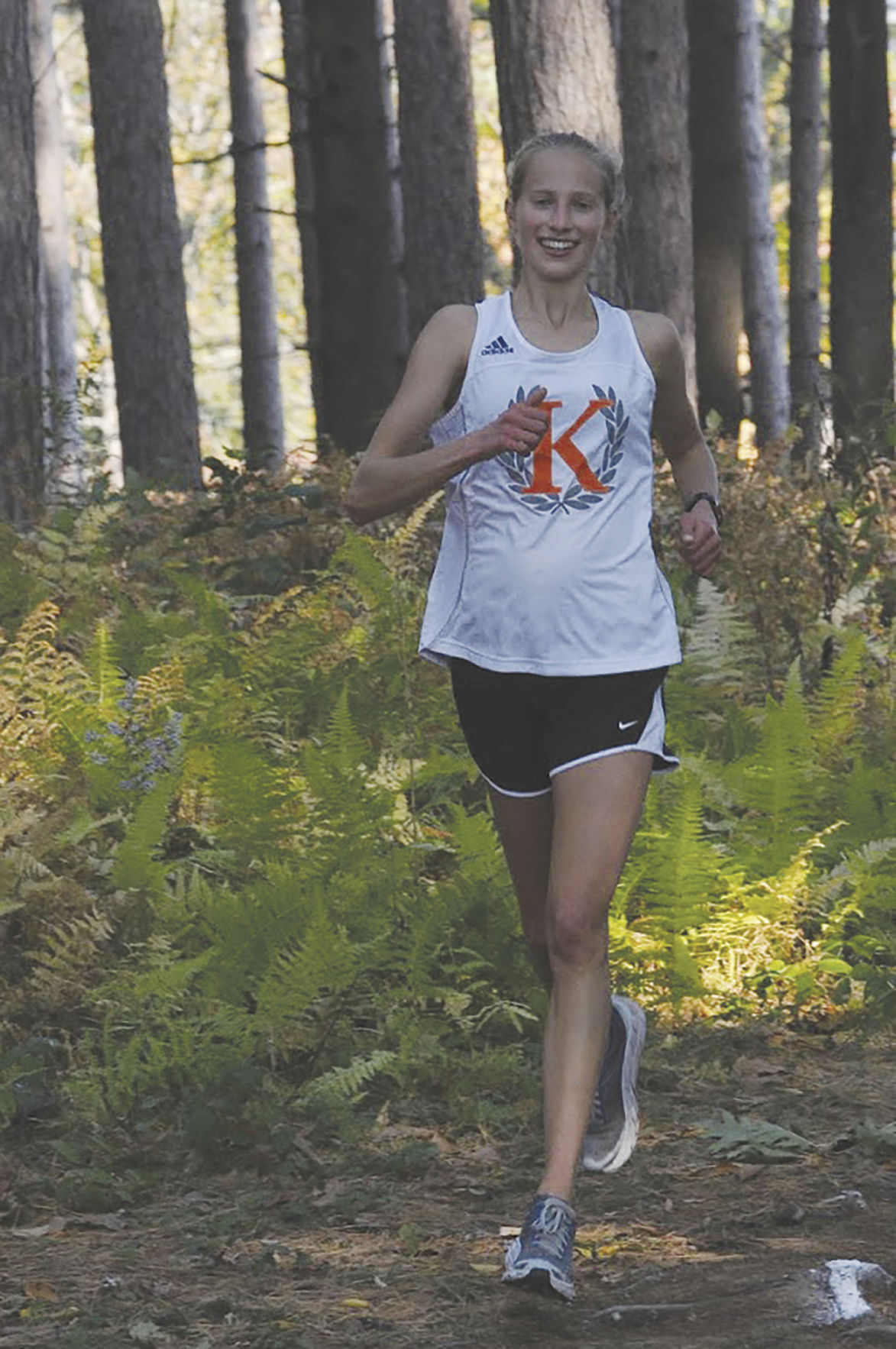 All of these words were used to describe Keene High School senior Amelia Opsahl.

Opsahl does it all: She’s on the executive board of four clubs; she founded and runs Reading on the Road, an extracurricular club that provides access to books for children; and she recently earned the top score in a nationwide French competition.

“I love being busy,” Opsahl said. “I can’t just sit down and watch TV, I have to be doing something else in addition. That’s just my personality.”

Opsahl is also one of the top runners on the Keene girls cross country team. She ran varsity all four years and was a captain for three.

“I’ve coached cross country for 25 years, and she’s the only individual I’ve had as a captain for three years — sophomore, junior and senior year,” said Keene girls cross country head coach Bill Derry. “Amelia is exceptional. No question about that.”

Opsahl, along with junior Hannah Shepard and sophomore Reagan Hoy, led the Blackbirds on the course as the top-3 runners, although the order of finish was always a toss-up.

“I told the girls, in 25 years I never had a team in which I didn’t know among three different kids who was going to win the meet,” Derry said. “That had never happened before. It was a lot of fun.”

It was one of the highlights of an unusual season — one that one cut short when the Keene school board announced that the cross country teams could not compete in the NHIAA state meet due to COVID-19 concerns.

“Obviously we were disappointed, but we knew that it was coming,” Opsahl said.

But that disappointment didn’t stop the positive senior from looking at the bright side of the situation.

“I really enjoyed the season because everyone had a really positive attitude throughout the entire thing,” Opsahl said. “Everyone was just happy to be together and running again.”

“She handled the news about not being able to run in the state championship really, really well,” said Mike Atkins, who, as athletics director at Keene High, had to deliver the news to the team.

Atkins then shared a story that he said embodied Opsahl’s leadership as a student. When he delivered the news, Opsahl got up and thanked him in front of the entire team.

“Your senior year, that’s hard news to take,” Atkins added. “You’ve been training all year for the culminating event and then find out a couple days before that you can’t participate. She handled it pretty well. It’s just an attribute to her leadership.”

“I definitely have to keep track of which days I have which clubs,” Opsahl said. “I really like clubs. I love the group work. It’s a lot of work, but I like doing it.”

“She’s always been a kid that has an internal drive,” said Atkins, who is the advisor to the Student Athlete Leadership Council. “She’s always been motivated to do well, to lead. In the last year or two we’ve seen her mature and really assume the leadership role in a very appropriate way.”

Back in March, that internal drive led Opsahl to participate in Le Grand Concours, the 2020 National French Contest, which the American Association of Teachers of French sponsors annually.

“It was right after the start of quarantine, so I just took it at my house in my room and I ended up doing really well, which is exciting,” Opsahl said.

Really well? She earned the top score on the most-advanced level of the test, outscoring the nearly 4,000 other students who took the Level 5 test. A total of 68,790 high school students competed nationwide in Levels 1-5.

“It was just a fun little thing that I definitely surprised myself on,” Opsahl said. “I’m very passionate about French. I really enjoy it.”

She started taking French in kindergarten at The Grammar School in Putney, Vt. By her freshman year at Keene High, Opsahl had already taken the highest-level French classes that they offer. So she challenged herself by taking college-level French at Keene State College and online classes through McGill University in Montreal.

“I really love learning foreign languages,” Opsahl said. “I’ve had the opportunity to take it for a really long time, and it’s the subject that I love.”

She is also studying Spanish and plans to continue her foreign language studies in college.

Although her college plans have not yet been finalized, she is looking to study business or economics — or really anything that can propel her towards an administration role in the future.

Her career goals are still a bit blurry, but she has a clear picture of what she wants to get out of any future job.

That passion for making a difference in society stems from her experiences at Keene High.

“It’s definitely a school where you can get involved in a lot of different things,” Opsahl said. “I think that’s shaped what I want to do for the rest of my life.”

And yet, it seems like it’s Opsahl who shapes the people she’s around.

“She’s learned how to bring out the best in everyone around her, which is something I see in our classrooms, on the athletic fields and in the clubs that she participates in,” Atkins said.

“Amelia understands that leadership is creating a desire in the people you’re working with to do what you think they should do. That’s a rare gift,” Derry said. “I’d put her in a class of just a couple of kids that I’ve worked with in the last 25 years with that kind of leadership ability.”

Clearly, she’s made as much of an impact on Keene High as Keene High has made on her.