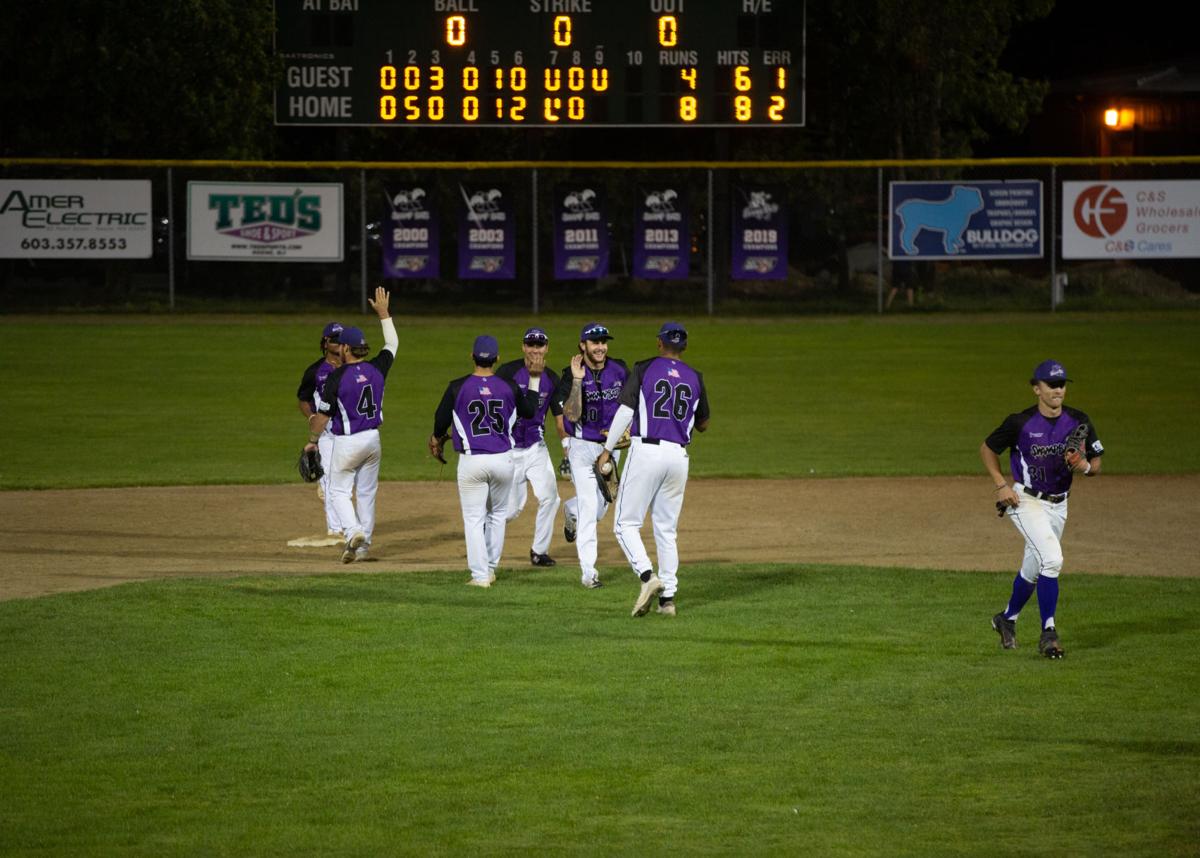 SwampBats celebrate their victory over the Upper Valley Nighthawks on Saturday July 31 at Alumni Field. 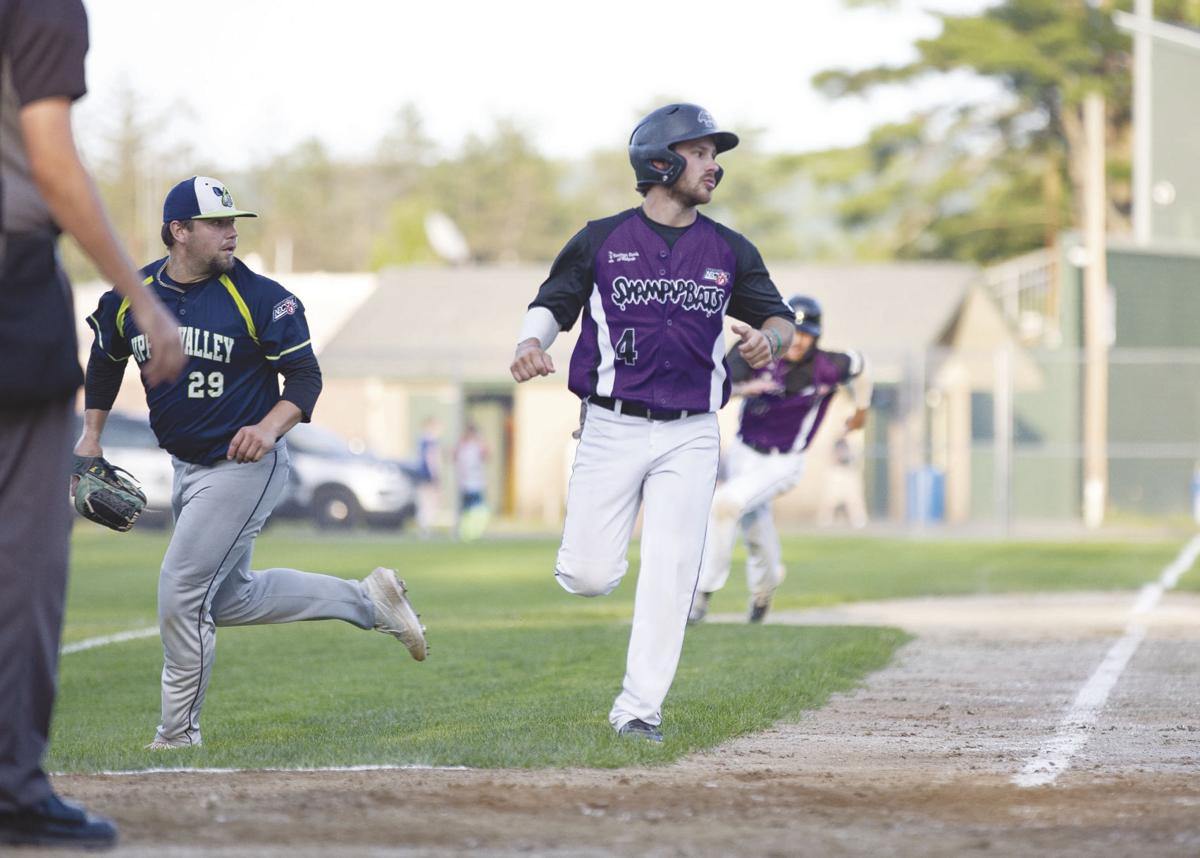 Zach Bushling (4) scores a run for the SwampBats at Alumni Field against the Nighthawks on Saturday. 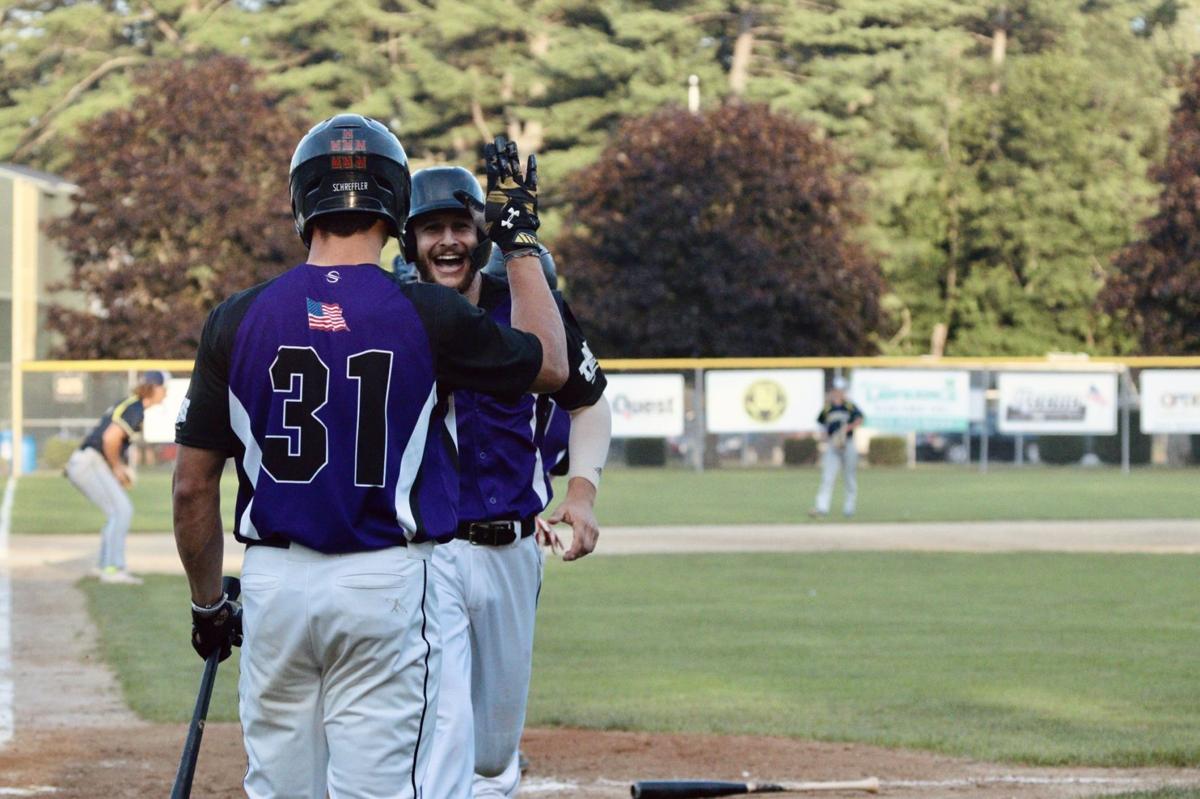 Zach Bushling celebrates with Troy Schreffler (31) after his homerun in the sixth inning during the Keene SwampBats’ win over the Upper Valley Nighthawks Saturday July 31 at Alumni Field.

SwampBats celebrate their victory over the Upper Valley Nighthawks on Saturday July 31 at Alumni Field.

Zach Bushling (4) scores a run for the SwampBats at Alumni Field against the Nighthawks on Saturday.

When the lights at Alumni Field were shut off last Saturday night, there was a heavy sense of finality.

The Keene SwampBats — who spent a majority of the regular season atop the standings in the New England Collegiate Baseball League (NECBL) — had just played their final game of the 2021 season, a 14-3 loss to the fifth-seeded North Shore Navigators in Game 3 of the NECBL Northern Division semifinals.

Keene’s first season in two years had come to a screeching halt.

Despite the premature end to the season, the SwampBats undoubtedly put together another successful year, finishing the regular season as the No. 1 seed in the Northern Division with a 26-15 record.

Of course the team wants to win a championship every year, said Keene president Kevin Watterson, but there are other ways to measure success.

“Every day, we were getting max effort from our players,” Watterson said. “If we come up short while the guys are giving max effort, how can you be disappointed in that?”

Watterson attributed a lot of that success to the coaching staff. Shaun McKenna finished his first season as team manager, returning to the organization after filling the role of hitting coach back in 2004 and 2005, and was assisted by Tim Lombardi and Erick Zecha.

“I’m grateful to the SwampBats organization for trusting me with this team,” McKenna said. “It’s an organization that I’ve been in love with for a long time. For me, it’s baseball at its finest in the best town in New England to be able to work and coach and be around top-notch players in a top-notch organization.”

“Our players liked playing for these coaches,” Watterson said. “You can tell with the camaraderie and the effort.”

A lasting legacy of the 2021 SwampBats season will be the 10-game win streak that the team put together, tied for the longest win streak in franchise history.

The streak came at the perfect time, too.

It came after a horrid 2-5 start to the season, where Keene was shutout twice in the first seven games. The team found itself scraping the bottom of the division standings. But by the sixth win of the win streak, Keene had shot up to the top spot in the division.

“Obviously the highlight is that we won 10 in a row,” McKenna said. “In any league, in any division, that’s hard to do in our game. And we had a couple more runs of four, five, six games.”

They took the No. 1 spot in the division with a 6-5 win over the Upper Valley Nighthawks on June 24 and stayed at the top for the remainder of the regular season.

“When we went on that win streak, the vibes everywhere — on the field and off the field — were buzzing,” said pitcher Michael Bacica, a second year SwampBat from the University of Maine. “We were so connected. That’s when we really realized that we had something special here.”

One game during that win streak — a 7-5 win over the Vermont Mountaineers on June 23 — felt like the turning point for this crew. That win was the team’s fifth consecutive at the time.

“That was a big momentum shift for the guys,” said Tommy Joseph, also a second year SwampBat who hit .313 during the regular season with a team-high 31 RBIs. “That was a game where everybody had a lot of fun and we really bonded and clicked around that time.”

The team went on to clinch the Northern Division regular season title with an 8-4 win over the Nighthawks on Summer Celebration night at the end of July, and, despite losing three key pieces of their roster in David Bryant, Danny DiGeorgio and Kaleb Corbett, the SwampBats were riding high.

Bryant (.380 BA) and DiGeorgio (.273 BA) were both top-five in batting average on the team and Corbett finished second in the league with five saves.

Keene finished the regular season with a 9-6 win over the Navigators, but that same North Shore team caught fire in the first round of the playoffs and knocked off the defending champions in three games in the Northern Division semifinal round.

What set this SwampBats team apart was the camaraderie the guys built up throughout the summer. It was clear in the way the guys played on the field and the way their personalities meshed off the field: this was a tight-knit group of baseball players.

“The games were fun, but just seeing these guys every day was great,” said shortstop Zach Bushling, who hit .271 with seven homeruns, tied for most on the team. “The friendships are unreal. Just going onto the field together, chatting it up, messing with each other — that was a blast.”

“The biggest thing for me was just playing with a group of guys that I had a lot of fun with,” said outfielder Troy Schreffler, who hit .336, only behind Bryant for the team lead. “We came up short, but in the end, it was just a great group of guys to play with and I was really fortunate to end up with these guys.”

“Not every team has that,” Tommy Joseph said. “I looked forward to being with these guys every day.”

Building that team camaraderie is not easy with guys coming to Keene from all different schools at all different levels all across the United States.

“A lot of special guys,” McKenna said. “And the camaraderie and the friendships that they built — it was a really close-knit group, and that’s what you love. You can tell that these guys are going to miss each other.

“It doesn’t always work out that way, so you have to look at that as something that’s really cool,” McKenna added.

“This is probably one of my favorite summers of my life,” said Troy Schreffler. “I wouldn’t have asked for it any other way.”

“In one word, ‘unforgettable,’ ” said Zach Bushling of the season. “Making memories with these guys, friendships that’ll last a lifetime. The bond with us is amazing. It was fun. I had a great summer.

“SwampBat for life, I guess,” he added with a smile.