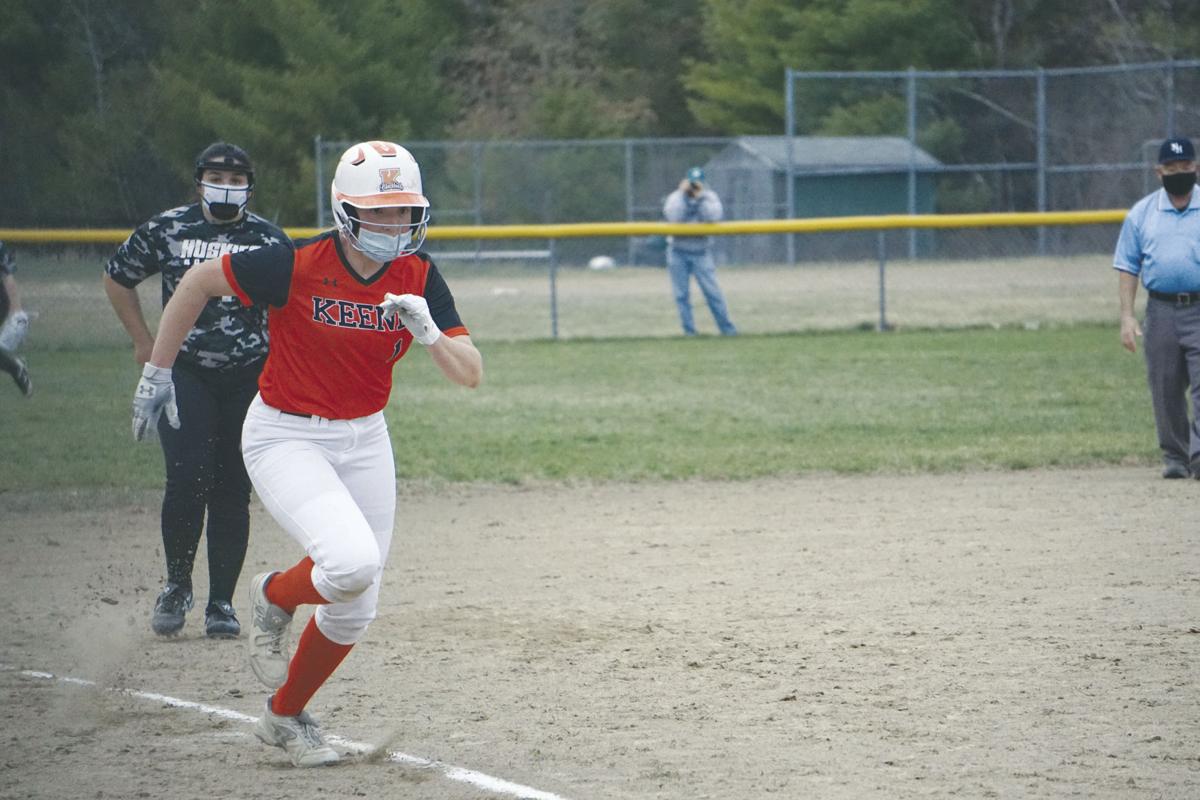 Senior Laurel Clace scores the go-ahead run for the Keene High softball team in the seventh inning of Tuesday’s win over Monadnock. 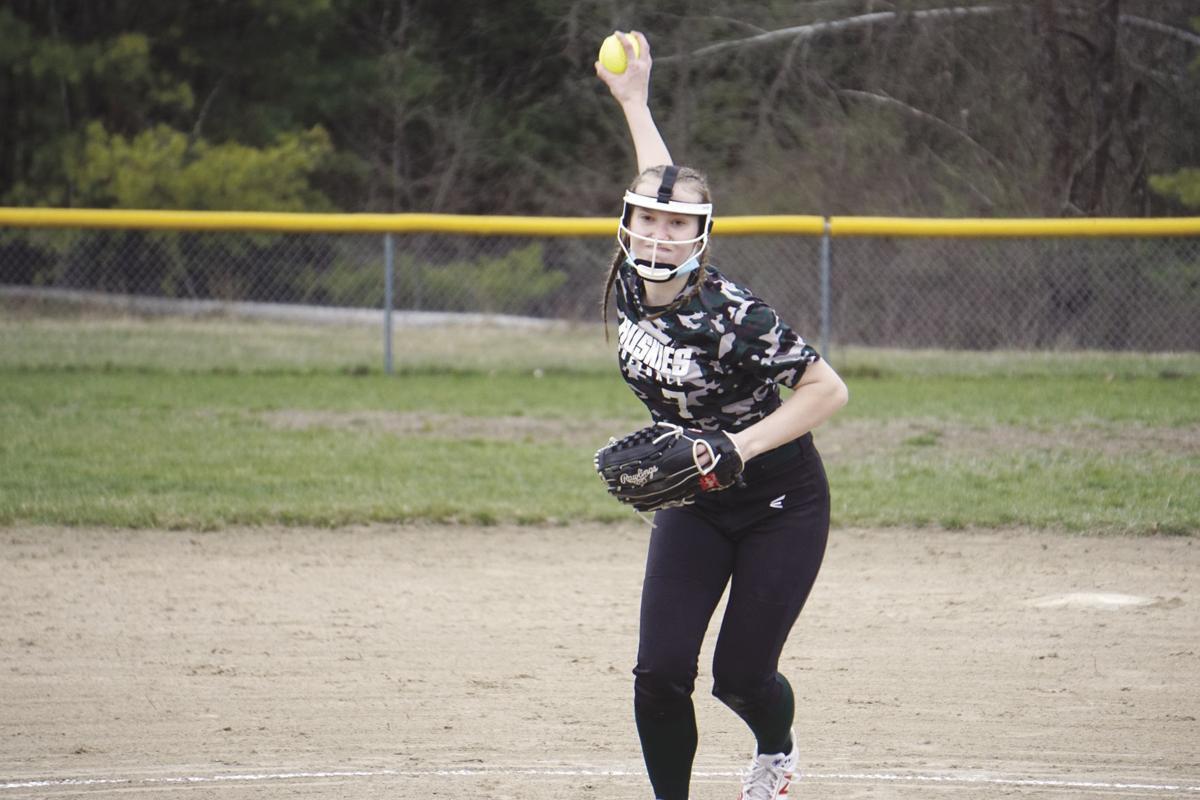 Junior Grace LeClair throws a pitch during the Monadnock softball team’s loss to Keene in Swanzey on Tuesday. LeClair struck out 10 batters.

SWANZEY — It took until the seventh inning of the second game of the season, but the Keene High softball team’s bats finally came alive Tuesday in Swanzey.

The Blackbirds fell behind early but exploded for eight runs in the top of the seventh inning en route to a 9-3 win over Monadnock Regional.

After struggling to find their offense in a 1-0 win on Monday and scoring only one run through the first six innings on Tuesday, the Blackbirds (2-0) were content the six-hit seventh inning.

“I’m not used to seeing us struggle so much at the plate,” said Keene head coach Peter Vearling. “It’s because I haven’t seen 3/4 of these girls play softball before. And even the kids who are returners have been struggling.

“We just exploded there in that inning,” he added. “I was really happy for the kids.”

It was a chaotic inning that saw passed balls and errors that helped Keene out. Down by a run to start the inning, the Blackbirds scored the tying run off a single from sophomore AvaJean Symonds to bring home freshman Makenzie Neese and tie the game at two apiece.

Senior Laurel Clace scored the go-ahead run on a passed ball a few batters later and things snowballed from there.

All-in-all, Keene sent 14 batters to the plate in the inning, eventually chasing Monadnock junior Grace LeClair, who had an otherwise stellar game, out of the circle.

Sophomore Shawn Bixby came in to record the final two outs of the inning.

LeClair pitched 6.1 innings, striking out 10 Blackbirds and only walking three. She cruised through the first six innings before the Keene bats got going.

LeClair even helped herself out in the third inning, smacking a line drive to dead center for a triple, eventually scoring on a groundout to give the Huskies (0-1) a 1-0 lead.

Keene tied it in the sixth, but in the bottom half of the inning, Monadnock sophomore Emma Loudermilk singled to score classmate Julia Hoden and give the Huskies a 2-1 lead late in the game.

Then came the seventh.

“I preached to them attitude and fundamentals,” Beede said. “And we had a few fundamentally unsound plays. They’re young and their bad habits came through in a time of panic. So, it’s just a matter of time and working through it with them.”

“It looked like we might have been dead in the water up to that point,” Vearling said of the seventh inning. “You just never know in these games. You get some momentum going, people start getting confident. … In that seventh inning they just had a blast.”

For the second night in a row, senior Emma Bartlett got the start in the circle for the Blackbirds. She struck out seven batters and gave up eight hits and three runs in seven innings of work.

The Blackbirds play again Wednesday, the team’s third game in a row. They travel to Manchester for a rematch against Trinity at 4:30 p.m.

Monadnock now has a few days off before getting another shot at Keene on Friday in Keene.