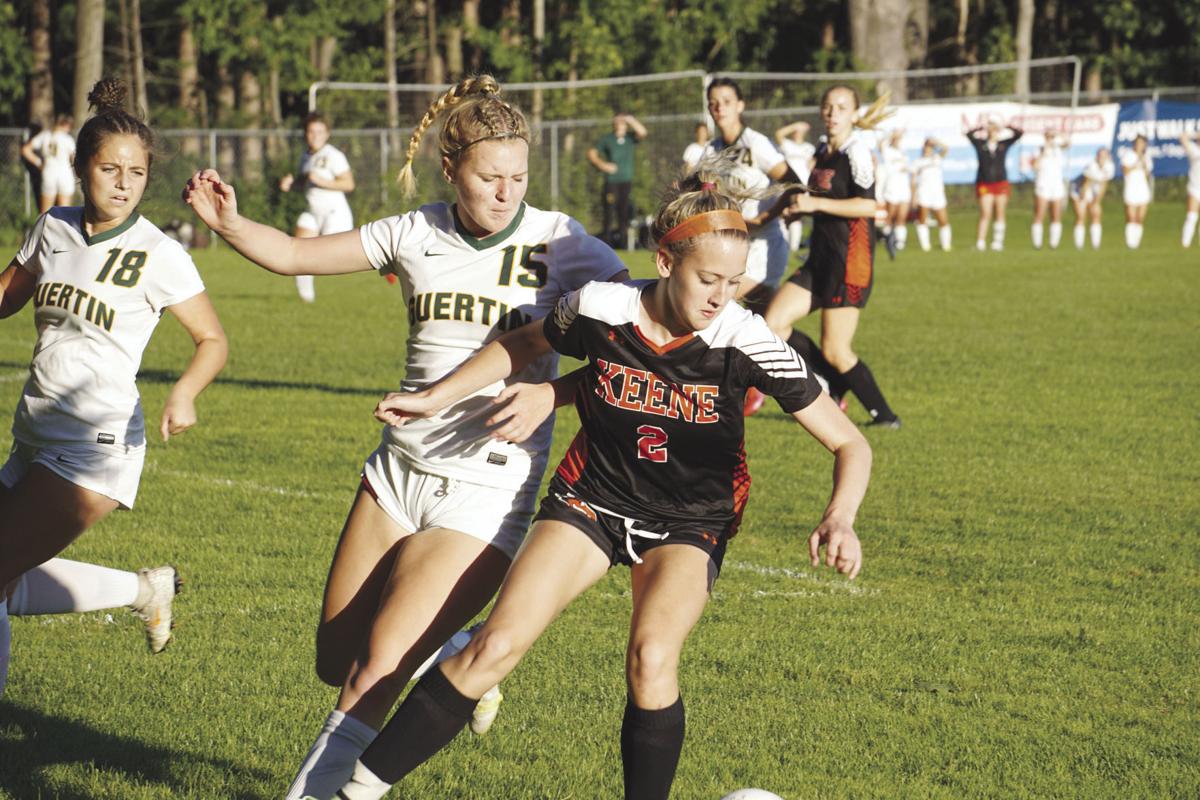 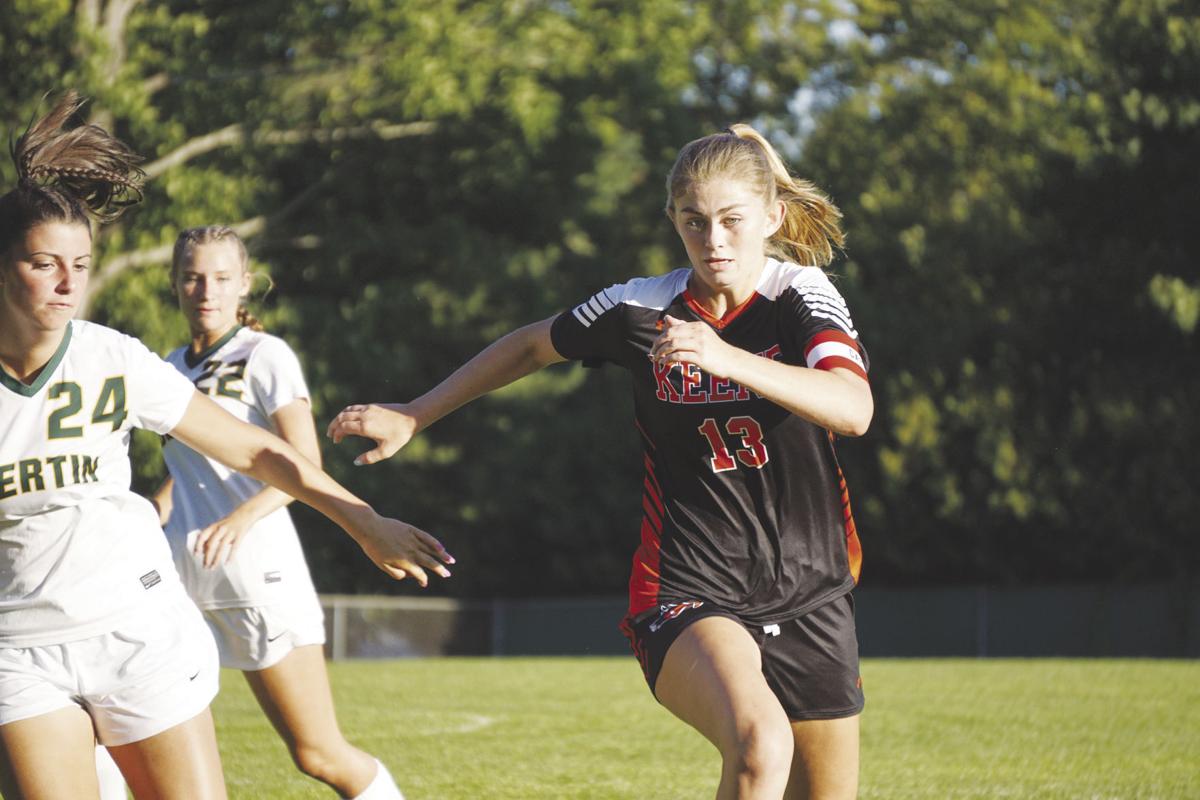 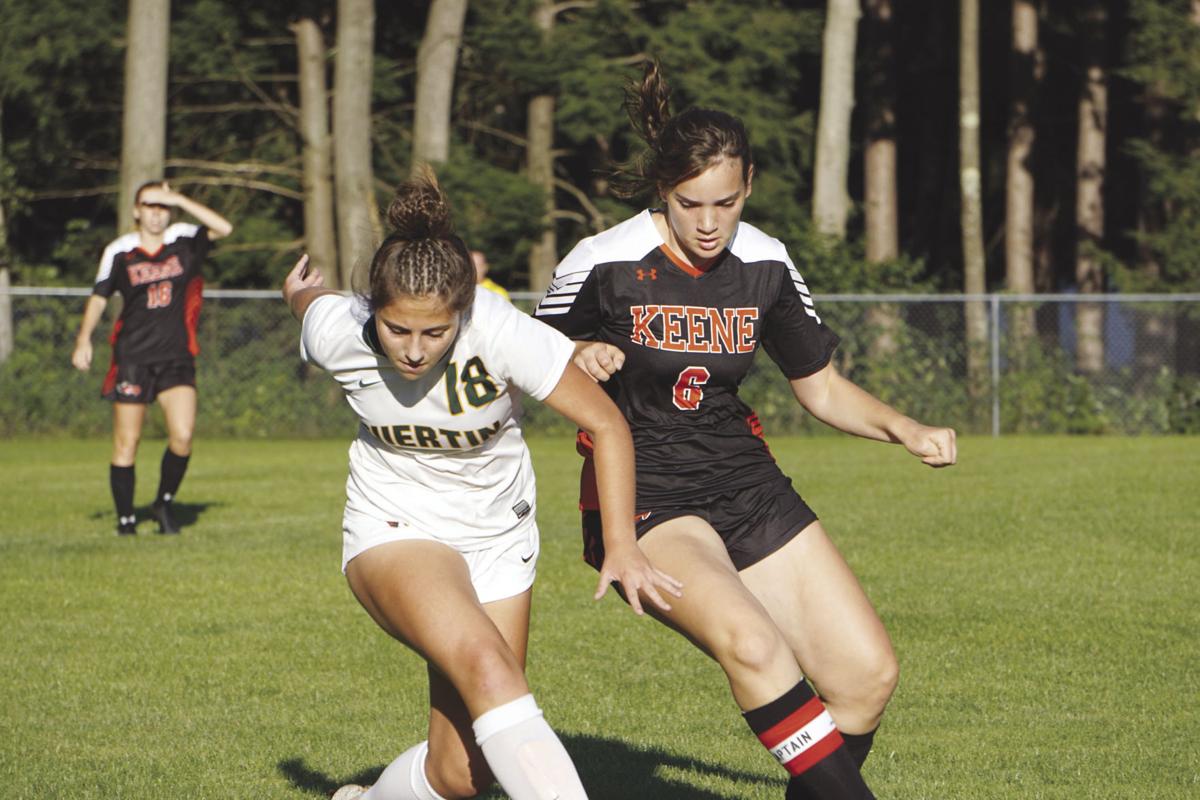 The Keene High girls soccer team weathered the Bishop Guertin storm for the first 16 minutes of Thursday’s game in Keene, but ultimately the Cardinals got the snowball rolling on offense and came out on top, 8-0.

“We started with good energy,” said Keene head coach Shannon Summers. “But what we’ve been practicing didn’t exactly translate onto the field. Overall, [Bishop Guertin] was beating us to the ball. Tough one.”

Bishop Guertin put pressure on the Blackbirds defense from the opening whistle, but Keene played a ‘bend, don’t break’ game and limited the Cardinals’ scoring opportunities. Junior Paige Knapp anchored the defense for much of the first half and senior Nina Priebe made a diving stop in front of an empty net in the 15th minute to keep the game scoreless.

Just a minute later, though, after the Cardinals kept up their offensive pressure, Bishop Guertin sophomore Madeline Maloney broke through to give her team a 1-0 lead.

Keene continued to weather the storm and turned strong defensive play into an offensive opportunity in the 24th minute after a flock of Blackbirds found their way through the BG defense, but couldn’t find the back of the net, and the score remained 1-0.

Another BG goal in the final minute of the first half gave the Cardinals a 4-0 lead after 40 minutes.

Keene’s defense was shorthanded in the second half because of injury, forcing Summers to shift around her normal lineup.

“We have girls who will work hard no matter what,” Summers said. “That’s a big adjustment for me to ask a player to play in a position that she’s not used to and Marin Shaffer did awesome picking that up.”

Maloney, LeBlanc and and junior Katie Boudreau each had two goals for the Cardinals, who move to 3-0 on the season. Junior Brooke Paquette and sophomore Martha Lord had the other two goals.

Keene senior Justine Coulborn held tough in net for the Blackbirds, particularly in the final minutes of the game.

But when facing such an unforgiving offense, there’s only so much a goalie can do.

“There are 10 people in front of our keeper, and we need all 10 to be able to stay strong and work together,” Summers said. “When you have breakdowns, it affects the game.

“[Bishop Guertin] has speed, and that definitely hurt us,” Summers said.