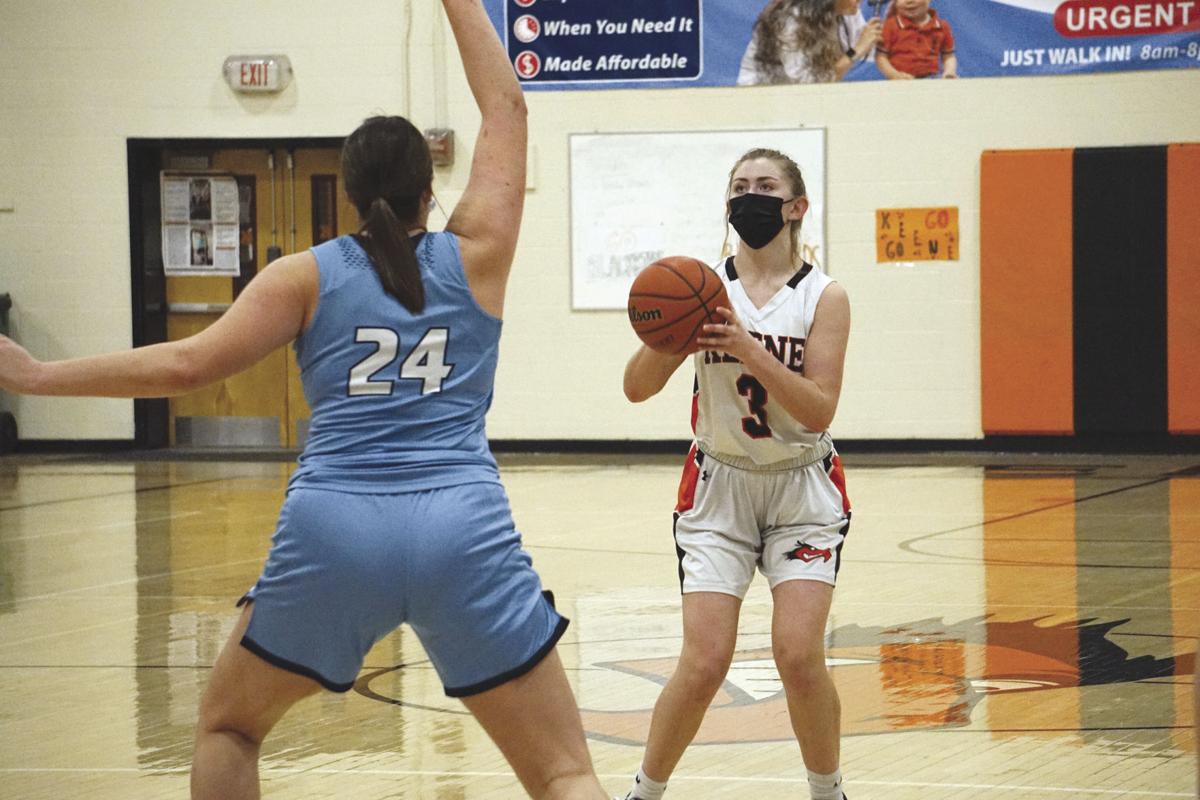 Junior Elyza Mitchell takes a shot in the fourth quarter of Keene’s loss to Nashua North in the preliminary round of the NHIAA D1 girls basketball tournament on Friday at Purbeck Gym in Keene. 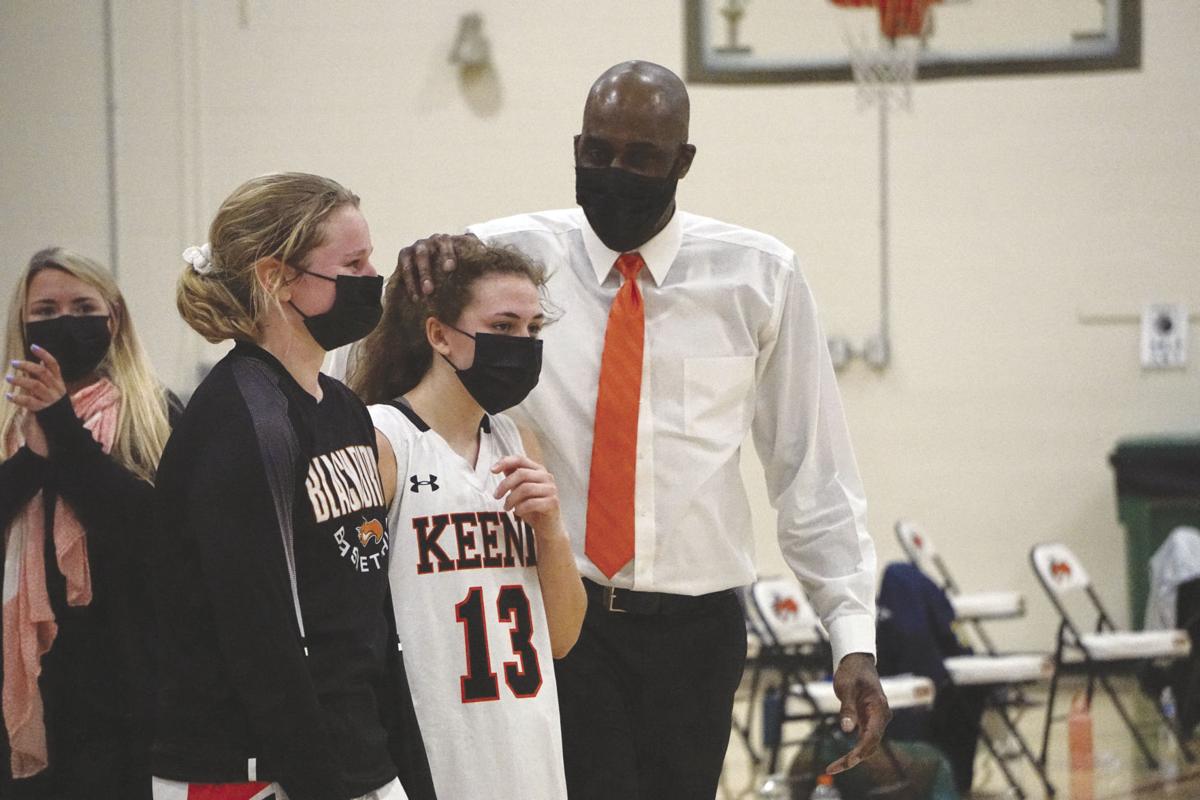 Junior Elyza Mitchell takes a shot in the fourth quarter of Keene’s loss to Nashua North in the preliminary round of the NHIAA D1 girls basketball tournament on Friday at Purbeck Gym in Keene.

They thought they could’ve had it.

And they almost did, but ultimately the Keene girls basketball team fell to Nashua North, 45-31, in the preliminary round of the NHIAA Division 1 tournament Friday at Purbeck Gymnasium at Keene High.

Down 27-18 at the half, the Blackbirds started the second half strong, forcing turnovers defensively and converting on scoring opportunities to climb back within three mid-way through the third quarter.

Nashua North called a timeout. It felt like a new ballgame.

But out of the timeout, the Titans scored seven quick points to take back control of the game.

“[We were like], ‘Here we go. Here we are,’ ” said Keene head coach Stacey Massiah of the team’s run to start the second half. “But a few mishaps, and next thing you know they were back up 10 and we couldn’t recover after that.”

Already up by eight after the third, Nashua North took advantage of scoring opportunities and used its three-point shot to outscore Keene 11-5 in the final frame.

“We started out well, we just couldn’t buy a basket,” Massiah said, adding that Friday’s loss was one of the most frustrating of the season.

The Blackbirds did start out well — both teams did — and the first quarter was nothing short of a three-point barrage.

The two teams combined for six three pointers in the first quarter alone; Keene hit four of them.

Junior Elyza Mitchell, who finished with a game-high 14 points, hit two of Keene’s three pointers in the first frame and had three long balls on the night.

Taking the ball to the hoop wasn’t an option, Mitchell said, with 6-foot-2 Victoria Conrad hanging out in the post defensively for Nashua North.

“We were just trying to take the outside shots and they started falling,” Mitchell said. “We got our confidence up a little bit.”

But after that first quarter, Keene’s offense started to go cold.

“Maybe that comes with confidence, jitters in a playoff game,” Massiah said. “They started overthinking. They start thinking instead of just playing.”

The Titans’ Grace Cardin and Olivia Mazerolle led the team with 13 points apiece.

The Blackbirds have just two seniors on the roster — Kaitlyn Lemnah (nine points) and Kirsten Farhm (two points) — who received a standing ovation from the Keene crowd as they checked out of their final game with about 40 seconds on the clock.

“I’ve had them since they were sophomores,” said Massiah, the third-year head coach. “I can’t speak more highly of them. Just watching them, for the last three years, grow as young women. 110 percent every day at practice. Vocal leaders, individual leaders.

“They’re great,” he added, mentioning that it was an emotional setting in the huddle with his seniors after the game.

Both seniors have been part of the program for all four of their high school years.

“It’s been awesome,” Farhm said. “I love my team. Everyone really cares, and everyone puts in the effort together. It’s been great.

“I’ll look back at it and have positive memories for sure,” she added.

“I grew up playing basketball,” Lemnah said. “So, I’m really glad I was able to play all throughout high school and meet all my best friends from the sport.”

Now the Blackbirds turn to Mitchell as their leader, and to the various underclassmen who saw valuable varsity time throughout this season.

“We definitely have a little more building to do next year, especially losing those two [seniors] who have been key players,” Mitchell said. “It was really nice though, we had some of those freshmen step up for the last couple games, so we should be ready going into next season.”

It wasn’t the ending the Blackbirds hoped for, but Massiah recognized the steady improvement of the program, year-by-year.

“It’s back to the drawing board,” Massiah said. “Just go forward and see where we are for next year.”