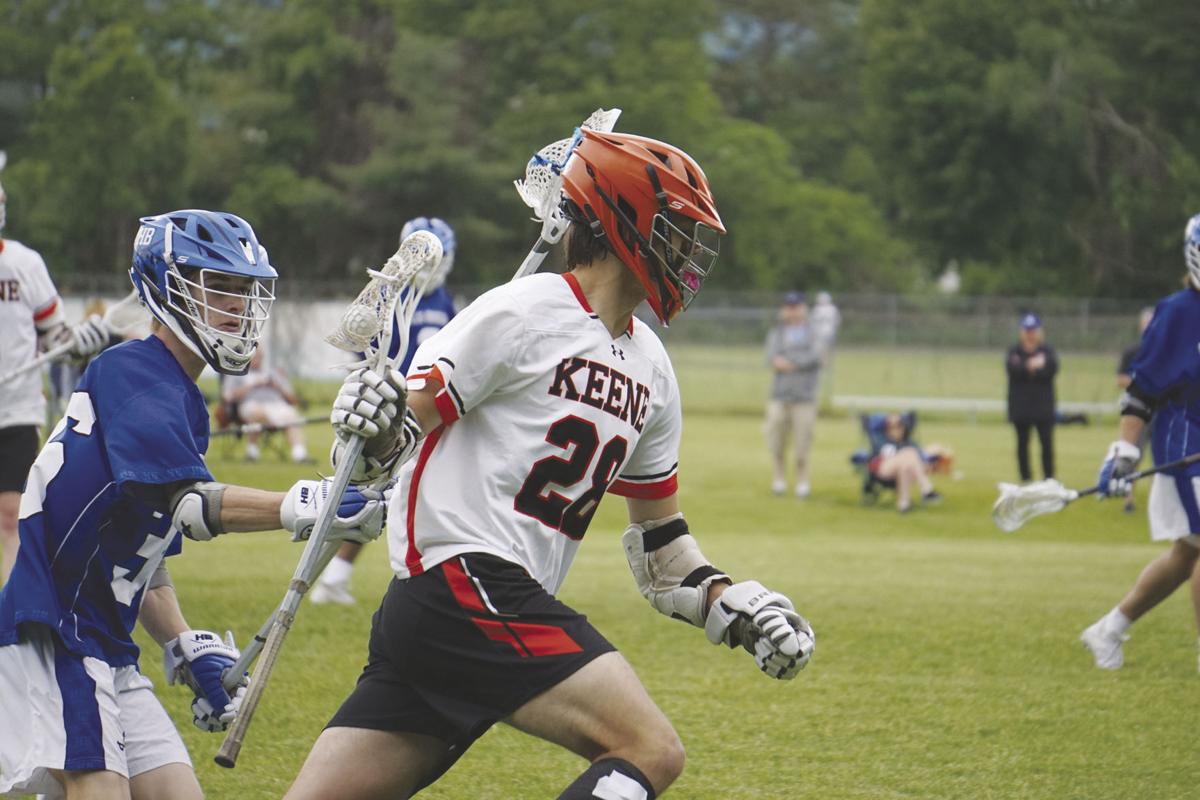 Keene’s Will Levesque tries to get around the Hollis-Brookline defense during the boys lacrosse team’s NHIAA playoff game Wednesday at Scripture Field. 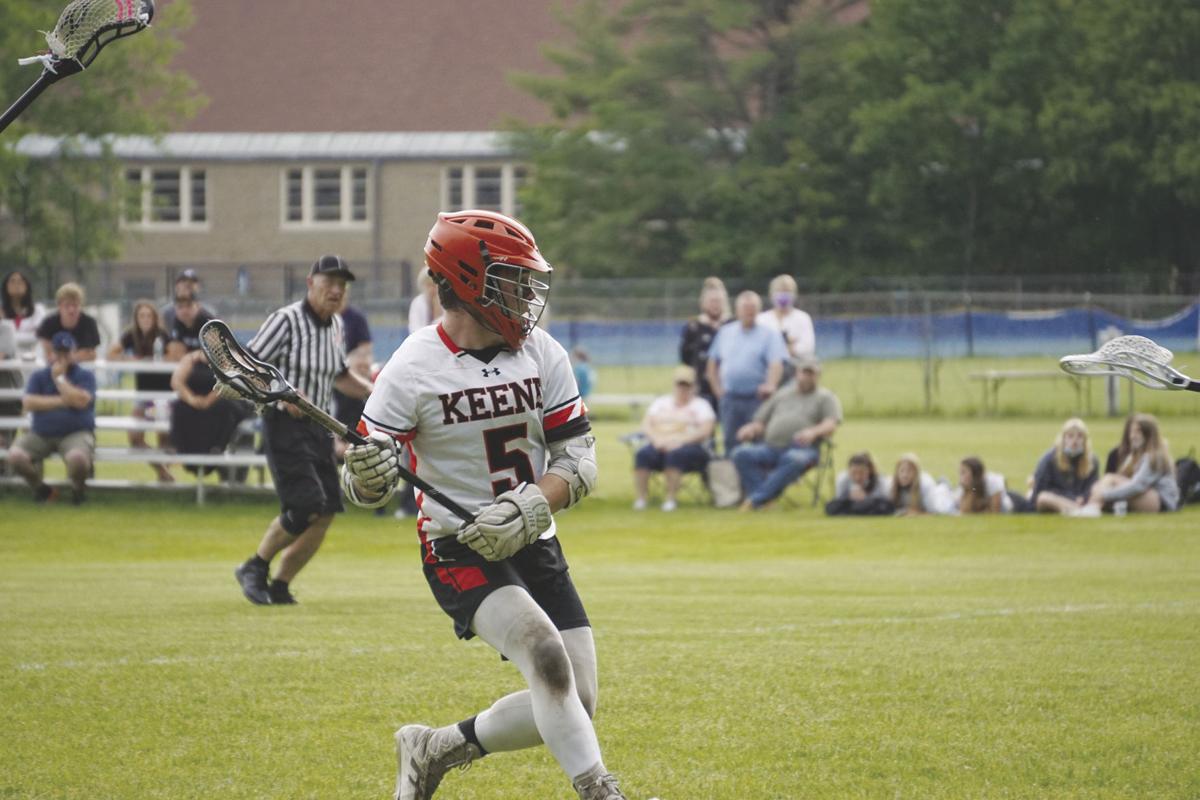 Keene’s Taylor Beamis winds up for a shot during the boys lacrosse team’s NHIAA playoff game against Hollis-Brookline Wednesday at Scripture Field.

Keene’s Will Levesque tries to get around the Hollis-Brookline defense during the boys lacrosse team’s NHIAA playoff game Wednesday at Scripture Field.

Keene’s Taylor Beamis winds up for a shot during the boys lacrosse team’s NHIAA playoff game against Hollis-Brookline Wednesday at Scripture Field.

The Keene High boys lacrosse season came to an end Wednesday with a 12-1 loss to Hollis-Brookline at Scripture Field in the first round of the NHIAA Division II tournament.

Keene got hit with 14 penalties throughout the duration of the game, adding up to 15:30 of penalty time and not giving a team a chance to find any rhythm or momentum.

At one point, the Blackbirds had four guys in the penalty box.

“We played a really hard game and we had more penalties than we should’ve,” said head coach Jamison Hines. “We knew that in order to beat this team — because they’re a good team — we can’t have penalties.”

In the first quarter alone, the Blackbirds committed eight fouls.

“If you only get one [penalty], you can kind of settle into it, but they just kept coming,” said senior Will Levesque. “We never really had four guys out before. It’s not something you really practice. … It was the penalties that killed us.”

Hollis-Brookline took advantage of the man-up situations and had a 5-0 lead after the first quarter.

With just under three minutes to go in the fourth quarter, Taylor Beamis found the back of the net to provide Keene with its only goal of the game.

Scott Walsh played a strong game in net for Hollis-Brookline, holding the Keene offense in check.

“It was a great season and we got better every game and every practice like we wanted to,” Hines said. “We’ll be back next year.

“It was all them,” Hines added. “They worked hard, and they knew that they wanted to improve. They bought into the idea that we wanted to get better every day.”

The loss also marked the final time Keene’s seniors put on the Blackbird uniform. Seniors Will Levesque, Cooper Kennedy and Ethan Russell were all named captains before the season.

“They’ve been awesome,” Hines said. “I told them when the year started that this was their team and they’re going to have to lead. And they did. They stepped up. It’s very telling that the team did as well as it did because of their leadership.”

“I think this is the best year while I’ve been [at Keene],” Levesque said. “Really from that sophomore year to this senior year, that was just crazy. These guys played hard every single game. The best team I’ve ever been on.”