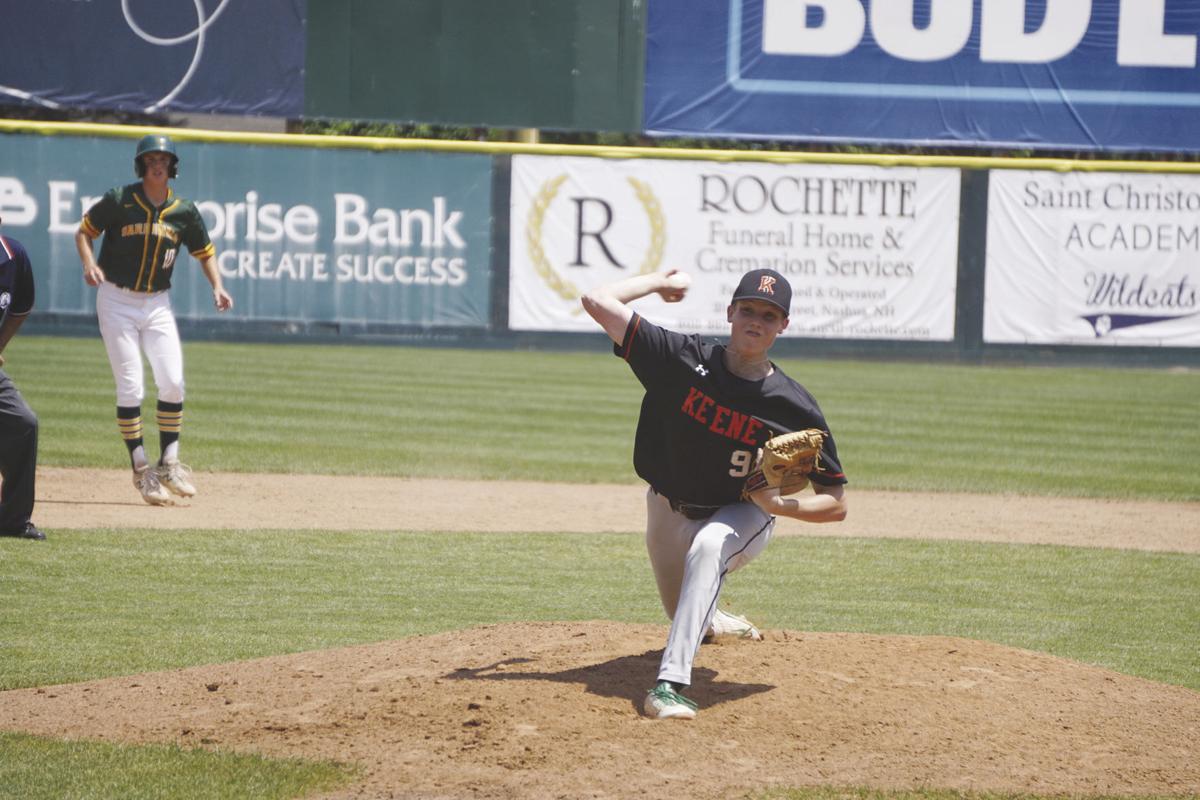 Senior Peter Haas throws a pitch during the Keene baseball team’s win over Bishop Guertin in the NHIAA quarterfinals Saturday in Nashua. 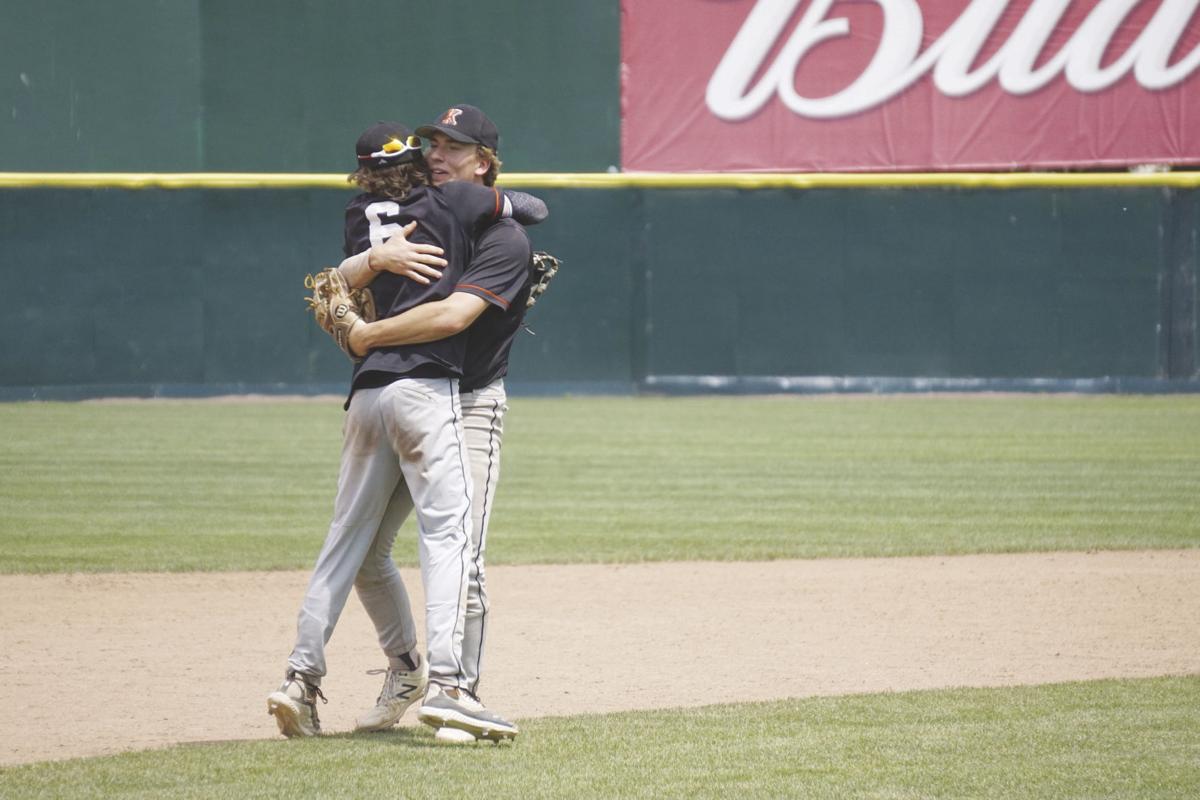 Senior Peter Haas throws a pitch during the Keene baseball team’s win over Bishop Guertin in the NHIAA quarterfinals Saturday in Nashua.

NASHUA — The Blackbirds are rolling.

After scoring six runs in the top of the first inning to set the tone, the Keene High baseball team carried that momentum to a 9-4 win over Bishop Guertin in the quarterfinal round of the NHIAA Division I tournament Saturday at Holman Stadium in Nashua.

The win moves Keene into the semifinal round of the postseason tournament, where they will play Concord, who beat Bedford 3-1 Sunday morning. The semifinal matchup is scheduled for Wednesday at Memorial Field in Concord.

Peter Haas got the start for the Blackbirds and pitched six solid innings, giving up four runs — two earned — on six hits while striking out two.

“There were a couple non-plays,” Moylan said. “So, really he pitched better than that.”

The “non-plays” included a missed pop up in the infield in the second inning and a misplayed ball in right field in the third. Both plays led to runs.

It certainly helps to be up by six runs early, though.

“It’s such a confidence boost,” Haas said. “Going out there with a lead and knowing that your guys are there with energy and are there to play today — that’s the best feeling as a pitcher.”

Keene was on the board in the blink of an eye, after junior Jared Schmitt walked to lead off the game then Haas helped himself out with an RBI double into the left-centerfield gap.

All with just one out, and the offense wasn’t done yet.

Tanner Payne loaded the bases again with a walk and Austin Morris smacked a bases-clearing, three-RBI double to break it open in the top of the first.

Payne and Morris, the bottom two hitters in Saturday’s lineup, combined for four RBI on the day.

Keene sent 10 batters to the plate in that first inning.

The Cardinals made things interesting, scoring three runs in the second and third innings to cut Keene’s lead in half, but the Blackbirds scored the next three runs to make it 9-3 and end any threat of a comeback.

“We continued to pump some runs across there,” Moylan said. “Definitely had better at-bats today than we’ve had all year. We didn’t strikeout too much, we got the ball in play. We were able to scrape some runs across. Playing from ahead is nice, for sure.”

Cal Tiani hit an RBI infield single in the sixth inning to score Liam Conley and give Keene the 9-3 lead. The hit took a bad hop, which gave Conley the opportunity to score.

“There were some small things that went well that added to the lead,” Moylan said.

Tiani finished with two hits and the RBI.

It’s easy to get too comfortable with a six-run lead in the first inning, but the Blackbirds kept the pressure on throughout the seven innings to secure the win and earn their first semifinal berth since 2015 when they lost 12-2 to Spaulding, the eventual state champs.

“We’re excited to be back in the semifinals,” Moylan said. “It’ll be a good matchup. Hopefully our guys will play well. I know they’ll be ready to play.”

“A couple of the coaches in my past have talked about staying low, staying even. We don’t want to get too high after this,” Haas said. “I think as a team, we’re riding a good wave going into the semifinal game.”