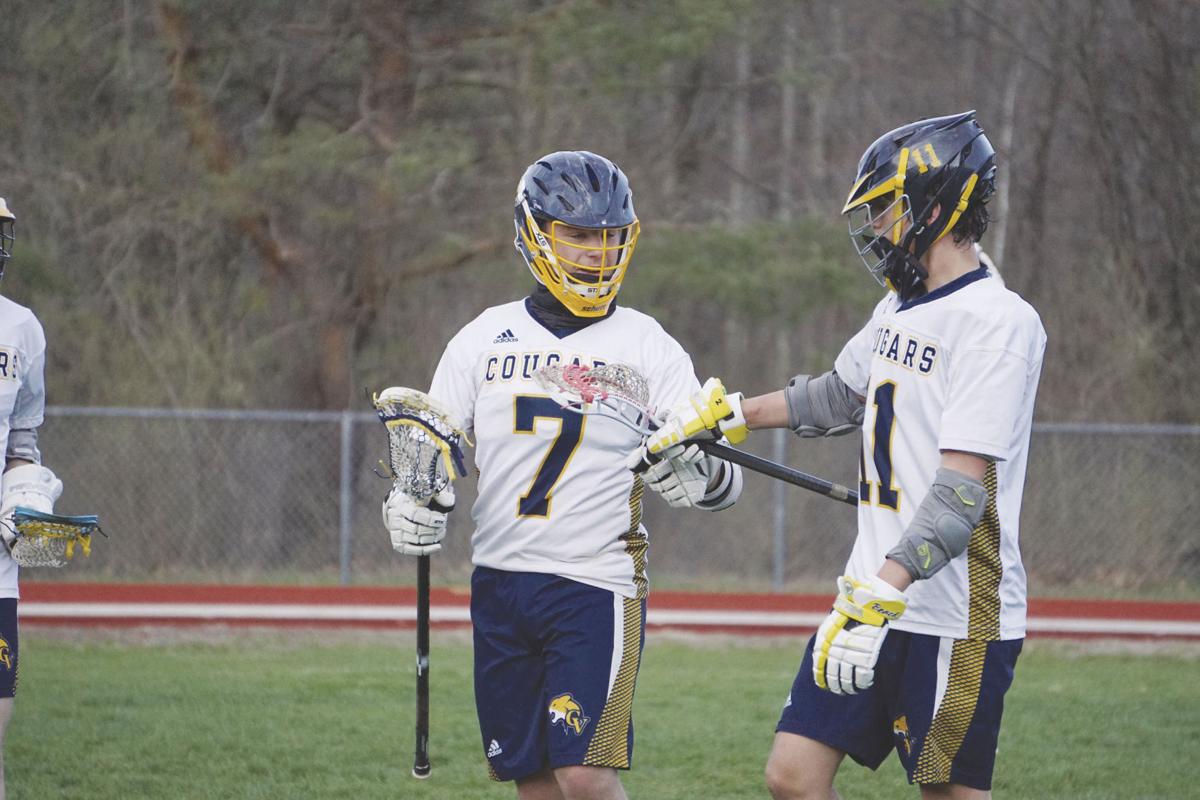 Senior Griffin Filaski (7) of the ConVal boys lacrosse team congratulates freshman Ronan McNamara on his fourth goal of the game during Tuesday’s win over Monadnock in Swanzey. 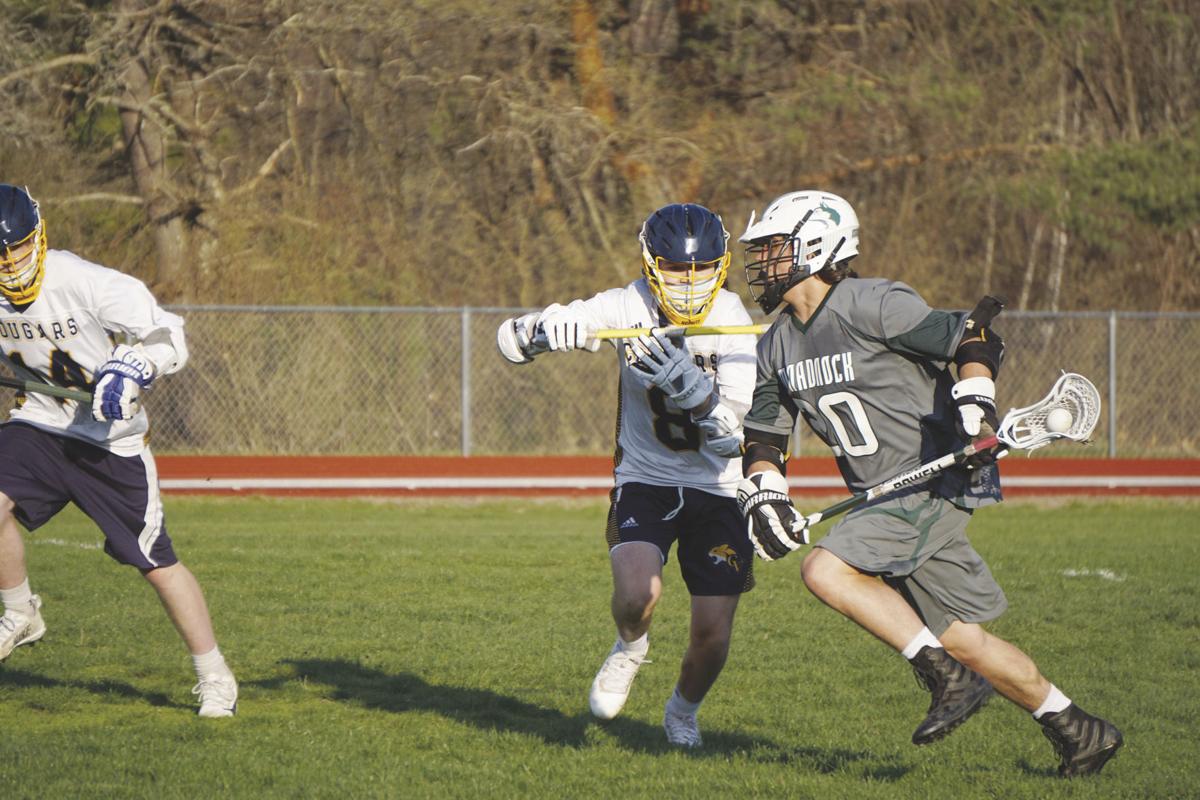 Senior Justin Joslyn (20) of the Monadnock boys lacrosse team tries to get by the ConVal defense during Tuesday’s game in Swanzey.

On Tuesday, it was both for the ConVal boys lacrosse team in its 10-4 win over Monadnock in Swanzey.

Senior Griffin Filaski and freshman Ronan McNamara combined for eight of ConVal’s 10 goals — four each — in the win.

“They were both doing great,” said ConVal head coach Terry McNamara. “Ronan was doing our faceoffs … and Griffin was on fire today with his shots, for sure. He was just stepping down and drilling them in.”

Although it was a record night for each of them personally — the first four goals of Ronan McNamara’s career and a career high for Filaski — both were quick to credit their teammates.

“Today we just bonded as a team,” Ronan McNamara said. “Two of my goals were because of my teammates. … It was all working together.”

“My teammates did a good job of moving the ball and finding opportunities to feed the crease,” Filaski added. “I think we just did well overall.”

And it was the first taste of competitive action for both teams in two years, since the 2019 season.

“It felt pretty good,” Filaski said of getting back on the field. “I was pretty excited before this season. I was hoping it wasn’t going to get canceled and luckily it didn’t.”

“I haven’t played spring lacrosse since 7th-grade year,” McNamara added. “All the boys are hungry, we’re always ready to get after it.”

Filaski got things started for the Cougars (1-0), finding some open room in front of the net to give ConVal a 1-0 lead three and a half minutes into the game.

McNamara was close to sinking his first career goal with about four minutes to go in the opening quarter, but just missed on a shot and the 1-0 lead stuck after the first.

ConVal freshman Colin Pellettieri doubled the Cougars’ lead in the second quarter after scooping up the rebound on a missed shot and putting it past Monadnock’s goalie, freshman Carson Lloyd.

Just a few minutes later, McNamara made it 3-0 Cougars.

Monadnock junior Nolan Fletcher gave the Huskies (0-1) some life before halftime, cutting ConVal’s lead to 3-1 at the break.

But 30 seconds into the second half, Filaski scored his second of the game, then McNamara followed suit to make it 5-1, and all of a sudden ConVal started to run away with it.

After a few more goals from Filaski and McNamara, ConVal senior David Martin capped off the scoring with a goal of his own.

“We’ve been working on more motion on offense,” said Terry McNamara. “Especially because they were playing a zone. It’s very hard to score against a zone if the offense isn’t active, so they were doing a good job.”

“I think they held together pretty well,” Hart added. “I think we just need to keep building. Individually and as a team we’re going to get better and better. It’s as simple as that.”

The game between these two teams that was scheduled for Thursday has been postponed because Monadnock won’t have enough players available, so ConVal’s next game is currently scheduled for Tuesday, May 4, against Milford.

Monadnock next hosts Lebanon Saturday, May 1, at 10 a.m.