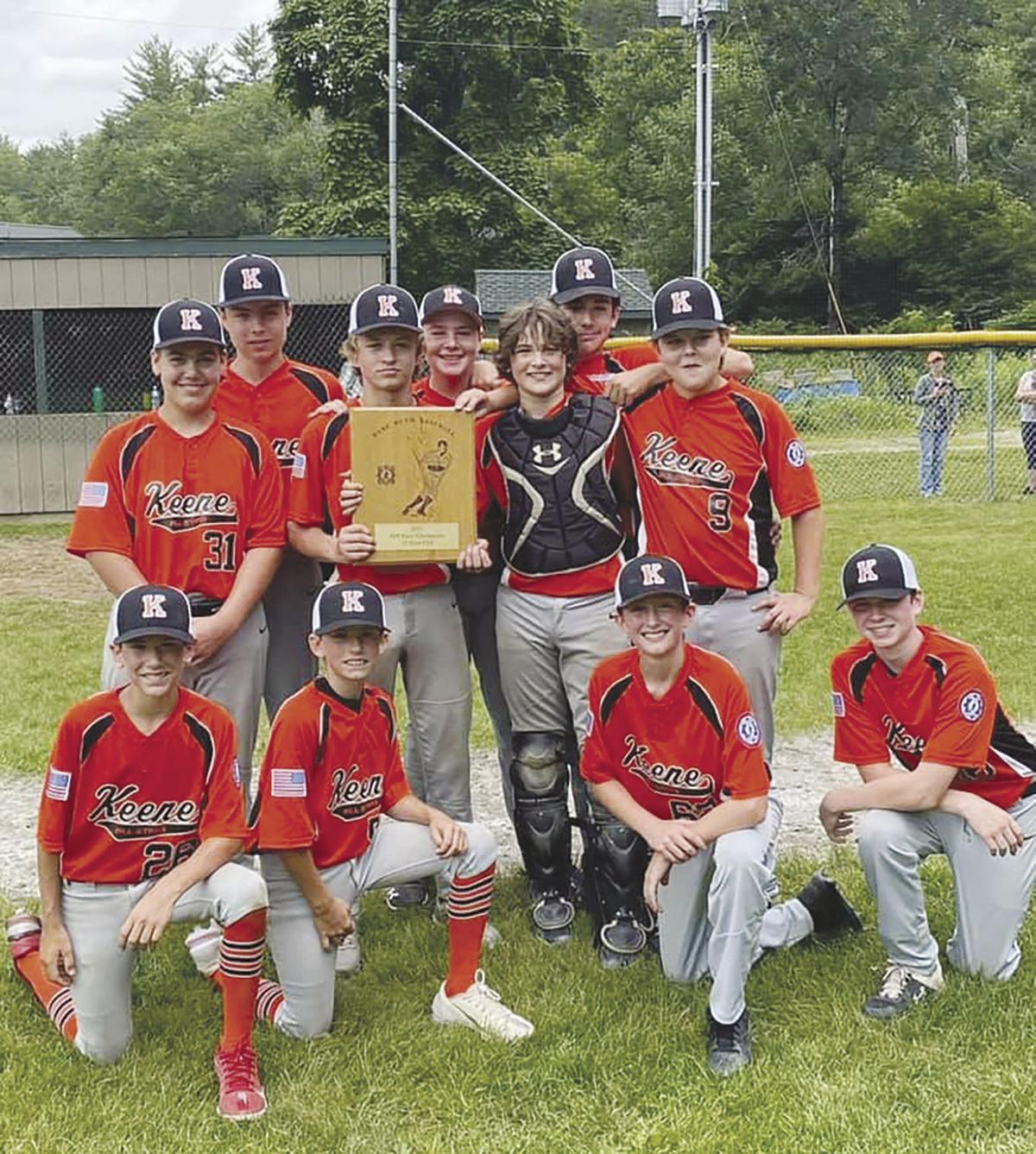 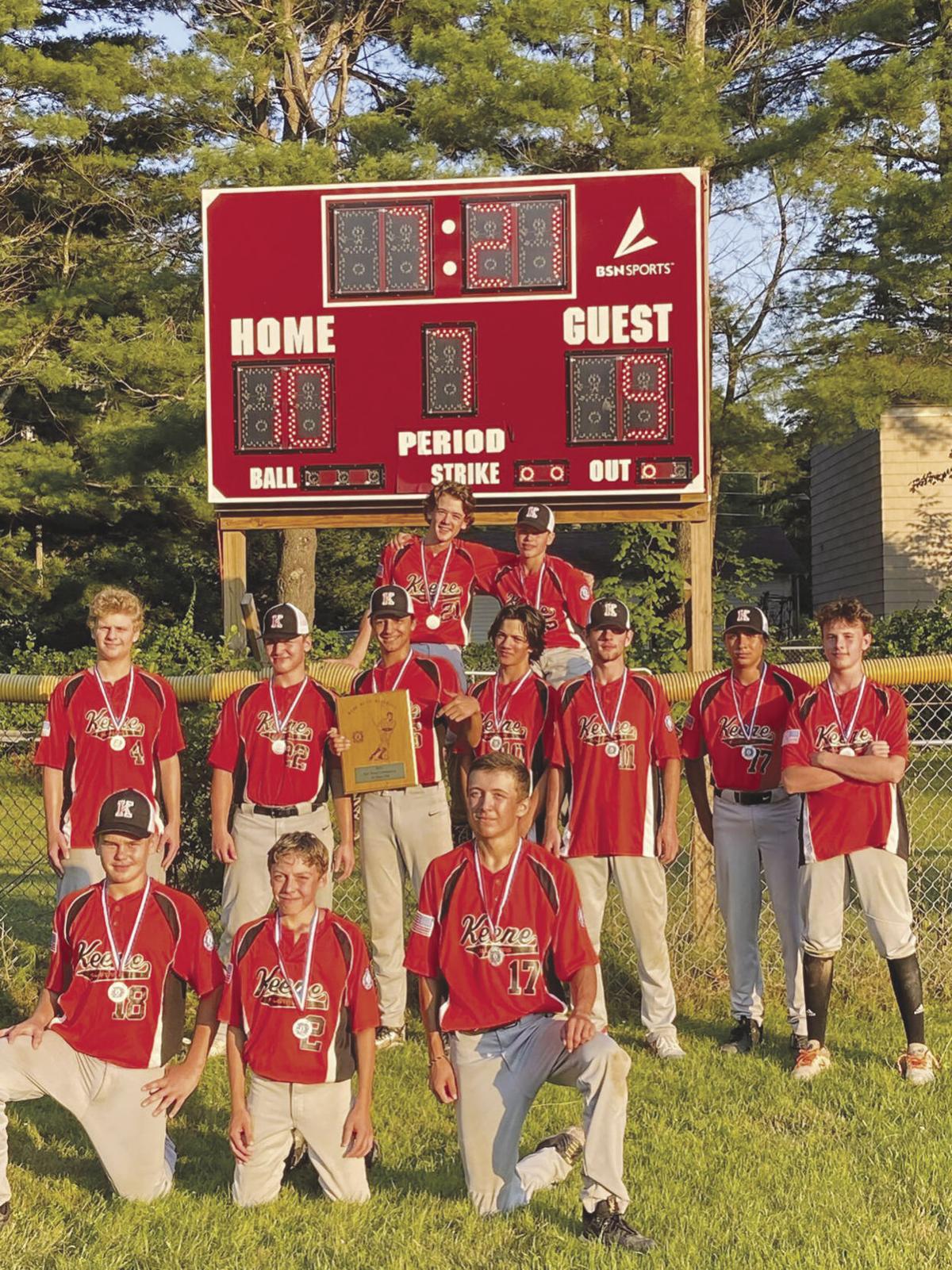 MARLBOROUGH — The Greater Keene 13-Year-Old and 14-Year-Old All-Star teams won their respective state tournaments over the weekend in comeback fashion at Marlborough Field.

The 14s needed a three-run rally in their final at-bat in the if-necessary game to sweep Londonderry on Monday, 9-3 and 10-9. They advance to play Rhode Island on Friday in the first round of the New England Regional tournament at Monsignor Simard Field in Rochester.

After losing Friday, 6-3, in the first game of the best-of-three championship series against Plymouth, Greater Keene came back the next day by scoring scoring seven runs in the third inning to take Saturday’s opener, 7-3. Dominic Smith, Kian Bose, Koby Kidney, Hunter Schultz, Conrad Smith and Eli Kopcha all had hits, with Schultz and Conrad Smith each driving in two runs.

Kidney turned in five solid innings on the mound for the win, with Flynn Dennis finishing up. Bose, Conrad Smith and Kopcha each finished with two hits.

Conrad Smith got the start in the the tie-breaker and turned in a sparkling complete-game effort, scattering six hits with seven strikeouts and no walks. He stranded two runners on base in the seventh with a pair of strikeouts to end the game.

After rolling to a 9-3 win in Monday’s opener of the double-elimination tournament, Greater Keene found itself down 9-7 heading in the bottom of the seventh inning of the if-necessary game.

Zak Whitney, the winning pitcher in the opening game, started the rally with a leadoff single and went to third on a single by Nolan Gillis. Sean Callahan drove in Whitney with a single and Noah Parelli beat out a one-out sacrifice bunt to score Gillis with the tying run. Callahan ended up scoring the winning run on a passed ball.

Greater Keene had 22 hits on the day, including 12 in the final game. Gillis was 4-for-4, while Whitney, Callahan (three RBIs) and Ollie Frowein (two RBIs) had two hits each.

After going 2-1 in the early rounds of the tournament, including a 6-3 loss to Londonderry, Greater Keene needed two wins Monday. Whitney got the team going by throwing five strong innings, while a seven-run fifth inning gave Greater Keene a 9-0 lead.