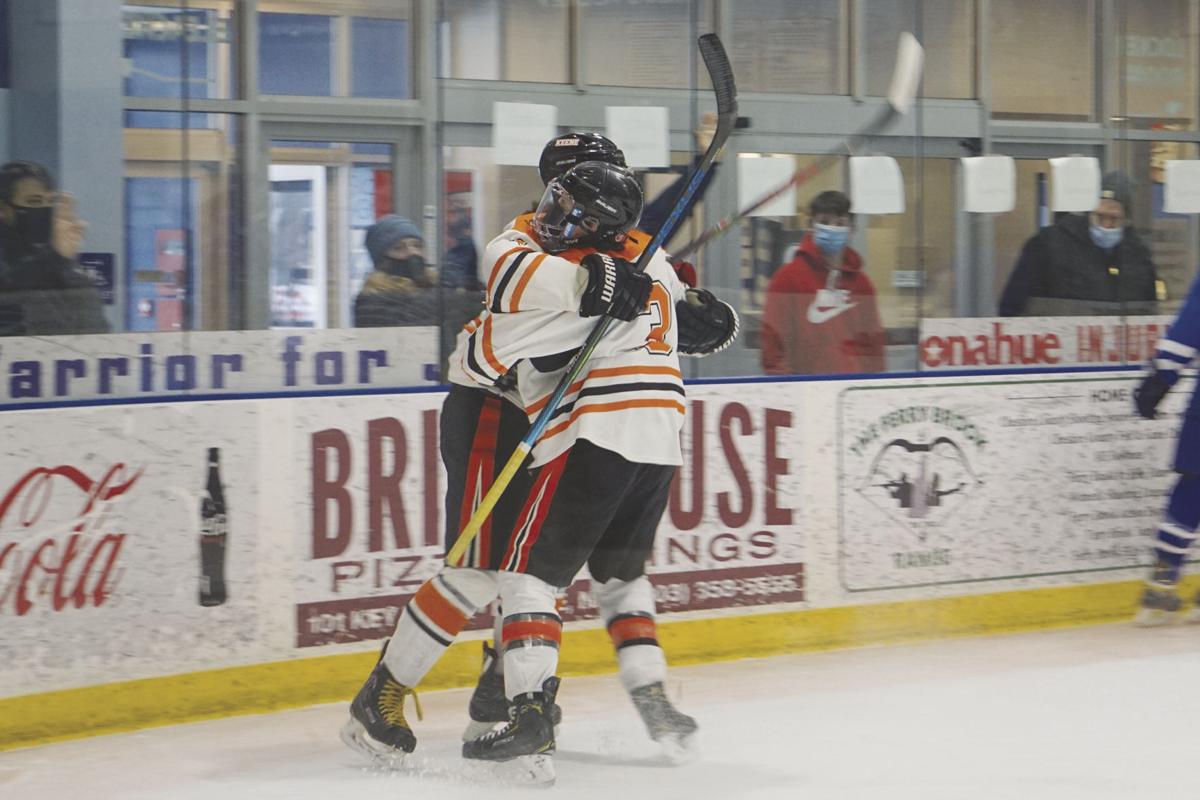 Freshman Noah Parrelli (3) celebrates with junior Robbie Nowill after they connected on a goal in the second period of Tuesday’s win over Merrimack at Keene Ice. 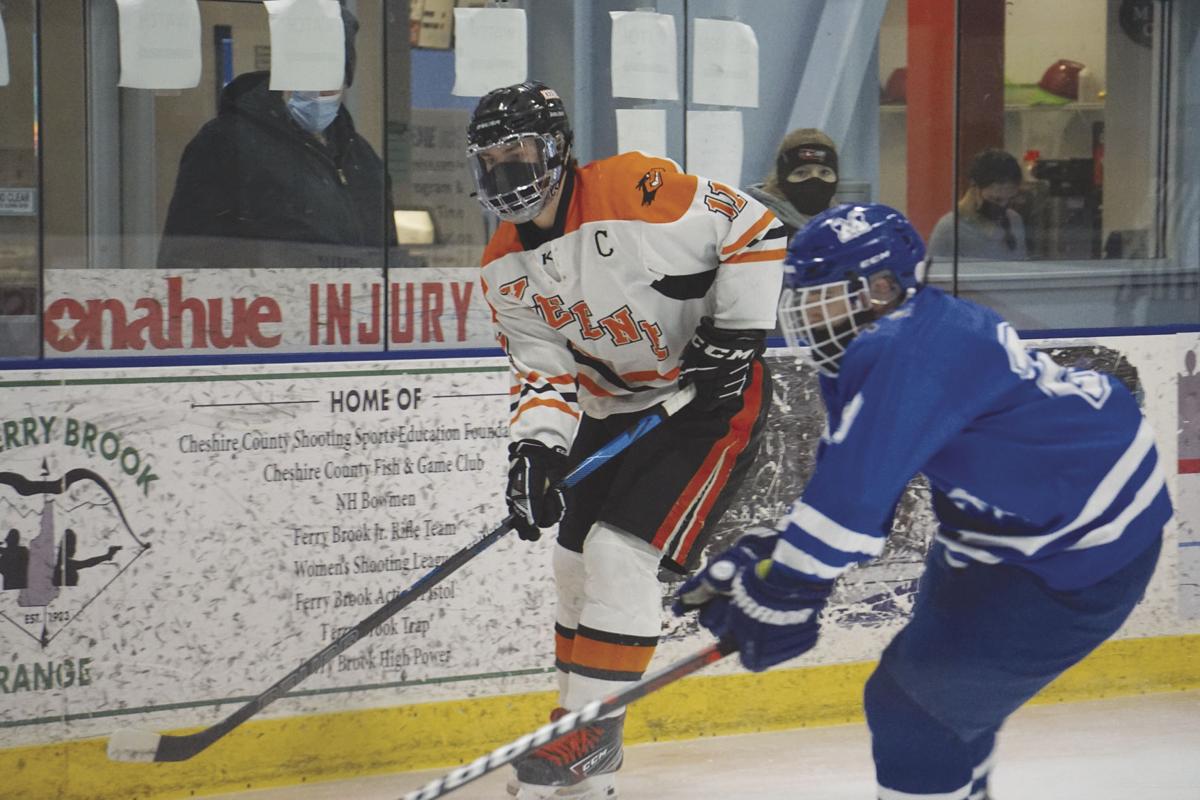 Senior Zach Mooers skates behind the net with the puck during Tuesday's game against Merrimack at Keene Ice.

It was a good game for Keene Ice to bring the goal horn back.

Five different Blackbirds scored in the Keene High boys hockey team’s 6-2 win over Merrimack Tuesday at Keene Ice, each goal followed by a celebratory horn for the first time this season.

“I thought it was the best game we played all year,” said Keene head coach Chris McIntosh. “I think they’re playing good hockey at a great time.”

“Definitely the most put-together game we had,” Mooers said. “Everybody moved their feet — I mean everybody. We played physical, we moved the puck, and we buried it when we needed to.”

Classmate Ethan Russell also had a goal, but it was really the underclassmen that lit up the scoresheet.

Sophomores Chase Hill and Jonah Murphy each scored, with freshman Noah Parrelli finding the back of the net as well.

“We’ve got some younger kids stepping up,” McIntosh said. “They’re playing well as a team.”

And Mooers, a veteran and captain on the team, knows the importance of the younger guys making their presence felt.

“They’re the future of the program,” Mooers said. “I’ve seen every single freshman and sophomore — they’ve gotten better every single day. You always want those freshmen to work hard and succeed because that’s how we get better as a squad moving forward.”

Senior Taylor Panek got the start in net for Keene, recording 18 saves, including a point-blank save in the first period to preserve the one-goal lead. Merrimack, shorthanded at the time, stole the puck in the offensive zone and had a clear shooting lane to the net, but Panek made the stop.

“[Panek] stepped up in a few big spots where it really could’ve changed the momentum of the game,” McIntosh said. “He’s a very capable goalie. Taylor stepped up big tonight, and it’s what we expect.”

The Blackbirds (5-2) went 2-for-4 on the power play, something that Zach Mooers said the team has been working on in practice.

“We’ve struggled on the power play up until this game,” Mooers said. “We moved the puck better today, and we got some good shots.

“It feels good,” he added. “We’ve been frustrated with the power play, so to have it click tonight was very nice.”

McIntosh adjusted the lines Tuesday to see how the new groupings look on the ice, and he said there were no chemistry issues.

The six goals back that up.

“We really have a balanced look at what we’re doing right now,” McIntosh said. “We really like the way we have it set up now, and the last two games have been successful.

“It’s still a young team, but we have the right leaders in the right places,” he added.

Keene took an early lead on Hill’s power play goal just four minutes into the first period. Merrimack tied the game a few minutes later, but Parelli’s goal gave Keene the lead again halfway through the first. Zach Mooers scored on a power play at the end of the first.

An insurance goal in the second and two in the third got the job done.

The Blackbirds next travel to play St. Thomas Aquinas on Thursday at 12:30 p.m. before returning to Keene Ice on Friday to play Manchester Memorial at 3 p.m.