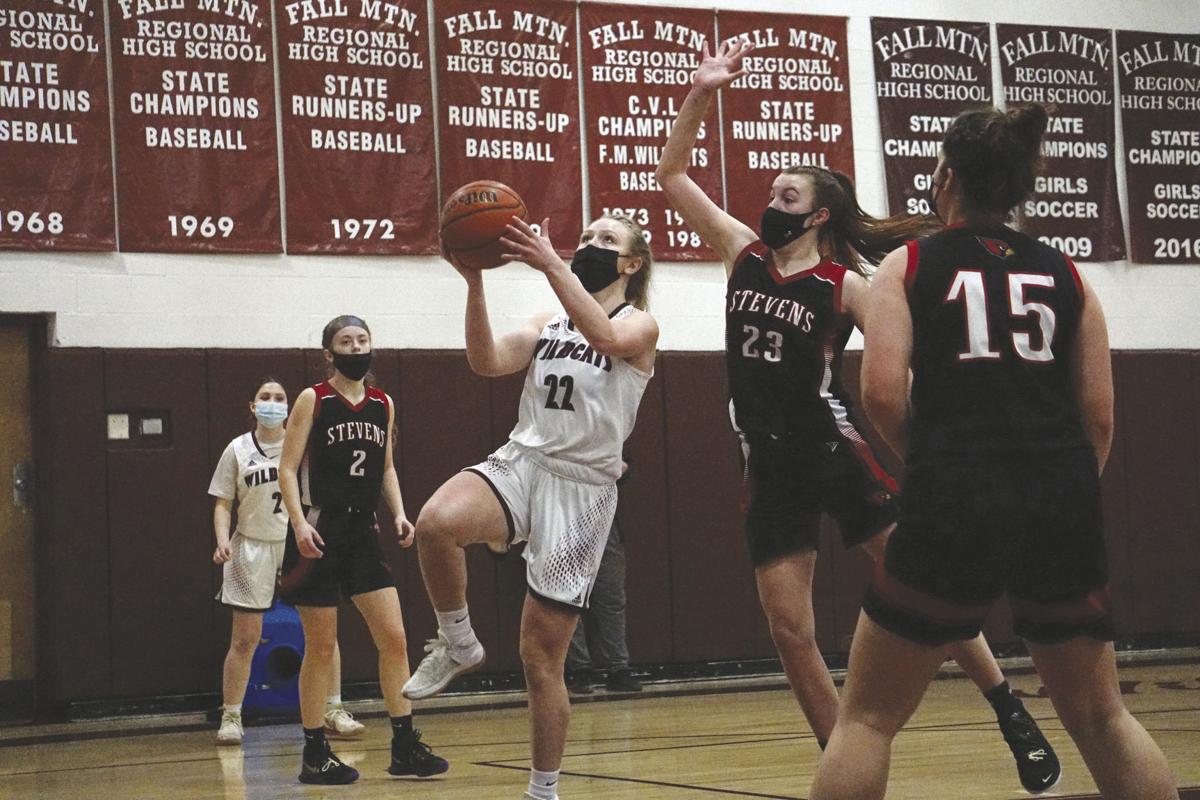 Fall Mountain’s Makenna Grillone (22) drives to the basket during the Fall Mountain Wildcats’ NHIAA Division 3 quarterfinal win over Stevens in Langdon on Sunday. 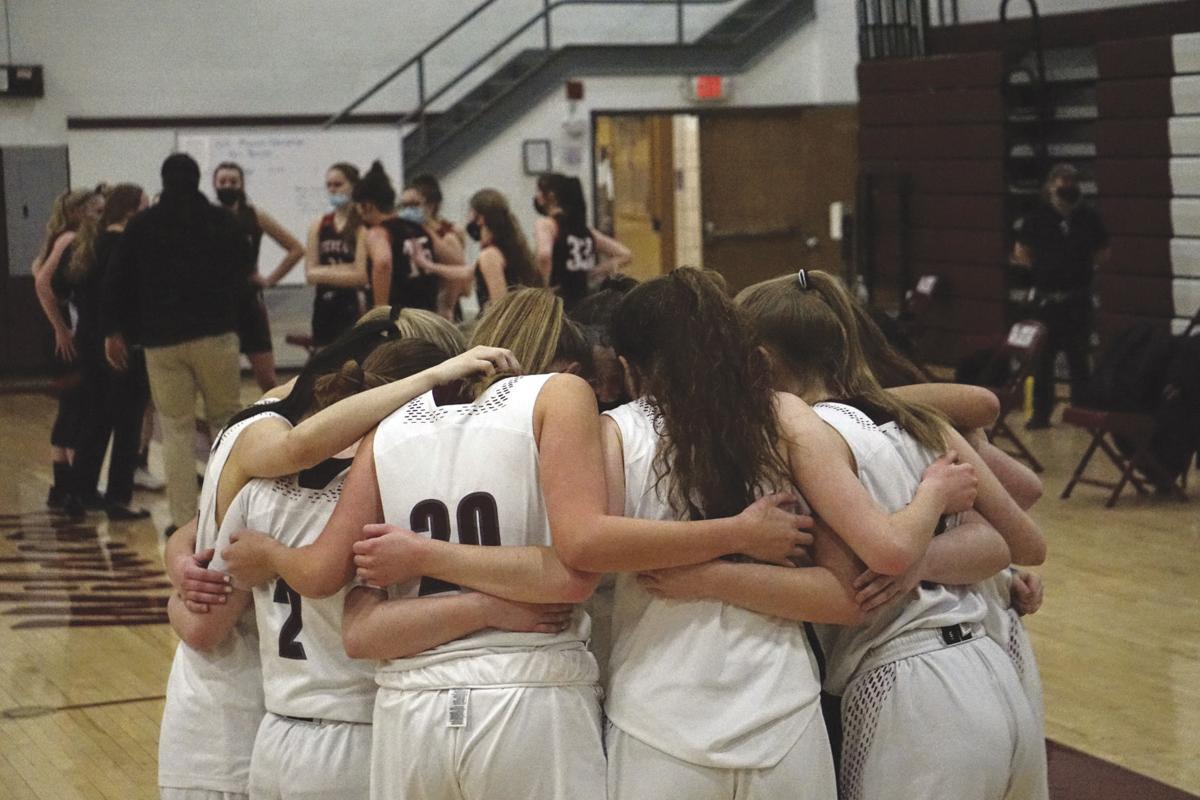 Fall Mountain’s Makenna Grillone (22) drives to the basket during the Fall Mountain Wildcats’ NHIAA Division 3 quarterfinal win over Stevens in Langdon on Sunday.

LANGDON — In a season that’s been anything but normal, the Fall Mountain girls basketball team felt some familiarity Sunday: the familiarity of earning a spot in the state semifinals.

For the third consecutive season, the Wildcats are heading to the final four, where they will take on Newfound High School on Thursday.

Fall Mountain earned its semifinal spot after its 62-38 win over rival Stevens in Langdon in the NHIAA Division 3 quarterfinals.

“It feels pretty familiar,” said junior Makenna Grillone, who finished with 14 points, four assists and three rebounds Sunday. “It’s a great feeling. I love my team, and I just can’t imagine it being any other way with them.”

It was a game that Fall Mountain controlled from the start, thanks to strong rebounding across the board and tight man-to-man defense that kept Stevens at bay. Eventually, once the Wildcats built up a lead, they switched to a zone defense, which head coach Matt Baird-Torney said gave them some more favorable matchups.

Bundy, just a freshman, finished with a team-high 11 points for Stevens.

Baird-Torney said the game plan going into Sunday’s game, the third matchup between the two teams in a week and a half, was to stay in a half-court defense, rather than the Wildcats’ usual full-court press.

“[The team] stuck to the game plan and played it perfect,” Baird-Torney said. “I told them, ‘Are we capable of beating this team without our press?’ When we beat this team by 30 [on Feb. 23] it’s because we were in the press all game and they were throwing the ball all over. And I said, ‘I don’t want to rely on that.’ ”

They stuck with that half-court defense for most of the game, created turnovers and, with the help of 32 team rebounds, held firm control throughout the game.

“I think we locked down on defense, and that just made our offense a lot easier to work with,” Grillone said.

Grillone said Sunday’s win was as much of a team win as any other game this season.

And it’s the perfect time for the group to start clicking.

“I think people started to sleep on us a little bit during that stretch that we’re playing Hanover and Lebanon,” Baird-Torney said. “All we’re doing is getting better and learning from other teams and learning where we need to get to.”

Playing in the semifinal round is nothing new to the Wildcats, but in the COVID era, when there was no promise of even having a season at all, making the final four feels a little bit sweeter.

“We’re all really excited and we’re all really thankful that we got the chance to play this year,” Stewart said. “We’re ready to try to make another run to the championship.”

“It definitely makes me feel very grateful to still be able to do this with them,” Grillone said. “Just the threat of not being able to do it again is heartbreaking. So, now that we’re given the chance, it does feel very special this year.”

And, from Baird-Torney’s perspective, the chance of not having a season has been motivation for the team to make the most of every opportunity that comes its way.

“It means an awful lot to all of us,” Baird-Tourney said. “Sometimes when you’ve done something, when it’s not your first time doing it, you look for inspiration, something to get the girls motivated. I didn’t have to do that this year because even though we’ve been there twice, they thought they weren’t going to get another chance. So now that they have this chance, it’s all new to them again.

“It’s a team that thought they weren’t going to have a shot to get back to the final four, and they’re not going to squander it,” he added.

Fall Mountain’s semifinal matchup against Newfound is scheduled for Thursday at 5 p.m. at Trinity High School in Manchester.