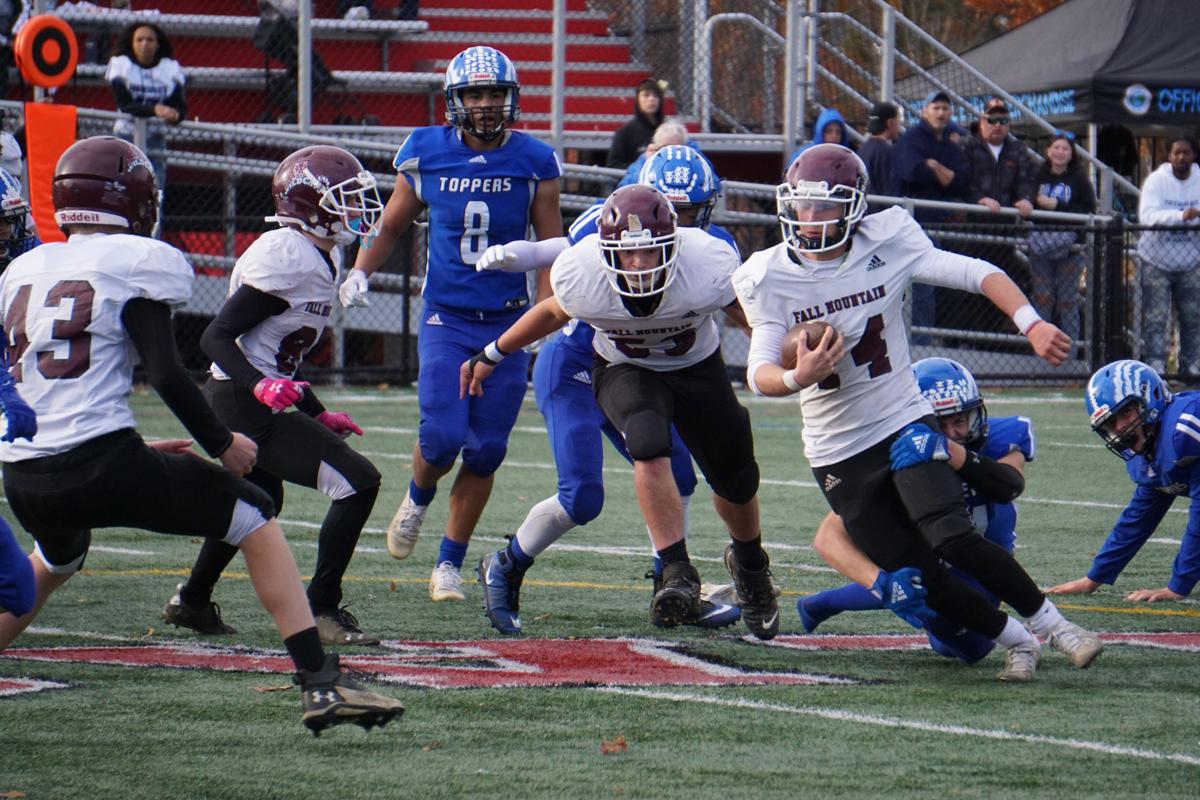 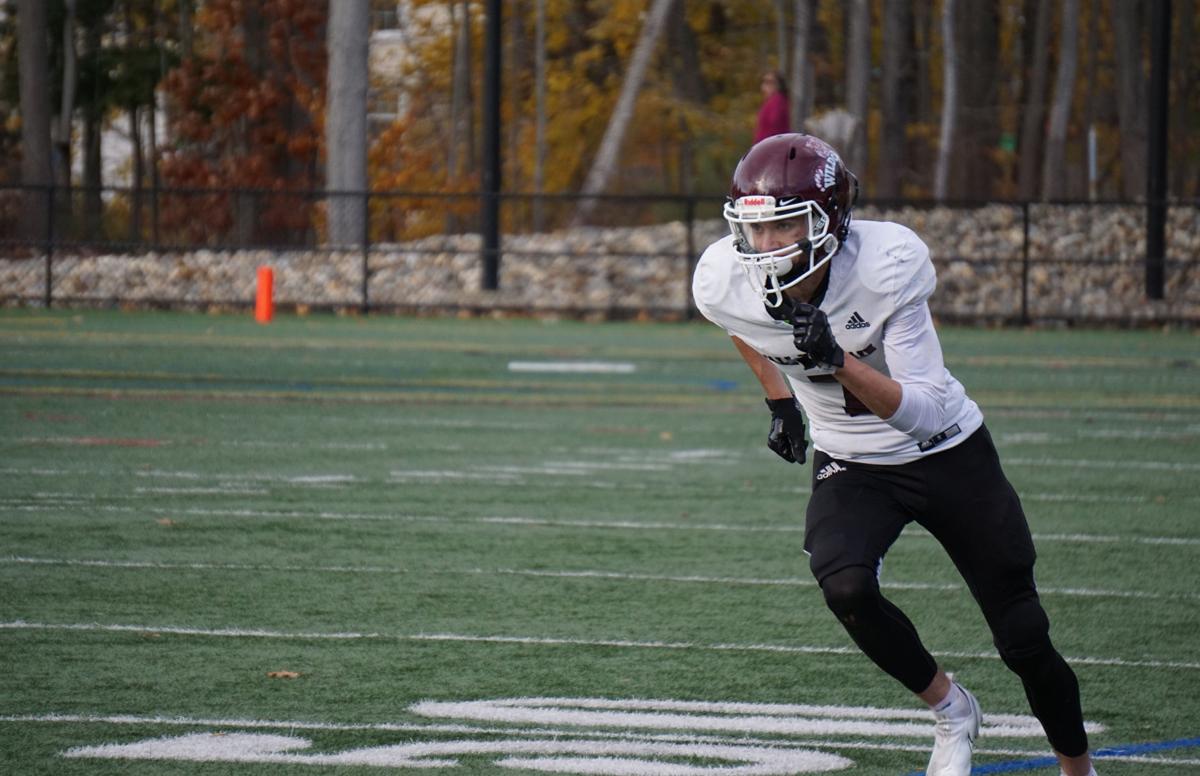 LACONIA — The Fall Mountain football team found no answer for Somersworth junior Calvin Lambert in a 40-13 loss to the Hilltoppers in Saturday’s NHIAA Division IV title game in Laconia.

Lambert ran for 113 yards on 22 carries, and also had a 50-yard touchdown reception as the junior found the end zone five times to carry the team to its first state championship since 1997.

“Calvin Lambert is a wonderful football player,” said Fall Mountain head coach Orion Binney. “He was all over the place all day.

“We’re a high-energy team, but when things go bad it’s tough to keep that up,” Binney added. “And when we don’t have the energy, we’re not the same football team.”

The deciding play came midway through the third quarter, when Lambert came up with a pick six to put the Hilltoppers ahead 20-7.

The play was created by Somersworth’s defensive line, which consistently put pressure on Fall Mountain quarterback Luke Gay and forced the errant throw on that play.

Lambert’s pick six was Somersworth’s second defensive touchdown in the game, the first coming late in the second quarter after Gay was stripped of the ball in the end zone and Somersworth freshman Blayne Belanger fell on top of it to push the Hilltoppers ahead 12-7.

“You can’t give a team like that free points with those defensive touchdowns,” Binney said. “That pick-six really got their energy up. They start running a little bit harder, blocking a little bit better.”

“Today’s key was defense,” said Somersworth head coach Jeremy Lambert, who played on the 1997 Hilltoppers state championship team and now sees his son Calvin earn a title of his own. “We scored twice on defense, that was huge.”

The Somersworth defense also limited Gay in the running game — one of the strengths of the Wildcat offense — closing in on the quarterback at lightning speed.

“They definitely watched a lot of film,” Gay said. “They came to play today. They were on us.”

“[Gay] was a huge concern,” Coach Lambert said. “We got up by a couple of scores and that forced his hand.”

Gay had to throw the ball 23 times to try to mount a comeback, going 8-for-23 for 138 yards and two touchdowns.

Calvin Lambert’s pick six kicked off a 22-point third quarter for Somersworth, which saw the Hilltoppers pull away, 34-7, by the end of the frame.

Lambert scored all three of the Somersworth touchdowns in the third quarter.

“I told the guys, it just wasn’t our day,” Binney said. “You have good days and you have bad days and today was one of our bad days, unfortunately.”

The game was close until that third quarter. Somersworth took an early 6-0 lead, but Gay and senior Brady Elliott connected for a 60-yard touchdown pass midway through the second quarter to go ahead, 7-6.

“I was hoping for another one,” Elliott said. “Their secondary played a lot better than they usually do.”

But Somersworth’s fumble recovery in the end zone gave the Hilltoppers the 12-7 lead at halftime.

Then Lambert ran his interception back 35 yards for a touchdown and the snowball started to roll in Somersworth’s direction.

“It’s our defensive line making a great play,” Lambert said of his pick six. “There was definitely a change of energy after that, a change of momentum. It was huge for us.”

Fall Mountain sophomore Josh Devore scored a touchdown on an 11-yard pass from Gay early in the fourth quarter, but Lambert scored on the very next drive to seal the game for the Hilltoppers.

Junior quarterback Jeff DeKorne kneeled the ball at the end of the fourth quarter to run out the clock.

“Just a great group of kids,” Coach Lambert said. “They earned this. They worked so hard.”

After a 2-3 start to the season, the Wildcats fought back into the playoff conversation, earning a spot in the postseason with a win in the final week of the regular season.

Then they proved they belonged with the best in the division by taking down No. 1 Newport in the semifinals.

“A lot of resilience,” Gay said. “We won our first game then took a couple of losses, but we bounced back and put the work in at practice to make it here.”

“It’s just grit and toughness,” Binney said. “They wanted to be great. They came to work every day. They’re just tough. Coming in second place sucks in the moment, but in the long run they’ll understand what kind of impact they made and how important this is. I’m proud of them.”