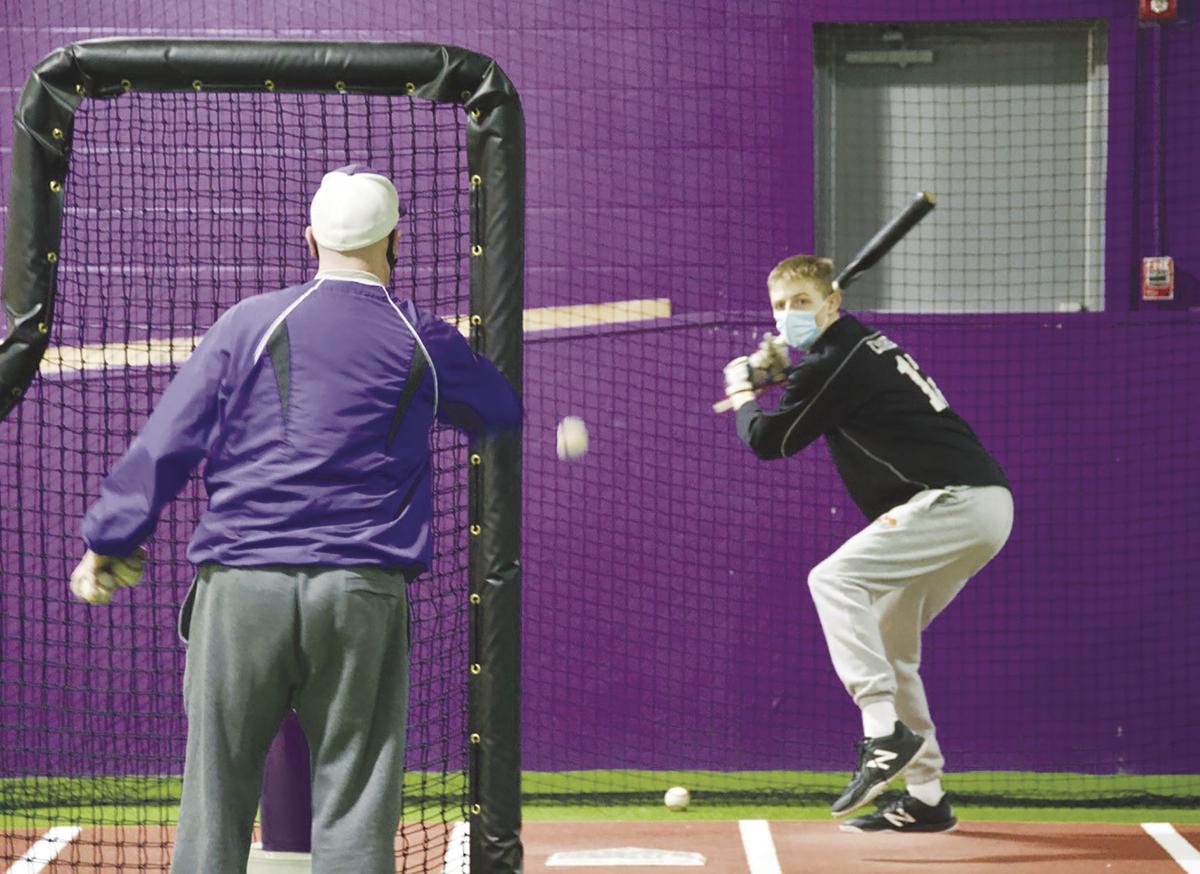 Alex Charles, a member of the Junior Swamp Bats Showcase team, locks in on a pitch from Coach John Luopa during practice at The Fieldhouse last Wednesday. 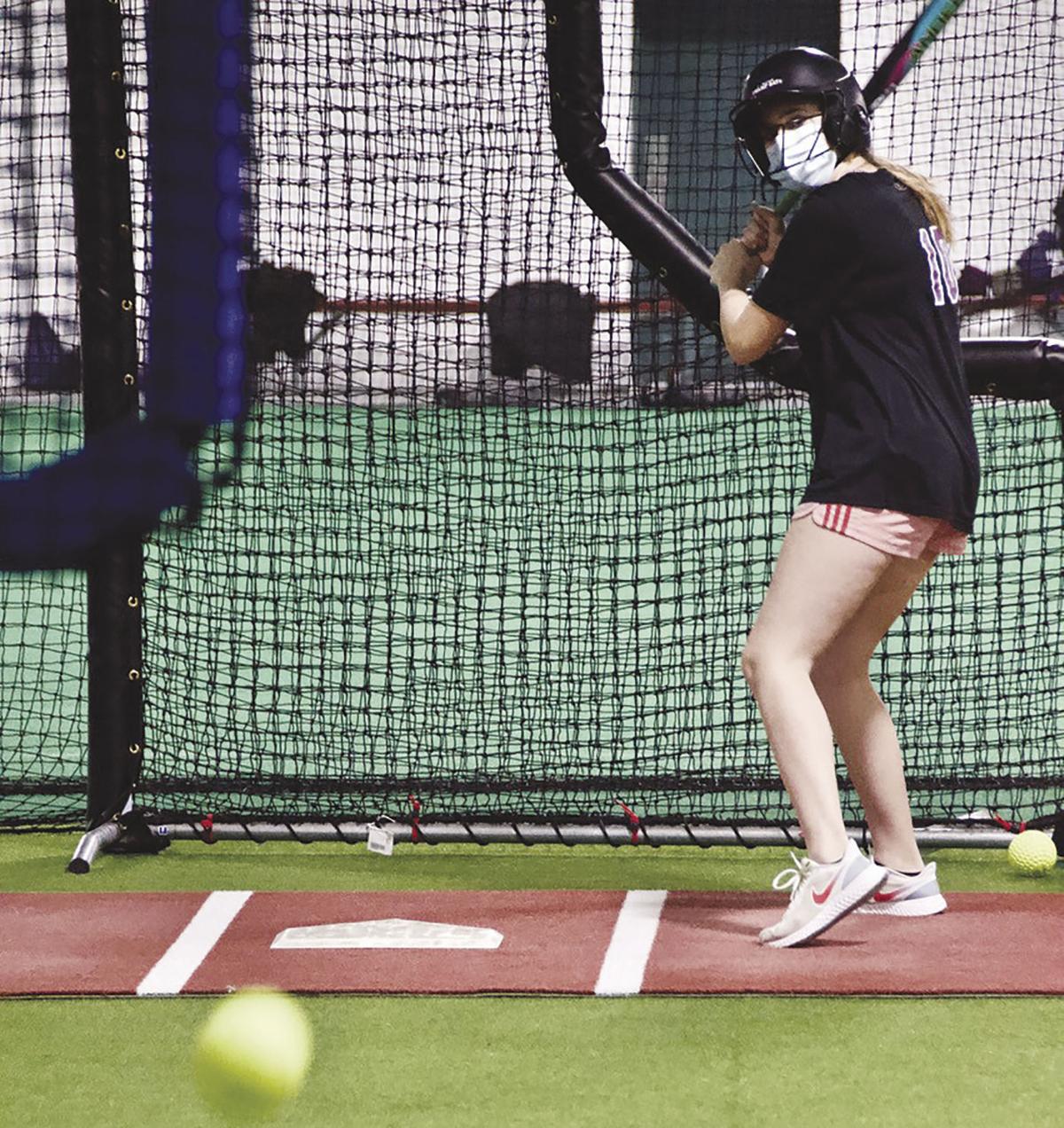 Makenzie Neese, a member of the 16U softball team, takes batting practice last Wednesday at The Fieldhouse.

Alex Charles, a member of the Junior Swamp Bats Showcase team, locks in on a pitch from Coach John Luopa during practice at The Fieldhouse last Wednesday.

Makenzie Neese, a member of the 16U softball team, takes batting practice last Wednesday at The Fieldhouse.

It started as one 12U baseball team back in 2011, and now the Junior Swamp Bats, in its 10th season, fields 10 baseball teams, three softball teams and is giving upward of 150 athletes, ages 8-18, the chance to compete.

“First and foremost, we started the program to give kids an opportunity to play extra baseball,” said Jim Fennell, the founder and former president of the Junior Swamp Bats. “And that continues to be the underlying theme of the whole program.”

Fennell said that program’s goal was never to have elite teams, which he said could limit some athletes. The program fields successful teams, but the focus has always been on giving kids the chance to play.

“What we’re trying to be is a program that works well with our local programs … and we want to make sure that the interest in baseball and softball remains throughout,” Fennell said.

The baseball teams typically have the chance to travel across New England as part of the New Balance Select League, formerly known as the New England Elite Baseball League.

This summer, the teams played only in New Hampshire because of COVID travel restrictions. Fennell said the travel aspect is a big part of what the program offers because of the experience and relationships that the athletes get out of an overnight tournament, and he hopes to continue to provide travel around New England post-COVID.

Increased interstate play was something that Fennell said he had been working on even pre-COVID, to help with schedule flexibility, and with the pandemic starting just a few months before the NBSL’s summer season, the league decided to keep travel at a minimum anyway.

Now the league is split into three divisions, with the two lower divisions playing interstate schedules, while the upper division will continue to travel around New England, once it becomes safe to do so.

Fennell said the Junior Swamp Bats will have one upper-division team while the rest will be in the lower divisions.

The pandemic created an extra challenge for first year Junior Swamp Bats President Liz Giza, who is taking over for Fennell this year.

“It was [a little more challenging] at first, but it actually worked out,” Giza said of the adjusted schedule. “The league that we play for … was able to reconfigure a New Hampshire league, a Massachusetts and a Maine league because of everything going on which was nice.”

It meant the teams were able to get a full summer season in, despite the pandemic.

The season was delayed a few months, but the teams played it in full.

A few players opted out of the season, Giza said, but for the most part, minus having to completely shut down during the first few months of the pandemic, everything has been running smoothly — and safely — for the Junior Swamp Bats.

Now the teams are back to working out at their new indoor facility, The Fieldhouse at Homestead Mills, in Swanzey. The 32,000-square-foot facility has all the necessary equipment and space to allow the athletes to safely work out.

Giza said all CDC safety guidelines are followed at all times: everyone signs in for contract tracing purposes, has their temperature taken, wears a mask at all times and uses their own equipment. Balls and the turf are even sanitized between uses, Giza said.

“And luckily, with the indoor practices, they’re able to distance themselves from each other,” Giza added.

The new facility has also helped expand the program’s developmental league, where athletes 8-12 years old work with older athletes who are part of JSB to improve their baseball and softball skills.

Fennell said the older athletes are always “lining up” to be coaches for the developmental league.

“That’s one of the best things about it,” he said.

Stepping down as president last year kept Fennell up at night at first, he said, but he had nothing but positive things to say about how Giza, the rest of board and the coaches are doing during what could be considered the most challenging season in the program’s decade-long history.

“What we’re finding out is that we’re better than OK, we’re doing better than before,” Fennell said. “That’s a testament to the board members and the coaches.”

“They have elevated our programs immensely,” Fennell said of the two coaching directors. “They set a standard.”

For now, the league is on schedule to kick off its 10th season in March with the youth teams, while the older teams will begin after the high school season wraps up.