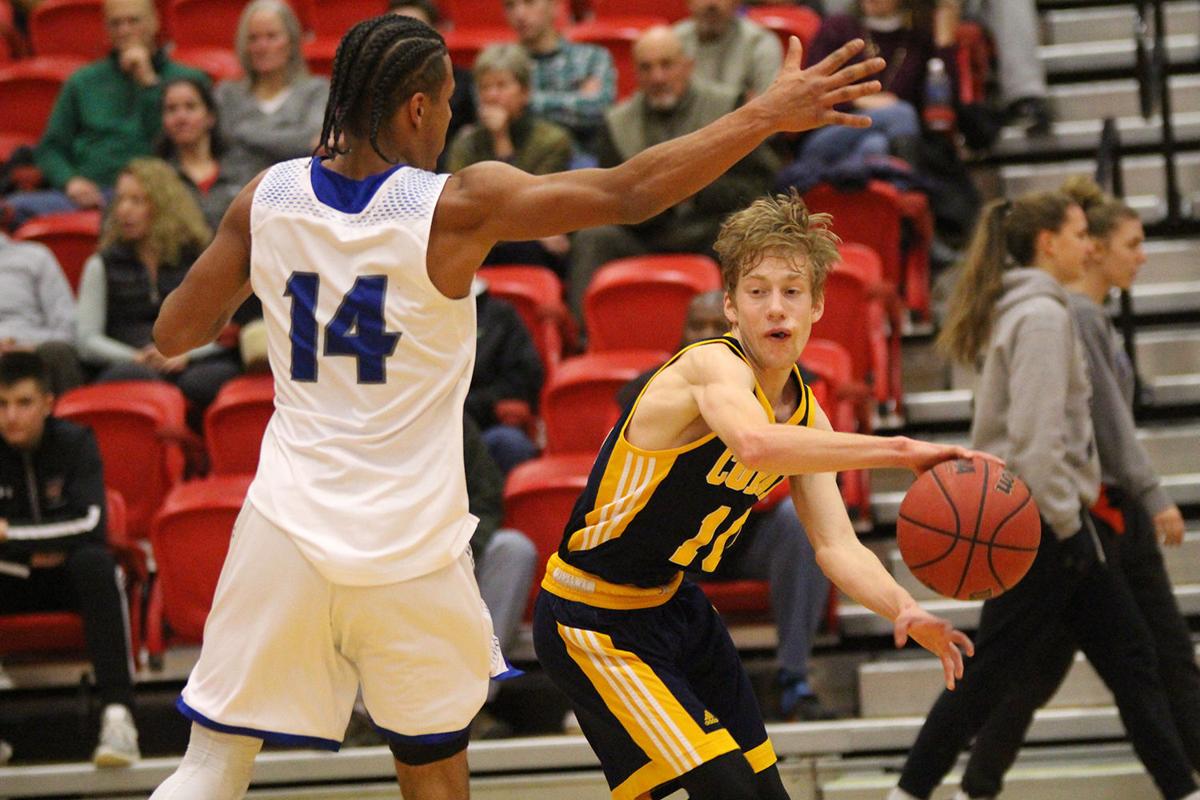 Ben Henry of ConVal tries to manuever a pass around a Murdock defender in the 2017 Boys’ Keene State College Holiday Tournament. 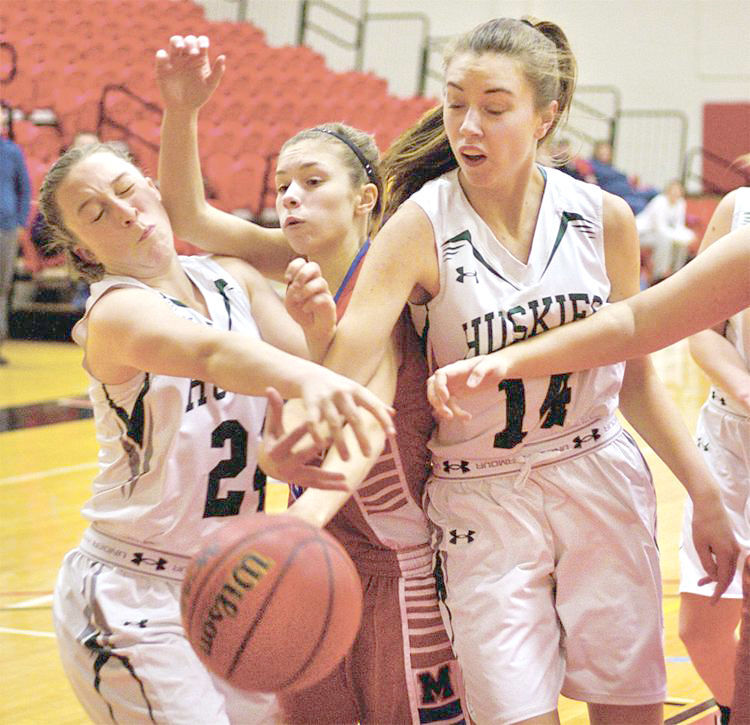 Monadnock players sandwich a Mascenic player while fighting for a loose ball during a 2016 holiday tournament game at Keene State College.

Ben Henry of ConVal tries to manuever a pass around a Murdock defender in the 2017 Boys’ Keene State College Holiday Tournament.

Monadnock players sandwich a Mascenic player while fighting for a loose ball during a 2016 holiday tournament game at Keene State College.

The Noyes Volkswagen Holiday Basketball Tournament — a staple for high school basketball in the Monadnock Region and held at Keene State College over the last two decades — will no longer be run, Phil Hebert announced in an email to coaches and athletic directors Friday.

Hebert, a former basketball coach at Keene High and Keene State, started the tournament in 1997 and has been running it ever since.

“I want to thank all coaches, athletic directors and especially the players who have played in our tournaments over the years,” Hebert said in the email. “I will miss all of you and the strong relationships we have made over all these years.”

The decision comes as the NHIAA adjusts its winter sports schedules to start the regular season a few weeks earlier, which would be about when the holiday tournament normally runs, said Keene athletic director Mike Atkins.

Another factor in the decision is the uncertainty of fans that comes with the COVID pandemic, said Ryan Cain, Keene State’s men’s basketball head coach who has played had a big part in running the annual tournament.

During normal years, the tournament, which was run as a fundraiser for Keene State athletics, brought in a “razor-thin” margin of profit, Cain said, and without fans, the fundraiser would almost certainly be run at a loss.

The tournament started as an eight-team tournament, grew to 24 teams, and eventually settled on 16 teams, including teams that would come from out of state to compete.

Coaches were calling Hebert all the time, he said, and the waiting list to get in the tournament kept growing.

Hebert said the draw was that the tournament was a “premier tournament” with top-tier facilities at Keene State that gave each team a separate team room, practice facilities and everything else the student-athletes needed to succeed.

Even the referees were top-of-the-line, and they wanted to specifically officiate this tournament, Hebert said.

“Everything was done, in my estimation, in first class,” Hebert said.

The competition at the tournament was always high-level as well, another reason for its success.

Not only that, but it gave student-athletes, and their families, the opportunity to compete, and watch the games, locally, rather than having to travel across the state.

“It was a great community event, great local event,” Atkins said. “It was nice to see kids who had grown up together … get to compete against each other.”

Atkins said there are currently no plans to find another holiday tournament for the Keene High basketball teams to compete in, although he is open to the idea if he can find one that fits the school’s regular season schedule.

Atkins and Cain both expressed their appreciation for the tournament throughout the years, recognizing the positive impact that it has brought to the basketball community and crediting Hebert for putting the whole thing together.

“We’d be remiss if we didn’t give Phil a shoutout for … making it what it was,” Cain said.

Cain and Hebert both mentioned that, although the tournament will not be run for the foreseeable future, there may be a chance to bring it back sometime down the road.