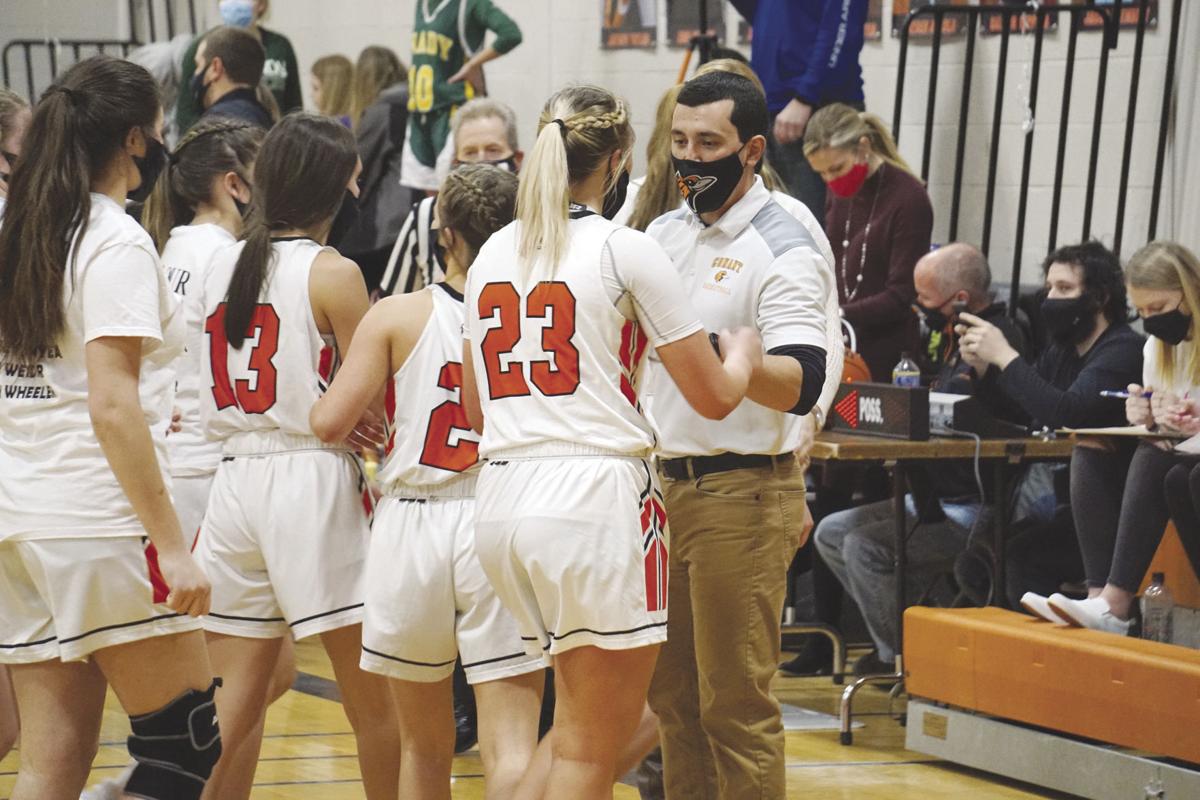 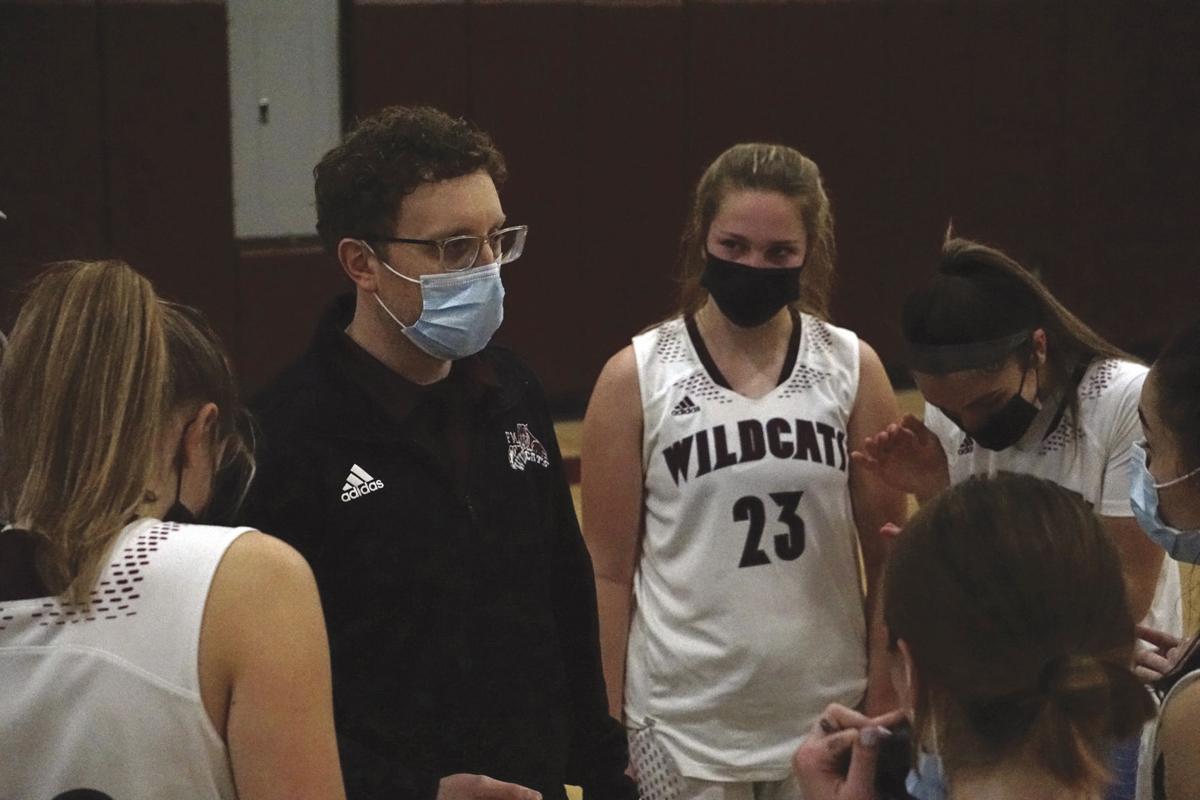 Fall Mountain girls basketball coach Matt Baird-Torney talks to his team after the Wildcats' win over Stevens in the NHIAA quarterfinal round on March 7 in Langdon. 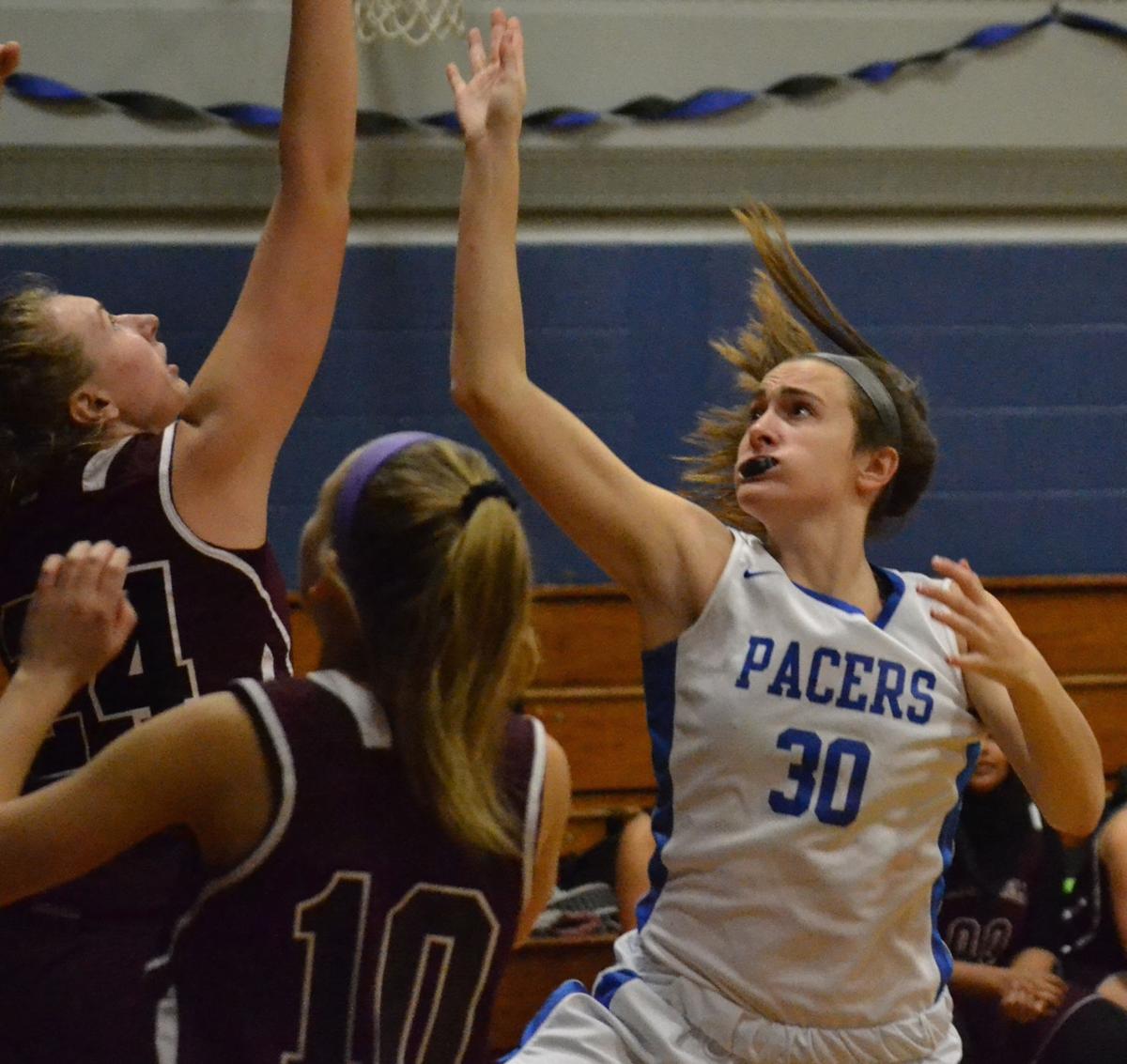 Hinsdale senior Angelina Nardolillo, shown here in a 2019 file photo, leads the Pacers with 21.4 points per game during the 2021 regular season.

Fall Mountain girls basketball coach Matt Baird-Torney talks to his team after the Wildcats' win over Stevens in the NHIAA quarterfinal round on March 7 in Langdon.

Hinsdale senior Angelina Nardolillo, shown here in a 2019 file photo, leads the Pacers with 21.4 points per game during the 2021 regular season.

As the NHIAA girls basketball postseason continues, the Monadnock Region finds three of its teams in their respective divisions’ final four … again.

All semifinal match-ups are today. Division 3 plays at Trinity High School in Manchester and Division 4 plays at Plymouth High School.

Let’s take a look at each match-up:

In the first of the two Division 3 semifinal match-ups Thursday, the Fall Mountain girls basketball team faces Newfound, which brings back a very similar team as last year when they also made the final four.

Junior Paulina Huckins (13.7 ppg) and sophomore Malina Bohlmann (12.2 ppg) have led the way for the Bears all year long.

Huckins, a 5-foot-11 center, could create some chaos in the paint, especially against a much smaller Wildcats team.

So, it’ll have to be defense by committee, said Fall Mountain head coach Matt Baird-Torney.

But that could open up the outside shot, where Newfound has seniors Tiffany Doan (8 ppg) and Bailey Fairbank (6.4 ppg).

Newfound’s strength, Baird-Torney said, has been using the outside shot to make teams pay for helping out in the post.

The Bears normally play a strong zone defense, which is something the Wildcats can use to their advantage by finding their own perimeter shot, Baird-Torney said.

“We’re not big, but we can shoot, and we have a lot of scoring options,” Baird-Torney said. “We’re unselfish.”

The team feels prepared for the match-up, its third consecutive semifinal appearance.

“I think we’re all really excited and ready and prepared,” Stewart said.

Thursday will be the first time the Wildcats get to play in front of a real crowd all season. Roughly 60-70 fans will be allowed into Trinity High School’s gym for the semifinal games, about 50-60 more people than Fall Mountain has played in front of at any game this year.

It adds to the importance of getting off to a hot start and feeding off the crowd’s energy, Baird-Torney said.

“For the girls, they’ve always been really good about putting up a bubble around our team and just focusing on what we’re doing on the court,” Baird-Torney said.

Even though half of the crowd might be cheering for the other team, the Wildcats hope to use that added energy in a positive way.

“I feel like most of the time, we just end up creating our own energy as it is,” said senior Makenna Grillone. “So, when fans are added into the situation, we’re just going to be pretty energized.”

And, for the seniors who haven’t had the chance to play in front of their parents all season, Thursday’s crowd will feel extra special.

“Having our parents there for possibly the last game means a lot,” said senior Morgan Beauregard. “Because they’ve been here since the very start of our whole career.”

The Conant girls basketball team takes on Campbell in the other Division 3 semifinal at 7 p.m. It’s a rematch of last year’s quarterfinal which Conant won 59-53.

“They gave us one of our toughest tests last year in the quarterfinals,” said Conant head coach Brian Troy. “So, we know it’s a tough challenge ahead but we’re going to be ready to go from the opening tip.”

The Cougars’ three leading scorers were all on that quarterfinal team a year ago. Seniors Tori Allen (15.1 points per game), Karleigh Schultz (12.6 ppg) and Riley Gamache (6.1 ppg) have led the way all season long.

“Their trio of Gamache, Schultz and Allen is really a tough combination,” Troy said. “The girls know that, and I think we’re prepared for anything they throw at us.

“Campbell is a really good team, they’re really well-coached,” he added. “We have a lot of respect for them, and we know not to take any team lightly at this stage in the game.”

Conant, as they have been all season, will be led by senior Elizabeth Gonyea (17.4 ppg) and sophomores Brynn Rautiola (13.6 ppg) and Emma Tenters (11.9 ppg), who scored a career-high 25 points in the opening round win over Monadnock.

The Orioles are cautiously confident, Troy said, and he reiterated that the team has bigger plans for this season.

“I think the girls are just excited,” Troy said. “They have that same hunger we had last year.”

It’s going to be a different atmosphere than what the team is normally used to in a semifinal game. The crowd will be limited, although there will be more fans allowed into the gym compared to any other game this season, and the neutral site can be a factor, Troy said.

But the key to earning a spot in the team’s second consecutive title game is simple.

“If we come out and play our game, we’re in good shape,” Troy said.

And the team is ready for the challenge.

“They’ve been able to kind of mentally block out what’s going on and been really focused on the task at hand,” Troy said. “They really want to make something special happen, and they’re really determined to do that.”

In the Division 4 semifinals, the Hinsdale girls basketball team takes on Newmarket at 5 p.m. at Plymouth High School.

The return of 6-foot senior Angelina Nardolillo (21.4 ppg) this season has added an extra element to both ends of the court that was missing from the team last year.

“As far as match-ups go, the thought is, what are they going to do against Angelina?,” Bonnette said. “We’ll have to know that early in the game and do what we can do to combat that.”

Newmarket made it to the quarterfinals in last year’s tournament, losing to Woodsville by two points.

Woodsville went on to beat Hinsdale in last year’s semifinals.

The key this year, Bonnette said, is taking care of the basketball and playing sound defense without picking up too many fouls, which was a problem for the Pacers early in their quarterfinal win over Derryfield last Sunday.

Every team wants to peak at the end of the year, and Bonnette feels like that’s exactly what the Pacers are doing.

“They’re tiring of practicing and they want to play, so we’re ready to go,” he added.