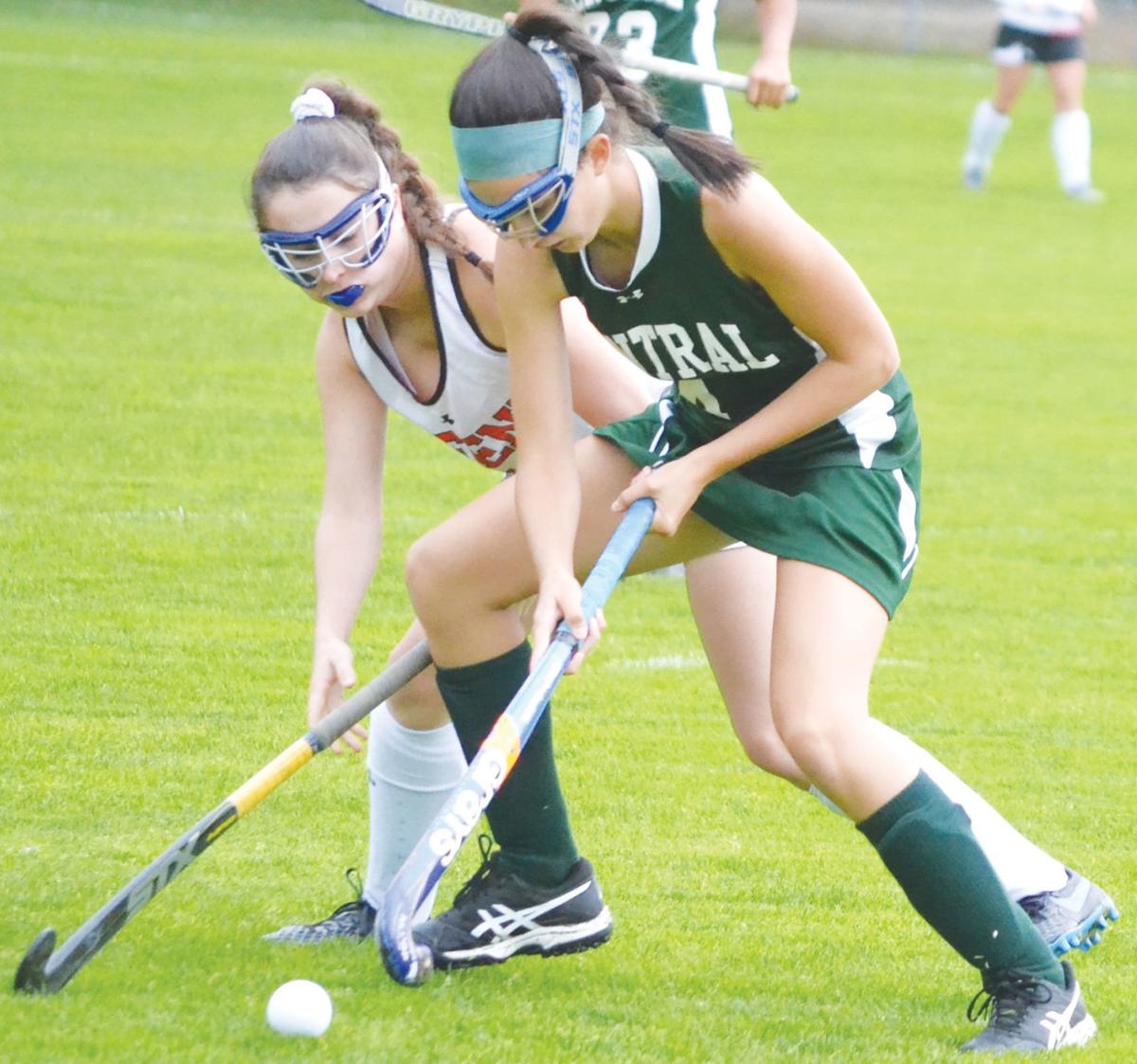 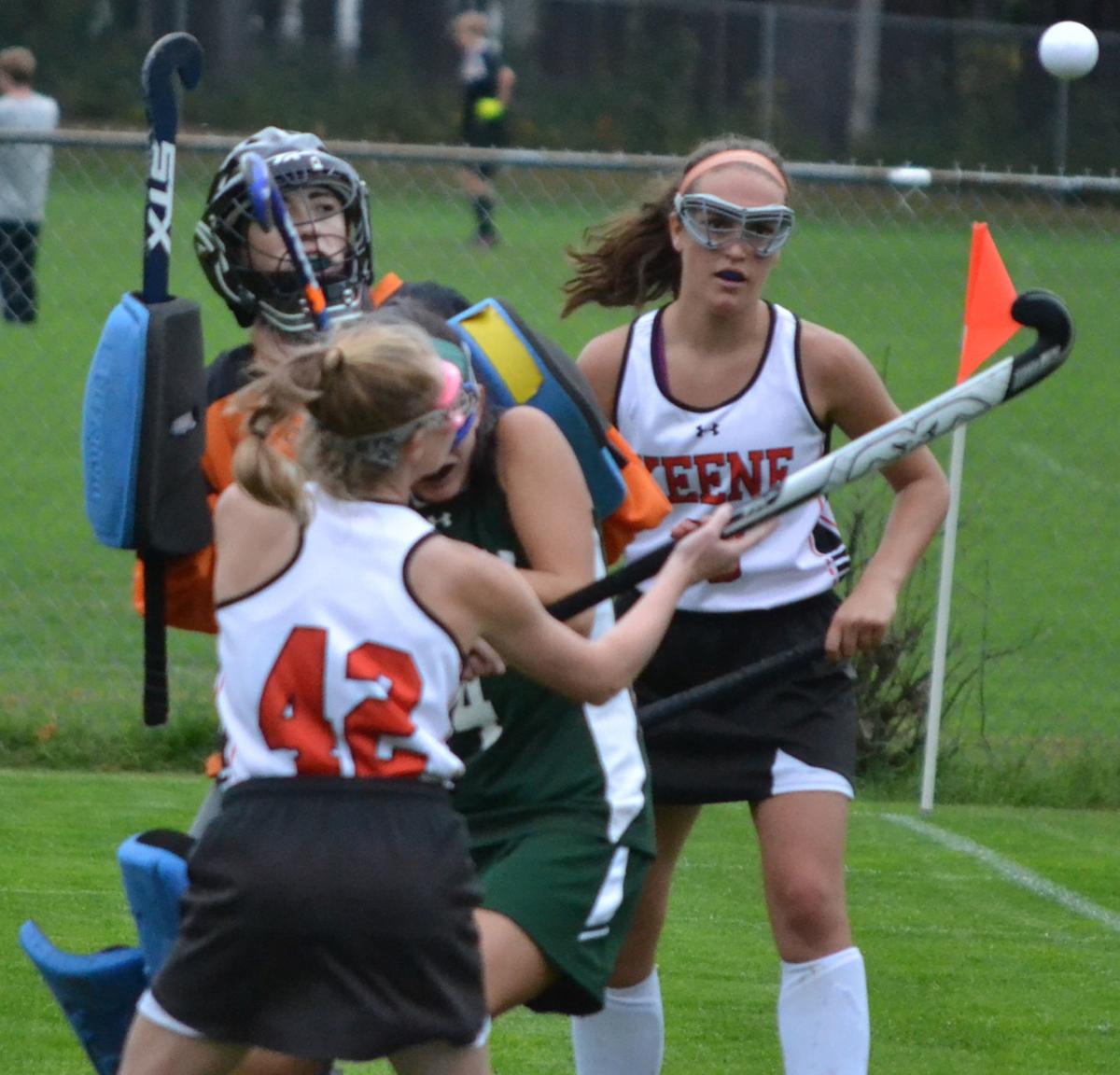 The Keene High field hockey didn’t come away with the win Wednesday at Scripture Field against Manchester Central.

But it did come away with, in senior back Aubrey Mitchell’s judgment, a “good loss.”

“I think we played really strong throughout the whole game,” Mitchell said. “I would call this a very good loss of our not-so-good losses.”

The Blackbirds’ (3-6) 1-0 loss at the hands of the Little Green (3-5-1) marked their fourth straight loss, and their third shutout in that span. They next host Concord Friday at 4 p.m.

On the flip side, however, it was the team’s best defensive performance, in terms of goals allowed, in any of its losses this season.

“We’ve been in this little bit of a losing streak, and we really had some goals that we set for ourselves today,” Keene Coach Michelle Tiani said. “Unfortunately we lost, but we felt like we really met those goals today.

Tiani added that those goals were “just some more communication (issues); full effort throughout the entire game; lots of talking, lots of positive chat; really working on our passing. I think we saw those things throughout today.”

Keene controlled possession for most of the first half, with its midfielders keeping the ball on Central’s side while the defenders quickly squashed any semblance of a Little Green attack.

This control showed through in the final stats, as the Birds finished with eight shots on goal to Central’s five and eight penalty corners to the Little Green’s three.

But Central came out with a strong push to start the second half, applying more consistent pressure on Keene’s side of the field.

Midway through the half, a single defensive breakdown by the Birds allowed the Little Green’s Cat Jones to find the back of the net, courtesy of an assist from Emma Dudley.

“I think it was honestly communication,” Mitchell said. “We lost two senior defenders last year [Chloe and Grace Finch] that I’d been working with for three years, so this is a new group. I think we’re doing very well, but I think there was just a mix-up in communication on that one goal.”

Now trailing, the Keene offense came firing back, and put together several strong pushes at the net. This included one sequence where it drew back-to-back penalty corners and produced at least three shots on net.

But nothing the Birds did could get past Central goalie Julia Pariseau, who finished with eight saves for the shutout win. On the other side, Livy Auger recorded four saves for Keene.

“She was strong,” Tiani said of Pariseau. “She’s big, aggressive, really tall, super athletic in there and was stopping a lot of our shots.

“There’s some great goalies in our division, and we have come up against a lot them. We almost always outshoot our opponents, and just can’t get them to go in.”

As a relatively young team with a small supply of bench players, the Birds look ahead to their future games with the same improvement-based goals in mind.

“I think we’re gonna use this loss and really push for the next game,” Mitchell said. “We’re gonna use what we learned in this game in our practices and our future games. All we’re gonna do is go up from here.”