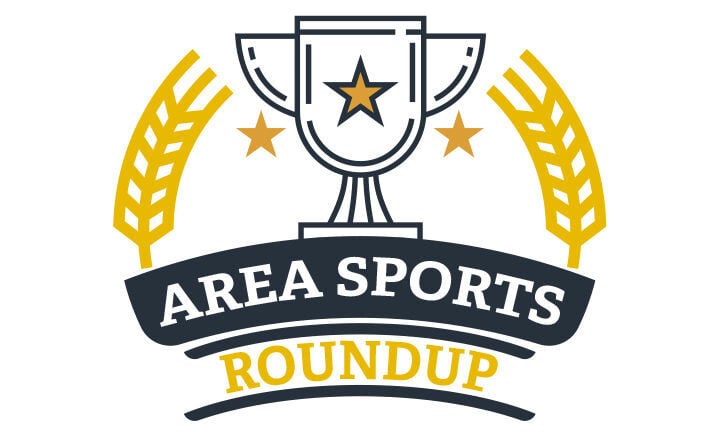 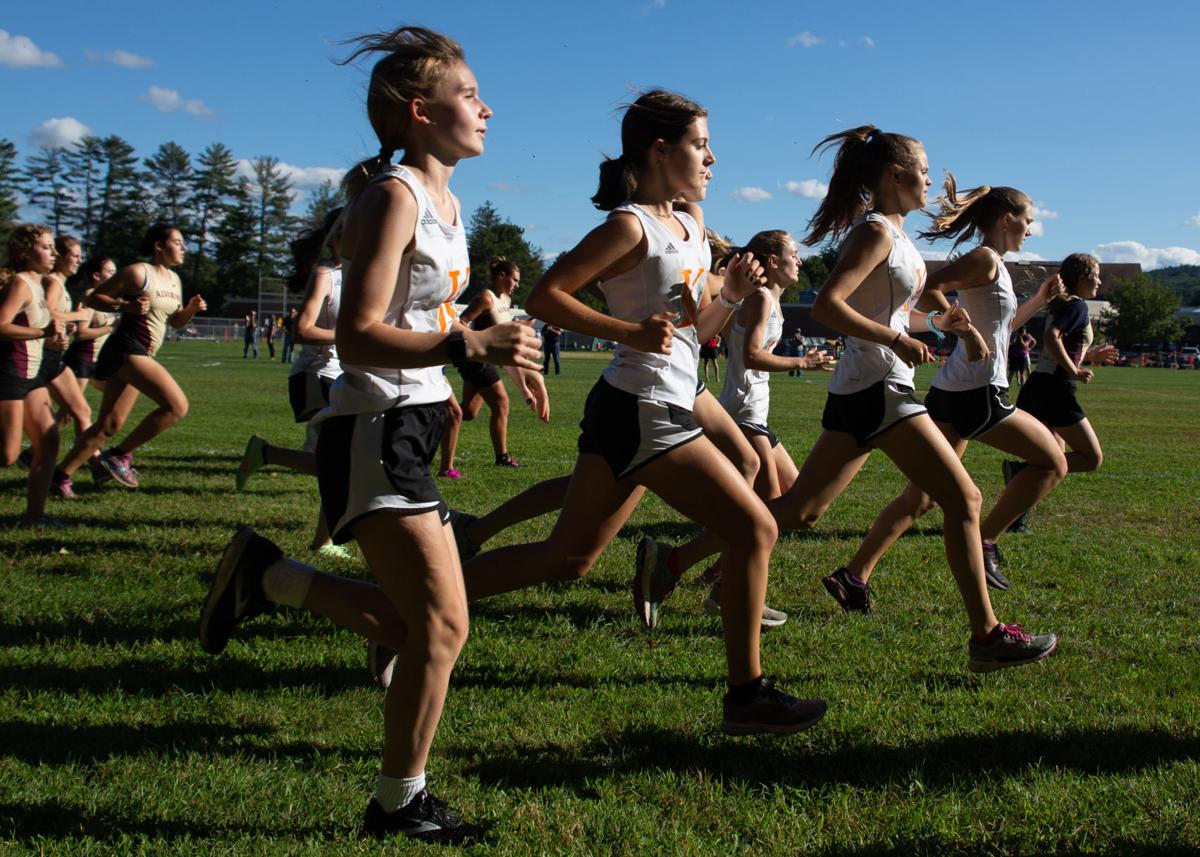 From left, sophomore Kelly Ranta, senior Abby Martin, senior Sofia Guardiano, and sophomore Ella Hoy of Keene High take off from the starting line at the beginning of their home cross country meet against Alvirne at Keene High on Tuesday.

From left, sophomore Kelly Ranta, senior Abby Martin, senior Sofia Guardiano, and sophomore Ella Hoy of Keene High take off from the starting line at the beginning of their home cross country meet against Alvirne at Keene High on Tuesday.

Sofia Miller scored both goals in the Keene High field hockey team’s 2-1 win over Nashua South Tuesday in Keene, including the game-winner with six minutes left in the game.

Eliza Ballaro, Kaylyn Trubiano and Claire Stroshine each had an assist in the win.

Keene (3-1) has now won three in a row and travels to face Winnacunnet Thursday at 4 p.m.

The Blackbirds were down two starters to injury, but still kept Hanover’s offense at bay until the Marauders scored with three minutes to go in the first half.

The score was at 1-0 until the 70th minute when Hanover doubled its lead after Keene put a second striker forward to try and equalize.

“That just left us vulnerable in the back,” Schmidt said.

Caz Couble made 10 saves in net for the Blackbirds, and Will Carlisle and Christian Hennessey played strong defense on the back line.

“We just have get back to work and keep closing the gap,” Schmidt said.

The Keene cross country program made the most of its only home race of the season Wednesday, as the girls swept the top four spots and the boys took the top three spots against Alvirne.

The girls beat Alvirne, 16-43, just missing out on the best possible cross country score of 15-50.

Kindopp’s time was just four seconds off the course record.

Both the boys and girls will next race Saturday at the Great Glen Invitational at Mount Washington.

SWANZEY — The Monadnock boys cross country team placed two in the top five at Tuesday’s Monadnock Meet, but the Fall Mountain boys stole the show, taking first place in the seven-team meet with a score of 38.

Mascenic boys placed second with 65 points an Monadnock was third with 80 points.

Conant took first place in the girls race, placing three in the top six and five in the top 11.

The Monadnock girls team only raced two runners Tuesday, so did not score as a team, but took two of the top three places anyway. Alyssa Hall (20:40) won the race and Anna Bentley (21:23) finished third as the Huskies’ only two runners in the girls race.

WALPOLE — Fall Mountain’s Mitchell Cormier led all medalists with a score of 26, but Gabe Hill and the Monadnock golf team beat Fall Mountain, 57-54, Tuesday at Hooper Golf Course in Walpole.

Hill finished with 17 points for the Huskies — tied for third among all individuals. Alden Gibson and Anthony Poanessa each had 15 points and Cam Olivo scored 10. Nate Johnson finished with seven points and Mat Warner rounded out the scoring for six points.

Cormier led the Wildcats with his 26 points and Cameron Fry placed second on the team with 16 points. Jon Grenier scored seven, Drew Buswell scored five, and Jacob Hearne and Camden Fuller each scored one.

Trinity College, ranked No. 19 in the Penn Monto/NFHCA Preseason Poll, scored three times in the opening 12 minutes and rolled to an 8-0 win over the Keene State College field hockey team Tuesday night in the first of four consecutive home games for the Owls over the next week.

Keene State goalkeepers Molly Edmark and Victoria Watson combined to make 14 stops — seven each — but Trinity had too much offense and far too many penalty corner chances for the Owls to weather over the 60 minutes as they dropped their third straight to open the season.

The Bantams, meanwhile, continued their stretch of regular season non-conference wins. They have not lost such a contest since 2015.

Trinity had six different players score in the contest, including three in the opening quarter as they built a 3-0 lead.

Edmark, who played the first half in the KSC cage, made four stops in the second quarter, but the Bantams were still able to add to their lead when Caelin Flaherty scored in the 27th minute, the first of her two goals on the evening.

Watson made six saves in the third quarter and seven overall in her 30 minutes of action. Edmark took the loss, but has made 17 saves in her two appearances at home this season.

FPU men’s soccer ranked No. 3 in the nation

The Franklin Pierce University men’s soccer program team is ranked No. 3 in the latest United Soccer Coaches National Poll. The Ravens moved up two spots after being ranked No. 5 in the preseason poll last month.