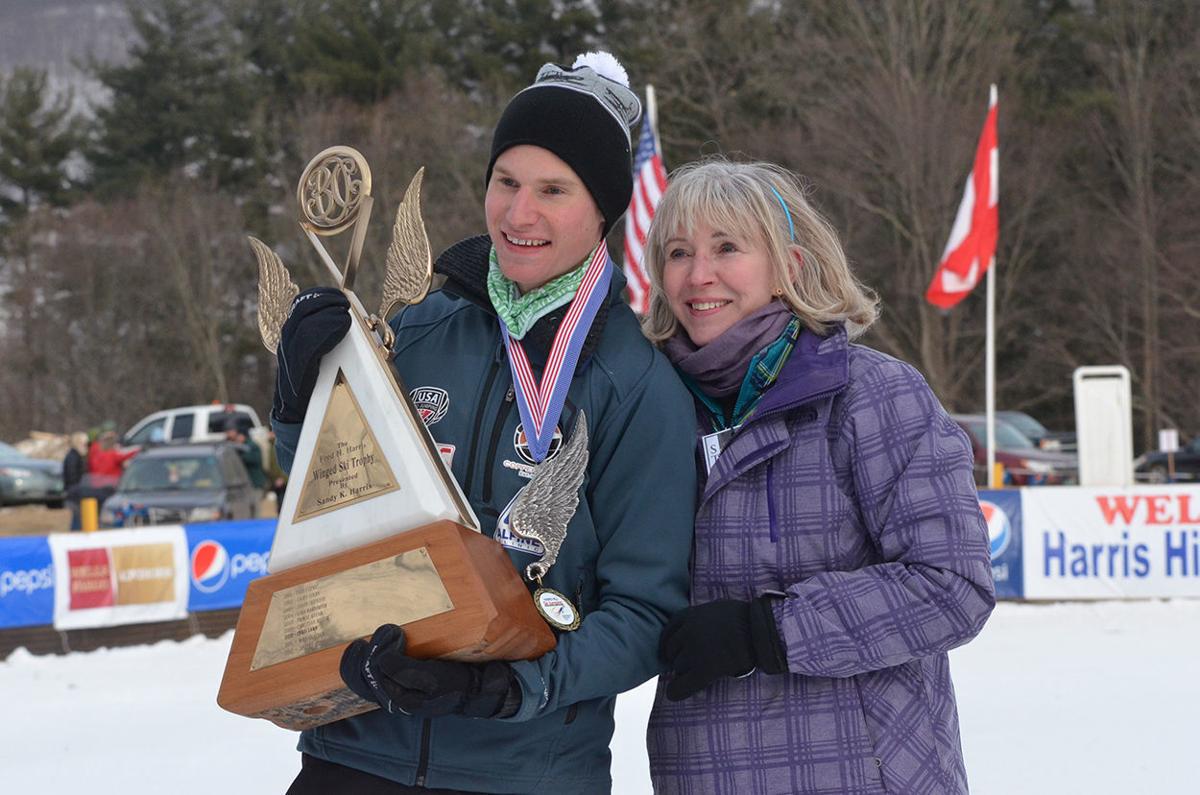 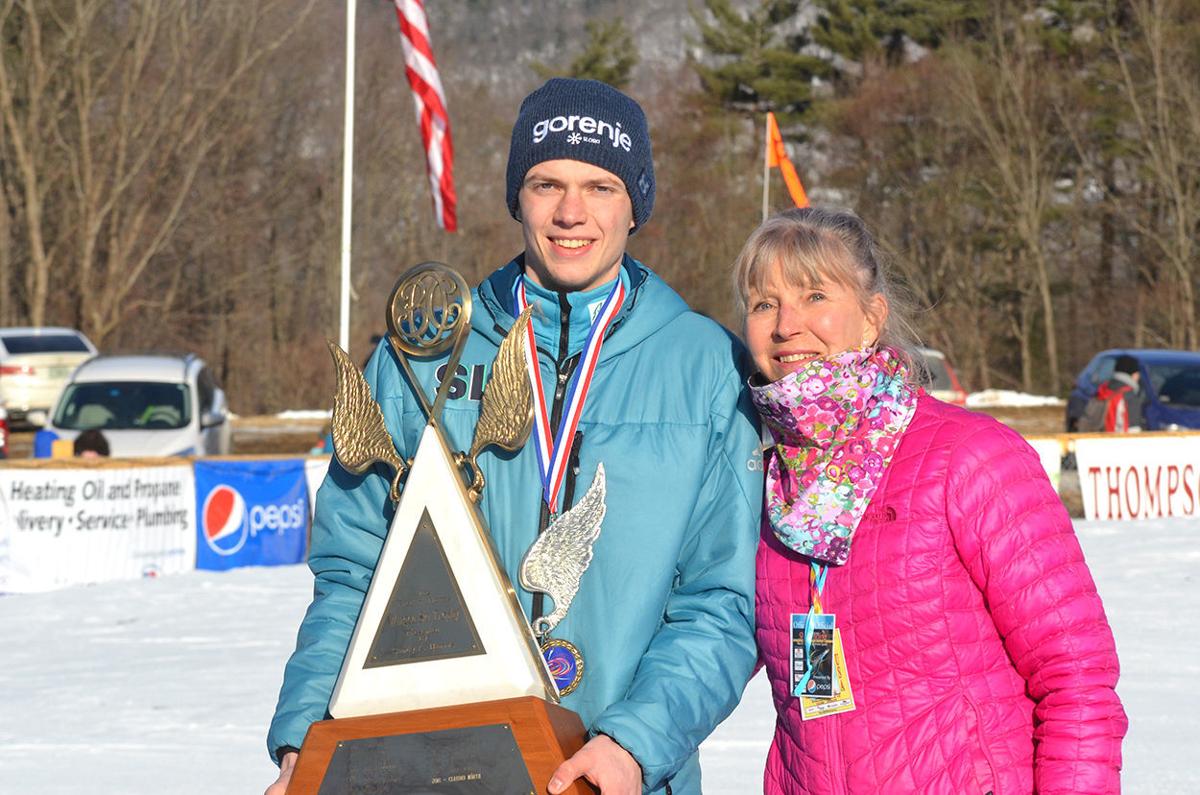 Blaz Pavlik shows off the Winged Ski Trophy after his second in the Fred Harris Memorial Tournament ski jumping last year. He is pictured with Harris’s daughter Sandy. Top photo,

Blaz Pavlik shows off the Winged Ski Trophy after his second in the Fred Harris Memorial Tournament ski jumping last year. He is pictured with Harris’s daughter Sandy. Top photo,

BRATTLEBORO — A pair of two-time Harris Hill Ski Jump winners are set to compete for a trophy-retiring third victory at New England’s only Olympic-size venue Saturday and Sunday.

Marlboro College graduate Chris Lamb, winner in 2010 and 2013, and Blaz Pavlic of Slovenia, winner in 2017 and 2019, will be among the 26 male and nine female athletes from North America and Europe slated to leap off the 90-meter hill. It’s one of just six of its size in the country.

Since its start in 1922, the annual Harris Hill event has attracted several thousand spectators who watch jumpers shoot at speeds of 60 mph before soaring more than 300 feet in the air.

Only five jumpers in the venue’s nearly century-old history have retired its Winged Ski Trophy by winning it three times — Torger Tokle of Norway in 1942, his brother Arthur Tokle in 1951, Art Devlin of Lake Placid, N.Y., in 1957, Hugh Barber of Brattleboro in 1974 and Vladimir Glyvka of Ukraine in 2000.

Harris Hill boasts a snowmaking system, so the program will take place regardless of ground cover in surrounding areas.

Gates will open each day at 10 a.m., with practice jumps taking place before competition begins at 12:15 p.m.

The family event offers food and beverage vendors, a bonfire, music, tailgating and appearances by Jumper, the cow mascot.

Harris Hill is on Cedar Street in Brattleboro. It’s run by hundreds of community volunteers and paid for by ticket sales, donations and sponsors including Pepsi, The Richards Group, Mount Snow, NorthStar and Brattleboro Savings & Loan.