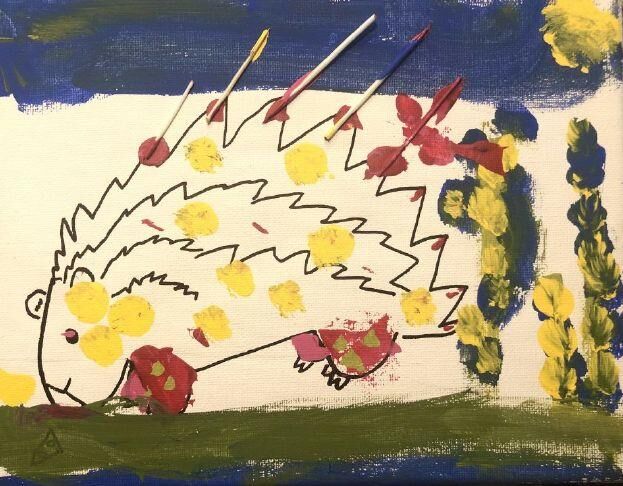 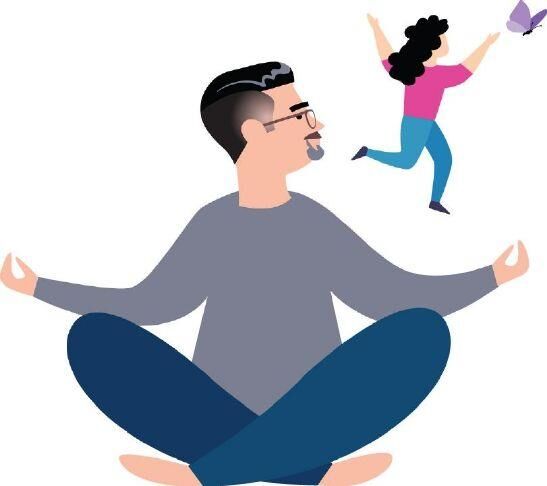 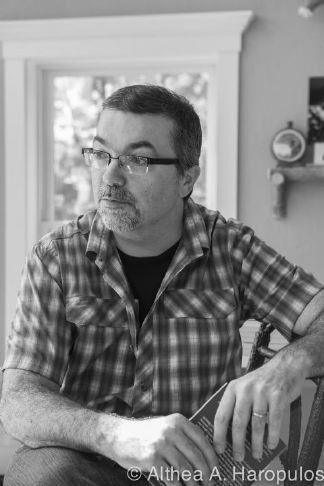 Dan Szczesny is a long-time award-winning journalist and writer who lives with his wife and energetic daughter in New Hampshire. Learn more about Dan's adventures at danszczesny.com.

Dan Szczesny is a long-time award-winning journalist and writer who lives with his wife and energetic daughter in New Hampshire. Learn more about Dan's adventures at danszczesny.com.

We came upon a dead porcupine recently ... freshly expired most likely, the poor fellow well preserved but still soft, his brown and tan quills swaying in the forest breeze.

My daughter had never seen a porcupine up close and it's in her nature to be drawn to new things in the natural world.

I'm usually more circumspect when it comes to discovering dead things — more cautious. Perhaps the little rodent was scared and just playing dead and would leap up as we drew near and bulls-eye us with a quiver of quills. Or perhaps his body would burst forth with a tornado of flesh-eating insects.

But on this hike, one factor was different from our normal excursions. On this hike, the lady of the house was with us. And my wife is afraid of nothing.

We were near the grown-in summit of Mine Hill in Auburn, New Hampshire, a small, pleasant walk in the woods to the remains of an old fire tower that once overlooked Lake Massabesic. Little Bean and I are slowly picking away at a hiking list of 100 fire tower locations around the state. On a hike up to Red Hill Fire Tower in Moultonborough last summer, a lookout up there christened her a Junior Fire Ranger and she’s taken that title to heart. So, even though we’d already been up this little hill, my daughter wanted to take her mother.

But the porcupine immediately became the center and soul of this hike.

The little fellow was intact, a small adult, half under some branches and twigs. We couldn’t see his head.

“Maybe he just got cold, daddy,” my empathetic daughter said softly. “Maybe he just couldn’t make it and laid down to take a nap.”

I carry a knife with me, but the porcupine was soft enough and my wife was able to pluck about a half dozen stiff quills from its back. Under my daughter’s watchful eye, we carefully tucked the quills into an empty granola bar wrapper.

“What can we do with them?” my daughter asked.

My wife smiled. “Lots of things, you’ll see.” She handed me the wrapper and I knew that next week’s earth science and history lesson was going to be all about porcupines. But I wanted the lesson to come from my daughter — I wanted to see what her interest in this creature might be. So, when we got home, we soaked the quills in soap and water.

“Ouch, daddy!” she called from the bathroom later that night. She had pricked her finger with a quill. “It’s like a needle! Is it a needle?”

So that’s where we began. What is a quill? How many are there? What are they for? What do porcupines eat? And my question to her, what can we use them for?

Over the course of the next few days, porcupines (from Latin, spine pigs) occupied our minds. The quills are modified hairs, formed into sharp, hollow spines. An adult porcupine can be covered in up to 30,000 different sized quills. They eat primarily the buds and twigs at the ends of branches, a habit that often results in the creatures falling out of trees and stabbing themselves with their own quills. But evolution has taken care of that. Porcupines are the only native North American mammal with antibiotics in its skin. If your skin is basically knives, it helps to be self-inoculated from injury.

But what to do with our quills? To answer that question, we cast our gaze in the direction of the indigenous people who came before us. To the Abenaki, and many of tribes, the quills were used for decorations, for baskets and mats, for tintacks and tunics. The hollow quills were even used to draw sap from trees.

When I mentioned to my daughter that the quills were sometimes used to draw, her eyes lit up. “Can we paint with them?”

So, we did. On a rainy weekday morning I covered our kitchen table with a drop cloth as my daughter selected the variety of colors and brushes she would use. The painting would be “official” she said, so we used an actual canvas.

I spread out the quills, and created a palette of colors for her to dip the quills into.

“What will you paint?” I asked her.

She looked at me like I was daft. “A porcupine, daddy!”

She outlined the creature with a sharpie, dipped her first quill into a red blob of paint and got to work. And so, in a warm kitchen, sipping milk and coffee, we honored the passing of a pointy, slow moving rodent in the best way we knew how, by giving him form and memory through art. By creating a connection both to the natural world where we live and to the native people who lived here before us. And by further exploring what the writer Mitch Albom calls “the deepest love and bond,” a parent and a child creating together.

She colored him with yellow and red spots, gave him a sky and ground. She created a bush for him to eat, and even painted a hunk of cheese.

Finally, she held up the quills, her fingers and the spines dripping with paint. “What do we do with these now, daddy?”

“Keep them, baby, make them part of your art so our porcupine will be with us forever.”

Using the paint, we sealed the real quills onto the canvas quills, each spine blending with a spine of her painted porcupine. We stepped back to consider her work.

“I think it’s done,” she said. “I think those quills are his superpower.”

A common rodent dies in the woods. A little girl memorializes its passing with art. A painting hangs in a father’s office. Death. Life. Forever.