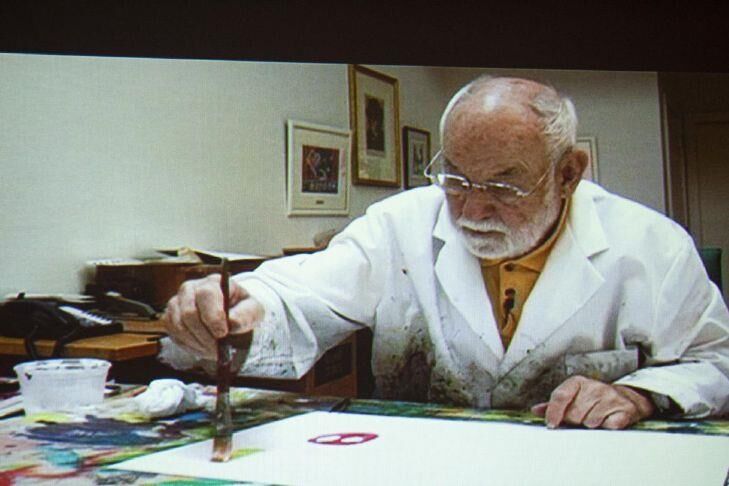 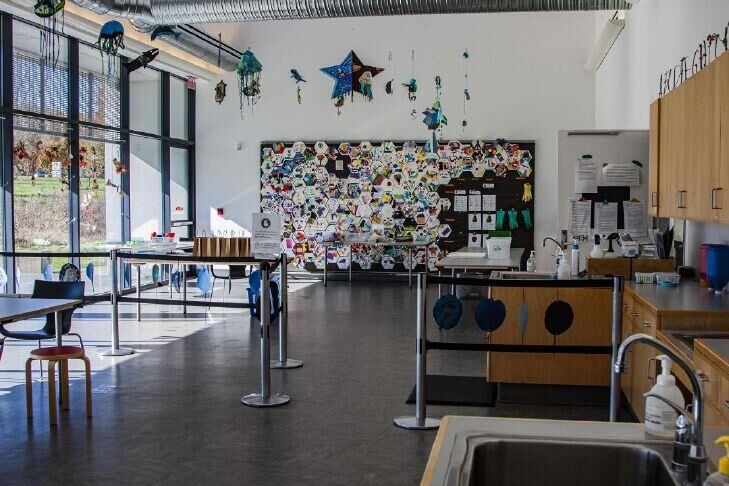 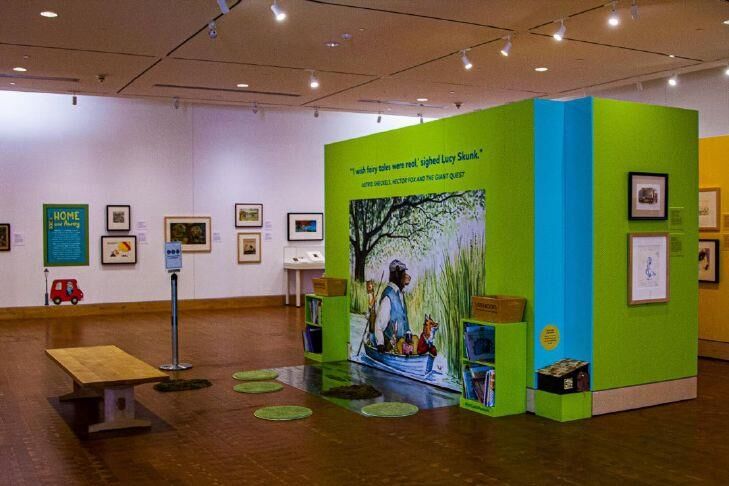 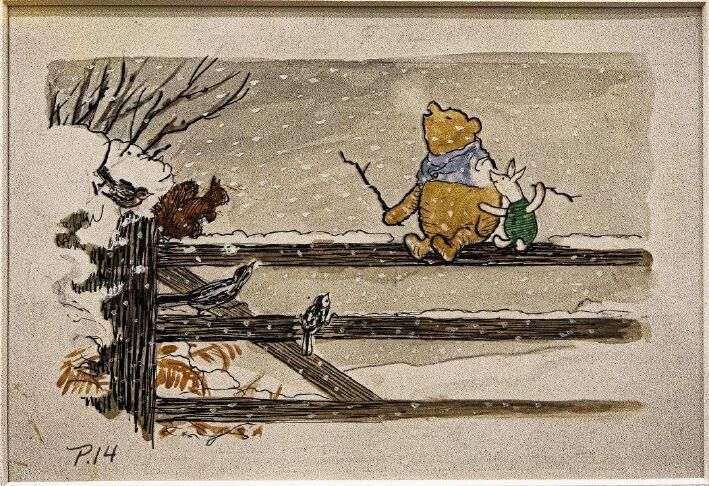 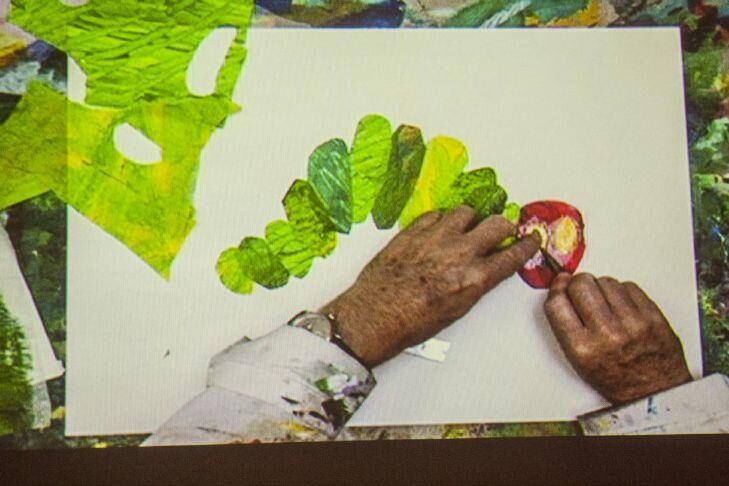 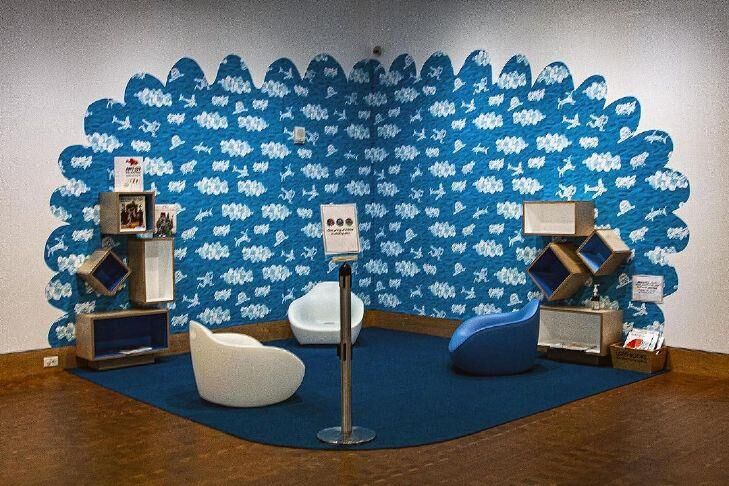 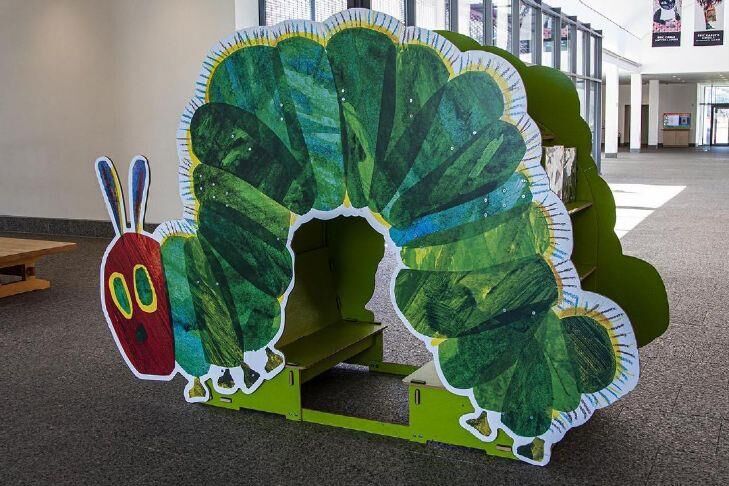 Some of our most recognized and beloved art rarely shows up on the walls of art museums. But these colorful and imaginative works, created to bring life to stories written for children, are often remembered long after the story itself is forgotten.

Winnie-the-Pooh immediately comes to mind, but a more contemporary character named The Very Hungry Caterpillar, created by artist Eric Carle, has also taken on a life of its own.

Eric Carle’s career as an artist has been largely devoted to educating and entertaining children through his art and the books he writes about his colorful characters; he has taken this a giant step further in the Eric Carle Museum of Picture Book Art.

Located in Amherst, Massachusetts, an hour’s drive from the Monadnock region, the bright, modern museum was created by Eric and Bobbie Carle in 2002. The Carles wanted a home for the characters Eric created, and also a place where viewers, particularly children, can see original art by other artists and writers of children’s books. That is what makes this place magical, not only for kids but for adults as well.

Working as a commercial artist, Eric Carle was recruited by writer Bill Martin, Jr., to illustrate a children’s book Martin had written called “Brown Bear, Brown Bear, What Do You See”. Carle’s approach was unusual: rather than drawing or painting his characters, Carle used collage as his technique. Brown Bear was immediately successful and Carle’s career as an illustrator was launched.

Soon, Eric Carle published his own first illustrated children’s book, 1,2,3, to the Zoo which was successful, but his next book, The Very Hungry Caterpillar, was wildly popular. It has sold more than 50 million copies around the world, bringing Eric Carle’s art to more than 150 million kids in more than 50 languages.

The characters Carle creates in his books come from an attention to nature that dates to woodland walks with his father when he was young. Walking in fields and woods, his dad was always pointing out insects and small creatures for him to examine, and the natural world they live in.

That fascination stuck with him for life and has directly influenced his work, bringing the magic of nature to children. The creatures he has introduced to his young audience include chameleons, (The Mixed Up Chameleon), fire flies (The Very Lonely Firefly), crickets (The Very Quiet Cricket), and a host of other animal and insect friends.

It may be difficult to picture using a collage of tissue paper as a means of illustrating a story about animals and insects, but Carle’s magic is demonstrated in an attention-grabbing film, Picture Writer, in the Museum’s Theater. Watching Carl work in his studio, it’s clear that he is having fun. Using paint, paper and tissue paper, Carle creates from a kaleidoscope-like reservoir of material that he then cuts, tears, trims, and assembles into his imaginative and colorful characters.

One of the museum’s galleries features Eric Carle’s own works, an opportunity to see some of his art up close and look into his creative process. Even if you are not familiar with his characters you will meet and befriend them here.

In an adjacent gallery, a further walk into the world of “Picture Book” art includes original art from classics such as Beatrix Potter’s tales of Peter Rabbit, and everybody’s childhood friend, Winnie the Pooh as created by artist E.H. Shepard. You’ll renew acquaintance with several generations of children’s literature in the works of Garth Williams, Maurice Sendak and many other artists whose work has enlivened and enriched “Picture Book Art.”

The Eric Carle Museum is a lot more than a place to see this art. Illustrated books are everywhere, as are comfortable places to read them. Every child entering the museum receives a kit of art supplies that include paper, paints, print making supplies and objects that can be used for making their own collages.

The museum has a bright, fully supplied studio where children can work with an art teacher to create their own works. The goal is to show how everyday objects – a sponge or a leaf – can be used to make colorful prints or be incorporated into a collage. Once children create here, they begin to see possibilities in things around them, inspiring their own imagination. Some of these young artists’ works decorate the walls and hang as mobiles.

As spring and summer approach, the Eric Carle Museum of Picture Book Art should be one the go-to list especially for parents with young children. While admission has been by appointment due to Covid, it is expected that the museum will soon open more fully. The studio has a terrace that becomes an outdoor workspace in warm weather.

Check their website for admission times, special programing with prominent artists and for information on the art studio: www.carlemuseum.org. The Museum is located at 125 West Bay Road, Amherst, Massachusetts, 413 559-6300.