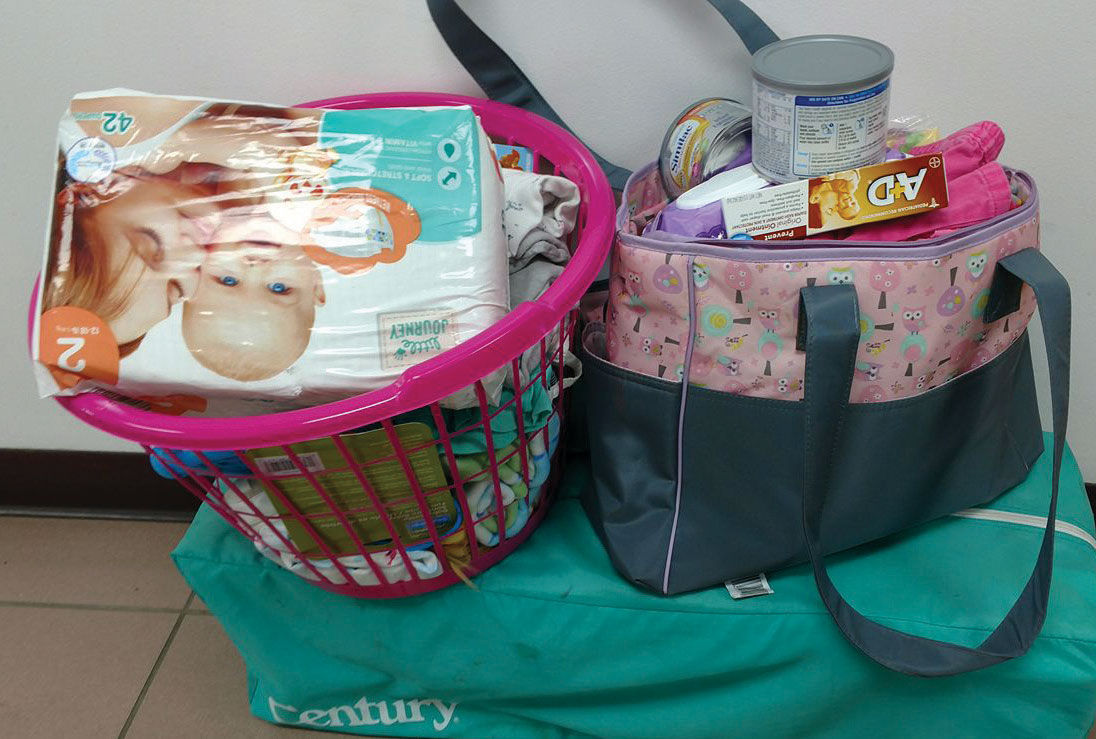 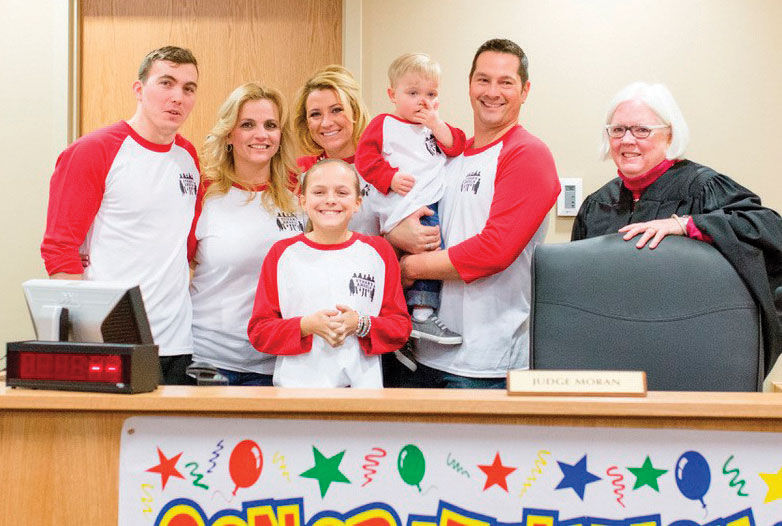 On its Facebook page, local group Moms on a Mission has the quote, “We can’t help everyone, but everyone can help someone,”– words from Ronald Regan. Over the last year, that is the attitude founder Dorrie Lynn Masten and a group of her fellow moms have embraced while putting together fundraisers and supply collections to benefit the greater community.

It all started with a plan to help The Community Kitchen in Keene before last year’s holiday season. Masten said at that point the kitchen was “in dire straits, and we got them I don’t know how many tons of groceries.” The supplies lasted from Thanksgiving through Christmas.

“The folks at The Community Kitchen were just so easy to work with and so grateful that after we did that, we just thought, ‘we need to keep going,’” she continued.

So, early in 2017, Moms on a Mission took on a cause that is near and dear to Masten’s heart – supporting foster families. A foster parent herself, Masten has welcomed more than 20 children into her home. She had a family take her in when she was younger and feels blessed that she’s able to do the same for other children now.

“The love that you give a child – once they leave, they leave with that love,” she described. She still sees the very first child she ever fostered in Keene. “He’s happy and he’s healthy and he’s thriving. To know that I was a little bit a part of that was pretty awesome,” she said.

In fact, that child now goes to the same daycare as Ethan, a little boy Masten fostered from the age of six months and recently adopted. Ethan just turned three and now has a family who adores him, but when he first arrived, his story was heartbreaking.

He had been physically abused and had several fractures, bruises and cigarette burns when he entered Masten’s care. During his initial time in her home, they made numerous trips to Dartmouth to see specialists who could help him heal.

“The saying, ‘The struggle is real’– it really is,” Masten said. “You take a child who’s broken and sad, maybe physically hurt, you take them in and you nurse them back to health, and you’re with them during the toughest time of their life.”

What can be even harder is having to let that child go back to his or her parents six months, a year or sometimes even two years later, even if you disagree with the decision. “The goal is always reunification,” Masten said. However, in severe cases, like Ethan’s, adoption is sometimes the end result.

On top of being difficult emotionally, foster parenting also requires a financial commitment. “It’s a pathetically paid job of like $12 a day or something, which is like a dollar an hour,” Masten said. Plus, expenses like going out to dinner with the family and birthday parties all factor in.

“It really costs money to foster. No one can make money off fostering,” Masten noted.

Even though it’s a tough job, she said, “We have a terrible, terrible need.” The number of children in the foster system has increased dramatically as a result of the recent prevalence of opioid use.

“We obviously have a severe crisis going on. The Monadnock Region is no different than across the state,” Masten noted.

There are currently only about 40 active foster homes in the region, and out of those 40, only a handful do not have children at the moment. Though more homes are needed, Masten said myths about fostering, like needing to own a home, be married or be part of a heterosexual couple, deter people from exploring the possibility.

“None of those things are true,” she said. “You can be whatever you want as long as you have the ability in your heart to love a child and you have an environment that’s safe for a child.”

But even after deciding to foster, a significant challenge people face is having the supplies they need to properly care for the children who end up with them. If all of a sudden, an infant needs to be placed, diapers, wipes, formula and many other supplies are needed. The same goes for a child of any age.

That’s where the Monadnock Foster Parent Association (MAFPA) comes in. Masten says the group is an amazing team of foster parents, retired foster parents, community members and N.H. Division of Children, youth and Families (DCYF) representatives who work tirelessly to collect goods and raise funds so they can provide foster parents with necessities when a child comes into care. They also make sure every foster child in the region gets a Christmas present.

In early 2017, Moms on a Mission ran a big fundraiser to support MAFPA and brought in approximately $30,000 in clothes, suitcases, supplies and donations. With Masten’s help, MAFPA has now set up a “store” that foster parents can access to get supplies as needed.

“Some of the reasons people don’t foster is because they think they’re not prepared,” Masten said. MAFPA is working to relieve that burden by providing resources.

Right now, the items they’re really in need of are winter clothes, like hats, mittens, jackets and boots. “You can never really have enough of those things,” Masten said. She welcomes people with items to donate to contact her at 313-4869, or they can reach out to Bernie Beaulieu of MAFPA at 876-4515.

People can also show their support by attending MAFPA’s annual auction on Saturday, Oct. 28, at the Marlbrorough School in Marlborough. The auction, which includes gift certificates, gift baskets and a variety of other items, begins with a preview at 1 p.m. and bidding at 2 p.m. There will also be soups, stew, chili, snacks, desserts and drinks available for purchase. All proceeds will be used to benefit area foster children, and donations are welcome.

Moms on a Mission is also getting ready for a big event. On Dec. 2, they’re leading a blood drive with the American Red Cross due to the high level of need right now. The Red Cross typically sees around 25 new donors per drive, so they’ve issued a challenge this time for Moms on a Mission to get 60 new donors.

To learn more or to get involved with Moms on a Mission, visit the group’s Facebook page at facebook.com/MOMSKeeneNH.

“We welcome any caregivers. There’s certainly no rule that you have to be a mom,” Masten said. Though the group originally started with just a few moms looking to help out, as she described, “It’s turned out to be something beautiful.”

Masten is happy to talk with people who may have questions about fostering. Anyone interested in becoming a foster parent can contact local DCYF resource worker, Kevin Dremmel, at 800-624-9700, ext. 789.