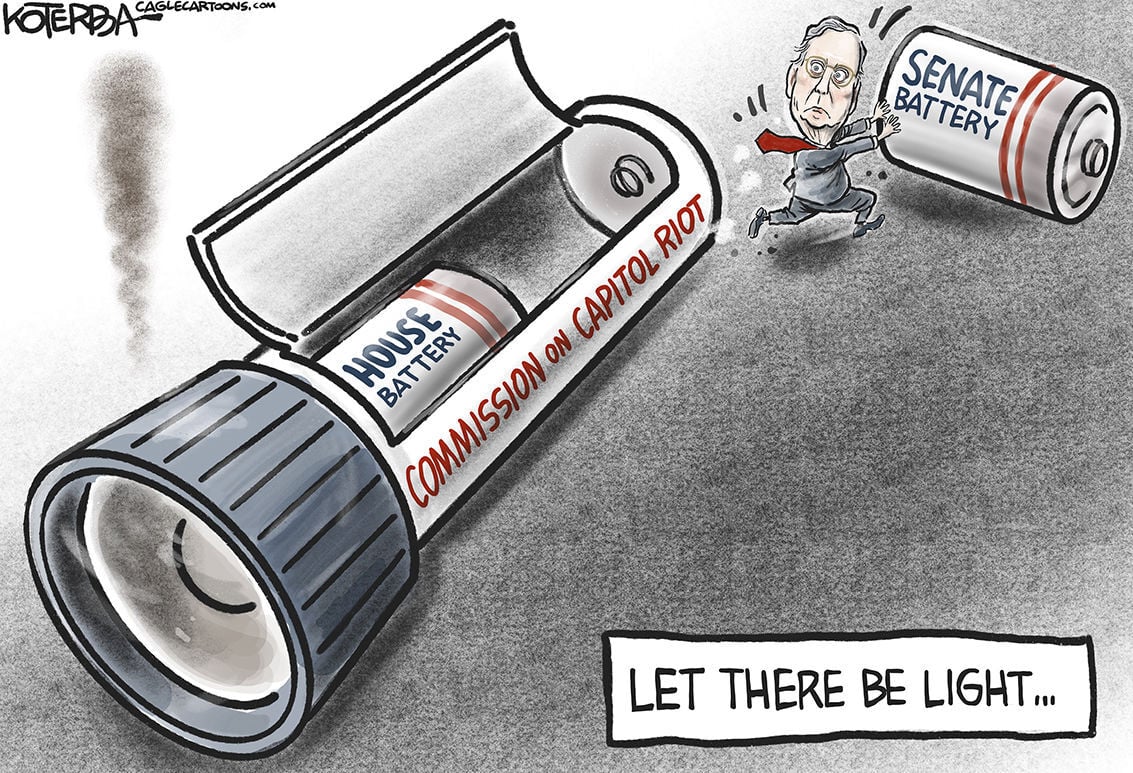 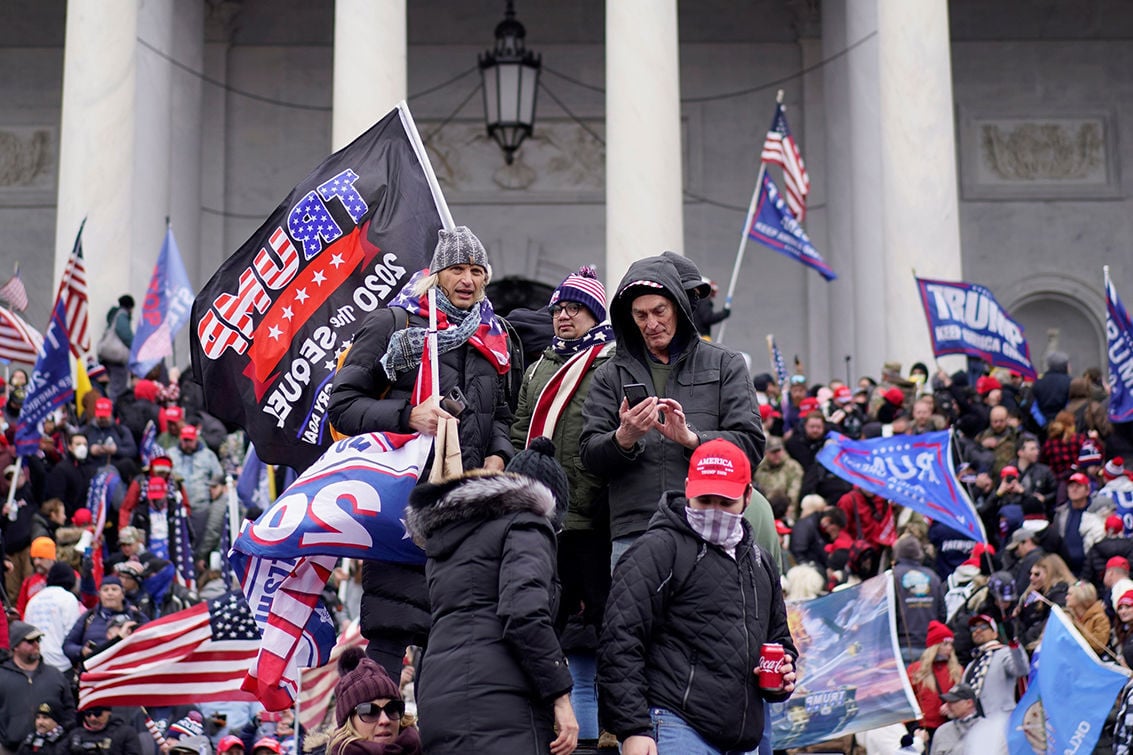 A pro-Trump mob stormed the U.S. Capitol on Jan. 6. Most Republicans in Congress aren’t interested in investigating the siege.

A pro-Trump mob stormed the U.S. Capitol on Jan. 6. Most Republicans in Congress aren’t interested in investigating the siege.

It may seem impossible to imagine now, but there was a time not long ago when Kevin McCarthy and Mitch McConnell were angry with Donald Trump.

It was just after the invasion of the Capitol by a pro-Trump mob on Jan. 6.

“The president bears responsibility,” McCarthy, the Republican leader in the House, said back then.

“The mob was fed lies,” McConnell, the Senate Republican leader, said. “They were provoked by the president.”

That was then; this is now.

Last week, McCarthy and McConnell joined forces again — but this time it was in an effort to protect Trump from the indignity of facing a bipartisan investigation into the events of Jan. 6, including the former president’s encouragement of the mob.

What turned the GOP’s understandably furious leaders of January into the meek, evasive men they are today?

Donald Trump, of course. After a few months of relative silence, the former president has re-emerged as the GOP’s dominant national figure, mostly by attacking any dissident Republican rash enough to defy him. Last week, Trump denounced the idea of a Jan. 6 commission as “a Democrat trap.”

And polling shows he’s got most GOP voters firmly on his side. A University of Massachusetts poll last month found that only 7 percent of Republican voters blame the former president for the Jan. 6 riot. So who was at fault? An astounding 31 percent blame the Democratic Party, and 22 percent blame the leftist antifa movement — testimony to the mind-bending effects of political polarization.

Those poll numbers have crushed whatever remnant of backbone Republican leaders previously displayed and made support for any investigation into whether Trump helped incite the riot look dangerous.

Especially to the ambitious.

If Republicans win a majority in the House of Representatives in next year’s congressional election, as appears likely, McCarthy could be speaker of the House, something he has longed for. And if the GOP picks up just one additional Senate seat, McConnell will regain the powerful job of Senate majority leader.

It’s amazing how the prospect of power can kill a politician’s fleeting impulse to claim the moral high ground.

A serious investigation of Jan. 6 is the right thing to do for the country. If we don’t understand how the insurgency happened, how can we prevent it from happening again? But it could easily become a long, nationally televised embarrassment for the GOP — and a personal embarrassment for both McCarthy and McConnell.

A full-scale probe would have to call Trump as a witness. It would also have to summon his vice president, Mike Pence, who appealed in vain for help as he hid from mobs chanting, “Hang Mike Pence!” It would need to call McCarthy, who told other Republicans that when he asked Trump to intervene, the president praised the rioters, saying, “I guess these people are more upset about the election than you are.” And it would call at least three Republican House members who were reportedly in contact with the extremists while they marched on the Capitol.

None of that sounds like a plus for the Republican cause.

But don’t take that from me; one of McConnell’s lieutenants, Sen. John Thune, explained candidly last week that an inquest would get in the way of the GOP’s campaign message for 2022.

“A lot of our members … want to be moving forward and not looking backward,” he said. “Anything that gets us rehashing the 2020 elections, I think, is a day lost on being able to draw a contrast between us and the Democrats’ very radical left-wing agenda.”

In other words: Move along, folks, nothing to see here. The invasion of the Capitol is ancient history; let’s talk about how President Joe Biden is (to quote Kevin McCarthy) “governing as a socialist.”

Last week, the Democratic-led House voted to authorize an independent commission, with 35 Republicans breaking ranks — and defying McCarthy — to vote yes. But the bill still needs 60 votes in the evenly divided Senate, and McConnell has planted himself firmly in the way.

There will still be several investigations of what happened on Jan. 6, even if McConnell succeeds in blocking a commission. House and Senate committees are already examining the episode, and House Speaker Nancy Pelosi has the power to launch a special committee with a Democratic chair.

Those panels may subpoena Trump, but he can be expected to fight every summons, just as he did when he was president, and legal challenges can delay testimony for months or years. If Republicans win congressional majorities in 2022, the investigating committees may simply expire.

In any case, panels run by politicians with party labels rarely achieve as much legitimacy and credibility as an independent commission. The best way to inform the public would be a bipartisan panel, as free from politics as possible.

Maybe that’s why Trump, McCarthy and McConnell are fighting so hard against one.

Doyle McManus is a columnist for the Los Angeles Times.