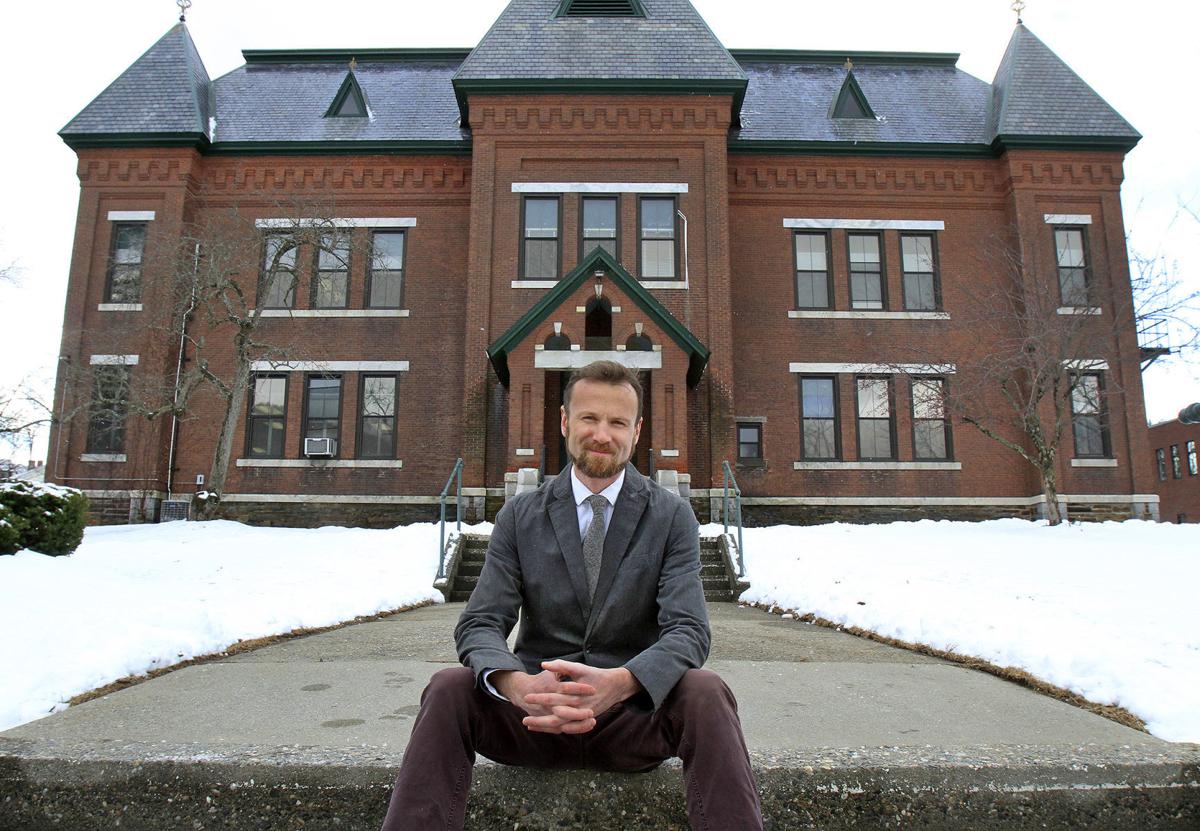 Thursday. Dotson will start in the role Feb. 3. 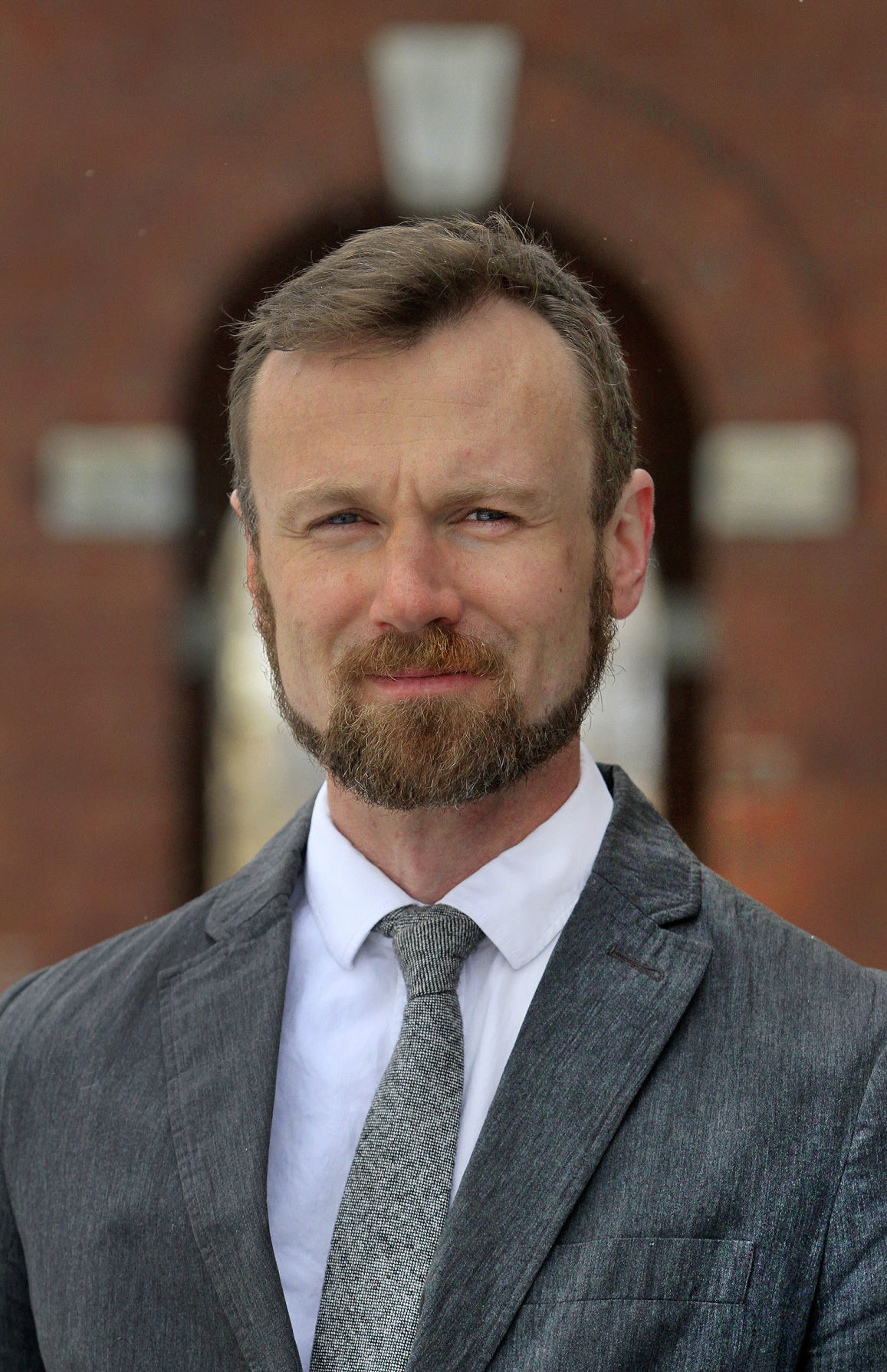 Thursday. Dotson will start in the role Feb. 3.

BRATTLEBORO — Stephen Dotson wants to rebuild the world into something he can believe in. And as Brattleboro’s first sustainability coordinator, that’s exactly what he plans to do.

Dotson, who starts his new role on Feb. 3, said the position is a perfect blend of his previous climate change and sustainability work.

“I’ve worked in different aspects, whether it’s wastewater, housing, renewable energy or even stuff like non-vehicular transportation,” Dotson, 35, said. “I saw this position as a way to bring all those jobs together ... that would draw on all those different backgrounds and make the most out of the community.”

The Putney resident’s passion for sustainability work stems from his college years at Guilford College in Greensboro, N.C., where he read the book “Gaviotas: A Village to Reinvent the World.”

The book, by Alan Weisman, follows the story of a Colombian development worker in the ‘60s who turned a nearly uninhabited portion of the country into a successful experiment in sustainable living.

“[He] achieves so many things by looking at creative, local solutions to local problems, not trying to take solutions from elsewhere and making them work,” Dotson said. “The book showed me there are other ways to tackle these seemingly massive problems, but you have to operate on a very human scale. I think that’s something that Brattleboro and this region is good at.”

Following his graduation with a bachelor’s degree in philosophy and social anthropology, the Virginia native spent more than a decade dedicated to sustainability and social justice programs.

But what inspired his move to the Green Mountain State in 2014 was his work with the U.S. Strong campaign, which went to the Jersey Shore following Hurricane Sandy.

Dotson was focused on documenting the true costs of the hurricane’s damage, and interviewed local planners about what it would take to rebuild and create a functional economy again.

“We were trying to convince lawmakers that every dollar spent preparing for extreme weather events was worth almost $10 spent in disaster- and emergency-response money,” he said. “If we are trying to really think economically, we need to think in a proactive way. We were able to change the conversation.”

Dotson said his six months on the shore made him realize he wanted to be somewhere that values its natural resources and is working to preserve and improve them. For him, Vermont seemed like the perfect fit.

“I heard these stories of these sweet old ladies who worked their whole life, and their dream was to have a little cottage on the Jersey Shore. Now, it’s been swept away, and they’ll never get it back,” he said. “I couldn’t imagine putting myself in that position. I wanted to put myself somewhere that was experimenting with different solutions, and I thought southern Vermont really hit the mark.”

In recent years, Dotson served as the communications director for the nonprofit Northeast Sustainable Energy Association in Greenfield, Mass.; as a corporate sustainability operations associate for OneReport Inc., a software company in Brattleboro; and as an associate director of the Rich Earth Institute in Guilford, Vt., which turns human urine into fertilizer.

He’s also been a commissioner on the Windham Regional Commission, a member of the Southeastern Vermont Economic Development Strategies board and on the leadership team for the Ecovation Hub — a Brattleboro-based initiative to replace the jobs lost due to Vermont Yankee nuclear power plant’s closure in 2014 with new ones in the green building and resilient design fields.

In his position as Brattleboro’s sustainability coordinator — which is part of the town’s Planning Services Department — he will promote various aspects of sustainability within the town government and community by evaluating and integrating long-term economic, environmental and social considerations.

During the last annual representative town meeting, members approved a motion to allot $100,000 for energy and sustainability projects, the Brattleboro Reformer reported. The town’s Energy Committee decided in April to replace its energy coordinator position — which had been vacant for more than a year — with the new sustainability coordinator role.

“The town plan really supports sustainability and how the town, as a whole, can strive to be a more sustainable place,” Graminski said. “With his experience, what [Dotson] is going to bring to the table ... I think he’ll help us reach and implement those levels of sustainability.”

Dotson — who was selected out of 75 applicants on Dec. 17 — noted the progress Brattleboro has already made with sustainability, such as identifying cost savings for implementing energy-efficient improvements and attracting inventors to the area to come up with creative solutions to environmental challenges.

It’s hard to say what his priorities will be once he’s in the new position, he said, but going off of the town’s previous work will be a good starting point.

“There is a lot of assessment that has already been done by the town, which shows where we have some of the most bang for our buck when it comes to energy performance and efficiency,” he said. “I think the most straightforward piece is how we make the town the most efficient.”

Improving the town’s lighting systems and heating systems, he noted, would be some ways to accomplish this.

And as he continues to think of ways to keep the town moving forward in sustainability, he said he’s fortunate to have been chosen for the role in the first place.

“I’m incredibly humbled to have the opportunity to serve in this position,” he said. “It’s exceptional for a town of Brattleboro’s size to have a sustainability coordinator. The community’s engagement in demanding for the creation of this position says a lot.”

At a glance: Stephen Dotson