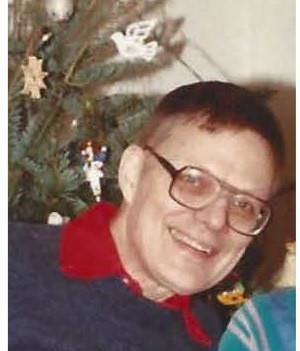 During his last few years, Dr. Ward Stoops often said, “I’ve had a good life. I’m ready to see what’s on the other side.” He headed there on April 18, 2021, several hours after hugging his children for the first time since March 2020.

Ward was born in Champaign, Ill., in 1928, but spent most of his childhood in North Girard, Pa. His inquisitive and adventurous streak started very young with squeezing bumblebees (because he thought that’s how you got honey). He jumped between ice flows on Lake Erie, hitchhiked with his bike through bad weather on the Erie Canal, shared Mt. Katahdin with his bride during a hurricane, raced thunderstorms in a sailboat, and cross-country skied at 90. Growing up during the Great Depression taught Ward about thriftiness and hard work. One winter, his family lived in an uninsulated cottage, hauling water from a frozen lake to store in a bathtub (where it froze).

Ward met his wife, Anne Jones, of Newton, Mass., on a blind date in the White Mountains. When Anne stuffed snow down his neck, he dropped her into a snowbank, making quite an impression (a hidden rock gave her a concussion). Not giving up, he courted his bedridden girlfriend with roses that froze in his unheated car. They married in 1954, and had their daughter, Deborah, in 1956, and their son, Matthew, in 1971.

Ward loved music, playing the flute in UU churches, marching in D.C. with the Temple Band, touring in Europe with the Monadnock Chorus, and singing Gilbert and Sullivan on stage and with friends. Ward graduated high school as valedictorian in 1947, worked his way through Antioch College and Harvard Dental School, served as a dentist in the USAF, and opened his children’s practice in Needham, Mass. In 1968, he relocated to Peterborough (and later Jaffrey), becoming New Hampshire’s first pediatric dentist. He taught dentistry, served as president of dental societies in Massachusetts and New Hampshire, volunteered at free dental clinics in rural Maine, helped establish Crotched Mountain Rehabilitation Center’s dental clinic and served as staff dentist for 25 years, and retired at age 78.

A celebration of life will be held at a later date. No flowers; please donate to Sustainable Harvest International or SPNHF. The Cremation Society of New Hampshire has been entrusted with arrangements. To view an online tribute, leave a message of condolence or for more information, please visit www.csnh.com.