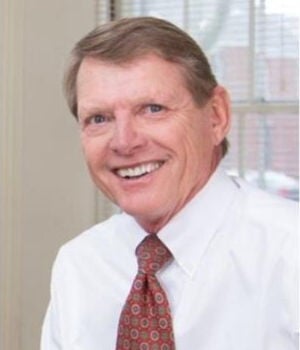 Walter H. Rohr, 70, a longtime resident of Nelson, passed away May 5, 2020, in Switzerland, with the aid of Dignitas, after a terminal cancer diagnosis.

Walter was born Wolfgang Riechmann in Hannover, Germany, on Nov. 20, 1949. His father died when Wolfgang was very young. After a few years, his mother met a U.S. Army service member in Germany, and Wolfgang, his brother and mother became naturalized American citizens and moved to Ft. Hood, Texas. After several years as an “Army brat,” Wolfgang, his brother and mother returned to the United States in 1964. At that time, his name was changed to Walter Rohr.

Walter attended DeWitt Clinton High School in The Bronx, N.Y. He worked his way through college loading buses on the midnight shift at the Port of New York Authority bus station. He graduated with a philosophy degree from Ohio Wesleyan University in 1971. At that point, the Selective Service Board came calling and Walter transformed from a free-wheeling, long-haired hippie to no hair as an Aviation Officer Candidate in Pensacola, Fla. and received his commission as a U.S. Naval Reserve officer.

After an honorable discharge he moved to Keene and started an insurance career. After 10 years working for various insurance organizations locally, he founded Insurance Planning Group in 1985. The agency was later named IPG Employee Benefits. The agency had wonderful partners and associates who helped grow the agency to four locations in New Hampshire and Vermont. The agency was merged with The Richards Group in November 2019. Walter was well known for always wearing a dark business suit, white shirt and red tie. It was his business uniform.

Walter married Virginia Falk Rohr in 2002 and they proudly blended two families. Everyone loved their home — the Pump House Farm in Nelson — and the parties became legendary.

Walter was a very involved community supporter and was proud to be a board member of many outstanding local nonprofit organizations, including HCS and Cheshire Medical Center. He also served as a Nelson town selectman for eight years.

He had a lot of fun and joyful times with five blended family children and seven grandchildren. Walter and his wife, Ginny, loved spending time traveling, skiing, fishing, golfing and living life to the brim. Family and friends were always welcome. All you needed to bring was a smile and a bottle of wine. Laughter and merriment were constant.

Walter is survived by his wife, Ginny; his children from his prior marriage to Julia Pakradooni: Andrew Rohr and his wife, Bailey, of Avon, Colo.; and Haleigh Rohr of Los Angeles; his brother, Arthur Rohr, and his wife, Lynn Udick, of Cortez, Colo.; as well as Ginny’s children: Jeb Ledell, Jennifer Quirk and Emily Falk Eby. Walter, aka, “Sir,” is also survived by his grandchildren: Westleigh Rohr, Annalyn Eby, Jason and Iris Ledell, and Brendan, Kevin and Kayla Quirk.

In keeping with Walter’s wishes, there will be no calling hours and a private service. If you would like to make a donation in Walter’s memory, please support a donation to Home Healthcare Hospice and Community Services and/or Monadnock Family Services.