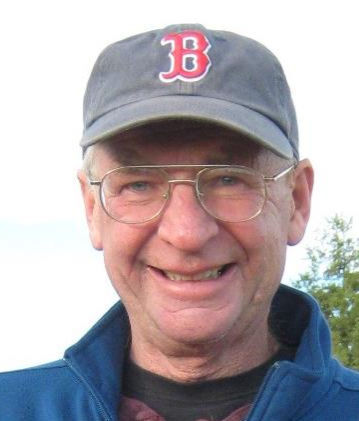 Growing up in Center Ossipee, he had what he said was an idyllic childhood fishing, playing baseball, exploring the woods with his friends, and spending summer Sundays at his grandparents’ camp on Ossipee Lake with his cousins.

He graduated from Kingswood Regional High School, where he was co-captain of the football team and was selected to the 1966 Division IV All-State Team. He attended Bowdoin College and received a bachelor of arts in political science from the University of New Hampshire.

After moving to the Monadnock Region in the 1970s he was employed as a carpenter, working for Emile Legere, Cheshire Builders and in the carpentry shop at Cheshire Medical Center. Following his retirement, he volunteered for RSVP.

Walt enjoyed hunting, fishing, kayaking, camping, visiting the national parks and hiking, especially in the desert southwest. He liked working on his antique house and in his gardens. He was always trying new varieties and methods and was especially proud of his strawberries and corn, which he shared with friends and neighbors. He also enjoyed many trips to Las Vegas — he loved the food, the shows, and hitting the occasional royal.

Walt will be remembered as a quiet and gentle man with a dry sense of humor and a kind word for all.

He is survived by his wife of 49 years, Ginna; his son and good friend, Nick; and his sister, Dianne Applin, of Stephentown, N.Y. He was predeceased by his daughter, Sarah; his parents, Donal and Ruby Pearson; and his sister, Elizabeth Baxter.

There will be no services. In lieu of flowers, please make a donation in his memory to the charity of your choice. All services are under the care of Cheshire Family Funeral Home and Crematories, 46 South Winchester St., Swanzey NH 03446 (www.cheshirefamilyfh.com).