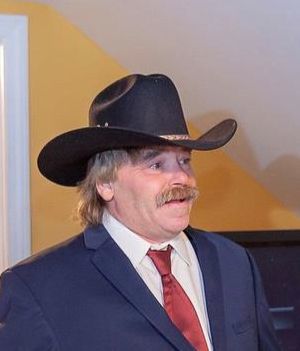 Timothy A. “Timmy” Green, 51, a longtime resident of Keene and formerly of Stoddard, died on Monday, June 22, 2020, at Cheshire Dartmouth-Hitchcock Medical Center in Keene. He passed peacefully after a period of declining health.

He was born the son of Mary L. (Birkbeck) and the late William “Kenny” Green on June 25, 1968, in Lowell, Mass. He grew up in Westford, Mass., and attended Nashoba Valley Technical. Timmy worked at Damon Insulation of Bow for 20 years. They were his second family and best friends. Aside from his family, nothing made him more proud than his work and the friendships he made there.

In 1993, Timmy met his wife, TerriAnn, at a campground in Epsom. They married 10 months later in May of 1994 and together they built a beautiful life, full of happiness and love. Tim loved to fish, hunt and explore. He loved a road trip and made several journeys up and down the East Coast, taking his family to Disney and Universal Studios. In 1996, they moved across country to live in Arizona for a few years and drove out to California to take the kids to Disney and Knott’s Berry Farm. But, of all the places they traveled, home with his girls was his favorite place to be.

Tim was an avid sports fan. He attended numerous NASCAR races and looked forward to football Sundays with his family.

Timmy was an amazing father, husband, son, brother, brother-in-law and friend. Once he met you, he considered you his family.

Timothy is survived by his wife, TerriAnn (Volpini) Green, and their daughters Toni and Tess Green, all of Keene.; his mother, Mary Green, of Merrimack, his stepmother, Florence Green, of Casselberry, Fla.; his siblings: Melissa McGeeney and her husband, Paul, of Westford, Mass.; Shannon Smith and her husband, John, of Lowell, Mass.; Kimberly Green of Merrimack; Randy Cobleigh and his wife, Veronica, of Manchester; his sister-in-law, Stephanie Pelley, and her partner, Mark DeSantis, of Concord; his brother-in-law, John D. Volpini, and his wife, Wendy, of Braintree, Mass.; and his beloved cat, Kali, and dog, Jasper. He is also survived by many nieces, nephews, cousins, aunts and uncles, all of whom he cherished dearly. He is predeceased by his father, William Green, and daughters Tiffany Green (1995), Tori Green (2000) and Jessica Green (2016).