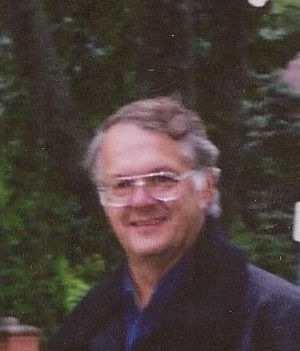 Robert A. “Bob” Selby, 74, a longtime resident of Keene, and formerly of Enfield, died on Saturday, Nov. 6, 2021, at Cheshire Dartmouth-Hitchcock Medical Center in Keene. He passed peacefully with the love of family near after a period of declining health.

Robert was born the son of the late Florence (Blain) and Ernest Selby on Dec. 30, 1946, in Hanover. He was educated locally and graduated from Keene High School with the class of 1964.

Soon after high school Bob enlisted in the U.S. Air Force during the Vietnam War. He served as a radio repairman and was honorably discharged on Jan. 1, 1968, at the rank of Sgt./E-5.

On Nov. 1, 1969, he exchanged vows with Maureen I. Dom at the Methodist Church in Canaan. They were married with family and friends in attendance and have been married for 52 years.

Bob was employed by the Vermont Yankee Nuclear Power Plant in Vernon, Vt., as the Manager of Maintenance for 40 years. He retired in 2008.

He enjoyed many things in life. Time was spent building and flying remote controlled airplanes and playing golf. He and his wife, Maureen, traveled the world extensively. They explored the country in their recreational vehicle. In the winter time Bob could be found snowmobiling. He was a longtime member of the American Legion in Brattleboro and Ruck-Up Inc. in Keene.

Mr. Selby is survived by his wife, Maureen I. Selby, of Keene; his sons, Gene L. Selby and his wife, Sherry, of Keene, and Lee A. Selby of Keene; and a sister, Carol Cormier, and her husband, Ed, of Roxbury. In addition, he is survived by cousins, extended family and friends.

A celebration of life service is being planned for the spring of 2022. In lieu of flowers the family has asked that donations be made in memory of Robert A. Selby to: Ruck-Up Inc., 42 Upper Knight St., Keene NH 03431. All services are under the care of Cheshire Family Funeral Chapel and Crematories, 44 Maple Ave., Keene NH 03431 (www.cheshirefamilyfh.com).