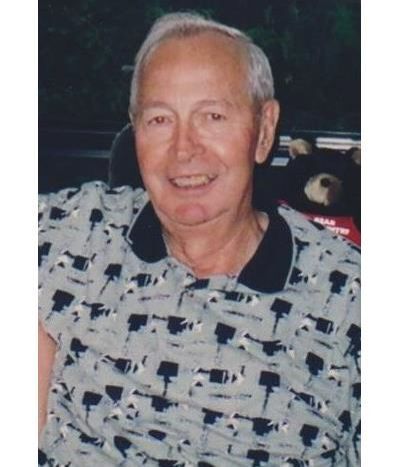 Richard L. “Dick” Pregent, 92, a lifelong resident of Keene, passed away peacefully at his home on Saturday, July 17, 2021, surrounded in the love of his family.

His parents, Edward and Nora (Herbert) Pregent, welcomed their son into the world on Dec. 11, 1928, in Keene. Dick was a 1948 graduate of Keene High School.

He was inducted into the U.S. Army on May 16, 1951, where he proudly served his country during the Korean War. He transferred to the Army Reserves on May 8, 1953, where he continued his service in the reserves until his honorable discharge on Aug. 28, 1956. Dick was a member of the Gordon Bissell American Legion Keene Post No. 4.

Dick started his work career at the age of 16 working part-time with Markem Corporation in Keene. Following his graduation from high school, he continued working with Markem in international sales, retiring after 47 years of service.

Not wanting to stay idle following his retirement, Dick worked part-time in the mailroom with the Peerless Insurance Company of Keene for several years.

When not hard at work, he enjoyed golfing and was a member of Bretwood Golf Course in Keene. He also enjoyed taking long walks, stopping along the way to visit with people, whom he enjoyed striking up a conversation with.

He was a parishioner of St. Bernard Church in Keene and a member of the Moose Lodge in Keene.

His favorite pastime was the time spent with his family, especially his grandchildren, and creating many wonderful memories at the family gatherings he so loved.

Funeral services will be held at a date and time to be announced.

In lieu of flowers, for those who wish, donations may be made in Mr. Pregent’s memory to Home Healthcare Hospice and Community Services, P.O. Box 564, Keene NH 03431-0564.