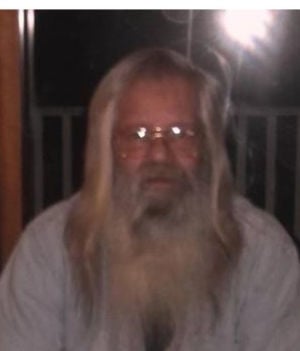 Richard was born the son of the late Jessie C. (Schlichting) and Charles J. Rudolph on Oct. 24, 1945, in Keene. He was educated locally and graduated from Brattleboro Union High School, class of 1963.

Soon after high school, on Dec. 31, 1963, he enlisted in the U.S. Navy during the Vietnam War as an engineman. He served his enlistment and was the recipient of the National Defense Service Medal and the Vietnam Service Medal. He was honorably discharged at the rank of EN3, Petty Officer 3rd Class, E-4 on March 22, 1968.

On Oct. 20, 1990, he exchanged vows with Christine Mears at the Grange Hall in Spofford. They were married in a simple service with close family and friends in attendance. Sadly, Christine passed on July 2, 2011, after almost 20 years of marriage.

He enjoyed racing and going to local tracks with his son Gordon, camping in Hampton and deep-sea fishing. His shop was where the party was at. He would always have his country music playing, a fridge full of beer, and funny signs hung everywhere. It was not only the family hangout, but neighborhood and friends knew it was the place to be from mid-morning until after midnight. Dick was always ready with a good story and plenty of laughs. In his recent years, time was spent at the American Legion Post 5 with his “buds.” He was a long-time member of the Spofford Volunteer Fire Department.

Mr. Rudolph is survived by his children, Melissa D. Jordan and her husband, David, of Spofford and Gordon E. Rudolph and his wife, Tammy, of Marlborough; a brother, Robert Rudolph and his wife, Jean, of Westmoreland; three grandchildren, Eric Wortman, Kaylea Davidson and Joshua Beets; three great-grandchildren, Auzeleigh Wortman, Colt Wortman and Tzion Davidson-George; and a nephew, Charlie Rudolph. In addition, he leaves cousins and extended family and friends.

Calling hours will be held on Sunday, Nov. 17, 2019, from 2 to 4 p.m. in the Cheshire Family Funeral Chapel, 44 Maple Ave., Keene. In keeping with Dick’s wishes there are no formal religious services. A burial and celebration of his life will take place in the spring.

In lieu of flowers, the family would prefer donations be made in memory of Richard D. Rudolph to Spofford Volunteer Fire Department, P.O. Box 138, Spofford, NH 03462; or to Hospice and Community Services, 312 Marlboro St., Keene, NH 03431.

All services are under the care of Cheshire Family Funeral Chapel and Crematories, 44 Maple Ave., Keene (www.cheshirefamilyfh.com).